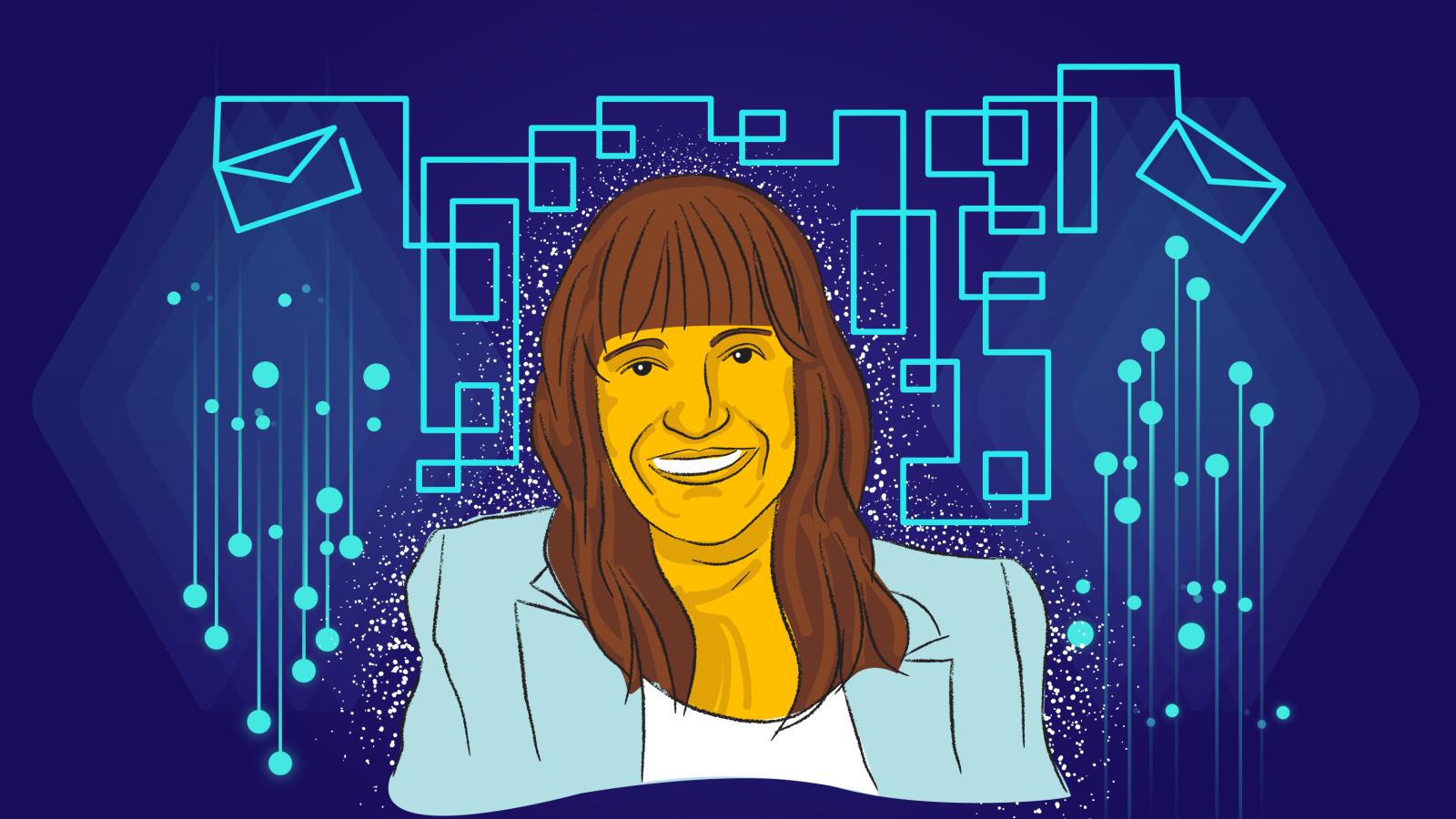 After receiving her PhD in 1988 in condensed-matter physics, Argentinian physicist Maria Teresa Dova was unsure about her next career step. She had spent the last several years at National University of La Plata in Argentina, studying the physical properties of materials. She was considering a related postdoctoral position in Lyon, France.

But professors in her department encouraged her to also apply for a different program. That one would base her at CERN, an international research institution in Geneva, which was then home to the predecessor to the Large Hadron Collider, a particle accelerator called the Large Electron-Positron Collider. Argentina was heavily involved in the theoretical side of particle physics, but this would bring Dova into a new world of experimental particle physics.

“I didn’t know what to do,” she says. “I applied to both positions and decided that I would leave it up to fate. Whatever letter arrived first, I would take that position.”

A few months later, she came into her office and found two envelopes sitting on her desk. Offers to take on both positions had arrived on the same day. “So really, it was my decision in the end,” Dova says.

She picked CERN. Later that year, Dova, her husband and their two children boarded a plane to Geneva. Her decision initiated a decades-long journey into experimental physics that she made sure not to take alone. 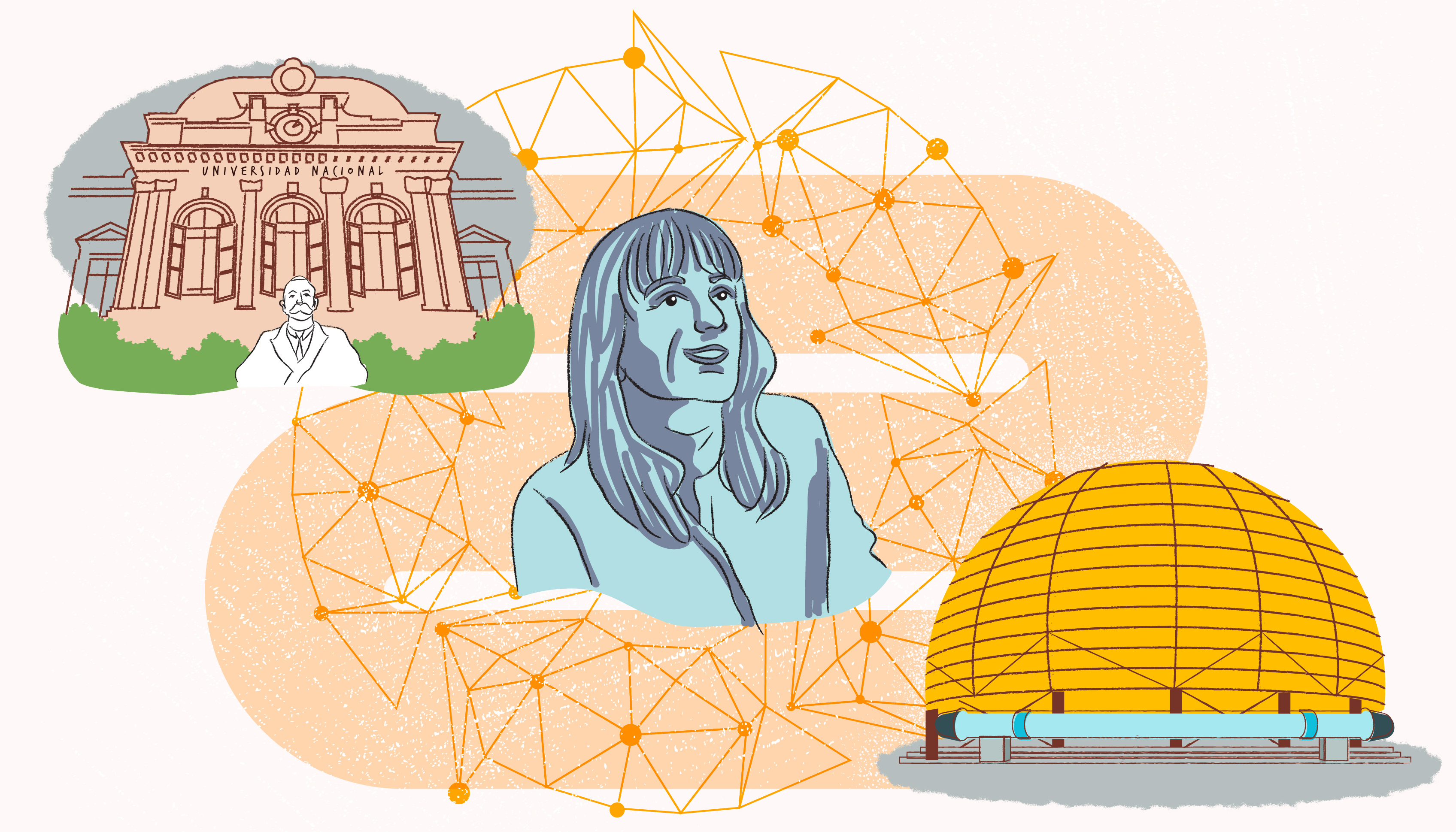 To CERN and back

At CERN Dova joined the L3 experiment at the lab’s signature particle accelerator, called LEP for short. Not only was she new to experimental particle physics, but she was also the only collaborator from anywhere in Latin America.

Dova says she barely slept during those first few months. “I wanted to show them that I was at their level,” she says.

After that initial period, though, any concerns she had about proving her worth melted away. “I was just one of the team,” she says. “It didn’t matter that I was a woman from Argentina.”

Dova learned how the international particle physics collaborations at CERN worked. They were collective endeavors organically grown and run by scientists from around the world. By the end of her postdoc, Dova knew she wanted to stay—and that she wanted to share the opportunity with the rest of her country.

Scientists were making plans for an exciting new project: the Large Hadron Collider. “I had this obsession that we need to be part of an LHC experiment,” she says.

But this time, she didn’t want to participate as an individual, but as a member of an Argentinian group.

She returned to National University of La Plata as a professor in 1992 and started building a small particle physics team. In 1996, she got her first chance to get Argentina involved in particle physics, in the form of a new cosmic-ray observatory.

Dova contributed to the early planning of the Pierre Auger Observatory, designed to study cosmic rays with an array of detectors situated in a remote part of Patagonia. The observatory, still operational today, covers 1200 square miles of land, an area about the size of the state of Rhode Island or the country of Luxembourg. She was elected chair of the collaboration board in 2001 and again in 2003. Throughout these developments, she continued to maintain a strong connection with the L3 experiment at CERN through her collaboration with Northeastern University, and in 2001 she became a remote adjunct research professor with the Boston-based institution.

Meanwhile, scientists at CERN were at work making plans for particle detectors to build at the LHC, including one called ATLAS. ATLAS would study particle collisions to search for, among other things, the Higgs boson, the final predicted piece of the Standard Model of particle physics.

Swiss physicist Peter Jenni, the first spokesperson for the proposed experiment, was scouting enthusiastic scientists from countries around the globe to build the new collaboration. In 1992 some 25 countries became the founding nations of the ATLAS experiment. But Argentina was not one of them.

Each participating country helped with essential functions such as designing, building, operating and funding the experiment. “Collaborators are not just invited to the table,” Jenni says. “They also bring something to the table.”

In 2005 Jenni heard about Dova and her longstanding interest in bringing Argentinian scientists into the experiments at CERN. He was impressed by her credentials and enthusiasm and invited her back to Europe to attend a weeklong ATLAS collaboration meeting.

“It was an extraordinary week,” Dova says. “I was fascinated by the experiment. When I came back to Argentina, I was completely crazy. I told my colleagues, ‘We need to do that. We need to join ATLAS.’”

Colleague Ricardo Piegaia at the University of Buenos Aires, who had gotten his break into experimental particle physics at Fermi National Accelerator Laboratory near Chicago, echoed her enthusiasm. They drafted a proposal to join the ATLAS experiment for their small team made up of two professors, two graduate students and one engineer. “That was the easy part,” Dova says.

She wanted their two-university team be part of something bigger; she wanted Argentina to join ATLAS as a country.

For Argentina to join ATLAS, they needed the Argentinian government to sign a memorandum of understanding with CERN and guarantee financial support for their program on ATLAS.

“To start something like this at a national level is a challenge,” she says. “But I was ready to accept that challenge.”

Nearly everyone Dova met in the Argentinian funding agencies was enthusiastic, but they could not guarantee financial support.

She kept trying. Dova met the President of the Argentina Funding Agency for Science and Technology, Lino Barañao, a rare government official who had trained as a scientist. She gave him her now well-rehearsed pitch: Joining the LHC program would provide Argentinians with new skills, new technology and new knowledge. This time, finally, her message found a receptive audience.

After two months of discussions and negotiations, Barañao visited CERN. Eighteen months later, he signed a memorandum of understanding that guaranteed Argentinian support of an Argentinian ATLAS group. Dova found additional financial support through a program provided by the European Union, which would help cover the costs for Argentinian scientists and engineers traveling to CERN during the early days of their cooperation with ATLAS.

In February 2006 Dova waited outside the main CERN auditorium while the more than 100 members of the ATLAS collaboration board considered her group’s proposal. She paced the halls as they discussed.

After 40 minutes, Jenni opened the door and invited Dova to come inside. “Everybody was clapping, and I was crying,” she says. “That was the moment. I thought: We are in. No one can stop this. 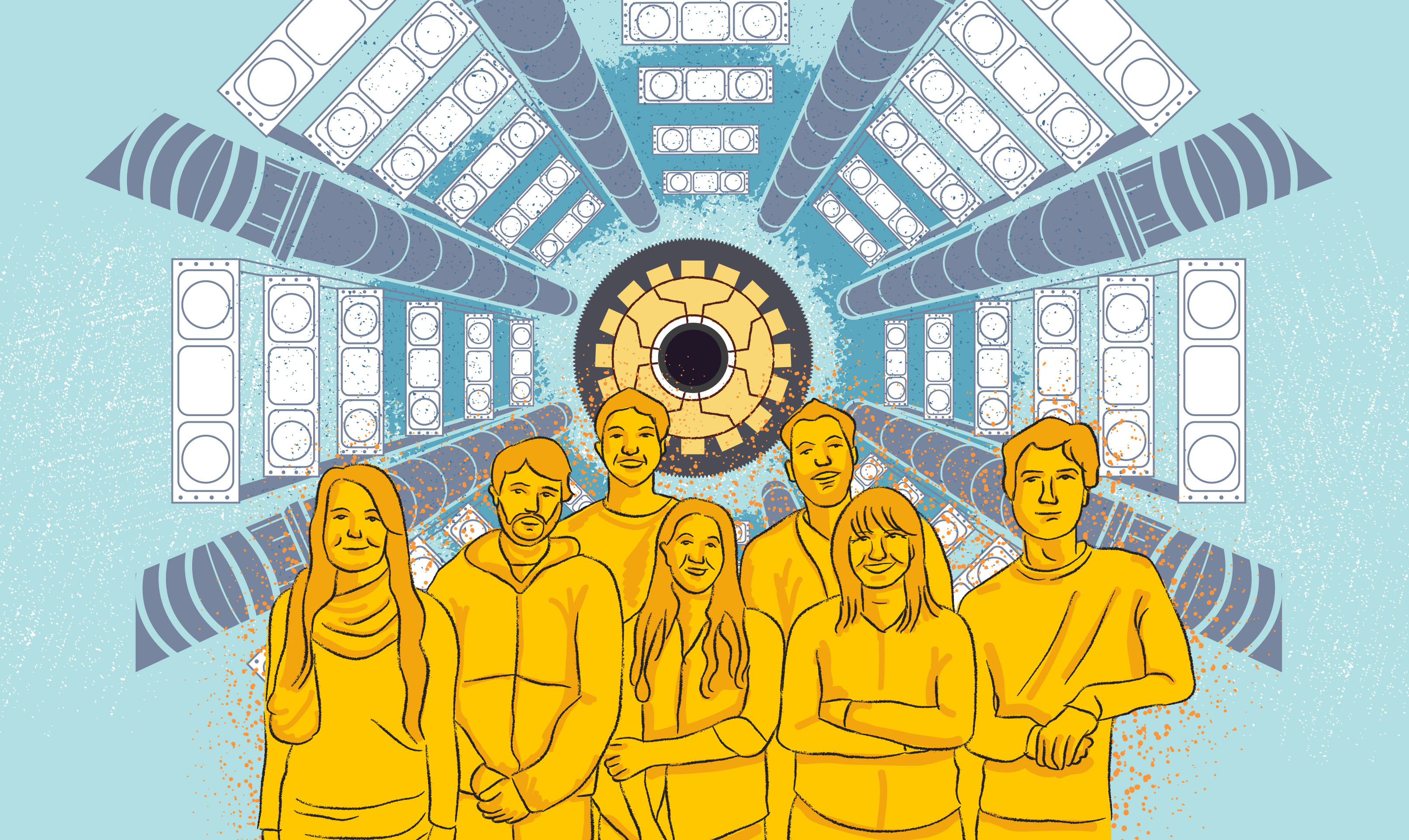 In 2012 Argentinian undergraduate physics student Josefina Alconada found herself in a situation similar to the one Dova had faced two decades earlier. She was at National University of La Plata, pondering the next steps in her academic career.

“You can study so many things in physics, and I didn’t know what I wanted,” Alconada says.

At the time she was considering focusing on phenomenology—the application of physics theory to experimental data. But before she committed, her advisor suggested she apply for the summer student program at CERN.

“I didn’t think that I liked experimental physics,” she says. “But after two months a CERN, it was where I had to be.”

Dova invited her to join the Argentinian ATLAS group, now 20 members strong. As members of ATLAS, these scientists have the same access to the experiment and its data as every other participating nation.

The more time she spent with Dova, the more Alconada understood how much had changed for physicists from Argentina. “I see how [Dova] fights for everything,” Alconada says. “We have less resources than other countries, and everything we could do was because of her. I’m super grateful and appreciate the fact that the place where I come from can offer these kinds of opportunities. If not for her, I wouldn’t be doing this.”

Today, Alconada is a postdoctoral researcher on the ATLAS experiment with Tel Aviv University. She says she hopes to eventually return to Argentina as a professor.

Dova’s group at National University of La Plata specializes in building software and performing physics analyses that find and characterize the particles of light emanating from particle collisions in the LHC. In 2012 those particles of light were key to the ATLAS experiment’s crowning achievement so far—the co-discovery (with the CMS experiment at CERN) of the Higgs boson.

Dova says she didn’t work to establish Argentina as a member of ATLAS for the sake of her career; she did it for Argentina. “Being part of a global effort and pushing the frontiers of knowledge is how we can move Argentina forward,” she says. “I want to leave a legacy for future generations.