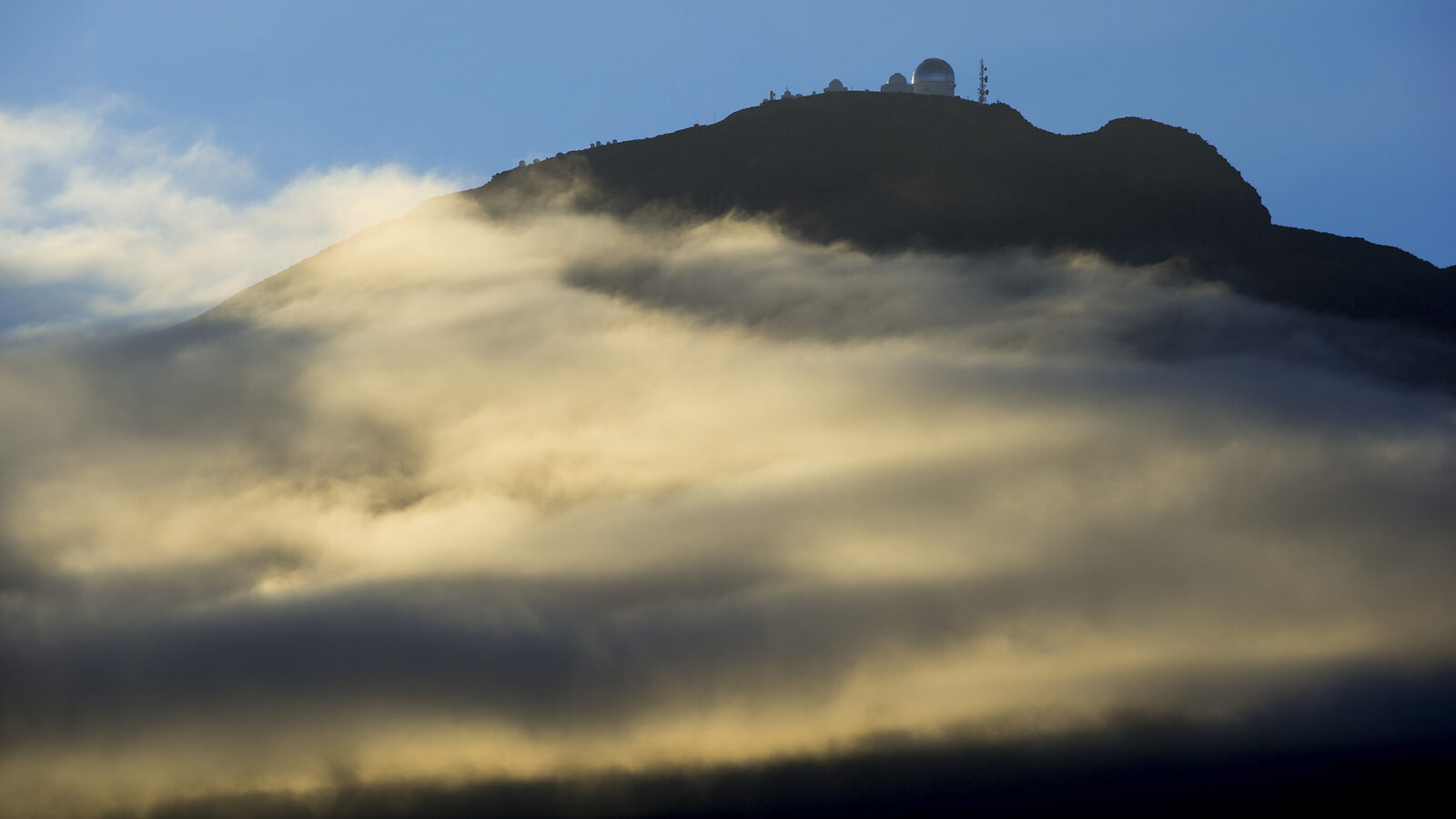 When the COVID-19 pandemic hit, travel bans and stay-at-home orders meant astrophysicists needed to find a new way to conduct their observations.

High in the Chilean Andes, about halfway between the Pacific coast and the border with Argentina, sits the Cerro Tololo Inter-American Observatory. At the end of a winding road into the mountains, a group of white and silver domes stand stark against the dusty earth.

It takes researchers three flights and a shuttle bus ride up the switchbacks to reach the observatory from the US Department of Energy’s Fermi National Accelerator Laboratory near Chicago. The trip takes about 24 hours one-way, and many astrophysicists in the Dark Energy Survey collaboration make it several times a year. They’re headed to the Victor M. Blanco 4-meter telescope, home to the Dark Energy Camera.

At least, that’s what they were doing, before a global pandemic threw a wrench in their travel plans.

Researchers using the Dark Energy Camera aren’t the only ones who ran into issues over the past year or so. When the pandemic hit, observations stopped short for the Dark Energy Spectroscopic Instrument at Kitt Peak National Observatory in Arizona. Both DECam and DESI receive funding from the Department of Energy, and the observatories are programs of the National Science Foundation's NOIRLab.

Not only was it difficult to travel to the observatory; once there, several people needed to work in the control room together, something they could no longer do, says Fermilab astrophysicist Elizabeth Buckley-Geer.

After a few months in shutdown, DESI restarted observations. They pared down the in-person team to a single operator—and sometimes a lead observer, who could work in a separate room.

Astrophysicists who normally made long journeys to the telescope instead scanned the stars from their own homes, using the same web-based software they’d used at the observatory, while connected to a virtual private network.

DES researchers Sahar Allam and Douglas Tucker, who are married, have observed from home since even before the beginning of the pandemic. The setup in their office is fairly simple. Tucker says he connects a laptop to two other monitors. While they work, their black-and-white cat wanders between the screens.

Tucker and Allam both say that flipping through lots of tabs becomes a necessity, as they’re used to having double the number of monitors in the control room. During observing shifts, the remote researchers stay in contact with the telescope operator via Zoom call.

Buckley-Geer says she has a similar setup in her home office.

“Personally, I think it's somewhat better to be in the control room seeing the instrument,” she says. “But it works. I mean, we haven't had any big disasters or problems, and we're taking very good data.”

While remote observing isn’t entirely new, it hasn’t been practiced at this scale before, says Antonella Palmese, who works at Fermilab on both DESI and projects using DECam. Many labs house remote observing centers where scientists can connect to observatories remotely. But when the labs went virtual during the pandemic, so did the centers.

Palmese says she’d observed remotely from Fermilab plenty of times, but doing it from home was different.

“I'm grateful for the opportunity to be able to get data, but I would say it's definitely not as exciting,” Palmese says. “One of the nice things about being an astronomer is being able to travel to the telescope and learn more about the instrument. It's just a different experience.”

Buckley-Geer notes that remote observing has some advantages. Reducing travel cuts carbon emissions, as well as saving time and money.

Palmese says she’d take the long trip to Chile once a year and stay at the observatory for around a week. But while remote observing, all she has to do is set an alarm and take a few steps into her living room.

One unforeseen advantage to switching to observing from home, Palmese says, was the ability to take advantage of time zones. International researchers, who might not normally make it out to the telescope at all, could pick up daytime observing shifts.

There’s no guarantee when in-person observing will resume. Even when it does, Palmese and Buckley-Geer guess that some adjustments will stick around.

“We designed the whole system to be able to operate remotely [from the beginning] because that's how we debugged problems and things like that,” Buckley-Geer says. “But we've given remote operating much more testing and much more use than we ever, ever envisioned.”

Still, Palmese says she looks forward to observing in-person again. She says she used to get a lot of her work done while observing in Chile because during downtime, she had her collaborators right there with her.

Palmese, Allam and Tucker say they miss in-person observing for reasons other than productivity.

“A lot of the time you’re inside the dome, in a lit room with a lot of terminals,” Tucker says. “But every once in a while, you go outside.

“And when your eyes adjust to the dark, you see the Milky Way spread over the sky. In Chile, you see the Magellanic Clouds. You can see galaxies which are visible by eye. And on the Andes mountain range, the Pacific Ocean is just about 30 miles away. So if you look outwards over the ocean, you see the sea fog coming in.”

Allam shares the sentiment. “It’s just beautiful,” she says. “Since we do it for years and years, it’s emotional. If you do it once, even just for your soul, you will fall in love.”