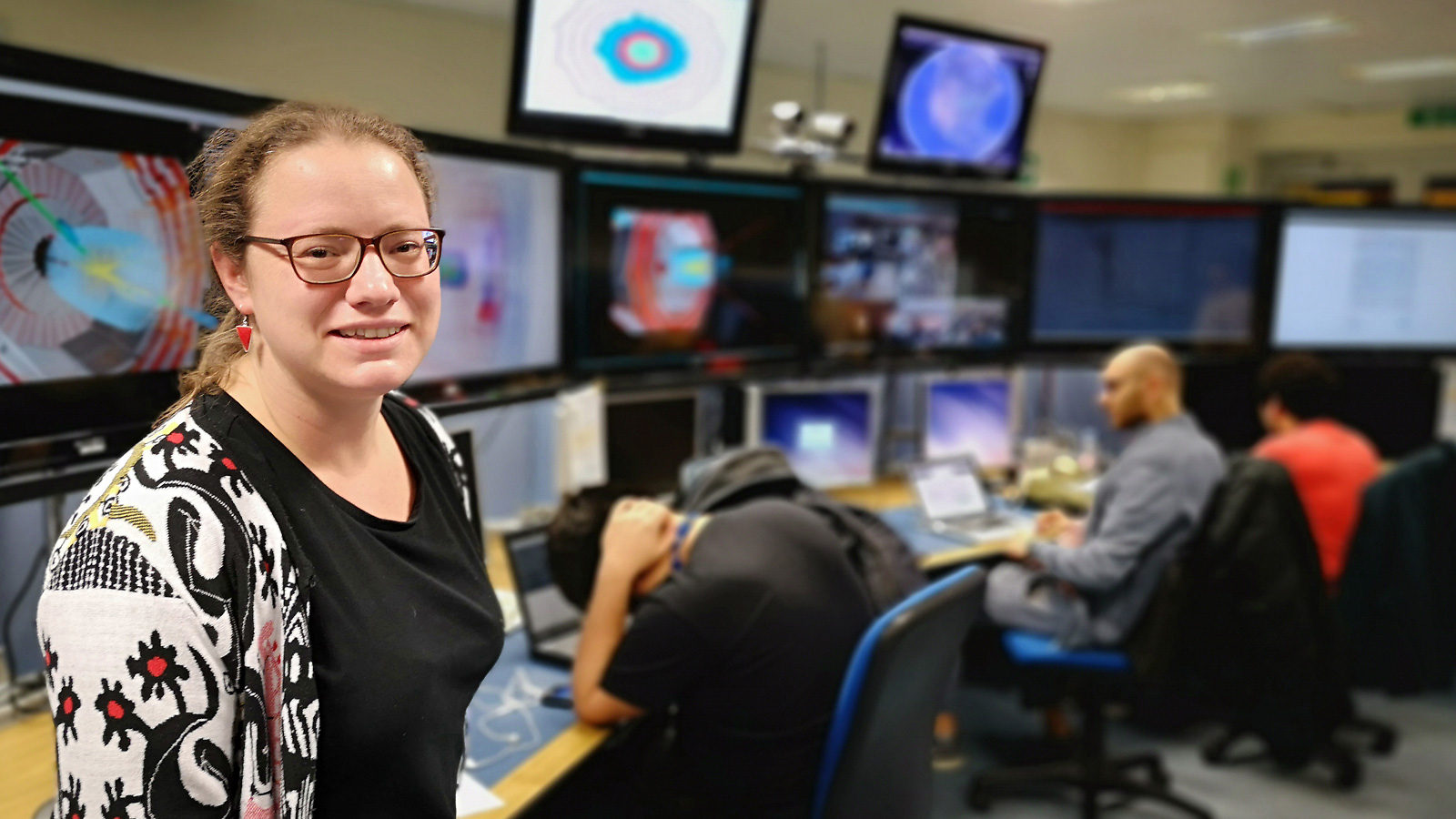 When physicist Marta Verweij arrived at CERN in early November, one of the first things she did was pull an all-nighter in the control center for the CMS experiment.

Verweij and her colleagues were trouble-shooting an issue with the CMS trigger system, which was letting too much data through and flooding their computing farm.

“Once we identified the problem, it was obvious,” says Verweij, who is a physics professor with a joint appointment at Vanderbilt University and the RIKEN group at the US Department of Energy’s Brookhaven National Laboratory. “But we had to look through 700 settings before we found it.”

Normally when the detector encounters a problem in the middle of the night, the shifters inside the control room alert the on-call expert, who looks into it while the rest of the collaboration sleeps. But when Verweij and her team smelled trouble, they ordered pizza and prepared to settle in for the night. That’s because Verweij is part of a small and specialized team that studies what happens when the LHC stops colliding protons and instead smashes together heavy atomic nuclei, like lead. And according to Verweij, every minute counts.

“We have four weeks to collect all the data we will use for the next three years,” she says. “During this run we work seven days a week and whatever hours needed. When the machine has no beam, like when the accelerator physicists are refilling the ion source, we can sometimes get some sleep.”

Scientists will use this data to study the properties of a very hot and dense subatomic material called the quark-gluon plasma. When two lead nuclei collide, their 416 protons and neutrons are liquefied and melt into an ultra-hot soup of quarks and gluons. Cosmologists suspect that the entire universe was filled with a quark-gluon plasma moments after the Big Bang, and astronomers theorize that this primordial material might still live in the hearts of neutron stars. For the last 20 years, experiments at CERN and Brookhaven have produced and studied this quark-gluon plasma, but because it is so short-lived, much remains to be discovered.

“We still don’t understand how it evolves over time and what its internal structure looks like,” Verweij says. “We know that it’s not homogenous, but we don’t know how quarks move through it.”

During this heavy-ion run at CERN, scientists are collecting more data than ever before and will be able to thoroughly investigate these tiny droplets of the early universe. As the run approaches its final few days, Verweij and her team are digging in and planning to finish strong, she says.

“Now it’s really about squeezing the last bits of data from the detector so that the real fun can start: looking for new signatures of this dense plasma and exploring uncharted territories.”