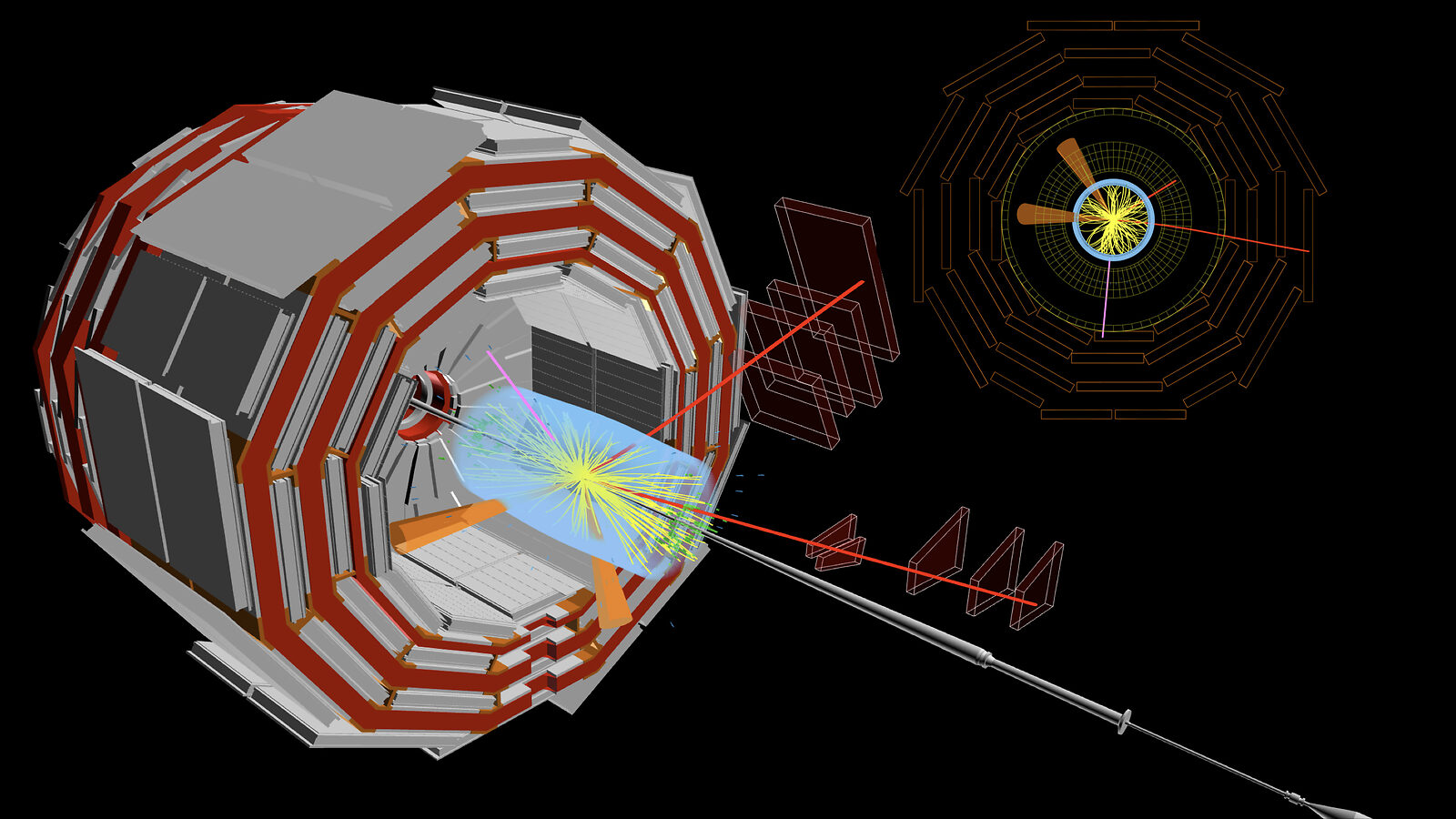 At the smallest scales, matter is governed by a series of rules outlined in the Standard Model of particle physics.

At low energies, these rules allow quarks and electrons to combine into stable atoms. As the available energy increases, the number of possible subatomic processes does as well.

“If you have enough energy, there is an arbitrarily large number of [permissible] Standard Model processes,” says Philip Chang, a postdoc at the University of California, San Diego. “But they all follow a few simple rules.”

Chang and his colleagues on the CMS experiment at the Large Hadron Collider are exploring how simple Standard Model processes can combine to form a more complicated picture. Recently, they observed a handful of extremely rare events: three heavy bosons emanating from a single proton-proton collision. Studies of these kinds of events are letting scientists stress test the Standard Model and look for cracks that could lead to new physics.

Written out, the Standard Model consists of an intimidating-looking series of equations. But the mathematics of it is governed by a few simple rules and relationships. For instance, a central principle within physics, including the Standard Model, is conservation of energy: Energy can be neither created nor destroyed, it can only change form.

In addition to classical conservation laws, subatomic particles also follow another set of rules that dictate their relationships with one another. “Some of these rules are very well understood,” Chang says. “Others are less well understood, and some have never been observed.”

For instance, it’s very well understood that quarks can interact by exchanging W and Z bosons. Physicists at the LHC are now examining incredibly rare processes involving multiple W and Z bosons to see what other players might be involved in this exchange.

“Tri-bosons can be produced in a few different ways,” says Northwestern University postdoc Saptaparna Bhattacharya, another member of the CMS collaboration. 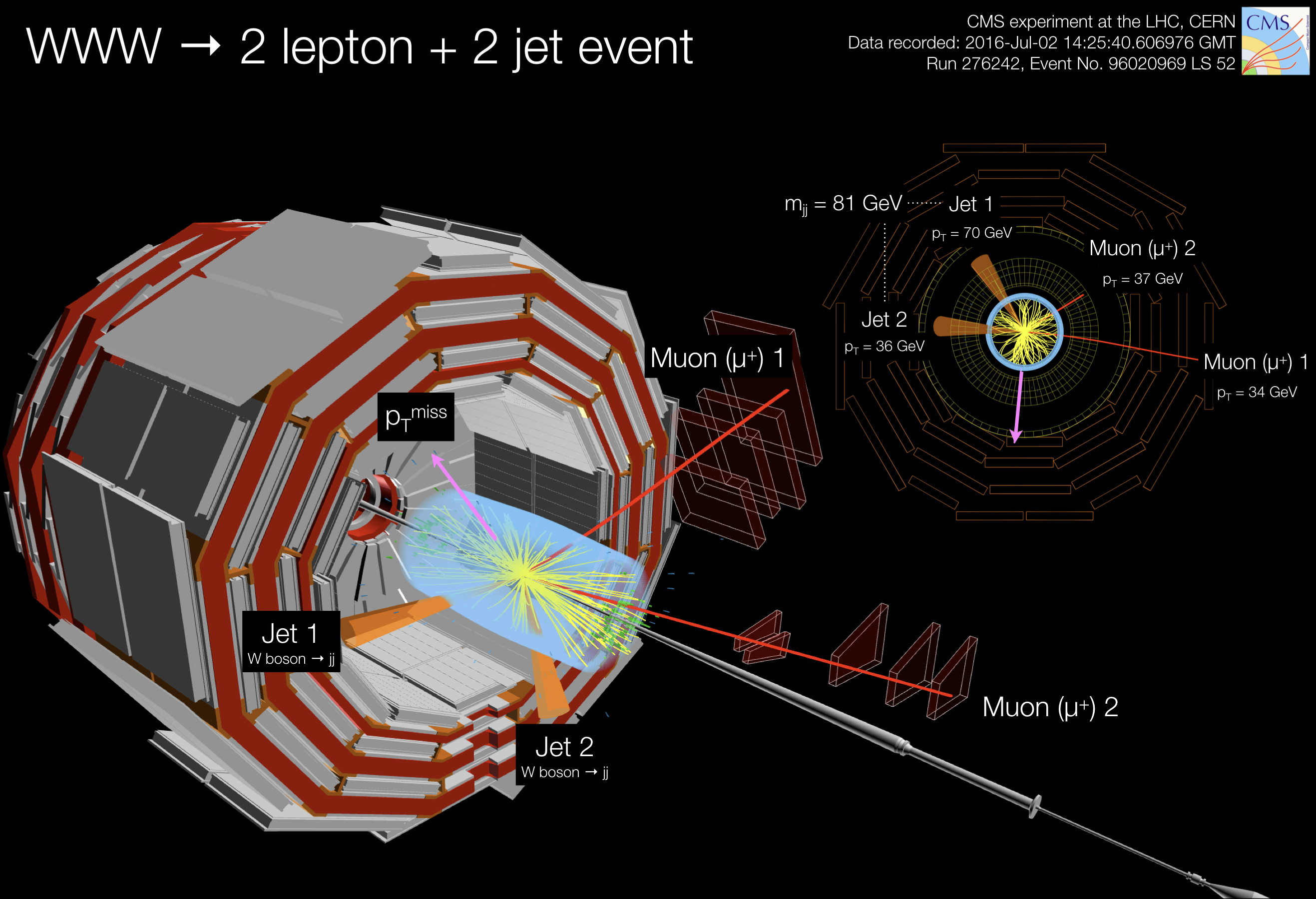 In theory, the quarks could interact in such an explosive manner that they would toss out three bosons all at once. But it’s highly improbable. More likely, these three bosons materialized through a combination of processes.

These types of complex processes reveal the intricate subatomic networks that enable seemingly impossible events to transpire. They also allow physicists to search for new rules and players that could be secretly influencing the subatomic world.

“These kinds of rare processes let us indirectly look for physics beyond the Standard Model,” Bhattacharya says. “If the rate is different from what we expect, it could be because there are other particles or processes influencing what we’re seeing.”

Funding for US participation in the CMS experiment comes from the US Department of Energy and National Science Foundation. So far, these tri-boson measurements have been in line with the Standard Model’s predictions. Their next step will be to increase their measurement’s precision and further tease apart the results to develop a detailed picture of what’s going on.