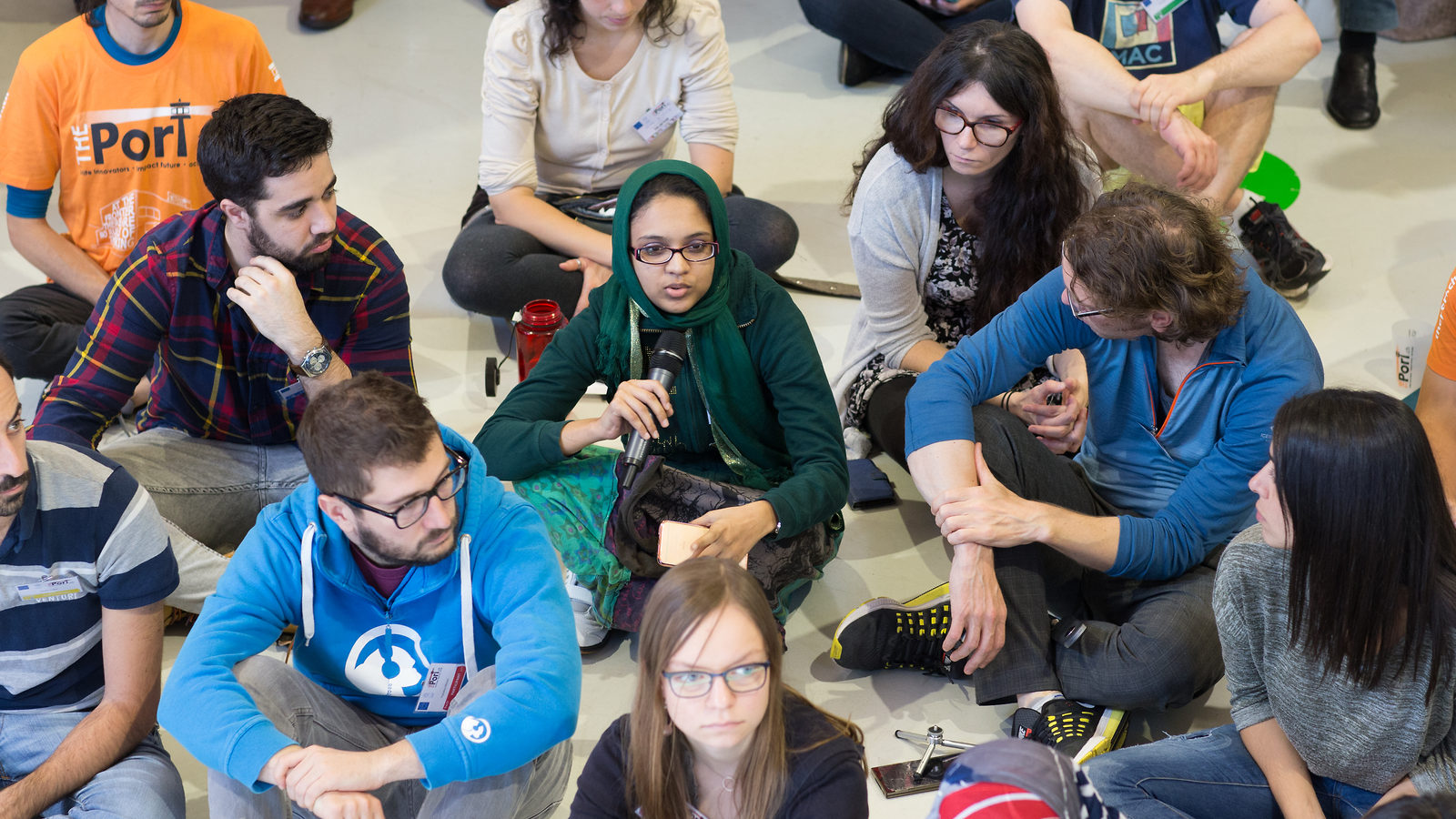 In October, scientists, humanitarian workers and people across various industries came together at CERN for an annual hackathon to develop solutions to some of today’s pressing humanitarian issues. The challenges included creating emergency housing networks, reducing counterfeit drugs and finding clean and safe ways to dispose of explosives.

The hackathon is run by an organization called THE Port. THE Port was born out of casual conversations at CERN’s social events, which tend to draw people from myriad industries—scientists and engineers, people working for international companies like IBM or Proctor & Gamble, and humanitarians and human rights workers.

“During these parties and barbecues, we had a lot of discussions, especially with people from the Red Cross and United Nations, and we often found instances where the technology we have here at CERN could help them do better work,” says Daniel Dobos, a physicist at CERN and a founding member of THE Port. The problem, however, was that after these events, the great ideas they generated would usually get lost in the rush of busy work lives.

In May 2014, 13 people decided to come together to try to make these ideas a reality. The best way to do this, they believed, was to host an event where people from various industries around the world could meet and tackle the challenges faced by humanitarian organizations. Later that year, they hosted their first hackathon at CERN’s IdeaSquare, a collective space for innovation-related events. Since then, the core team has grown to about 35 people and has hosted five more hackathons over the last two years, including a diplomatic hackathon with United Nations ambassadors as participants and a biotech hackathon aimed at solving health-related challenges.

These hackathons are typically hosted over three days, but the organizers carefully plan for many months before the event. Unlike typical hackathons that invite people to pitch their ideas from scratch, THE Port creates challenges based on the problems international organizations, nongovernmental organizations and individuals need solved.

“We wanted to make a hackathon that is much less spontaneous than normal hackathons,” Dobos says. “We spend half a year shaping a challenge that seems appealing for outsiders, broad enough to leave room for creativity and narrow enough so that it really helps fulfill the need in a foreseeable timespan.” 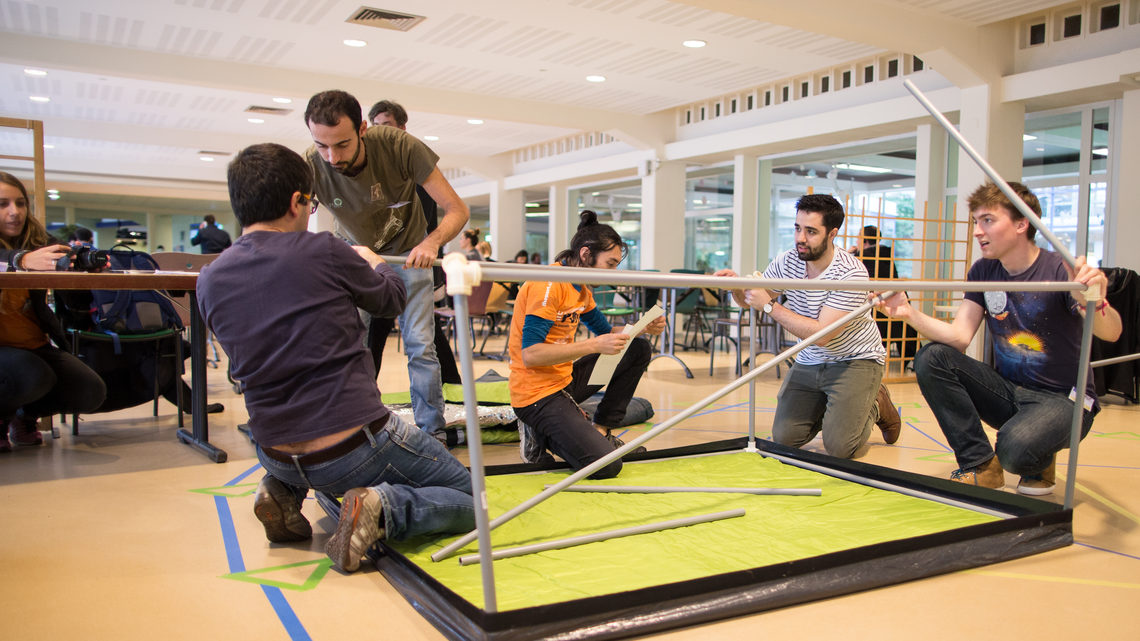 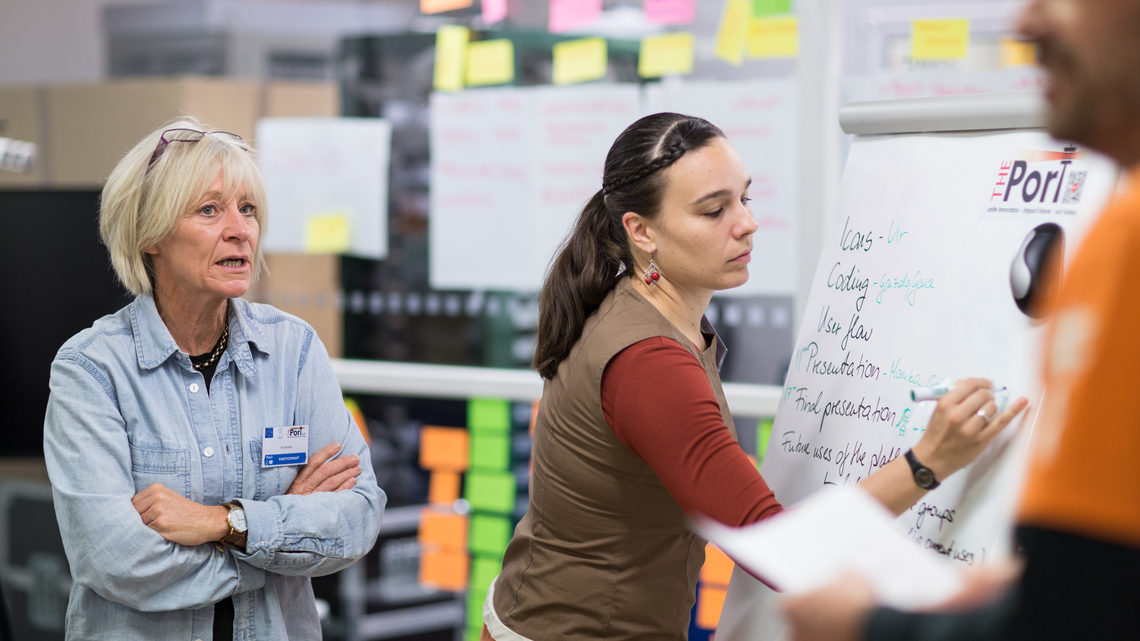 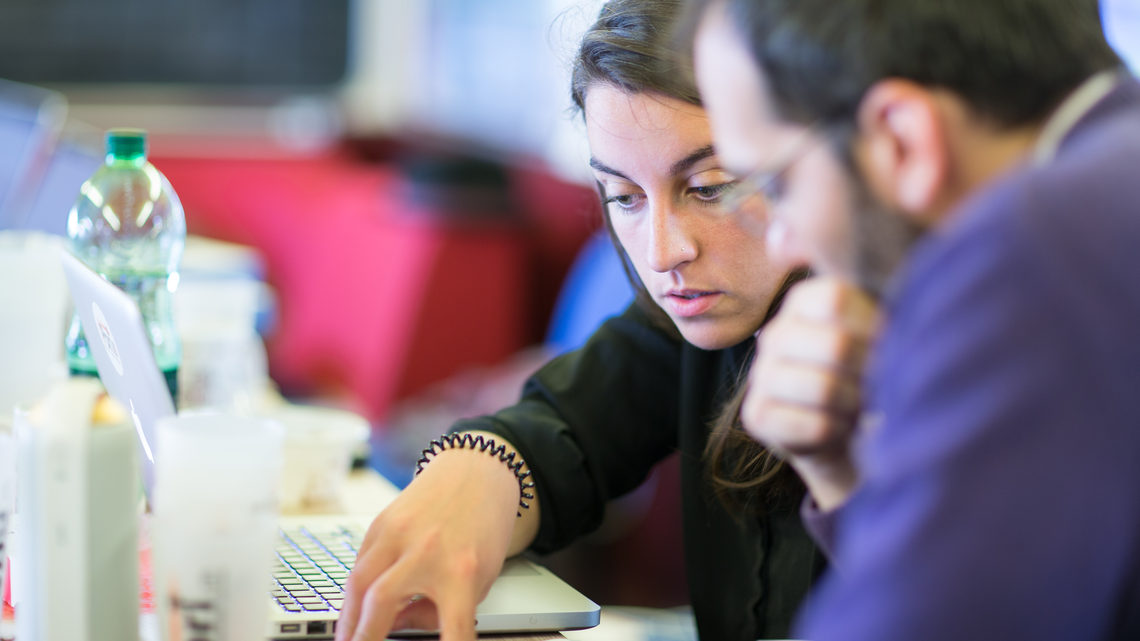 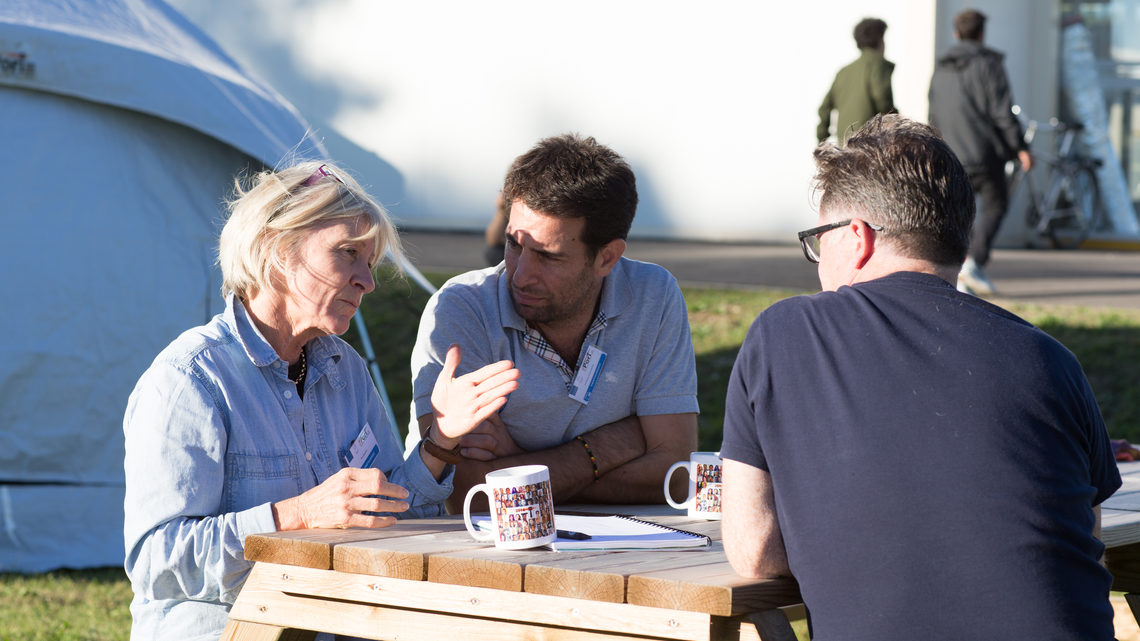 Photo by Daria Sorokina, THE Port
Previous Next

THE Port aims for diversity, so the demographics of these hackathons mirrors that of CERN’s parties—a third from the scientific community, a third from the humanitarian sector and a third from everywhere else—including architects, artists and science communicators. Only about a sixth of the participants are particle physicists.

“I really loved having interactions with people who were not doing my job—normally I'm around people who more or less have a similar mind set. I think this has changed my life somehow,” says Virginia Azzolini, a particle physicist from the Massachusetts Institute of Technology currently working at CERN and a participant in THE Port’s latest hackathon. “I think what a particle physicist can bring to the hackathon is a free mind [because] we are always searching for something that is not there and we don’t have a book that tells us how to find it.”

This year, Azzolini and her teammates had the task of improving emergency housing networks that help distribute goods or services to refugees displaced by war or natural disasters. To address this challenge, they created a web application where people affected by a catastrophe could post their needs—blankets or shelter, for example—so that individuals in nearby communities could help meet those requests.

Another of this year’s challenges, posed by Handicap International—an NGO devoted to supporting people with disabilities and vulnerable populations in conflict and disaster zones—was to develop a clean and mobile solution for disposing explosives.

“The issue is that if clean elimination of explosives is much more expensive than open burning or open detonating, chances are that donors will not invest money in that approach,” says Paul Vermeulen, the Project Manager of Strategic Innovation at Handicap International.

THE Port’s team was able to think of a safe, simple and cheap solution: dissolve the explosive in a solvent then burn it with waste oil and use the steam and heat generated for electricity.

“The motivation, the energy and the good spirit of all the participants is really the strong element of this hackathon,” Vermeulen says.

For many participants, the work doesn’t end when the hackathon does. Both Azzolini and her teammates as well as the group who worked on Handicap International’s challenge continue to meet to refine their solutions in order to put these to use in the real world.

In the future, THE Port hopes to bring humanitarian hackathons to locations beyond CERN, including Berkeley Lab and Fermilab.

“The future goal is to bring this humanitarian style of hackathon around the world,” Dobos says.