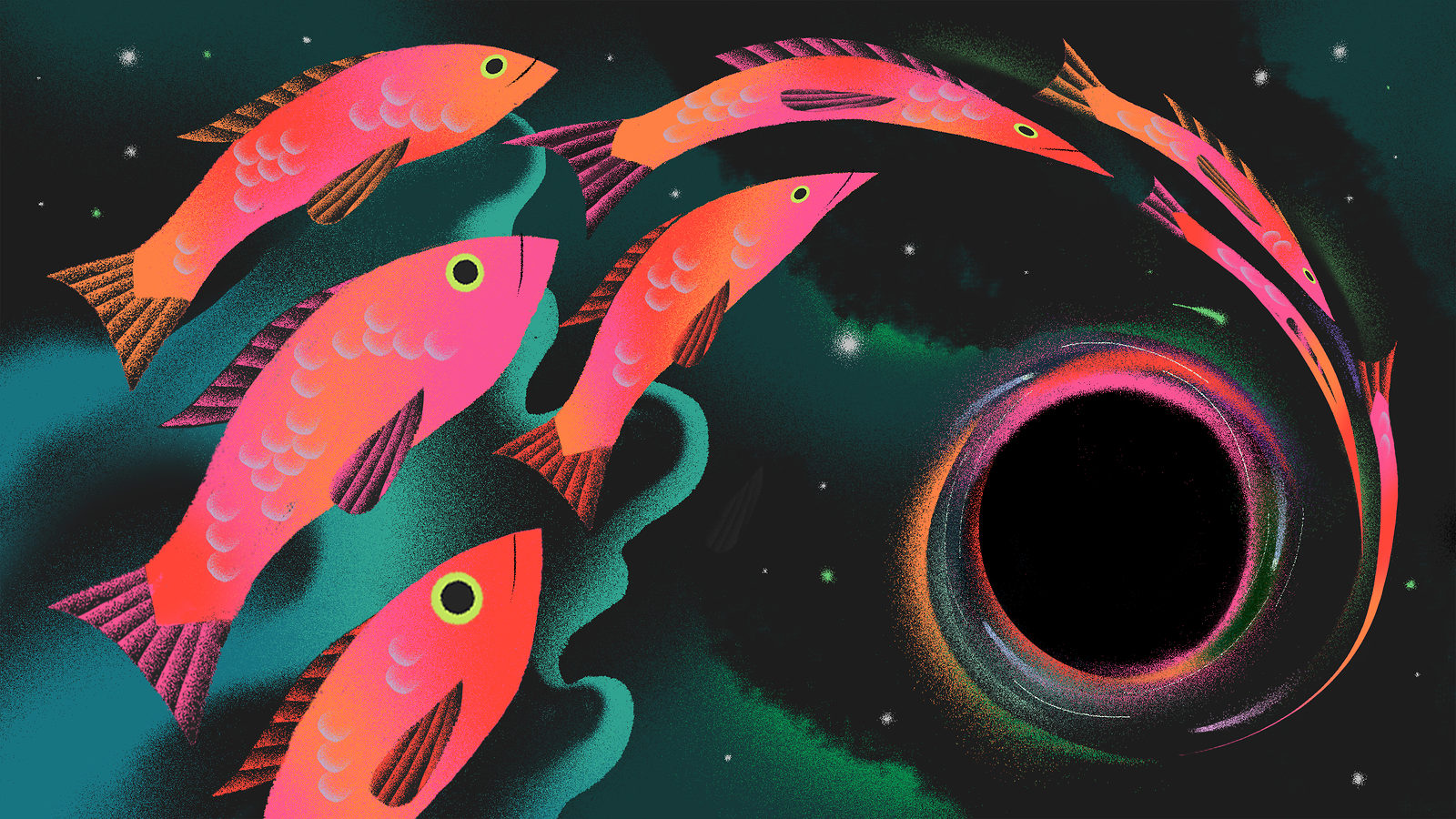 A0620-00, a binary star system 3300 light-years away, holds a dark secret: One of its stars isn’t a star at all, but a black hole. As far as we know, this is the black hole closest to our planet. Astronomers know it’s there only because its partner star appears to be dancing alone, pulled along by an invisible lead.

In recent years, scientists have found ways to study black holes, listening to the gravitational waves they unleash when they collide, and even creating an image of one by combining information from radio telescopes around the world.

But our knowledge of black holes remains limited. No one will ever be able to test a real one in a lab, and with current technology, it would take about 50 million years for a probe to reach A0620-00.

So scientists are figuring out how to make do with substitutes—analogs to black holes that may hold answers to mysteries about gravity and quantum mechanics.

In 1972, William “Bill” Unruh, a physicist at the University of British Columbia, Vancouver, connected gravity to fluid dynamics in an analogy: “Imagine that you are a blind fish, and are also a physicist, living in a river,” Unruh wrote.

Along Unruh’s imaginary river, a waterfall plunges at a supersonic speed—faster than the speed of sound in water. What happens if a fellow fish goes over the falls? You, a blind fish, cannot know; you will never hear it scream because the waterfall will drag the sound down faster than it can travel up.

Unruh used this piscine drama to explain a property of black holes: Like sound that passes over the edge of the supersonic waterfall, light that crosses the horizon of a black hole cannot escape.

The analogy turned out to be more accurate than Unruh initially thought. Eight years later, in 1980, he realized that the equations of motion for sound in the waterfall analogy were identical to those describing light at the horizon of a black hole.

At the time, his research drew little attention—it was cited just four times in the decade after it was published. But in the ’90s, Unruh’s work was rediscovered as physicists began probing gravity theoretically and experimentally with analog models.

Today, physicists use everything from water to exotic ultracold states of matter to mimic black holes. Proponents of the analogs say that these models have confirmed theoretical predictions about black holes. But many physicists still doubt that analogs can predict what happens where gravity warps spacetime so violently.

Black holes were first theorized in 1784, by English clergyman and astronomer John Michell, who calculated that for a large enough star, “all light emitted from such a body would be made to return towards it, by its own proper gravity.”

The idea was mostly put aside until the 20th century, when Einstein’s general theory of relativity overturned the paradigm of Newtonian gravity. Luminaries like Karl Schwarzchild, Subrahmanyan Chandrasekhar and John Archibald Wheeler developed theory about these monsters from which nothing could escape. But in 1974, a young physicist named Stephen Hawking revolutionized the field by proposing that that something could, in fact, escape from a black hole.

Due to random quantum fluctuations in the fabric of spacetime, pairs of virtual particles and antiparticles pop into existence all the time, throughout the universe. Most of the time, these pairs annihilate instantly, disappearing back into the void. But, Hawking theorized, the horizon of a black hole could separate a pair: One particle would be sucked in, while the other would zoom away as a now real particle.

Because of a mathematical quirk in Hawking radiation, swallowed virtual particles effectively have negative energy. Black holes that gobble up these particles shrink. To an observer, Hawking radiation would look a lot like a black hole spitting up what it swallowed and getting smaller.

However, Hawking radiation is random and carries no information about the inside of a black hole—remember that the emitted particle comes from just outside the horizon. This creates a paradox: Quantum mechanics rests on the premise that information is never destroyed, but if particles emitted as Hawking radiation are truly random, information would be lost forever.

Most physicists believe that black holes don’t truly destroy information and that information is preserved in Hawking radiation, but that conjecture may be impossible to test directly. “The temperature of Hawking radiation is very small—it’s much smaller than the background radiation of the universe,” says Hai Son Nguyen, a physicist at the Institute of Nanotechnology of Lyon. “That’s why we will never be able to observe Hawking radiation from a real black hole.”

What about something that behaved a lot like a black hole? In his 1980 paper, Unruh calculated that phonons—quantum units of sound analogous to photons, quantum units of light—would be the Hawking radiation emitted from his analog black hole.

Unruh was initially bleak about the prospects of actually making such a measurement, calling it “an extremely slim possibility.” But as more physicists joined Unruh in theorizing about analogs to black holes in the ’90s, the possibility of measuring Hawking radiation became a difficult, but achievable goal.

There are many different analog models of black holes, but they all have one aspect in common: a horizon. Mathematically, horizons are defined as the boundary beyond which events cannot escape—like the edge of Unruh’s waterfall. Because they can separate pairs of particles, any horizon creates a form of Hawking radiation.

“Understanding of the phenomenology associated with the presence of horizons in different analog systems provides hints about phenomena that might also be present in the gravitational realm,” writes Carlos Barceló, a theoretical physicist at the Astrophysical Institute of Andalucia.

Often, it’s useful to start with a simple analog like water, says Silke Weinfurtner, a physicist at the University of Nottingham. It’s possible to create a horizon by running water quickly enough over an obstacle; if the conditions are just right, surface waves are thwarted at the obstacle.

But to properly measure the smallest—quantum-level—effects of a black hole, you need a quantum analog. Bose-Einstein condensates, or BECs, are typically ultracold gases like rubidium that are ruled by quantum effects odd enough to qualify them as another state of matter. Subtle quantum effects like Hawking radiation hidden by the noise present in normal fluids become apparent in BECs.

Analog black holes can even use light as a fluid. The fluid is made of quasiparticles called polaritons, which are the collective state of a photon that couples to an electric field. Enough polaritons behave as a quantum fluid of light. So when the flow of polaritons goes faster than the speed of sound in the polariton fluid, just like Unruh’s waterfall, a horizon forms. Hawking radiation from this fluid of light still comes in the form of phonons.

Some black hole analogs are “optical” because their Hawking radiation comes in photons. In optical fibers—like the type we send data through—intense laser pulses can create a horizon. The pulse changes the physical properties of the fiber, slowing down the speed of light within the fiber. This makes the leading edge of the pulse a horizon: Slowed light cannot escape past the pulse any more than sound can escape up out of Unruh’s waterfall.

To date, though, experimental evidence of Hawking radiation in any of these analogs has been lacking in support—with one exception. 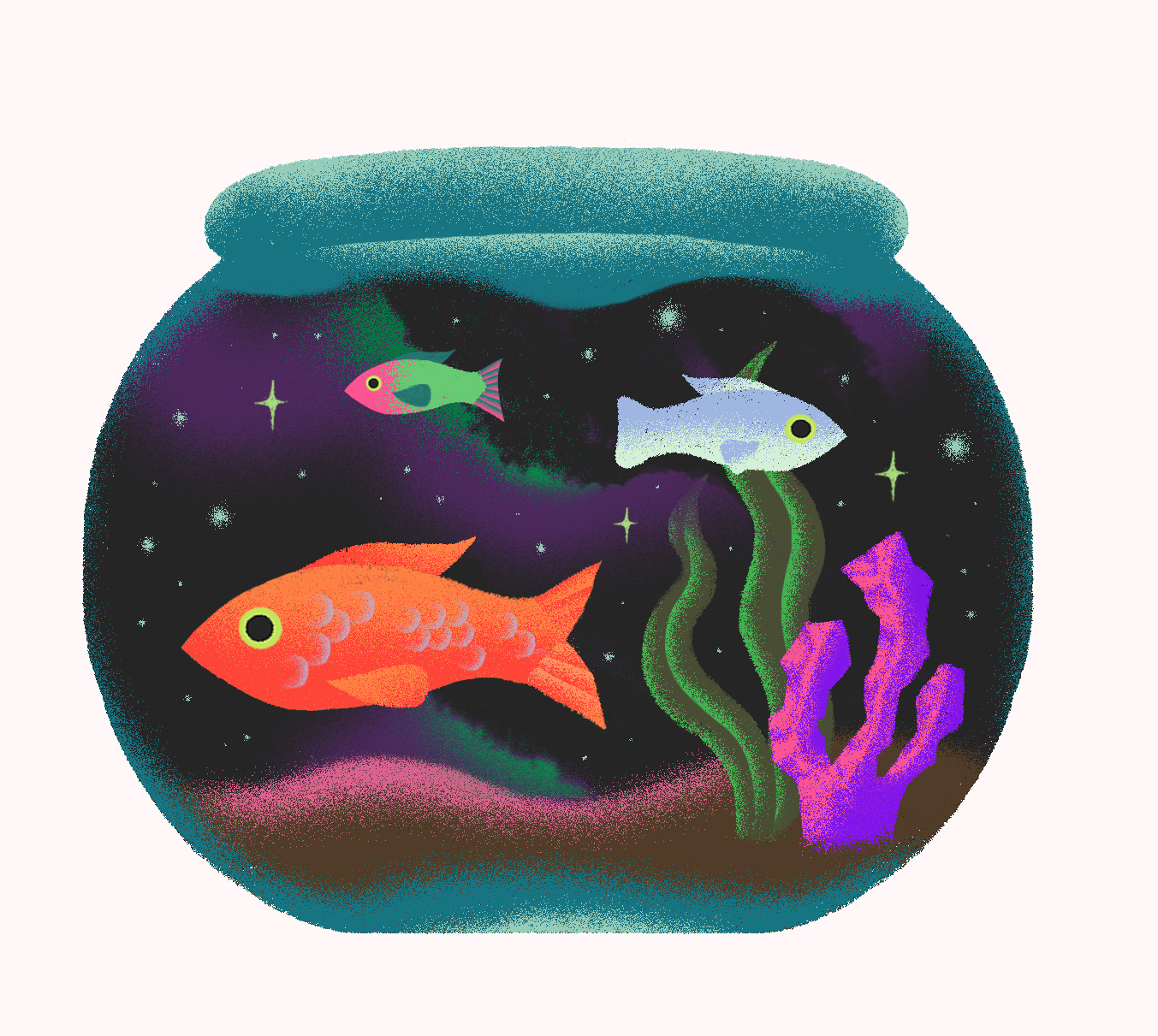 Testing Hawking in the lab

In May, Jeff Steinhauer published his latest paper, with the strongest evidence yet for Hawking radiation. Steinhauer, a physicist at the Technion in Haifa, Israel, has been working on the problem for over a decade, chipping away relentlessly at the extremely difficult experimental task, largely on his own.

The temperature of Hawking radiation—how much energy the emitted phonons have, in this case—depends on the slope of the horizon, or waterfall. The steeper it is, the higher the energy of the radiation. This is why Hawking radiation is low temperature for a black hole: A weak force like gravity doesn’t make for a steep horizon.

However, Steinhauer points out, it’s quite possible that Hawking radiation works differently for black holes because of quantum gravity. Critics also claim phonons may not be perfect analogs to photons.

Many physicists who work on quantum gravity are dismissive of the latest results, according to reporting in Quanta.

Weinfurtner acknowledges the criticism and agrees that analogs cannot strictly prove anything about black holes. But to physicists working on analogs, the facsimiles of black holes are already worthwhile. “What we're doing is already on its own really interesting,” she says. “We're deepening our understanding of the analog gravity systems, and the hope is that such experiments stimulate new theoretical black hole studies.”