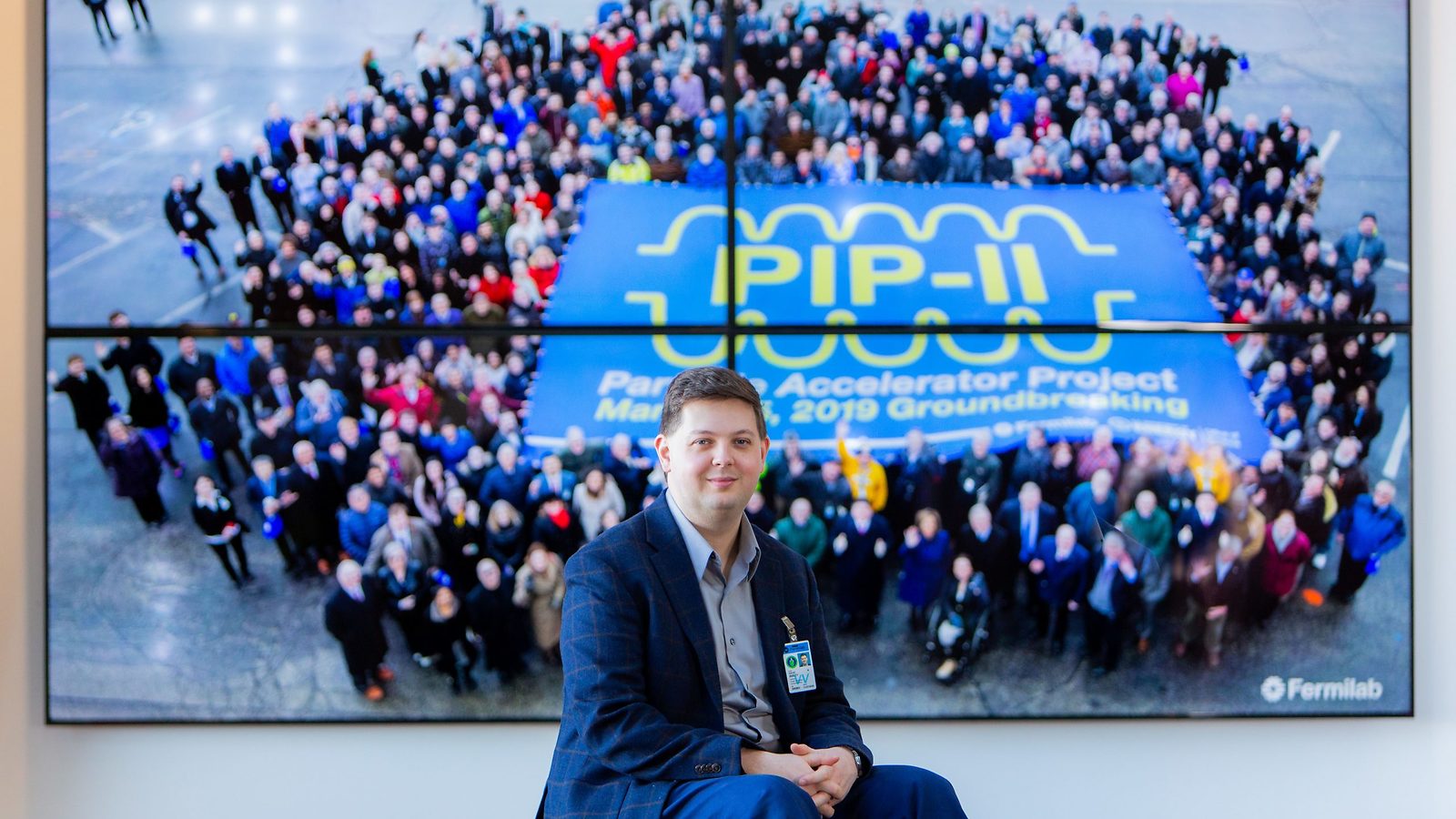 In David Ibbett’s latest musical offering as guest composer at Fermi National Accelerator Laboratory, soprano Beth Sterling sings of the subtle neutrino: “You should be massless … you should be changeless.” Yet experiments have shown that neutrinos have mass and continually change form as they move through time and space.

With “Particle of Doubt,” scored for soprano, violin, viola, cello, piano and electronics, Ibbett creates a plaintive ode to the neutrino’s mysteries.

A four-minute video of the performance as well as the composer’s commentary (which opens with a cameo by Ibbett’s new baby) is now available online (see below). It is a trailer for a larger piece that is planned to premiere at Fermilab in 2021.

In his commentary, Ibbett explains why he was drawn to the ubiquitous and strange particles.

“They don’t quite fit,” Ibbett says. “They have mass, but they shouldn’t, according to the Standard Model, and this raises all sorts of questions and opportunities to take our physics understanding further.” 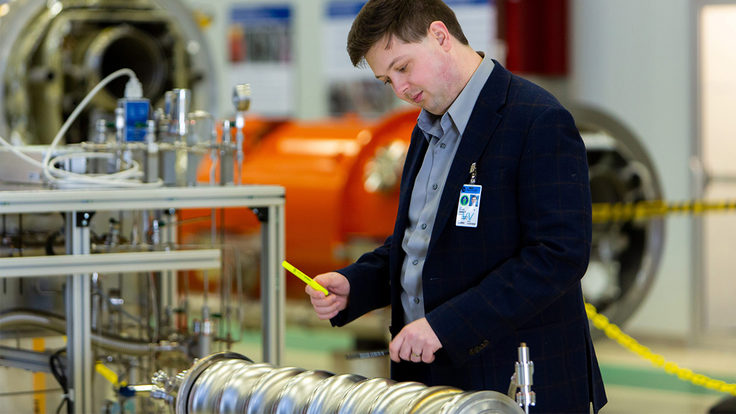 What does a cryomodule sound like when you hold it up to your ear? 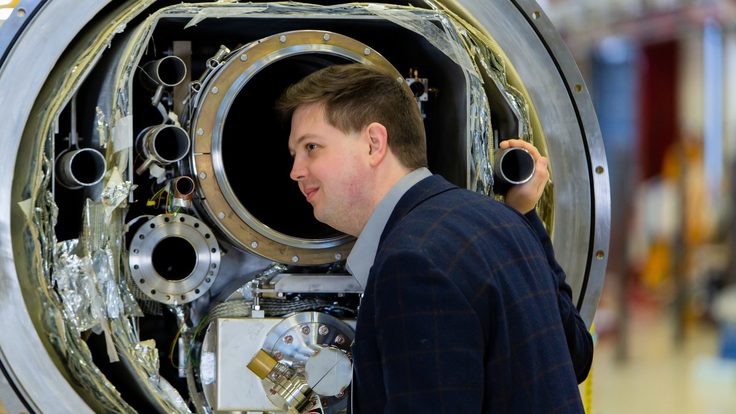 Ibbett plays an accelerator cavity like it’s a marimba.

The video features scenes from an animation of the international Deep Underground Neutrino Experiment, hosted by Fermilab. The groundbreaking experiment is the inspiration for the lyrics.

“Particle of Doubt” features what Ibbett calls a “sonification” of neutrino oscillation, the phenomenon in which a neutrino morphs between its various types. He mapped the probability waves of neutrino transformation to the three string melodies.

With its modern musicality, “Particles of Doubt” underscores that neutrinos are neither massless nor changeless—nor voiceless.

“We’re thrilled to be working with David as Fermilab’s first guest composer,” says Janet MacKay-Galbraith, head of the Fermilab Arts and Lecture Series. “His musical creativity, intellectual curiosity and passion for physics perfectly express the synchronicities between the arts and science. We can’t wait to hear and see what he comes up with next in this year-long endeavor.”