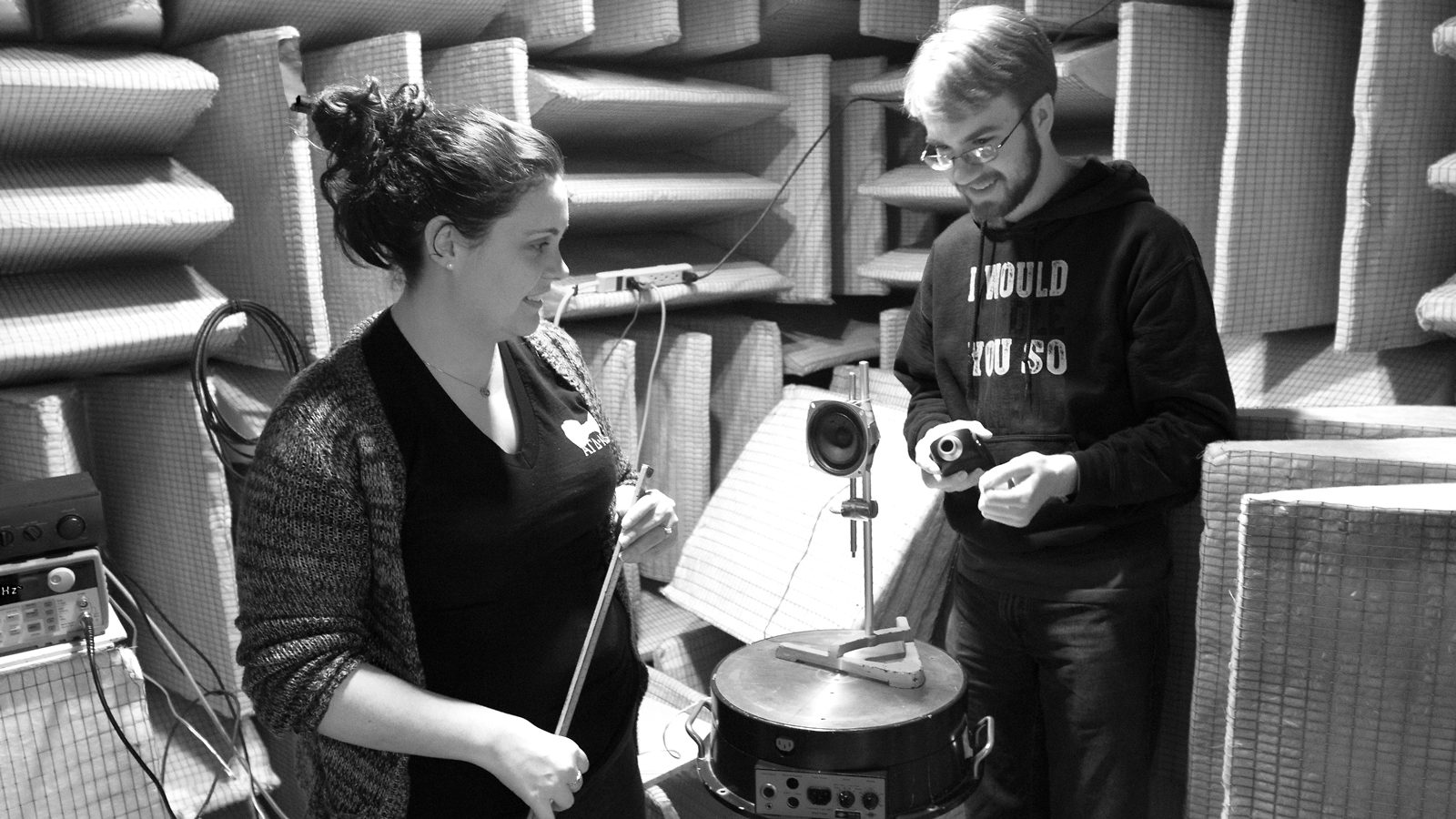 “I was drawn to physics because I thought it was amazing,” says Crystal Bailey, recalling the beginnings of her graduate work in the early 2000s. “There’s a sense of wonder that we’re really understanding something fundamental and elegant about the universe.”

But when she decided that an academic career path wasn’t right for her, she left her degree program. Bailey assumed, like many physics students, that the purpose of earning a physics degree is to remain in academia. In fact, statistics describe a different reality.

The American Institute of Physics states that roughly half of those who enter the workforce with a degree in physics—either a bachelor’s, master’s or doctorate—work in the private sector.

In an AIP survey of PhD recipients who had earned their degrees the previous year, 64 percent of respondents who identified their jobs as potentially permanent positions were working in industry.

Institutions in the United States currently grant around 1700 physics PhDs each year, though only about 350 academic faculty positions become available in that time, according to the AIP.

Most university physics programs are rooted in academic tradition, and some members of the physics community have expressed concern that not enough emphasis is placed on preparing students for potential jobs in industry. Among these members are the professors and students in three physics programs that are bucking this trend, taking a decidedly different approach to prepare aspiring physicists for what awaits beyond graduation.

By the time Nicholas Sovis graduates in 2016 with his bachelor’s degree in applied physics, he’ll have two and a half years of work experience analyzing fuel injector movements at Argonne National Laboratory. Like the rest of his colleagues at Kettering University in Flint, Michigan, Sovis arranged an industry co-op through his school starting his freshman year. He alternates every three months between full-time school and full-time work. He’ll graduate in four years by taking an accelerated schedule of courses during academic terms.

“There are a lot of people who work in industry who are at—and really need to be at—the PhD level.”

Co-ops and internships are certainly not unique to this program, but the unparalleled emphasis on co-op experience is part of what Kathryn Svinarich, department head of physics at Kettering, calls their “industry-friendly” culture.

The university operated for many years training automotive engineers under the name General Motors Institute. Although the school is now an independent institution, Kettering still produces some of the most industry-oriented physicists in the country.

The program’s basic purpose is to provide students marketable skills while offering participating companies access to a talent pipeline. The tandem training at both Kettering and a private company or government institution lets students experience academic and industry life and connect with mentors in each realm.

Sovis says the combination of mentors has broadened his perspective. “I have learned how incredibly diverse the field of physics truly is,” he says.

As he weighs his options for the future, he adds that he is considering working for an agency such as NASA while remaining open to opportunities to do research at academic institutions.

In the 1990s, the graduate program in physics at Case Western Reserve University in Cleveland, Ohio, was getting mixed reviews from its alumni. On one hand, many former students were finding success leading innovative start-ups. On the other, they were struggling, finding themselves unprepared to handle the logistics of running a business.

In response, the university formed the Physics Entrepreneurship Program. This terminal masters degree program aims at providing its students skills in market analysis, financing strategies and leadership, while also connecting students to mentors, funding and talent. Students couple courses in physics with courses in business and law.

“Innovation is not speculative,” says Ed Caner, director of science and technology entrepreneurship programs. “You cannot simply write a business plan and get investors on board.”

Nathan Swift, a second-year student in the program, found this lesson valuable. For his thesis, he’s starting his own company. “We're developing a biomimetic [nature-imitating] impact material that could be integrated into helmets in place of conventional foam,” he says.

His business partners are biologists—PhD candidates at the University of Akron. Without Swift, the students didn’t have the business savvy or mechanical background to develop the idea, which they originally sketched out for a class. The team is currently fundraising and testing early prototypes.

Swift says that, though he is excited by the opportunity, participating in the Case Western program isn’t about definitively choosing one career path over another. “I'm doing it to gain the necessary skills so that I can be dangerous with both a technical and business fluency—in whatever I choose to pursue.”

James Freericks, professor and director of graduate studies in physics at Georgetown University, says that 20 years ago, professional organizations were telling him that the universities were overproducing PhDs.

Freericks looked deeper and found that an imbalance had existed for decades. The supply of physics doctorates has far outpaced their academic demand as far back as the 1960s.

“To say the only reason you’re producing PhDs is for academics is a very narrow point of view,” Freericks says. “There are a lot of people who work in industry who are at—and really need to be at—the PhD level.”

As with a traditional program, students engage in rigorous coursework and original research. But the program also blends in elements similar to those at Case Western and Kettering, such as courses in business and patent law and a yearlong apprenticeship in industry. An advisory committee of scientific leaders representing Lockheed Martin, IBM, BASF Corporation and other companies guides the program and provides mentorship.

The lengthy internships give students time to become fully immersed in the research and methods of a company. Ultimately, such apprenticeships prepare students to manage sophisticated scientific projects—including their significant budgets and groups of other scientists.

What, then, is the right balance in physics education? Barbara Jones, a theoretical physicist at IBM and an ILP advisory committee member, advocates broad training that prepares students for work in industry as well as at a college or a national lab. She points out that the traditional classroom is not a complete failure in this regard.

“To get a PhD in physics, you have to do a certain amount of problem-solving, a certain amount of head-scratching—and hitting your head against the wall—that’s independent of any job,” Jones says. These skills translate, which is why classically trained physicists have been successfully obtaining and thriving in industry jobs for a long time, she says.

But “students even at more traditional programs can take a pointer from these programs and see about arranging for industrial internships for themselves.”

Perhaps the greatest value of programs such as these, Jones suggests, is giving students options.

Bailey agrees. She eventually completed a PhD in nuclear physics and now serves as the careers program manager at the American Physical Society. She organizes resources to help students navigate the many paths of being a physicist, including a new program now in its pilot stage, APS Industry Mentoring for Physicists (IMPact). The program connects early-career physicists with other physicists working in industry.

Bailey’s job also frequently involves giving talks on pursuing physics as a career. She tells students, “Your career will not always take you where you expect. But you can always find a way to do the things you love.”