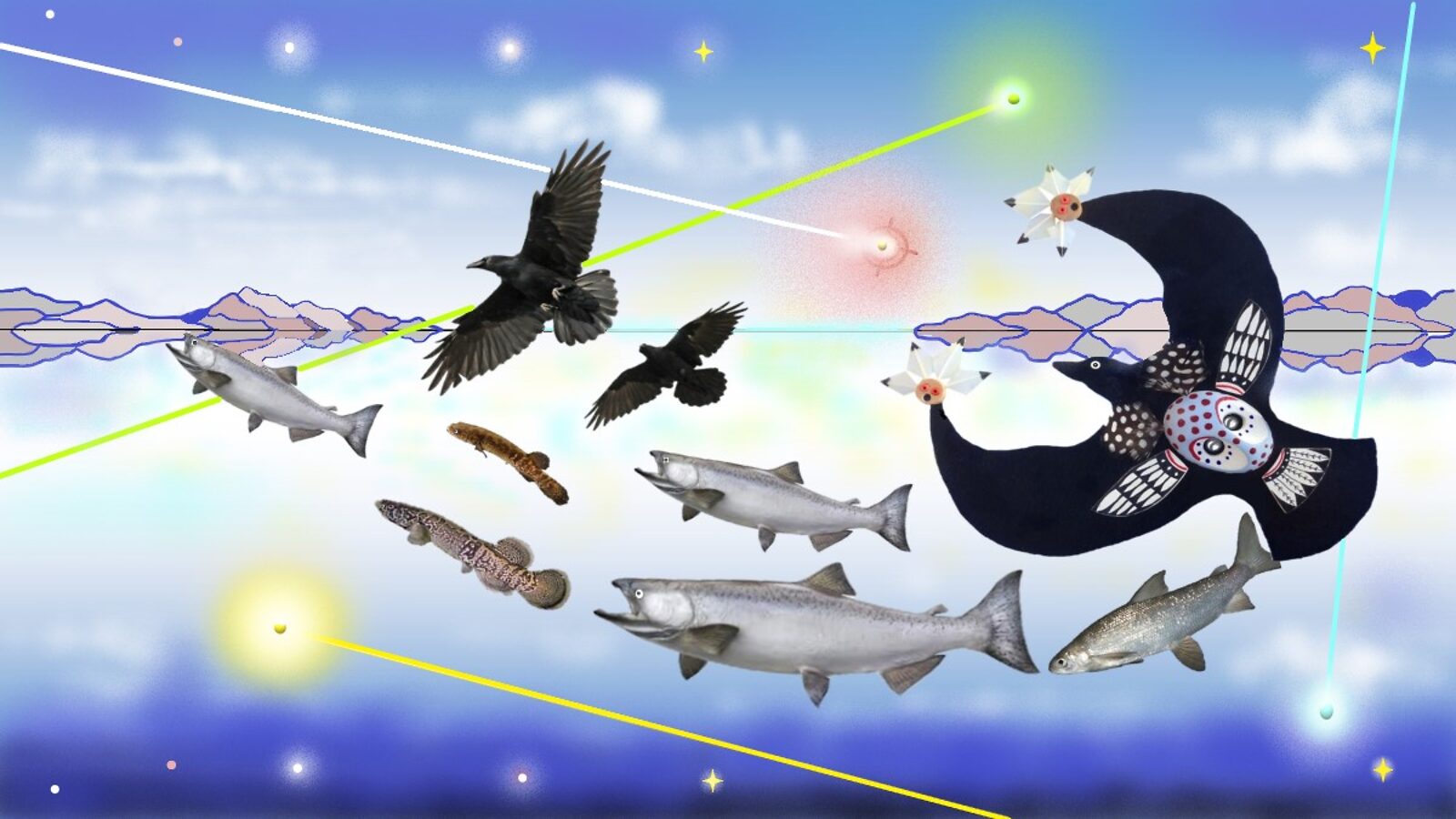 To get work done during her summer internship, Lisa Paton secluded herself in the basement, away from the noise of her family and the bed-and-breakfast that takes up the other half of the duplex where they live. She met with coworkers on Zoom, using a purple star quilt as her backdrop.

She is the first person to have completed not one, but two internships with the US Department of Energy’s Fermi National Accelerator Laboratory entirely remotely from Anchorage.

Paton is Yup’ik and since the summer after her freshman year in high school, has participated in the Alaska Native Science and Engineering Program. The program is aimed at helping Alaska Native students, from kindergartners through graduate students, on their paths to a STEM education.

Through a connection between ANSEP directors and Fermilab’s Chief Equity and Diversity Officer Sandra Charles, Paton found out about an internship program at Fermilab. She was hired to do work related to the lab’s international flagship project, the Deep Underground Neutrino Experiment.

Neutrinos are fundamental particles that are small, elusive and ubiquitous—a combination that translates to about 100 trillion of them passing through your body every second. To study neutrinos, Fermilab will launch a uniform beam of the particles from Fermilab’s campus in Batavia, Illinois, about 800 miles straight through the earth to the Sanford Underground Research Facility in Lead, South Dakota. During their journey, the particles will pass through two underground particle detectors. The detectors will record a variety of details about their interactions, producing several terabytes of data per second.

Both of Paton’s internships involved preparing for that massive data influx.

In 2020, she worked on making the neutrino experiment’s computational tasks more efficient by looking for ways to reduce memory usage and boost the speed of data transfers. In 2021, she created graphs and a map to visualize the flow of data between Fermilab and the 15 other computing sites that will work together to provide the storage the experiment requires.

Paton is pursuing a degree in mathematics with a minor in physics at the University of Alaska, Anchorage, but she says her future likely doesn’t involve neutrino studies.

“I grew up fishing, I come from fishermen,” Paton says. “I want to go into fisheries management or something similar, something that connects closer to my culture.”

Each summer during Paton’s childhood, she and her family spent time fishing from a skiff in the Igushik River in Manokotak, a Yup’ik village in the southwest part of Alaska near Bristol Bay. Most residents of Manokotak relocate closer to the bay each summer to fish during the annual salmon run.

In the United States, fisheries is a multi-billion-dollar industry that involves maintaining commercial, industrial or subsistence supplies of fish in oceans and waterways through protecting endangered species and maintaining the health of the ecosystem.

Paton’s time working for Fermilab was sponsored by the Summer Internships in Science and Technology, the Department of Energy’s oldest internship program. SIST was founded in 1970 to recruit members of underrepresented groups into STEM.

In 2021 Paton was joined in SIST by another Alaskan student, Caitlynn Hanna. Hanna is Iñupiaq and a civil engineering student at the University of Alaska Fairbanks.

Hanna says she plans to pursue a master’s degree in civil engineering.

“I took a few classes over the summer,” Hanna says. “One of them was Arctic water, wastewater, sanitation and health. In that class, we talked a lot about drinking water, wastewater, providing water for people in communities, and what happens when you don't have water. Then I got to work for Fermilab and see their system and how they do it.”

Water management is at the heart of the Alaska Native Science and Engineering Program. The program was established by professor of engineering Herb Schroeder after he struggled to find Alaska Native engineers to take on the challenge of extending running water and sewer services to Indigenous communities.

The Alaska Department of Environmental Conservation has labeled 32 communities in rural Alaska as “unserved,” defined as communities in which “45% or more homes have not been served either via pipe, septic tank and well, or covered haul system.” According to data from the 2020 US Census, those communities are home to about 7000 people, more than 90% of whom identify as American Indian or Alaska Native.

What started as a scholarship-type fund to help Alaska Native engineering students complete their college degrees evolved into a comprehensive kindergarten through graduate school program focused on STEM.

“The program’s approach is to get students in kindergarten excited about STEM fields such as engineering, science, fisheries and wildlife,” says Beth Spangler, an ichthyologist and the National Partnership Director for ANSEP.

“When students enter our university program at ANSEP, they're required to do four things,” Spangler says. “They're required to keep their grades in good standing, go to weekly study sessions for all their classes, have a day that they meet [in person] with their peers and study together, and do an internship with an organization.”

Unfortunately, as Hanna and Paton have been kept remote by pandemic restrictions, they haven’t had the chance to meet many of their peers—including one another. “Everyone I did get to meet seems really cool, and we all have similar interests, like math, science and physics,” Paton says. “But I feel like I missed out on that.”