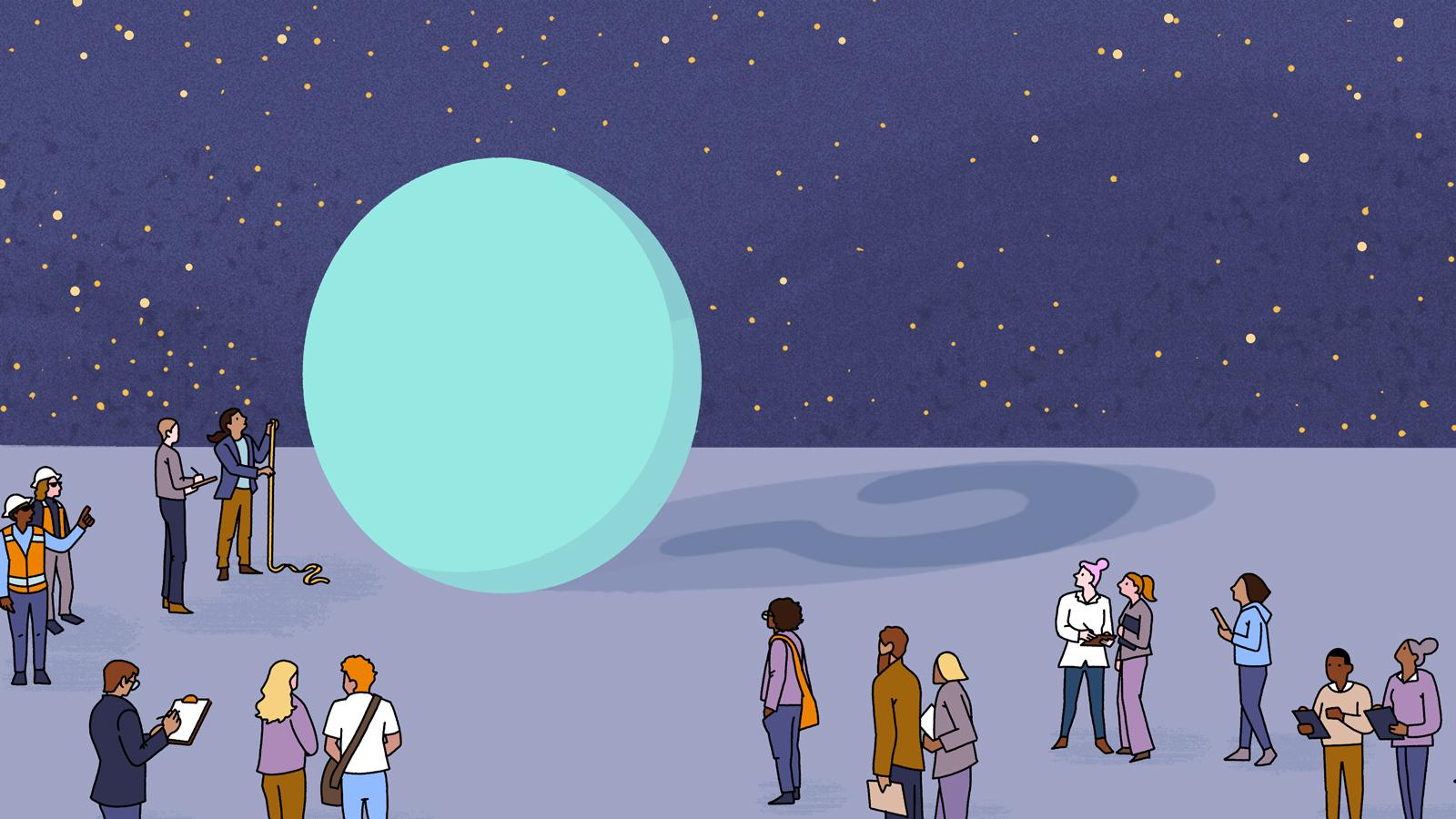 When the news came, on July 4, 2012, it moved some scientists to tears. Others jumped and cheered. After decades of anticipation, physicists had at last discovered the Higgs boson.

In the years since that initial detection, physicists have become more and more familiar with this fundamental, force-carrying particle that is produced by the invisible field that gives particles mass. They’ve improved measurements of the Higgs boson’s mass, width, spin, couplings to different particles and other characteristics. They’ve gotten more precise measurements than they expected to be able to make.

Yet there’s still a lot to learn. Most measurements of the Higgs haven’t yet reached the precision scientists need to differentiate between models that could lead to new insights and discoveries. Some aspects of the Higgs boson haven’t even been probed yet.

“It took 60 years to first detect the Higgs boson, and in the past 10 years we've gotten to know it quite well,” says Rebeca Gonzalez Suarez, a CERN physicist, the education and outreach coordinator for the ATLAS Collaboration and an associate professor at Uppsala University in Sweden. “So far it looks very normal—very much like the expectations we have of it from the Standard Model. But there’s still possibilities for it to surprise us.”

Today, physicists are continuing to refine their measurements—and even develop ideas for future colliders—in order to fully unveil the mysteries of the Higgs boson and its place in the universe.

As physicists try to reach a more and more precise understanding of the Higgs, here are four questions they’re hoping to answer. 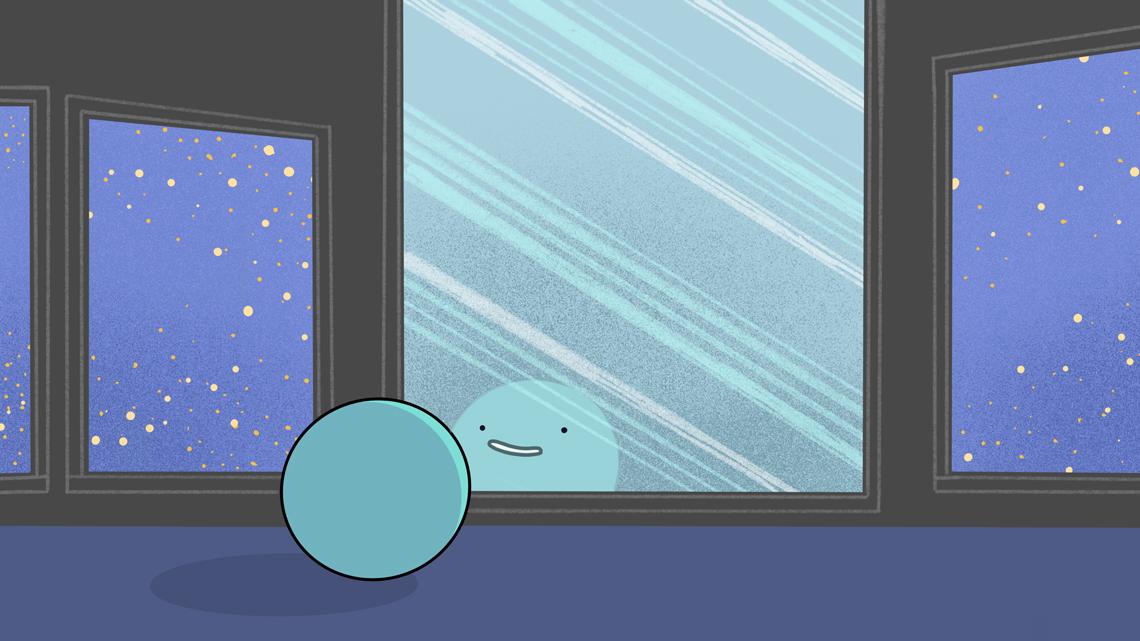 1. Does the Higgs boson interact with itself?

One of the biggest questions about the Higgs is how it might interact, or couple, with itself.

“I think this is the main question about the Higgs right now,” says Caterina Vernieri, assistant professor and a Panofsky Fellow at SLAC National Accelerator Laboratory. “It's really an unknown cornerstone in our understanding of the Higgs.”

Experiments have shown the Higgs couples with other particles, including a menagerie of fundamental particles like the W and Z bosons, quarks, taus and muons. According to the Standard Model, it’s also expected to couple with itself. Uncovering the exact details of how this happens could help physicists further refine the Standard Model, and even shed light on the evolution of the early universe and the matter and antimatter imbalance.

If physicists learn that the Higgs boson does not interact with itself in the manner predicted by the Standard Model, it could upend their understanding of the particle and suggest that the universe isn’t in the energy state that physicists predict, which could affect the rules of how matter interacts.

Thus far, data from experiments at CERN’s Large Hadron Collider haven’t yet seen a pair of Higgs bosons, but they also haven’t ruled out the possibility—there just simply isn’t enough data yet. According to predictions from the Standard Model, the self-coupling should produce pairs of Higgs bosons infrequently at collider experiments—over 1,000 times less often than a single Higgs boson is produced.

Physicists are hoping that future runs will be able to help narrow this down as the LHC turns out more Higgs boson-producing events. 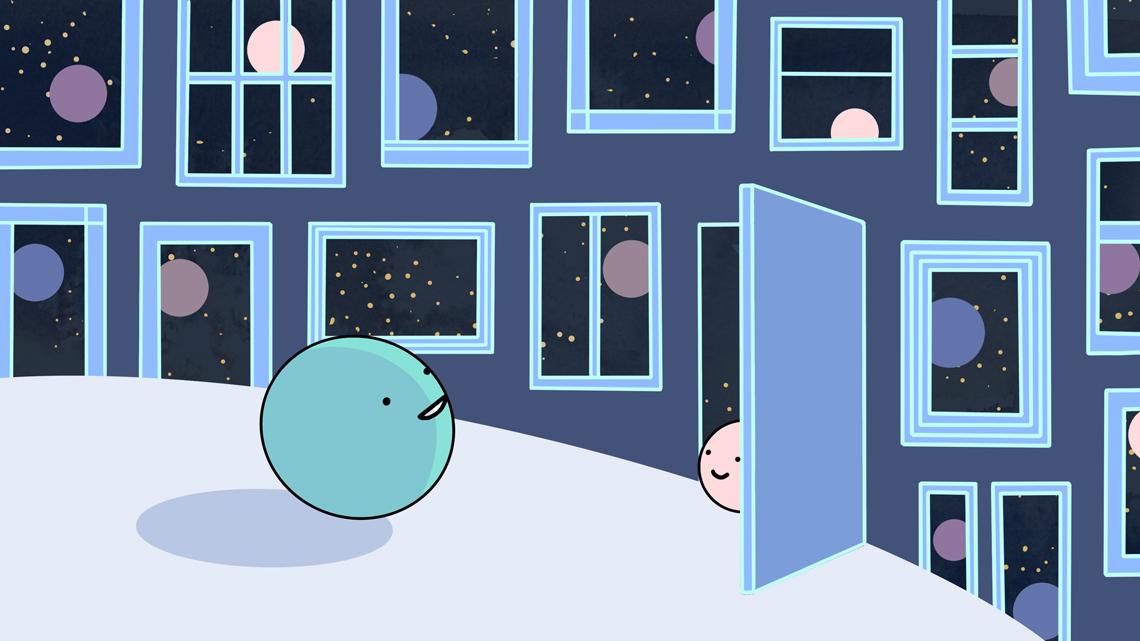 2. How does the Higgs couple to other particles?

While physicists don’t yet know if the Higgs couples to itself, they do know it couples to other particles. In some cases—as with the top quark, the heaviest of the Standard Model particles—the coupling is quite well understood. But physicists are just starting to get a handle on how much other particles, like the comparatively lighter muon, interact with Higgs bosons.

How much a given particle will couple with a Higgs is predicted by the Standard Model and is related to the particle’s mass: The more massive the particle, the greater the coupling. So far, measurements of couplings match these predictions. But the precision of these measurements isn’t yet great enough to see if there could be any deviations from the Standard Model. Knowing exactly how the Higgs couples can help scientists understand how particles get their mass.

“If we see any discrepancies when we take precision measurements of the Higgs boson coupling with other particles, that can tell us if there is new physics out there,” Vernieri says. 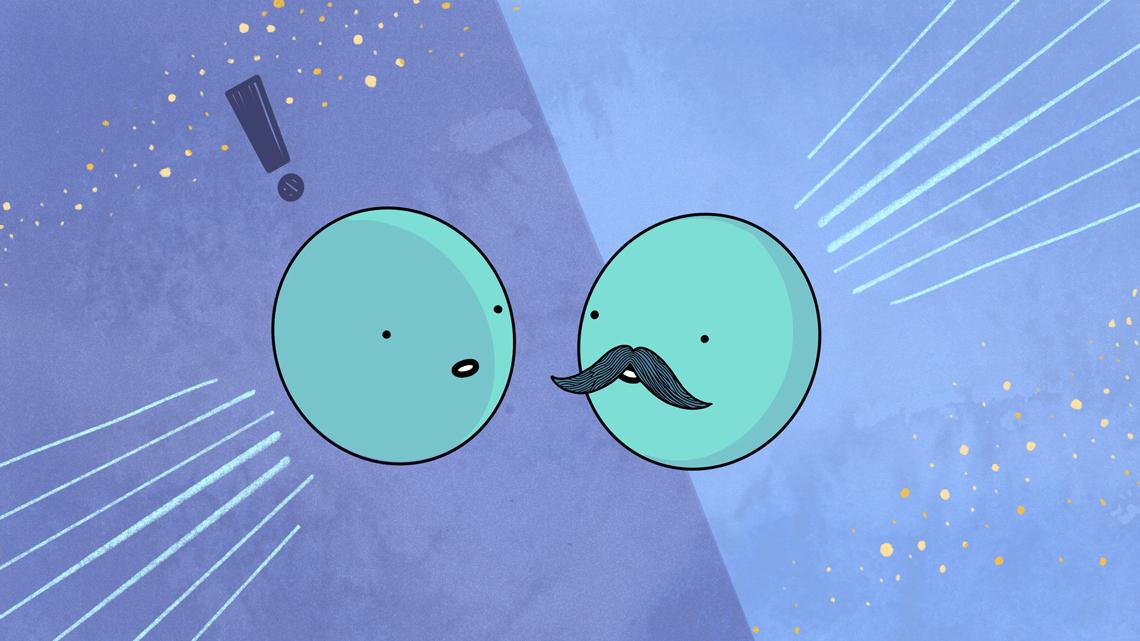 3. Are there other Higgs particles?

“There is no reason why there shouldn't be more,” says Sally Dawson, a theoretical particle physicist at Brookhaven National Laboratory. “There’s a whole host of possibilities on what that could look like."

Some models suggest there’s a version of the Higgs that has different properties from the boson we know. The Higgs boson discovered in 2012 has zero spin and no electric charge, but other Higgs particles could have different characteristics. Other models propose there’s one type of Higgs that interacts with heavy particles and another that interacts with lighter particles. Or maybe the Higgs particle we see is really a composite of multiple different particles.

“Any additional Higgs that we may discover would indicate that there must be new physics,” Assamagan says. “It could help us explain some of the things that don't necessarily fit in the Standard Model.”

Some phenomena that could be explained by additional Higgs particles include dark matter, neutrino oscillations, the mystery of neutrino masses, and why there’s an imbalance of matter and antimatter in the universe. If there are other Higgs particles out there, physicists hope to see their footprints in collider experiments. 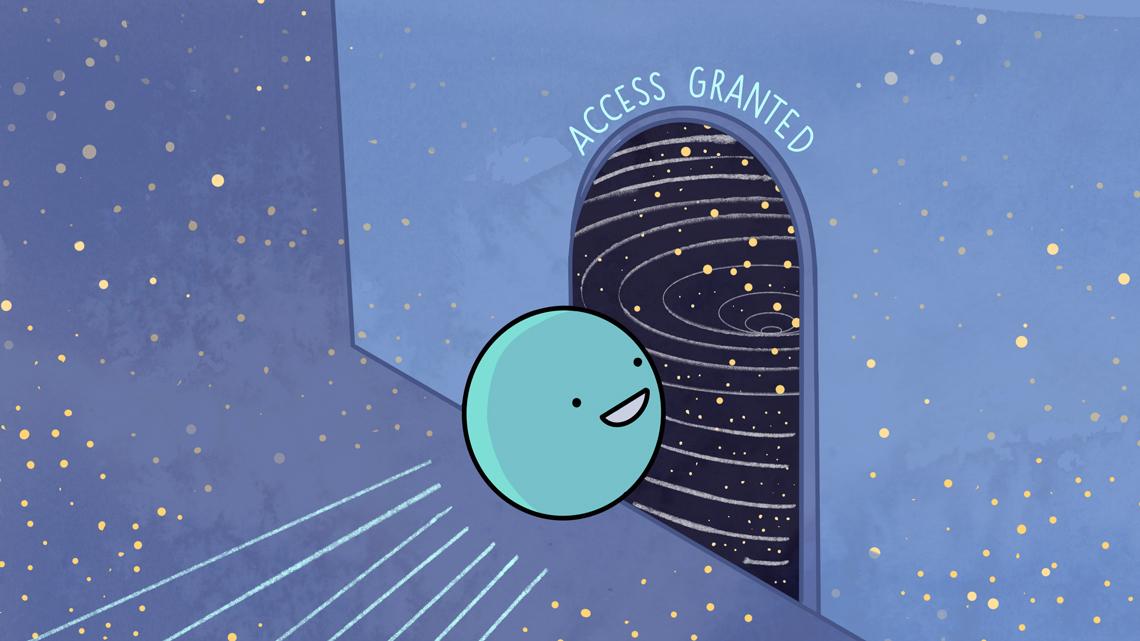 4. Is the Higgs connected to dark matter or other unusual particles?

Because the Higgs boson helps explain where mass comes from, many scientists think it should interact with dark matter: the mysterious substance that seems to be connected with everyday matter only through gravity.

“The Higgs could be the portal between us and this dark sector that could hide dark matter,” Gonzalez Suarez says.

Certain theories predict that dark matter interacts with normal matter by swapping Higgs bosons. If this is the case, then a collision that produces Higgs particles could also create dark matter particles.

“The Higgs in the Standard Model doesn’t decay into dark matter, but some models suggest there’s an interaction,” Dawson says. “It’s very possible that measuring Higgs properties could tell you something about dark matter.”

In other scenarios, when the Higgs decays, it could produce other completely new, invisible particles that physicists haven’t even considered. No unusual particles have been seen in collider experiments—where their existence would be inferred from missing energy in the aftermath of a collision—but physicists aren’t done looking.

How will physicists answer these questions?

Physicists are studying the Higgs at the LHC, which is just ramping up again after a three-year hiatus following upgrades to the experiments and accelerator complex and pandemic delays. These upgrades are intended to allow physicists to make more precise measurements of the Higgs boson. However, unless there are very big discrepancies, this precision is probably not enough to see if there are any deviations from the Standard Model.

After the current run, which is scheduled to last until the end of 2025, the LHC will receive another upgrade that will transform the accelerator into the next-generation High-Luminosity LHC, which is scheduled to run until about 2040. This will allow physicists to measure how the Higgs couples to other particles down to around 5% uncertainty. While physicists expect to produce more Higgs bosons during this high-luminosity phase, measuring self-coupling will still be a challenge.

In the long term, scientists are thinking about ways to study Higgs bosons beyond the LHC, which was designed to study a large range of phenomena via proton-proton collisions. Protons collide in a wide variety of ways, giving scientists a lot of ground to cover when they’re not sure where to look. But they’re messy, which can make it hard to pinpoint specific types of particles and events.

That’s why some scientists have proposed a future “Higgs factory,” which they could tune specifically to produce many Higgs bosons. Instead of colliding protons, a Higgs factory would collide matter and antimatter pairs, such as electrons and positrons. These particles would annihilate one another, eliminating much of the messiness of the collisions observed at the LHC and allowing scientists to take a closer look at the Higgs bosons produced. Such an instrument should enable scientists to reach 1% accuracy for precision measurements of most couplings and probe theoretical predictions for Higgs self-coupling.

In the meanwhile, physicists aren’t out of hope that something unexpected will show up in ongoing experiments. With each upgrade to the LHC, there’s a chance physicists could see new particles or connections to new, hidden sectors. Or perhaps unexpected factors could allow, for example, pairs of Higgs to be produced in larger quantities than anticipated, Gonzalez Suarez says.

“You never know with experimental science,” Dawson says. “It's always exciting because there are so many possibilities, and we don’t know which one is right.”