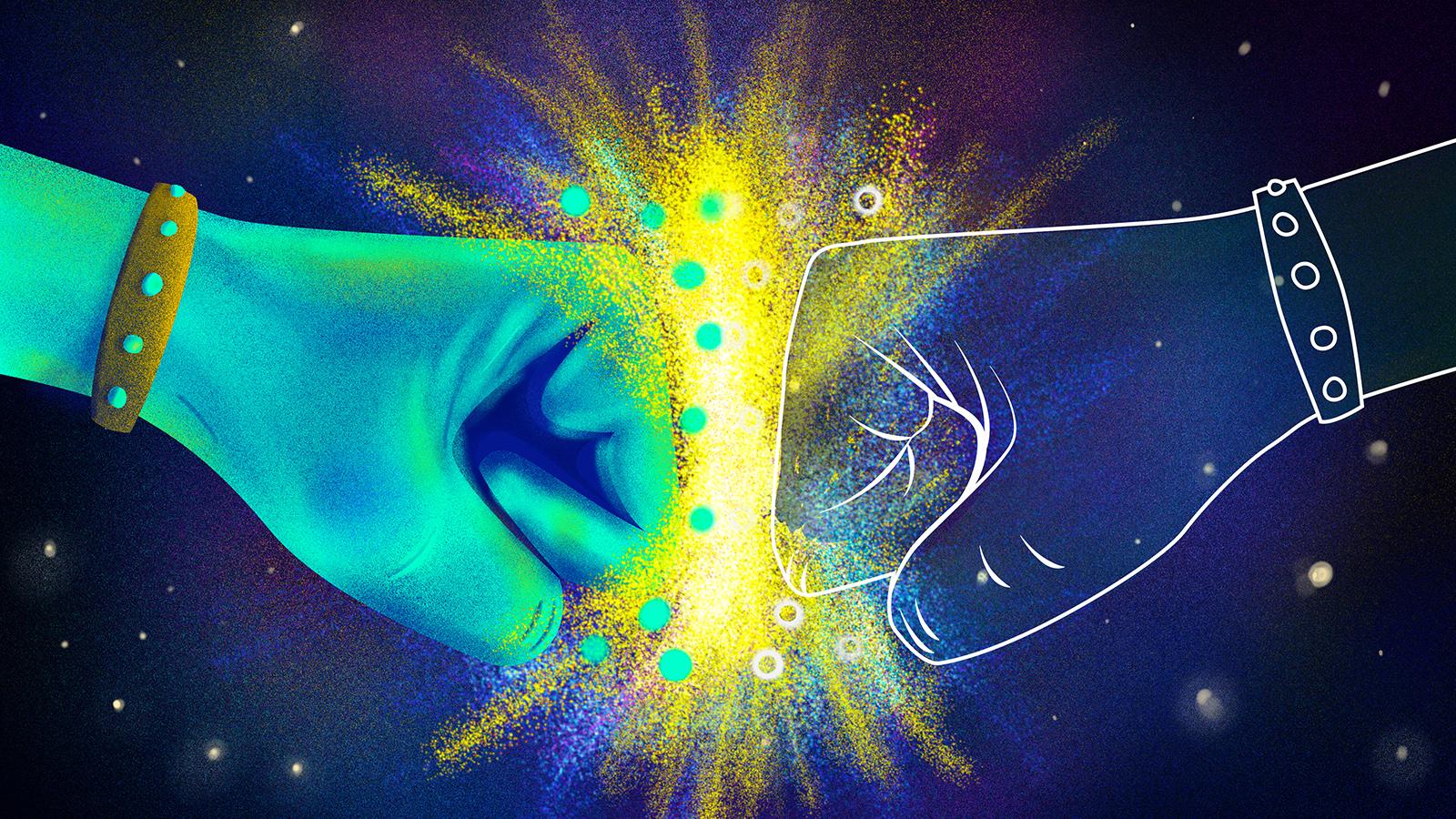 Antimatter: It’s the opposite of the matter we’re used to; it’s mysteriously elusive; and when it gets too close to ordinary matter, the two annihilate on contact.

But there’s even more to the extraordinary stuff, including these four fascinating facts. 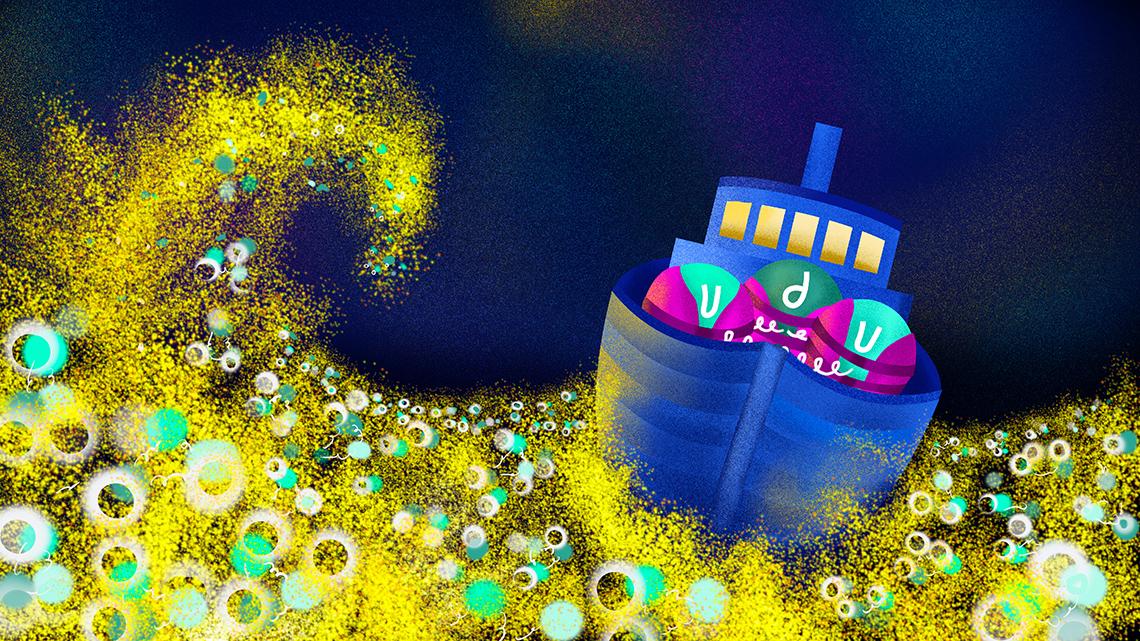 The first three subatomic particles you ever learned about were likely the proton, neutron and electron. These particles make up the atoms that form our bodies and the world around us.

Of the group, only the electron is elementary, which means it is not made up of any smaller components. Protons and neutrons, on the other hand, are each made up of elementary particles called quarks and gluons.

Protons and neutrons are usually described as being composed of three quarks. But the reality is much messier than that. Protons and neutrons contain whole seas of quarks, antiquarks and gluons. Inside a proton or a neutron, particles and antiparticles constantly collide and annihilate one another.

Protons and neutrons are described as being made up of just three quarks because, within this maelstrom of appearing and disappearing particles, three quarks remain without an antimatter counterpart, says Beatriz Gato-Rivera, a researcher at the Spanish National Research Council and author of a book about antimatter. The antimatter versions of protons—antiprotons—contain three unpaired antiquarks instead.

Antimatter is all around you, inside every one of your atoms, along with the atoms of everything around you. 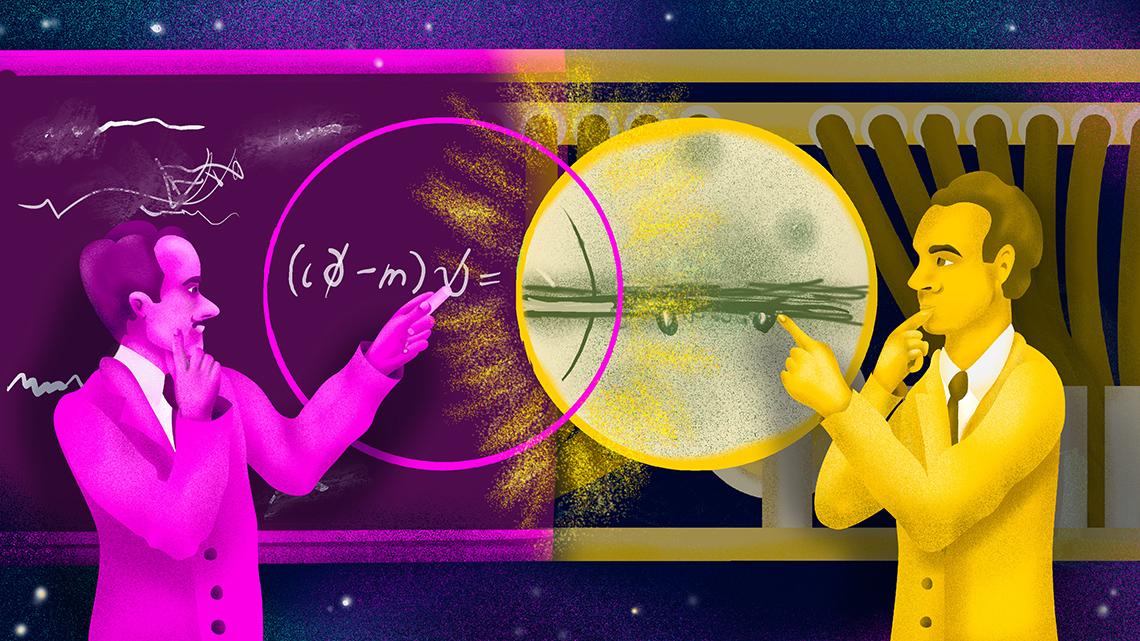 Antimatter was originally predicted through math

In 1928, British physicist Paul Dirac was faced with a puzzle. To describe the behavior of electrons, he had formulated a theory that combined Einstein’s special relativity and quantum mechanics. But for his mathematical equations to work, he needed a particle that, at least at the time, wasn’t known to exist. The new particle needed to have the same mass as an electron but the opposite charge.

Three years later, he finally proposed the existence of such a particle, which he called an “anti-electron.”

That same year, the American physicist Carl Anderson, at the California Institute of Technology, was taking pictures of strange particle tracks left by cosmic rays traversing a particle detector known as a cloud chamber. In 1932, Anderson confirmed that the tracks came from the particles Dirac had predicted, produced when cosmic rays collided with Earth’s atmosphere. Anderson dubbed the particles “positrons.” This was the first confirmed observation of antimatter.

Unbalanced mathematical equations have led to the prediction of other particles as well. During the early 20th century, the masses and stability of atoms could not be explained by their protons and electrons alone. Ernest Rutherford proposed that another, neutral particle must be adding to their weight—the neutron. And in 1930, scientists needed something to explain why nuclei that emitted energy in the form of beta particles during radioactive decay didn’t recoil straight back, but at an angle. Wolfgang Pauli proposed that the decay must be emitting another, invisible particle at the same time—a particle later named the neutrino.

Scientists are currently searching for other particles, including axions, supersymmetric particles and dark matter particles, that could explain many longstanding puzzles in particle physics and cosmology. 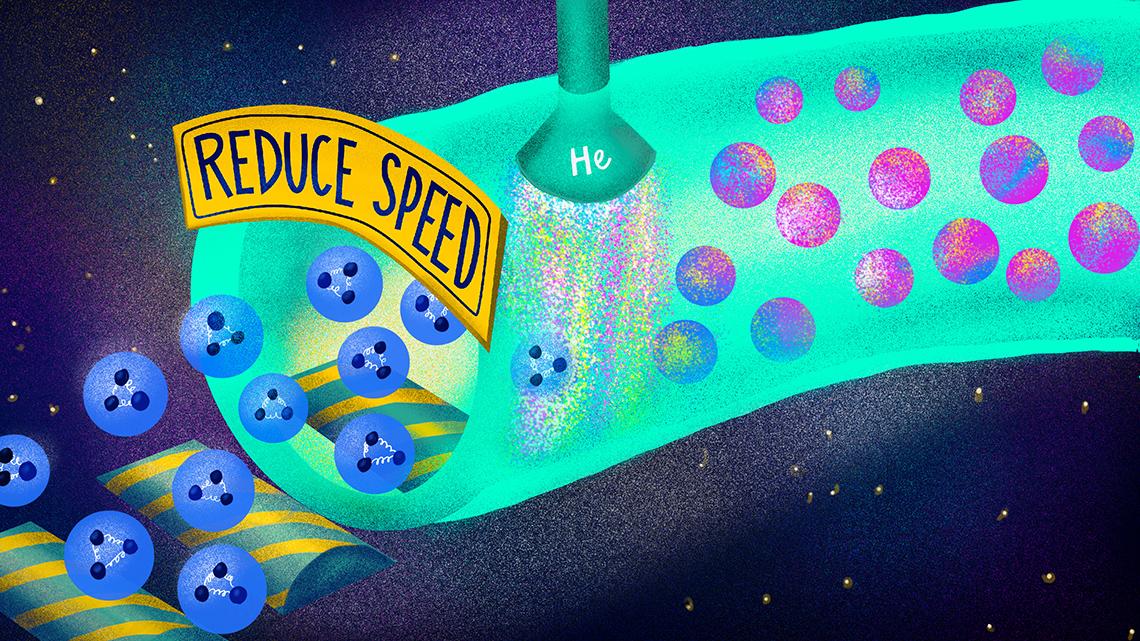 Scientists can create hybrid atoms made partially out of antimatter

By slowing antiprotons in a particle decelerator and then combining them with cryogenic helium, scientists can produce a metastable hybrid atom called anti-protonic helium.

Hybrid atoms like this are called “exotic” atoms. Generally speaking, an exotic atom has a constituent particle swapped out for another particle with the same charge. In some cases, the new particle is a form of antimatter. In anti-protonic helium, a helium atom’s electron is replaced with an antiproton. Other examples include muonium (which contains an antimuon and an electron) and positronium (which contains an electron and a positron).

“These short-scale interactions are an important tool in searching for new physics,” says Anna Soter, a particle physicist at ETH Zurich.

Scientists are probing exotic atoms to search for signs of an unusual “fifth force” between the antiproton and the electron. Scientists also use exotic atoms to gather very precise measurements of particles’ properties. This enables them to test symmetries in the Standard Model, such as the prediction that particles and their antiparticles should have exactly the same mass and charge (although with the opposite sign).

“To date, the metastable antiprotonic helium atom is the largest antimatter-containing exotic atom that scientists have been able to study using laser spectroscopy,” Soter says. “But simpler systems, like muonium and positronium, are also exciting to study. These atoms consist of only elementary particles, in the absence of strong interaction.”

In addition to creating hybrid particles, scientists can also create anti-atoms. For example, by combining antiprotons and positrons, scientists at CERN are producing anti-hydrogen. 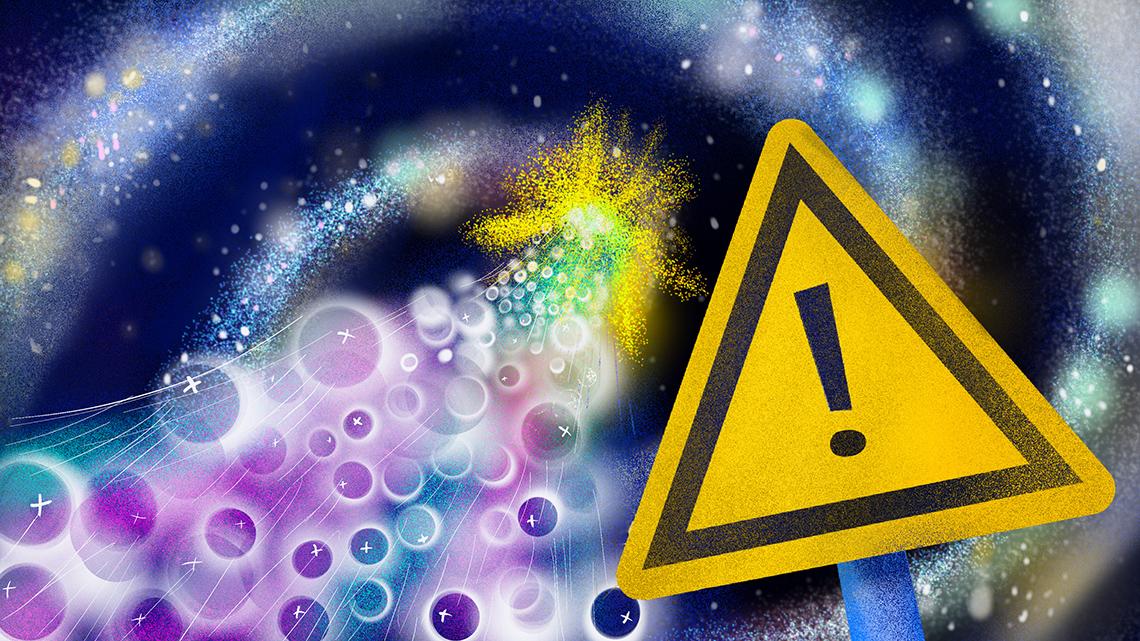 In the 1970s, the European Space Agency’s INTEGRAL mission detected a gamma ray signal in the center of the Milky Way. The brightness and distribution of this signal indicated that the equivalent of 9 trillion kilograms of positrons (that’s 1043 positrons) within our galaxy’s core were being annihilated each second—much more than scientists expected.

Where all these positrons come from is an open question. Some candidates include the supermassive black hole at the center of the galaxy, other massive black holes in the vicinity, rapidly spinning neutron stars called pulsars, and annihilations between dark matter particles.

Several experiments aim to locate the source of the gamma-rays in the center of our galaxy. The Compton Spectrometer and Imager (COSI), for example, is a gamma-ray telescope that will image our galaxy’s core to probe for the source of these positrons. Other efforts, such as the proposed All-sky Medium Energy Gamma-ray Observatory (AMEGO), also aim to shed light on this mystery.

More recently, scientists detected a second excess of positrons, this one at much higher energy. The cosmic-ray detector PAMELA, on board a Russian satellite, discovered in 2008 that more antimatter particles were traveling past Earth than scientists had originally predicted. Other experiments, such as AMS-02, installed on the International Space Station in 2011, have confirmed the PAMELA collaboration’s finding.

Where do these extra positrons come from? Several hypotheses have been put forward. According to Tim Linden, an astronomer at Stockholm University, the strongest contenders may be pulsars.

Scientists have been studying gamma rays from pulsars to figure out how many positrons the stars release. “We’re getting numbers that match very well with models where pulsars would produce the excess positrons that we see,” Linden says.

For more antimatter facts, see Ten things you might not know about antimatter.