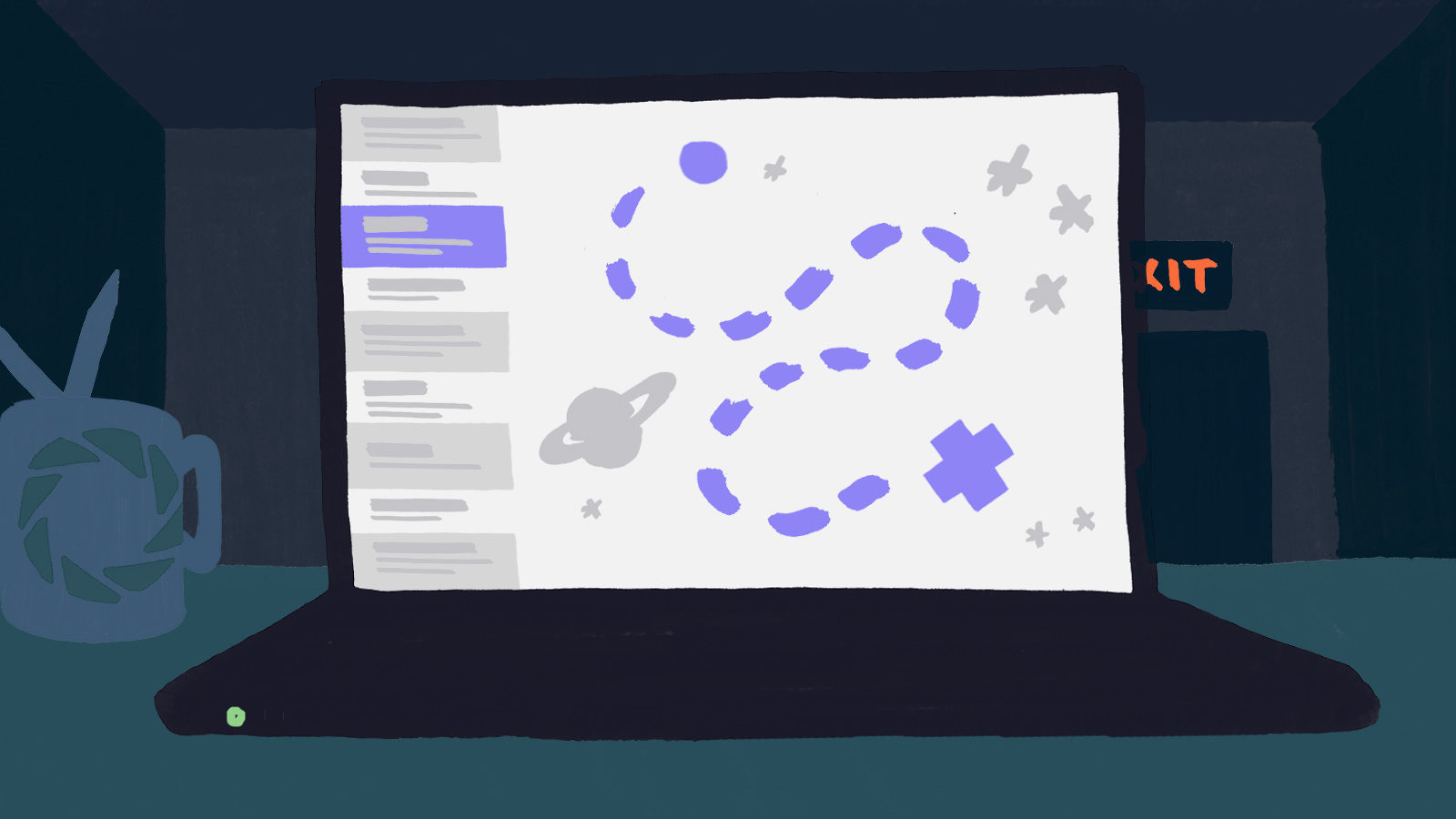 On the morning of September 16, 2015, an email appeared in 63 inboxes scattered around the globe. The message contained a map of the cosmos and some instructions, and everyone who received it knew the most important thing was to keep it secret.

It wasn’t until five months later that the world found out what the owners of those inboxes knew: that two days earlier, on September 14, the Laser Interferometer Gravitational-Wave Observatory (LIGO) detected gravitational waves for the first time. That secret was shared with 63 astronomy collaborations, and it sparked the start of a worldwide treasure hunt. Astronomers searched the skies for rare and faint objects that might be the source of the detected ripples in space-time.

Searching for the optical counterparts to those waves is a crucial step after the initial detection. The additional information can provide interesting scientific results for both gravitational-wave scientists and astronomers. Gravitational waves may be caused by several different phenomena such as neutron stars colliding or, in the case of the first signal, a pair of black holes merging. Studying these objects can be its own reward for astronomers, so they prepare for months or even years to drop everything at a moment’s notice to follow up signals whenever they appear.

But in September, the email from LIGO took most of those astronomers by surprise. In fact, according to LIGO collaboration member Daniel Holz of the University of Chicago, the clear, crisp signal caught just about everyone off guard. Advanced LIGO, the most recent upgrade that had quadrupled their sensitivity, had just begun its engineering run—they had barely turned the machine on when they hit pay dirt.

“It was insane, incredible,” Holz says. “We all worked very hard, and to have what you hope for and dream about land in your lap so fast, so early and so emphatically was like my wildest dreams coming true.”

The signal was detected loud and clear at 4:50 a.m. Chicago time, so Holz was able to see it when he checked email at 7 a.m. His initial thought was that it might have been a mistake, but by the time he’d bicycled to work and had his morning tea, many of the obvious ways the signal could have been an error had been eliminated. By the end of that day, it was likely that the LIGO team had the real thing on their hands.

“We were prepared to do a lot of analysis, and that work can take months,” Holz says. “But this case was so emphatic that within hours we were quite confident that we had something incredibly interesting.”

The collaboration still analyzed the signal for two days before sending it out to astronomy teams. Marica Branchesi, an astronomer who has been part of LIGO and its sister experiment Virgo since 2009, was part of the small group that sent the September 16 email. She says extra care was taken with this first signal.

“Because it was the first candidate, we took the time to do more analysis and be sure it was an event,” she says. “This is something we had dreamed of for a long time.”

While LIGO’s extraordinary sensitivity allows it to detect gravitational waves, which result from warped space-time, pinpointing the source of those waves is another matter. LIGO uses a pair of massive laser interferometers, one located in Washington state, the other in Louisiana. With two detectors, LIGO can figure out which direction the waves are coming from, but a third detector (the Advanced VIRGO detector, located in Italy and coming online later this year) will enable them to triangulate the signal.

What Branchesi and the LIGO/Virgo team sent to astronomers on September 16 was a sky map that covered 600 square degrees, an area 6000 times larger than the full moon, with probabilities assigned to pixels.

“The region of sky is huge,” Branchesi says. “It’s a challenge to cover. With such a large region, you can find many objects that look like they might be the counterpart, but aren’t.” 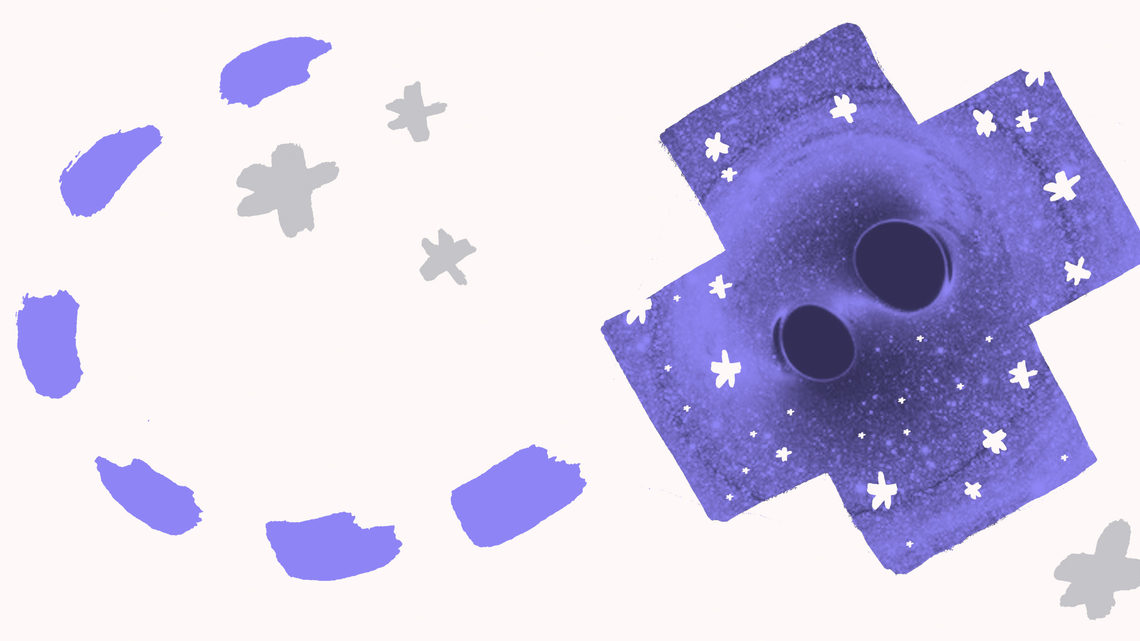 The LIGO team also did not know at the time what we know now—that this particular gravitational wave was caused by a pair of black holes, which are unlikely to be visible with telescopes (though the Fermi Gamma-ray Space Telescope did pick up a burst of gamma rays in the same area). But Marcelle Soares-Santos, an astrophysicist who works on the Dark Energy Survey at the US Department of Energy’s Fermilab, says she would have followed up on the LIGO email regardless.

“There may be something,” she says, “but we don’t know unless we look. We don’t expect a pair of black holes to be visible, but if the area near the black holes is full of matter, maybe we can detect that.”

Soares-Santos is part of a roughly 25-member team within the Dark Energy Survey called DES-GW, dedicated to following up signals from LIGO. The effort began in 2013, when LIGO put out an open invitation to astronomers to search for optical counterparts.

“It seemed like a challenging thing to do, to find a transient object in a huge area of sky,” she says. “But then I realized that the Dark Energy Camera is a perfect tool for a discovery like this.”

That camera, the main instrument of the survey, has several advantages, Soares-Santos says: It has a wide field of view, it’s on a large telescope (the 4-meter Blanco telescope at the Cerro Tololo Inter-American Observatory in Chile), and it has a particular sensitivity to the red end of the spectrum, which helps astronomers chase down the faint objects they’re looking for.

DES-GW has an agreement with the main Dark Energy Survey: If a signal from LIGO comes in, astronomers drop everything and use the camera to chase it. That’s because the objects that are likeliest to be found are neutron stars, the smallest and densest types of stars known to exist. They are thought to form when a massive star collapses, creating a supernova, and they fade quickly, rapidly rendering them undetectable.

When two neutron stars are formed side by side, the theory goes, these stars create detectable gravitational waves. Spotting two neutron stars (or a neutron star paired with a black hole) would be like finding buried treasure. And it would be just as difficult, according to Stephen Smartt of the Panoramic Survey Telescope and Rapid Response System (Pan-STARRS) collaboration, which also followed up this first signal.

“The sky maps we receive are 500 to 1000 square degrees, which is a big chunk of sky,” he says. “Only a small number of facilities are able to map out that area to faint limits.”

Most of the teams working on these optical follow-ups expect the counterparts to be faint, Smartt says, because if they were bright and common, then the currently running surveys would probably have spotted them already.

“They could have already been discovered and we haven’t recognized them,” he says, “but most astronomers think that is unlikely.”

Essentially, Smartt says, astronomers are looking for something bright, fleeting and newly formed—something that hasn’t shown up on previous sweeps of the survey area. Soares-Santos notes that astronomers are essentially looking for an object like a supernova, but fainter, redder and decaying faster.

“A supernova lasts about a month,” she says. “These last about 10 days. That’s why we want to be quick.”

The initial sky map sent to astronomers showed two areas of high probability, one in the northern part of the region and one in the southern part. Pan-STARRS, based in Hawaii, concentrated on the northern one, finding roughly 60 transient objects and analyzing them. They discovered nothing unusual and, as more analysis was done on LIGO’s end, learned that they were looking in an area less likely to be the source. But Smartt’s very happy to keep following up these signals.

“It was an amazing discovery,” he says. “These follow-ups are a high-risk project, and we don’t know if we will hit gold or find nothing.”

But finding the sought-for objects would open up doors to new science, from probing the origin of heavy elements to high-energy physics and even constraining theories of modified gravity.

“The payoff is so great, it’s worth pursuing,” he says.

DES scanned the southern area and similarly found nothing unusual. More detailed maps were provided later, showing that they too were off the mark somewhat, but as the system improves, this should be less of an issue. And there will be plenty of opportunity to put it through its paces in the future.

“At first [DES-GW] was seen as high-risk,” Soares-Santos says. “Now the perception is that there is still a risk involved, but there will not be a lack of events. Everybody is very happy we did this.”

And the results of following these signals will be beneficial to astronomy as well. DES scientists will learn more about objects they rarely observe, like binary neutron stars, but they could also potentially use that information to aid in their main mission to learn more about dark energy. Soares-Santos explained that they could use neutron stars the same way they are using supernovae now, to study how the universe has expanded over time.

“In principle, if the rates are as high as we think they could be, we could have another probe for DES,” she says.

Branchesi agreed that the system, though currently working well, will improve. In particular, the LIGO/Virgo team wants to get the alerts to astronomers sent out no more than a few minutes after gravitational waves are detected. And with the Advanced VIRGO detector coming online soon, the probability maps will get much more exact.

But she says she was happy with how well such a vast and diverse group of physicists and astronomers worked together not only to detect gravitational waves for the first time, but also to follow up that detection with solid observation. That, she says, will only get better as well.

“There’s a lot of us, and it’s important that we work together,” she says.

LIGO is still holding an open call for astronomy collaborations that would like to look for optical counterparts to gravitational wave signals. It’s a chance, Holz says, to be part of something that has captivated the world.

“Our community is very excited, the broader scientific community is excited and the public is excited,” he says. “It’s similar to the Higgs discovery, but different, because it’s opening up an entirely new window. It’s enabling the first step in a whole new way to probe the universe, and the excitement is about where we're headed. It’s revolutionary.”