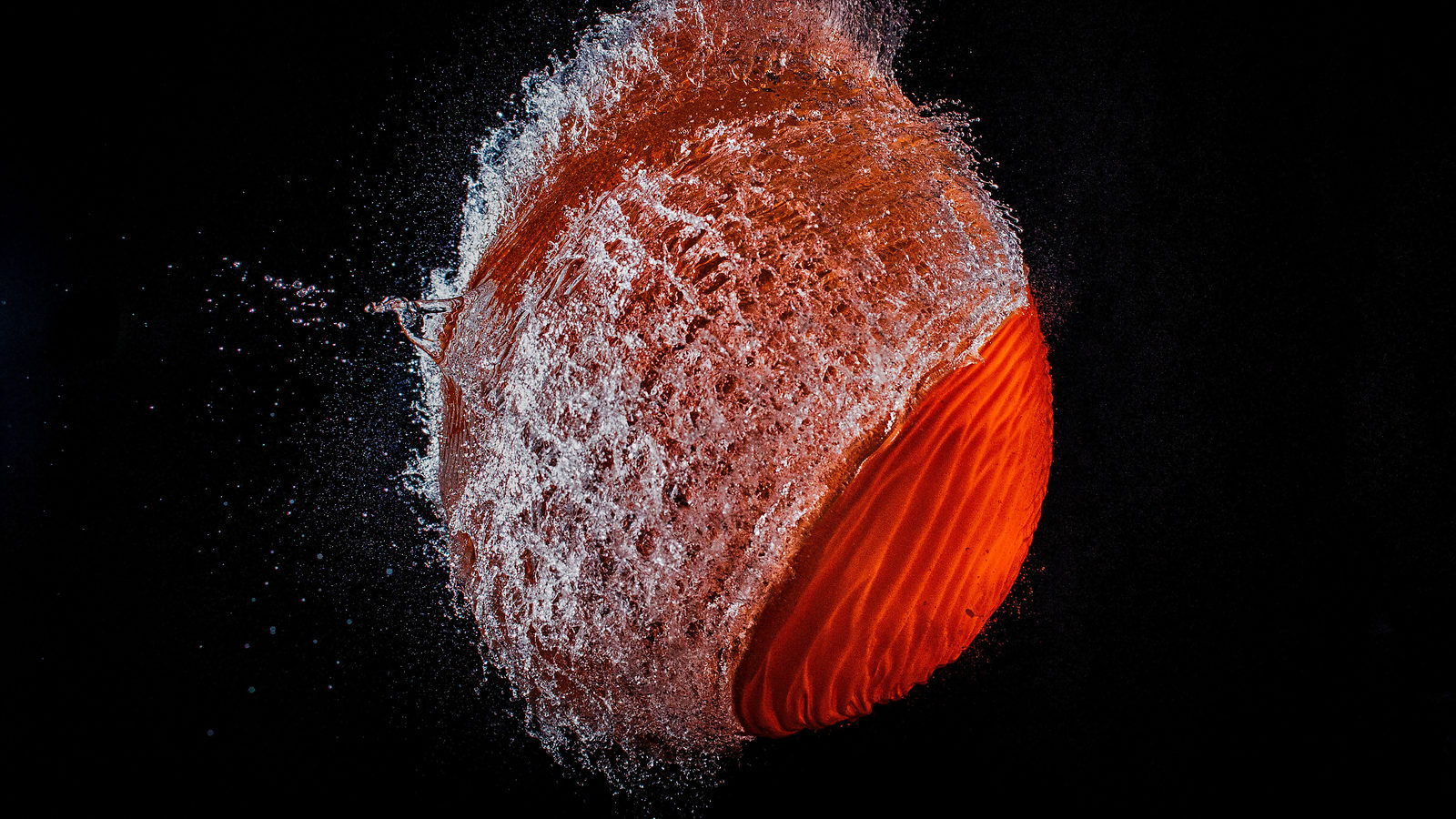 Some of the best commercially available high-speed cameras can capture thousands of frames every second. They produce startling videos of water balloons popping and hummingbirds flying in ultra-slow motion.

But what if you want to capture an image of a process so fast that it looks blurry if the shutter is open for even a billionth of a second? This is the type of challenge scientists on experiments like CMS and ATLAS face as they study particle collisions at CERN’s Large Hadron Collider.

When the LHC is operating to its full potential, bunches of about 100 billion protons cross each other’s paths every 25 nanoseconds. During each crossing, which lasts about 2 nanoseconds, about 50 protons collide and produce new particles. Figuring out which particle came from which collision can be a daunting task.

“Usually in ATLAS and CMS, we measure the charge, energy and momentum of a particle, and also try to infer where it was produced,” says Karri DiPetrillo, a postdoctoral fellow working on the CMS experiment at the US Department of Energy’s Fermilab. “We’ve had timing measurements before—on the order of nanoseconds, which is sufficient to assign particles to the correct bunch crossing, but not enough to resolve the individual collisions within the same bunch.”

Thanks to a new type of detector DiPetrillo and her collaborators are building for the CMS experiment, this is about to change.

“These time stamps will enable
us to determine when in time different collisions occurred.”

Physicists on the CMS experiment are devising a new detector capable of creating a more accurate timestamp for passing particles. The detector will separate the 2-nanosecond bursts of particles into several consecutive snapshots—a feat a bit like taking 30 billion pictures a second.

This will help physicists with a mounting challenge at the LHC: collision pileup.

Picking apart which particle tracks came from which collision is a challenge. A planned upgrade to the intensity of the LHC will increase the number of collisions per bunch crossing by a factor of four—that is from 50 to 200 proton collisions—making that challenge even greater.

Currently, physicists look at where the collisions occurred along the beamline as a way to identify which particular tracks came from which collision. The new timing detector will add another dimension to that.

DiPetrillo and fellow US scientists working on the project are supported by DOE’s Office of Science, which is also contributing support for the detector development.

According to DiPetrillo, being able to separate the collisions based on when they occur will have huge downstream impacts on every aspect of the research. “Disentangling different collisions cleans up our understanding of an event so well that we’ll effectively gain three more years of data at the High-Luminosity LHC. This increase in statistics will give us more precise measurements, and more chances to find new particles we’ve never seen before,” she says.

The precise time stamps will also help physicists search for heavy, slow moving particles they might have missed in the past.

“Most particles produced at the LHC travel at close to the speed of light,” DiPetrillo says. “But a very heavy particle would travel slower. If we see a particle arriving much later than expected, our timing detector could flag that for us.”

The new timing detector inside CMS will consist of a 5-meter-long cylindrical barrel made from 160,000 individual scintillating crystals, each approximately the width and length of a matchstick. This crystal barrel will be capped on its open ends with disks containing delicately layered radiation-hard silicon sensors. The barrel, about 2 meters in diameter, will surround the inner detectors that compose CMS’s tracking system closest to the collision point. DiPetrillo and her colleagues are currently working out how the various sensors and electronics at each end of the barrel will coordinate to give a time stamp within 30 to 50 picoseconds.

“Normally when a particle passes through a detector, the energy it deposits is converted into an electrical pulse that rises steeply and the falls slowly over the course of a few nanoseconds,” says Joel Butler, the Fermilab scientist coordinating this project. “To register one of these passing particles in under 50 picoseconds, we need a signal that reaches its peaks even faster.”

Scientists can use the steep rising slopes of these signals to separate the collisions not only in space, but also in time. In the barrel of the detector, a particle passing through the crystals will release a burst of light that will be recorded by specialized electronics. Based on when the intense flash of light arrives at each sensor, physicists will be able to calculate the particle’s exact location and when it passed. Particles will also produce a quick pulse in the endcaps, which are made from a new type of silicon sensor that amplifies the signal. Each silicon sensor is about the size of a domino and can determine the location of a passing particle to within 1.3 millimeters.

“High-precision timing is a new concept in high-energy physics,” says DiPetrillo. “I think it will be the direction we pursue for future detectors and colliders because of its huge physics potential. For me, it’s an incredibly exciting and novel project to be on right now.”