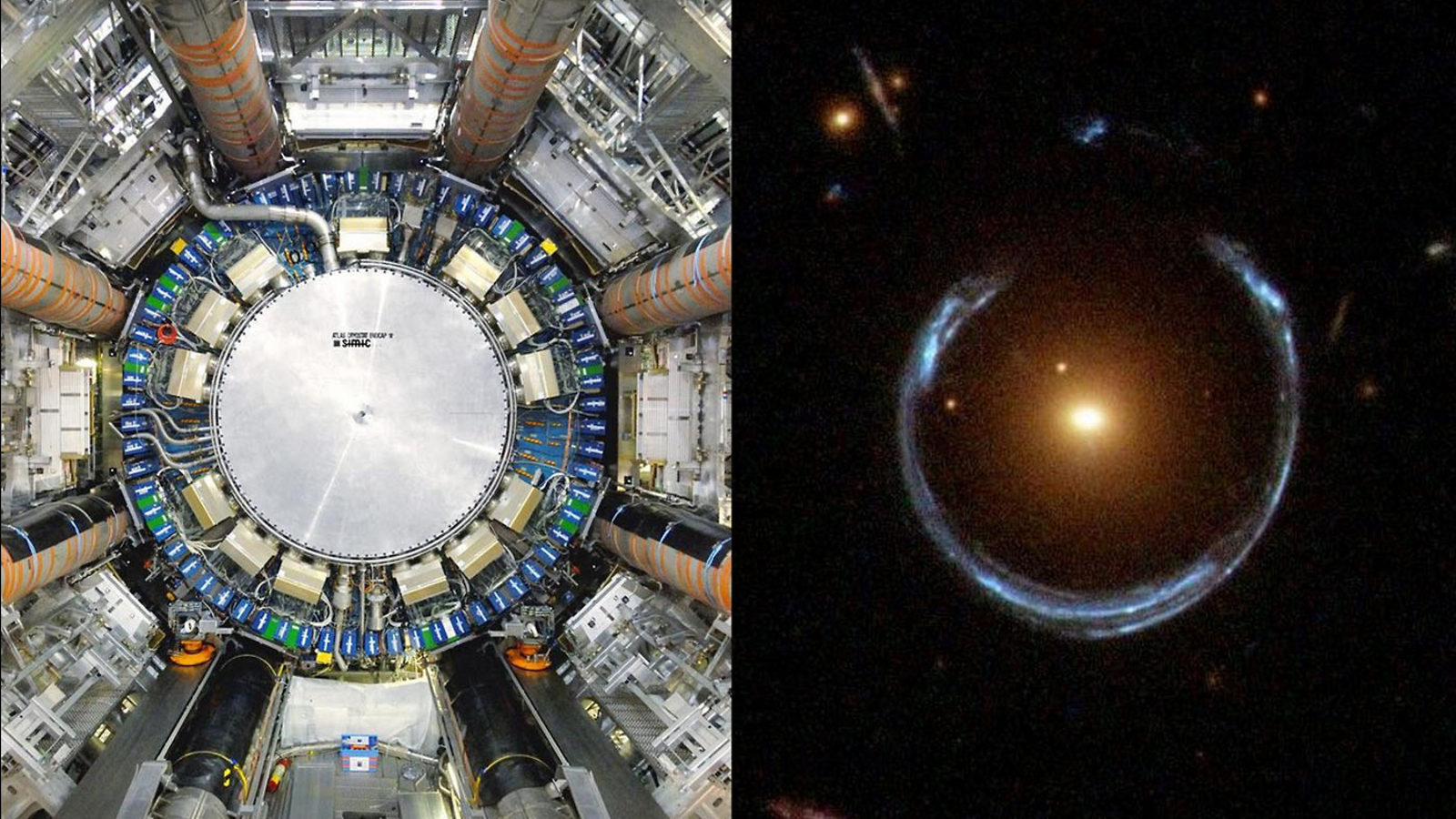 Citizen science, scientific work done by the general public, is having a moment.

In June 2014, the term “citizen science” was added to the Oxford English Dictionary. This month, the American Association for the Advancement of Science—one of the world’s largest general scientific societies—dedicated several sessions at its annual meeting to the topic. A two-day preconference organized by the year-old Citizen Science Association attracted an estimated 700 participants.

Citizen scientists interested in taking part in particle physics research have few options at the moment, but they may have a new opportunity on the horizon with the Large Synoptic Survey Telescope.

Citizen science projects have helped researchers predict the structure of proteins, transcribe letters from Albert Einstein, and monitor populations of bees and invasive crabs. The citizen science portal “Zooniverse,” launched in 2007, has attracted 1.3 million users from around the world. According to a report by Oxford University astronomer Brooke Simmons, the first Zooniverse project, “Galaxy Zoo,” has so far published 57 scientific papers with the help of citizen scientists.

Of the 27 projects on the Zooniverse portal, just one allows volunteers to help with the analysis of real data from a particle physics experiment. “Higgs Hunters,” launched in November 2014, invites citizen scientists to help physicists find evidence of strange particle behavior in images of collisions from the Large Hadron Collider.

When protons collide in the LHC, their energy transfers briefly into matter, forming different types of particles, which then decay into less massive particles and eventually dissipate back into energy. Some particle collisions create Higgs bosons, particles discovered in 2012 at the LHC.

“We don’t yet know much about how the Higgs boson decays,” says particle physicist Alan Barr at Oxford University in the UK, one of the leads of the Higgs Hunters project. “One hypothesis is that the Higgs decays into new, lighter Higgs particles, which would travel some distance from the center of our detector where LHC’s protons collide. We wouldn’t see these new particles until they decayed themselves into known particles, generating tracks that emerge ‘out of thin air,’ away from the center.”

So far, almost 5,000 volunteers have participated in the Higgs Hunters project. Over the past three months, they have classified 600,000 particle tracks.

Why turn to citizen science for this task?

“It turns out that our current algorithms aren’t trained well enough to identify the tracks we’re interested in,” Barr says. “The human eye can do much better. We hope that we can use the information from our volunteers to train our algorithms and make them better for the second run of LHC.”

Humans are also good at finding problems an algorithm might miss. Many participants flagged as “weird” an image showing what looked like a shower of particles called muons passing through the detector, Barr says. “When we looked at it in more detail, it turned out that it was a very rare detector artifact, falsely identified as a real event by the algorithms.”

Volunteers interested in Higgs Hunters have only a couple of months left to participate. Barr estimates that by April, the project will have collected enough data for researchers to proceed with an in-depth analysis.

Armchair astrophysicists can find their own project in the Zooniverse. “SpaceWarps” asks volunteers to look for distortions in images of faraway galaxies—evidence of gravitational lensing.

Gravitational lensing occurs when the gravitational force of massive galaxies or galaxy clusters bends the space around them so that light rays traveling near them follow curved paths.

Einstein predicted this effect in his Theory of General Relativity. You can see an approximation of it by looking at a light through the bottom of a wine glass. Gravitational lensing is used to determine distances in the universe—key information in measuring the expansion of the universe and understanding dark energy.

Recognizing gravitational lensing is a difficult task for a computer program, but a relatively easy one for a human, says Phil Marshall, a scientist at the Kavli Institute for Particle Astrophysics and Cosmology at Stanford University and SLAC National Accelerator Laboratory.

Marshall, one of three principal investigators for SpaceWarps, says he sees a lot of potential in the interface between humans and machines. “They both have different skills that complement each other.”

According to the SpaceWarps website, more than 51,000 volunteers have made more than 8 million classifications to date and have discovered dozens of candidates for gravitational lenses that were not detected by algorithms. The project is currently adding new data for people to analyze.

Citizen science may become particularly important for another project Marshall is interested in: the Large Synoptic Survey Telescope, to be built on a mountaintop in Chile.

Technicians recently completed a giant double mirror for the project, and its groundbreaking will take place this spring. Beginning in 2022, LSST will take a complete image of the entire southern sky every few nights. It is scheduled to run for a decade, collecting 6 million gigabytes of data each year. The information collected may help scientists unravel cosmic mysteries such as dark matter and dark energy.

“Nobody really knows what citizen science will look like for LSST,” Marshall says. “However, a good approach would be to make use of the fact that humans are very good at understanding confusing things. They could help us inspect images for odd features, potentially spotting new things or pointing out problems with the data.”

Citizen scientists could also help with the LSST budget.

Henry Sauermann at the Georgia Institute of Technology and Chiara Franzoni at the Politecnico di Milano in Italy recently studied seven Zooniverse projects started in 2010. They calculated the efforts of unpaid volunteers over just the first 180 days to be worth $1.5 million.

But the value of citizen science to LSST may depend on whether it can attract a dedicated group of amateur researchers.

Sauermann and Franzoni’s study showed that 10 percent of contributors to the citizen science projects they studied completed an average of almost 80 percent of all of the work.

“We also see that with SpaceWarps,” Marshall says. “Most Internet users have a very short attention span.”

It’s all about how well the researchers design the project, he says.

“It must be easy to get started and, at the same time, empower the participant enough to make serious contributions to science,” Marshall says. “It’s on us to provide volunteers with interesting things to do.”

Editor's note: Reader Richard Mitnick points out that there are additional ways volunteers can contribute to particle physics. You can contribute computing power through the long-running lhc@home project and, if you have the expertise, you can also analyze data provided through CERN's Open Data portal.