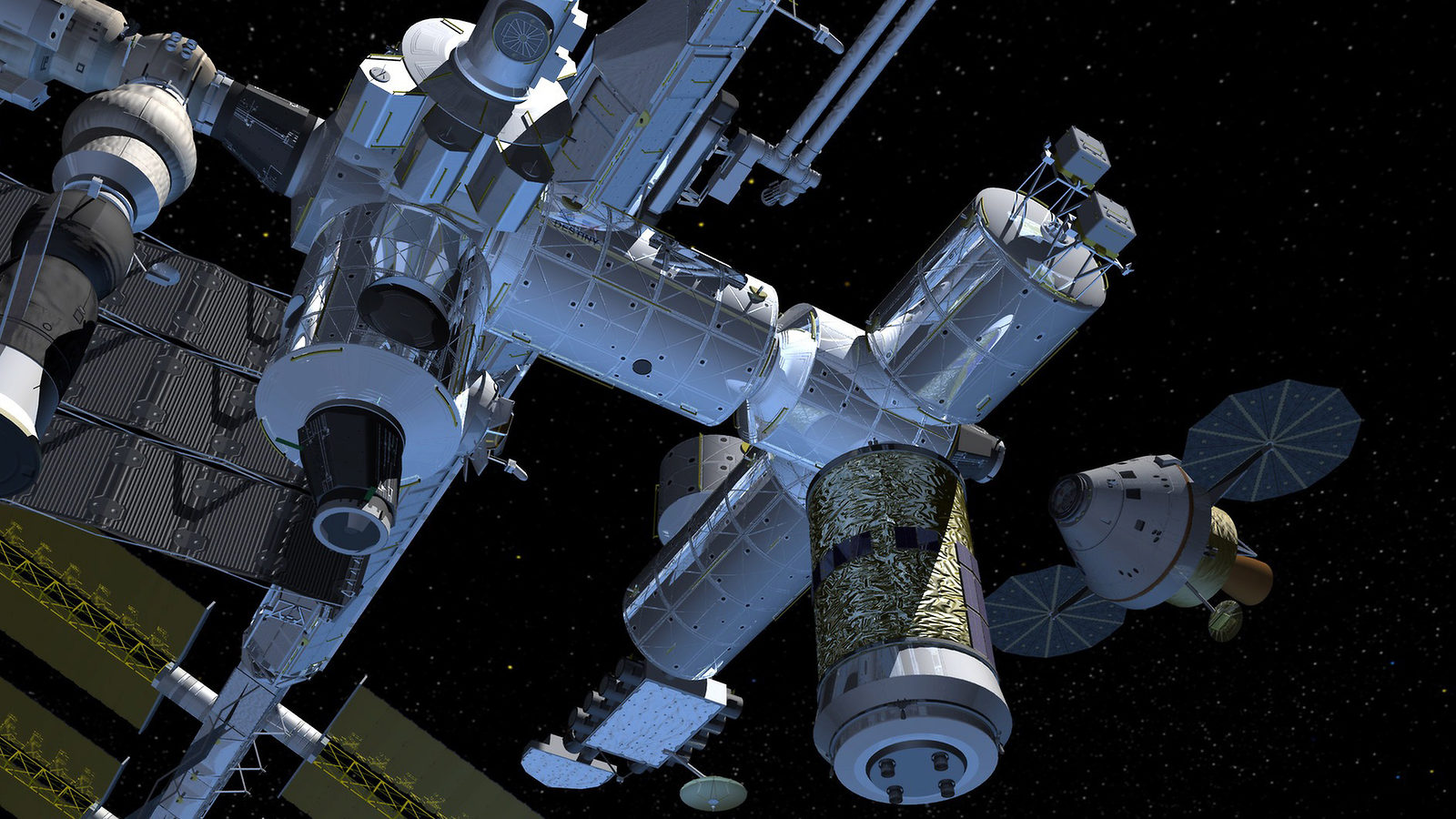 As a member of the ATLAS experiment at the Large Hadron Collider, Ryan Rios spent 2007 to 2012 surrounded by fellow physicists.

Now, as a senior research engineer for Lockheed Martin at NASA’s Johnson Space Center, he still sees his fair share.

He’s not the only scientist to have made the leap from experimenting on Earth to keeping astronauts safe in space. Rios works on a small team that includes colleagues with backgrounds in physics, biology, radiation health, engineering, information technology and statistics.

“I didn’t really leave particle physics, I just kind of changed venues,” Rios says. “A lot of the skillsets I developed on ATLAS I was able to transfer over pretty easily.”

Massive solar flares and other solar events that accelerate particles, other sources of cosmic radiation, and weak spots in Earth’s magnetic field can all pose radiation threats to astronauts. Members of the radiation group provide advisories on such sources. This makes it possible to warn astronauts, who can then seek shelter in heavier-shielded areas of the spacecraft.

Rios worked at CERN for four years as a graduate student and postdoc at Southern Methodist University in Dallas. At CERN he was introduced to a physics analysis platform called ROOT, which is also used at NASA. Some of the particle detectors he works with now were developed by a CERN-based collaboration.

Fellow Johnson Space Center worker Kerry Lee wound up a group lead for radiation operations after using ROOT during his three years as a summer student on the Collider Detector at Fermilab, or CDF experiment.

“As a kid, I just knew I wanted to work at NASA,” says Lee, who grew up in rural Wyoming. He pursued an education in engineering physics and “enjoyed the physics part more than the engineering.” He received a master’s degree in particle physics at Texas Tech University.

A professor there helped him attain his current position. “He asked me what I really wanted to do in life,” Lee says, “and I told him, ‘NASA.’”

He worked on data analysis for a detector aboard the robotic Mars Odyssey mission, which flew in 2001. “The tools I learned at Fermilab for data analysis were perfectly applicable for the analysis on this detector,” he says.

One of his most enjoyable roles was training astronauts to use radiation-monitoring equipment in space.

“Every one of the crew members would come through [for training],” he says. “Meeting the astronauts is very exciting—it is always a diverse and interesting group of people. I really enjoy that part of the job.”

Physics was also the starting point for Martin Leitgab, a senior research engineer who joined the Johnson Space Center group in 2013. As a PhD student, Leitgab worked at the PHENIX detector at Brookhaven National Laboratory’s Relativistic Heavy Ion Collider. He also took part in the Belle Collaboration at the KEK B-factory in Japan.

A native of Austria who had attended the University of Illinois at Urbana-Champaign, Leitgab says his path to NASA was fairly roundabout.

“When I finished my PhD work I was at a crossroads—I did not have a master plan,” he says.

He says he became interested in aerospace and wrote some papers related to solar power in space. His wife is from Texas, so Johnson Space Center seemed to be a good fit.

“My job is to make sure that the detector built for the International Space Station works as it should, and to get data out of it,” he says. “It’s very similar to what I did before… The hardware is very different, but the experimental approach in testing and debugging detectors, debugging the software that reads out the data from the detectors and determining the system efficiency and calibration—that’s pretty much a one-to-one comparison with high-energy physics detectors work.”

Leitgab, Lee and Rios all say the small teams and tight, product-driven deadlines at NASA represent a departure from the typically massive collaborations for major particle physics experiments. But other things are very familiar: For example, NASA’s extensive collection of acronyms.

Rios says he relishes his new role but is glad to have worked on one of the experiments that in 2012 discovered the Higgs boson. “At the end of the day, I had the opportunity to work on a very huge discovery—probably the biggest one of the 21st century we’ll see,” he says.

High school physics teacher Becky Parker and her students thought they would soon be the first to send a new type of particle-detecting microchip into outer space.