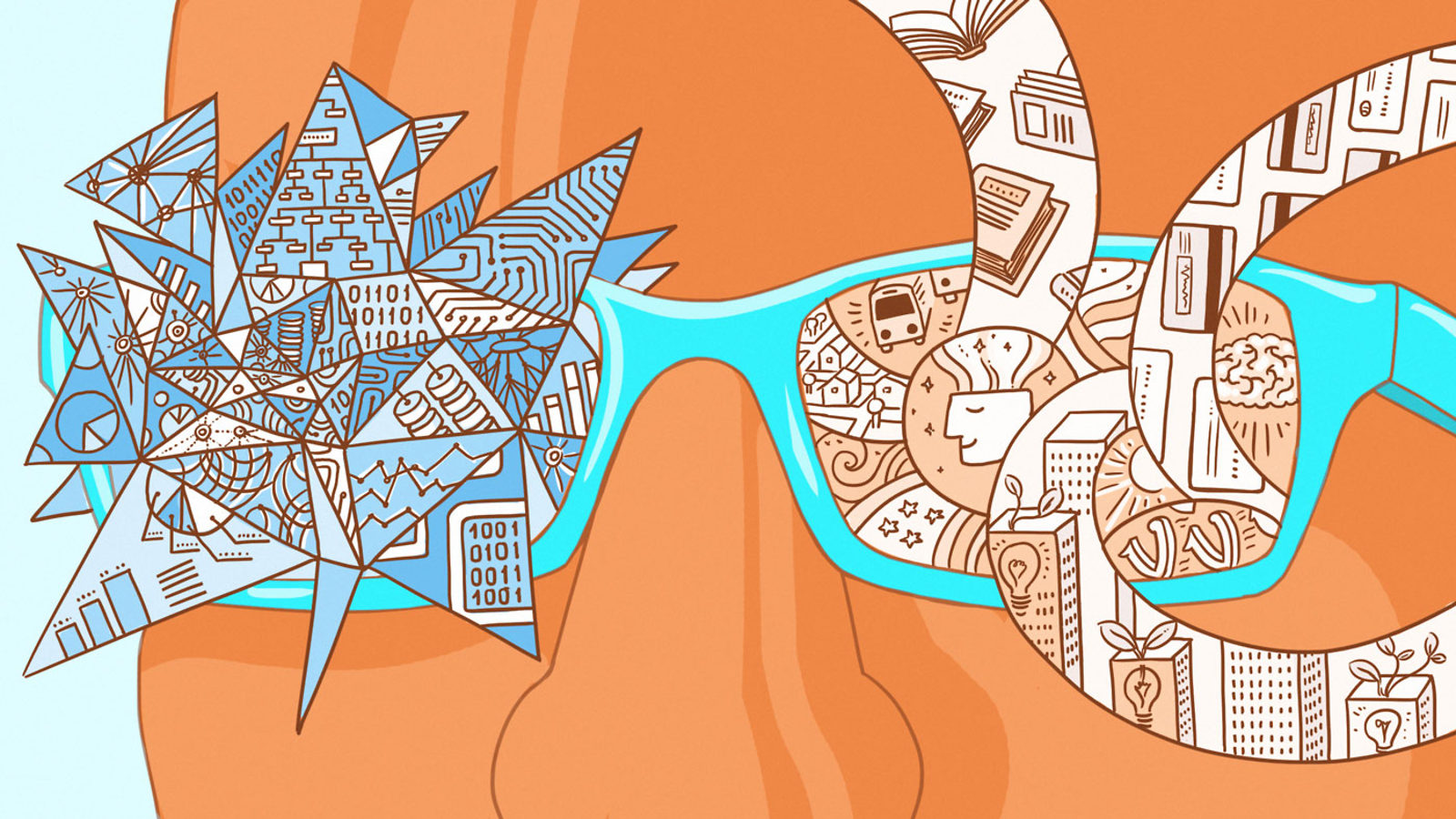 Michelangelo D’Agostino took a few forays into the world outside particle physics before confidently switching to a career in data science, where he exercises his physics muscles to generate results in politics, business and societal issues like energy and health.

“I love being able to use my statistical and programming skills in an environment where you can quickly see the impact that you're having on the world,” D’Agostino says.

At UC Berkeley, his work focused on the IceCube Neutrino Observatory at the South Pole, where thousands of sensors under the ice detect nearly massless but extremely energetic neutrinos from exploding stars and other cataclysmic events. D’Agostino ran simulations to help distinguish whether particles hitting the sensors were of interest or not. On the side, he wrote about science for The Berkeley Science Review and even spent a summer as a writing intern for The Economist.

After earning his PhD, he secured a postdoctoral research position at Argonne National Laboratory, just outside his Chicago hometown. He spent two years calibrating instruments for a neutrino experiment in France, working with people from all over the world and playing with the data to help find a parameter that helps explain neutrino oscillations.

Still adventurous, D’Agostino decided to test his physics-learned skills in the wider world when he came across a job ad for data specialists for the 2012 Obama campaign at Chicago headquarters.

“He told me that every time he wanted to do something that people told him he was crazy to do, it was the best decision,” D’Agostino says.

So D’Agostino took the leap and joined the campaign—and discovered that the work was surprisingly similar to what he had been doing in particle physics.

“In particle physics, we build statistical models to tell us the probability of an event in the detector being signal or background. On the campaign, we built models that would tell us how likely someone was to support Obama, donate money or volunteer,” he says. All that without having to scrub toilets as he had at the South Pole (see his account of the latter experience in The Economist).

Happy with the research-like challenges to solve in data science, D’Agostino sought to stay in his new field. When the campaign ended, he signed up with Chicago startup Braintree, which aids online businesses in securely processing credit card payments.

“Michelangelo is not only smart, but also very quick at picking up a lot of new information, making himself invaluable and critical in a campaign full of data nerds, and an impressive mentor as well,” says Rayid Ghani, chief scientist for the Obama campaign, director of the Social Good summer program, and research director of the Computation Institute, a joint initiative between the University of Chicago and Argonne.

In January, D’Agostino moved to Civis Analytics, a relatively new consulting company founded by former Obama campaign data specialists. There, he helps nonprofits, governments and companies learn from their troves of data to meet their goals and challenges.

His ability to glean results from big datasets came from physics, of course. Physics also schooled him in teaching himself what he needed to know to take on tough new problems in a constantly changing world.