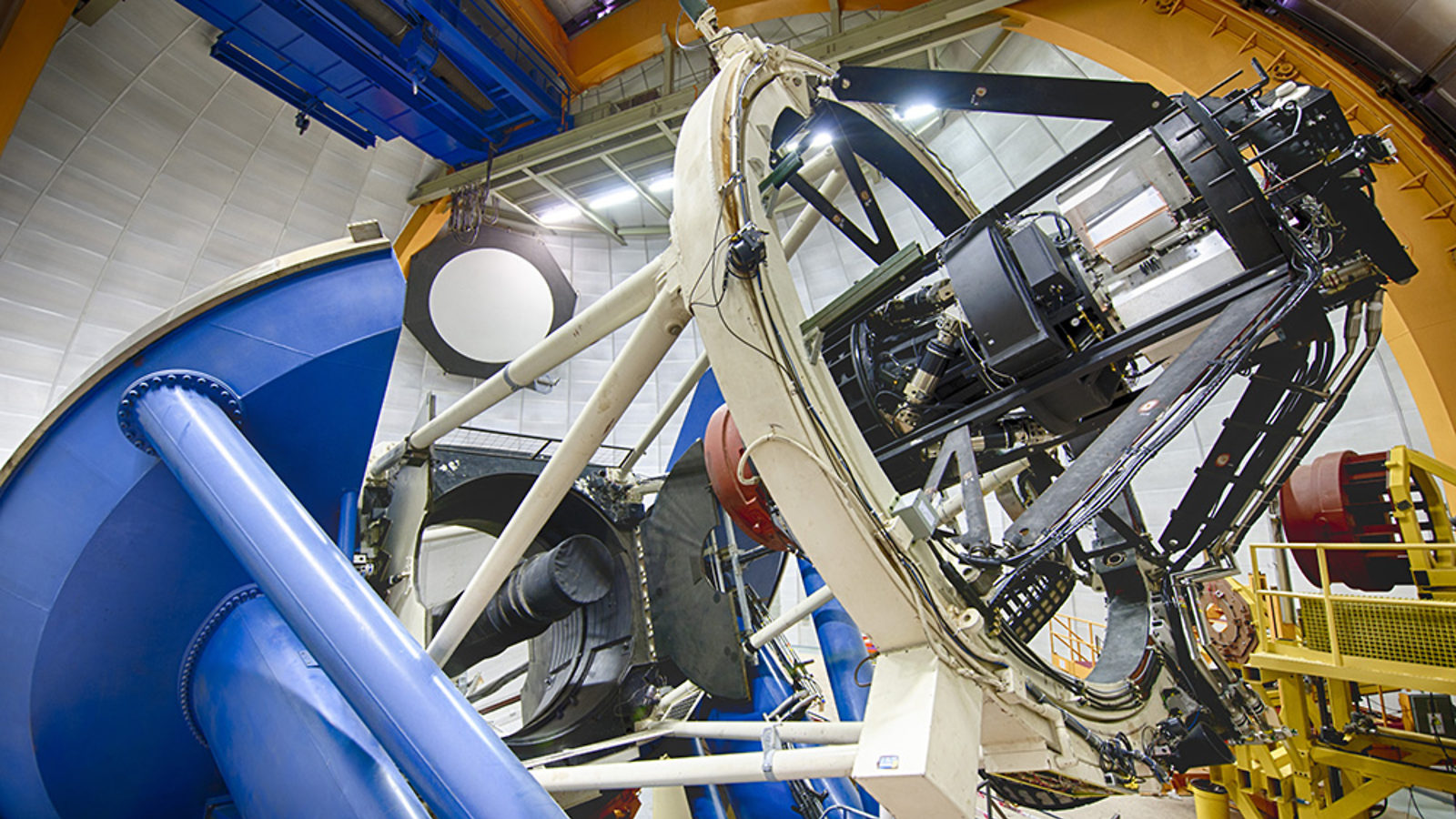 When weather prevented other telescopes from tracking a potentially hazardous asteroid, the Dark Energy Camera stepped in.

For seven minutes earlier this month, two Fermilab physicists moonlighted as astronomers who, like the Men in Black, were positioned to protect the Earth from the scum of the universe.

On February 3, Alex Drlica-Wagner and Steve Kent were in Chile taking data for the Dark Energy Survey when they received an email stating that a satellite telescope had picked up signs of a potentially hazardous asteroid, one whose orbit might soon meet with Earth’s.

The message had come from a scientist at NASA's Jet Propulsion Laboratory. Bad weather in the northern hemisphere had foiled attempts by JPL’s two go-to cameras to photograph the asteroid, hindering the lab’s ability to predict its orbit. Could the Dark Energy Camera take a bit of time off from its usual task of imaging distant galaxies to take pictures of this near-Earth object?

“We know about thousands of these asteroids,” Kent says. “Of course, one we didn’t know about hit Russia last year, so there’s a lot of interest.”

Since the asteroid was new on the orbital block, astronomers had only a rough idea of where it was headed. They did know it would soon pass in line with the sun and thus be difficult to spot in photographs.

“If we didn’t follow up on it within two days, they weren’t going to be able to follow it up anytime soon,” Drlica-Wagner says. “Because of the weather and the uncertainty of the predictions, DECam was the only thing that could pull it off.”

Given Chile’s clear skies and DECam’s large field of view, Drlica-Wagner and Kent were fairly confident they could catch the asteroid on camera in five takes, even if its predicted location was only an estimate. They punched in the coordinates JPL gave them and took their shots. Seven minutes later, they had photos.

The asteroid turned up in all five, though it wasn’t immediately apparent. The images had to be processed by the National Optical Astronomy Observatory in Tucson, Ariz., and coordinates submitted to the Minor Planet Center in Cambridge, Mass., to figure out the orbit. The results were then sent to JPL.

The asteroid looked just like the faint stars that it shared the photos with, except for one characteristic—it appeared in different positions in the five images, just the way a cartoon dot would move in a flipbook.