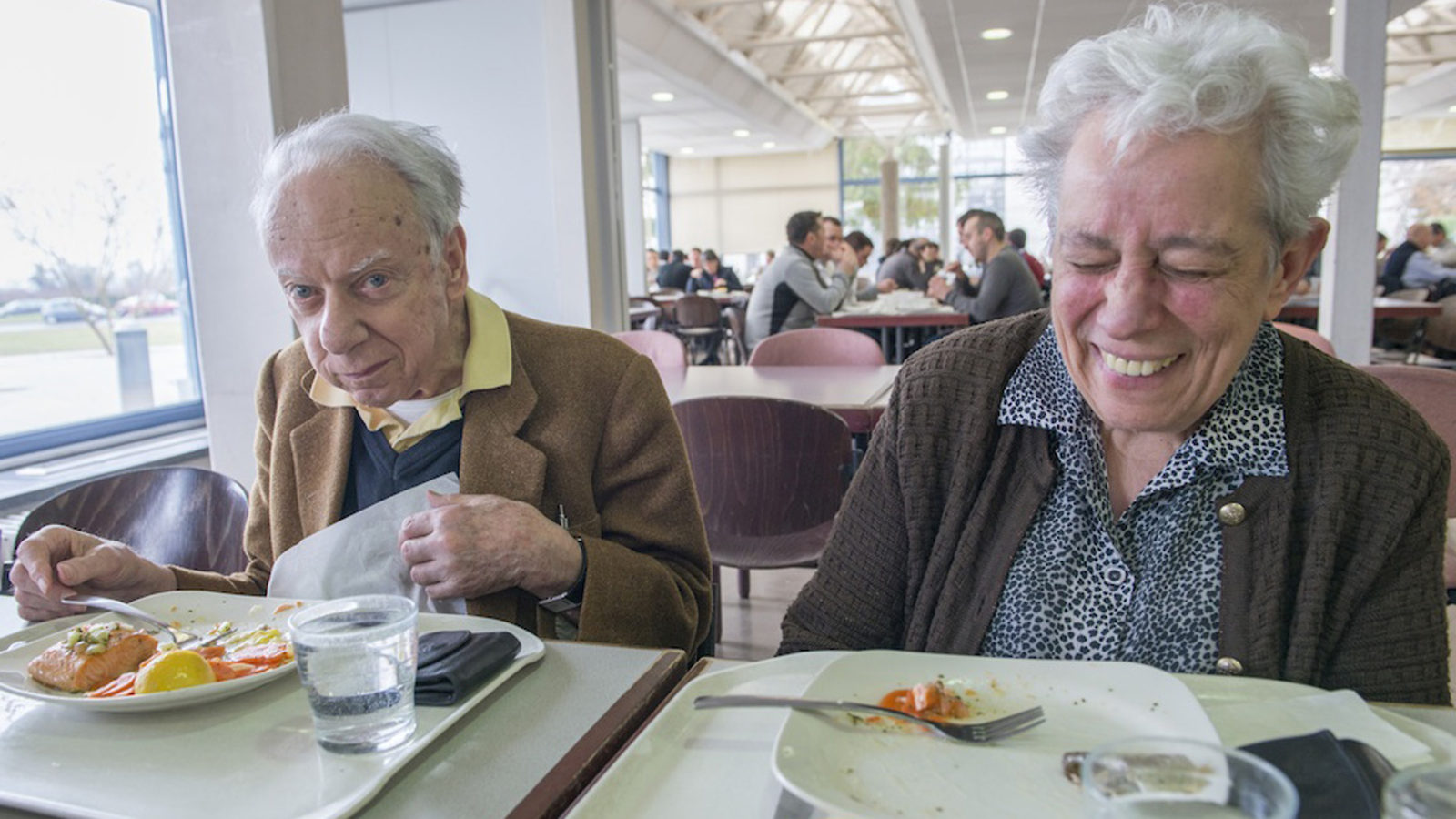 A pair of scientists who have been at CERN since almost the very beginning still often find themselves in the laboratory’s cafeteria, arguing physics.

CERN laboratory, home of the Large Hadron Collider, will celebrate 60 years of pioneering scientific research and exciting discoveries this year.

Two Italian physicists, Maria and Giuseppe Fidecaro, can tell you about nearly every one of those years. They arrived in 1956, just after the laboratory was founded. Most impressively, they are still hard at work, every day.

The couple is easy to spot, even in the cafeteria during busy lunchtimes, where they usually engage in the liveliest discussions. “We argue quite a lot,” Maria says with a big smile. “We have very different styles.”

“But in general, in the end, we agree,” Giuseppe says.

In October 1954, Giuseppe went to the University of Liverpool as a CERN Fellow to do research with Liverpool’s brand new synchrocyclotron, a ring-shaped particle accelerator. Maria also joined, having obtained a fellowship from the International Federation of University Women.

After getting married in July 1955, they carried out experiments on subatomic particles called pions—Giuseppe with a lead glass Cerenkov counter, Maria with a diffusion chamber.

In summer 1956, both moved to Geneva, and Maria started a CERN fellowship. “There were only about 300, maybe 400 people at CERN then,” Maria says.

At the time, a beautiful mansion called “Villa de Cointrin” housed the administrative offices, while physicists had their offices in nearby barracks.

When CERN first formed, it united 12 countries that, not too many years earlier, had fought against one another in World War II. When the Fidecaros arrived, “it was just a mere 10 years after the end of the war,” Maria says. “The war feelings were still very much there.”

“But it was really easy to work with each other,” Giuseppe says. “Everybody got along; we all had a common goal.”

Giuseppe was assigned to CERN’s Synchrocyclotron Division. He worked on the first accelerator built at the laboratory, which was operated from 1957 until 1990. Giuseppe set up a group and prepared the basic equipment that was used in 1958 to discover pions decaying into an electron and a neutrino. It was a hot topic at the time. “The news went all over the world overnight,” Giuseppe says.

In the meantime, Maria worked on a novel method to provide polarised proton beams. Although there were very few women at CERN when she started, Maria feels she was respected by her peers. “In my group, I was simply one of them,” she says.

Today, long after most of their peers have retired, the Fidecaros have both chosen to remain active and are still doing research, just of another style. Giuseppe delves in the history of physics, while Maria is happy to revisit some of her past work, making sure she did not overlook any important details.

“In the heat of the moment, with the beams on and everything, there was no time to have a broad view,” she explains. “It’s a pleasure to go back and gain a deeper insight and put our work in perspective with respect to what was going on at CERN and elsewhere.”

Both agree: Every moment was good. “Having gone through all of it for 60 years is what has been best,” Maria says.

“It was great to be able to pioneer so many different experiments, and to share work with so many interesting people,” Giuseppe adds.

“Life has been kind to us,” Maria says.

A version of this article appeared in Quantum Diaries.

SLAC National Accelerator Laboratory honors its five-decade history as it forges ahead into new areas of scientific research.