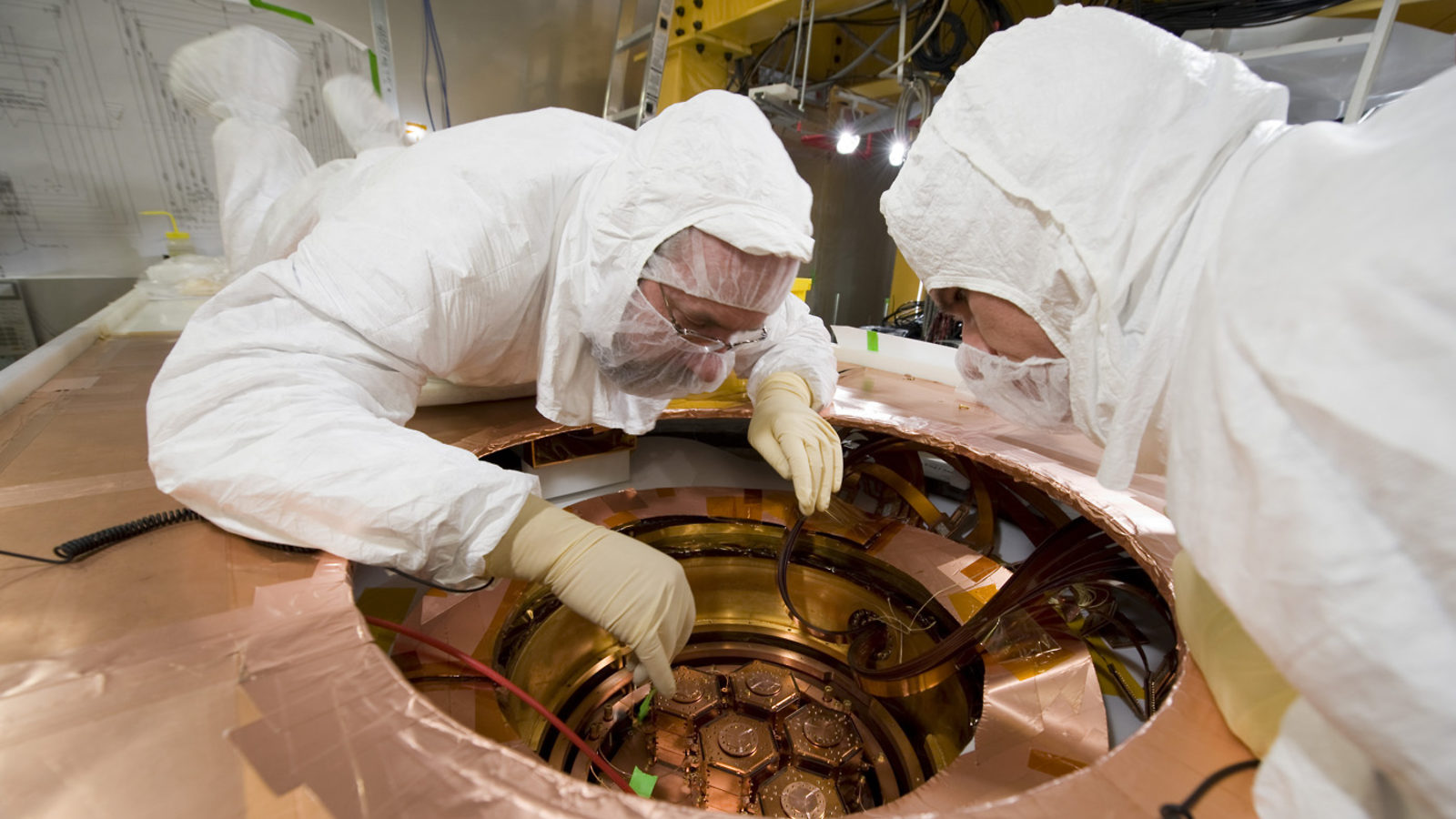 Scientists looking for dark matter face a serious challenge: No one knows what dark matter particles look like. So their search covers a wide range of possible traits—different masses, different probabilities of interacting with regular matter.

Today, scientists on the Cryogenic Dark Matter Search experiment, or CDMS, announced they have shifted the border of this search down to a dark-matter particle mass and rate of interaction that has never been probed.

Their result, which does not claim any hints of dark matter particles, contradicts a result announced in January by another dark matter experiment, CoGeNT, which uses particle detectors made of germanium, the same material as used by CDMS.

Today’s result carves out interesting new dark matter territory for masses below 6 billion electronvolts. The dark matter experiment Large Underground Xenon, or LUX, recently ruled out a wide range of masses and interaction rates above that with the announcement of its first result in October 2013.

Even more confounding is the fact that scientists don’t know whether dark matter particles interact in the same way in detectors built with different materials. In addition to germanium, scientists use argon, xenon, silicon and other materials to search for dark matter in more than a dozen experiments around the world.

“It’s important to look in as many materials as possible to try to understand whether dark matter interacts in this more complicated way,” says Adam Anderson, a graduate student at MIT who worked on the latest CDMS analysis as part of his thesis. “Some materials might have very weak interactions. If you only picked one, you might miss it.”

Scientists around the world seem to be taking that advice, building different types of detectors and constantly improving their methods.

“Progress is extremely fast,” Anderson says. “The sensitivity of these experiments is increasing by an order of magnitude every few years.”

Physicists on the CDMS experiment have devised a better way to search for a particle that, if it exists, will revolutionize our ideas about dark matter.