Cool-down begins in preparation for the Relativistic Heavy Ion Collider’s next run. 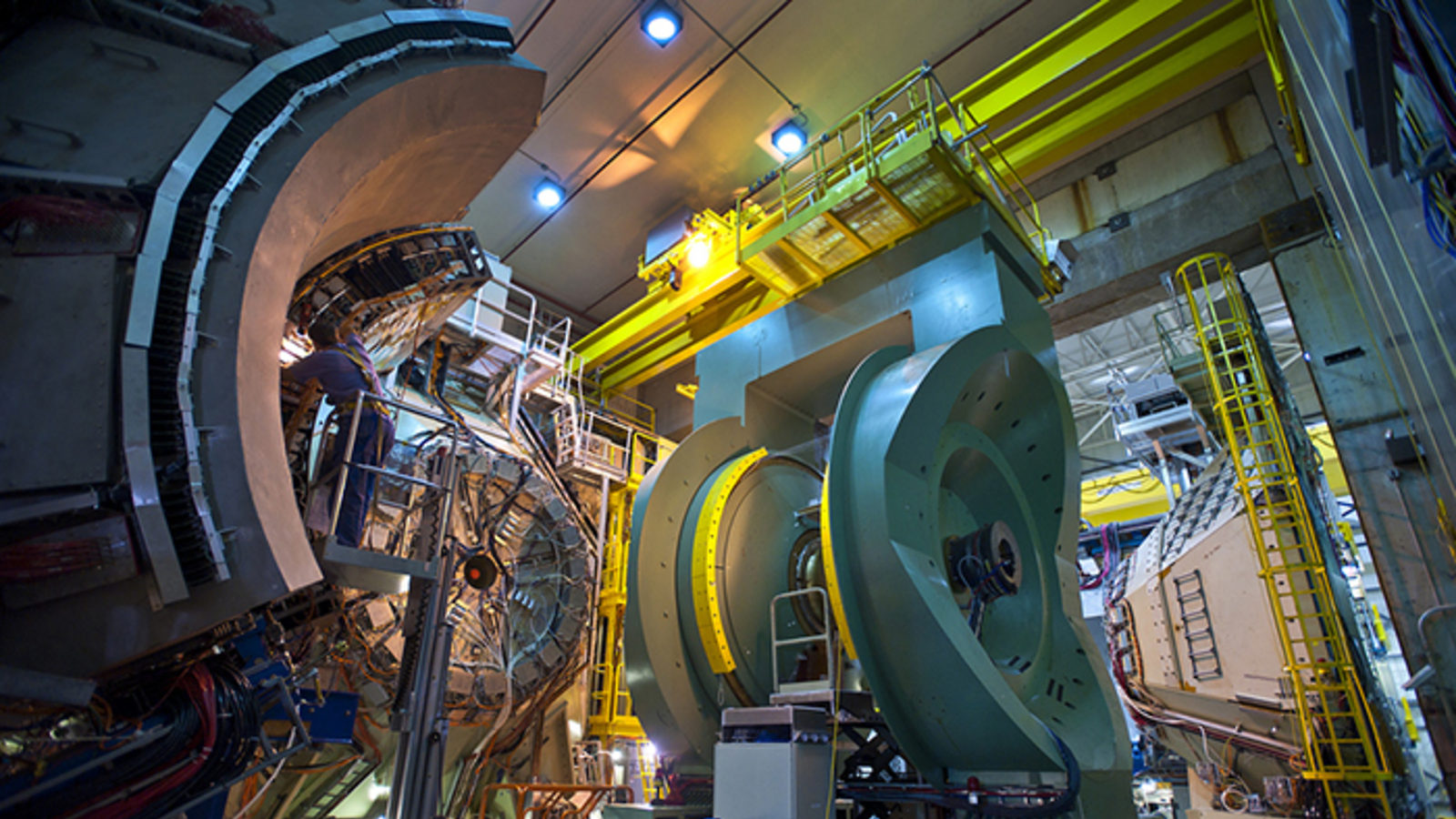 The refrigeration system at the Relativistic Heavy Ion Collider is humming to life today, beginning the cool-down of magnets in the 2.4-mile-circumference accelerator ring at Brookhaven National Laboratory. Scientists at RHIC are preparing for the accelerator’s 13th run, in which they will try to solve the puzzle of the proton’s “missing” spin.

The early thought that protons get their spin from their three constituent quarks was proven overly simplistic many years ago when fixed-target experiments revealed that these building blocks account for only about 30 percent of total spin. Scientists have been looking for the missing source of proton spin ever since.

“Protons’ quarks, antiquarks, gluons and other pieces all contribute fractions of the proton’s spin,” says Jamie Dunlop, a deputy spokesperson for the STAR collaboration, one of the two experiments at RHIC. “If you add everything up, including the motion of the quarks, antiquarks and gluons, they have to add up to the whole of the proton’s spin. But we don’t know what fraction is in the spin of the antiquarks and gluons, and in the internal motion of all these particles inside the proton." 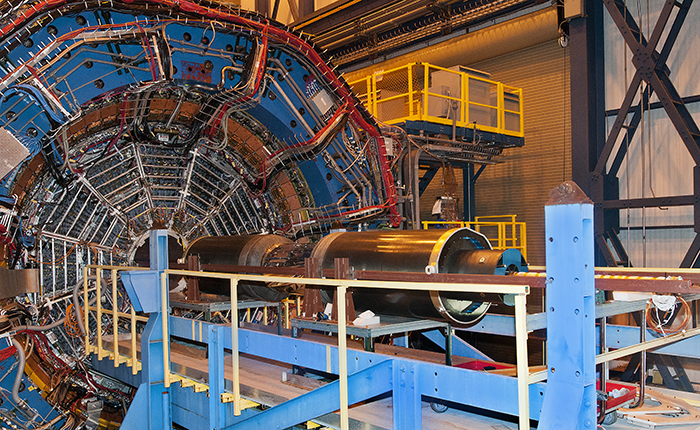 New detector components recently inserted into the heart of the STAR detector (above) will reveal subtle details of conditions created in particle collisions. Meanwhile, the PHENIX experiment (pictured at top of page) will study how up and down quarks contribute to the spin of the proton.

RHIC’s polarized proton collisions were the first to probe the gluons’ role.

“Recent data from RHIC show for the first time that gluons carry some of the proton’s spin; we now want to find out whether the same is true for antiquarks,” says Berndt Mueller, who was recently named the Associate Laboratory Director for Nuclear and Particle Physics. “RHIC has the unique capability for doing this.”

Run 13 is scheduled to continue for 15 weeks, with funding provided by a continuing resolution set to expire in March. More time may be added, depending on how the next federal budget is resolved.

A recent Nuclear Science Advisory Committee report noted that it would be difficult to continue funding all three major US nuclear science facilities under basically flat budget scenarios, and recommended a modest-growth budget to avoid potentially dire consequences for the field as a whole and RHIC in particular. Asked about the report, Mueller says, "We are not letting ourselves get distracted from focusing on run 13. We have important scientific objectives to reach in this run, and we intend to achieve them safely and as planned."

RHIC is the only particle collider operating in the United States, and the only collider in the world where scientists can collide polarized protons—bunches of 100 billion protons all spinning like gyroscopes with their axes aligned in a particular direction. Collisions between two beams of these polarized protons are key to the quest to understand the subatomic components that make up the proton—quarks and gluons—and how those pieces contribute to the proton’s overall spin. RHIC operators will spend most of run 13 colliding these polarized protons at 255 billion electronvolts for proton spin research.

Budgets permitting, the operators will also spend a few weeks at the end of the run colliding gold ions at energies of about 15 billion electronvolts. These relatively low-energy heavy ion collisions will provide a set of data that should be useful in learning more about how ordinary matter changes to quark-gluon plasma—a phase change that may be similar to how water changes from a liquid to ice or steam under certain conditions.

A version of this article appeared today in the Brookhaven Newsroom.