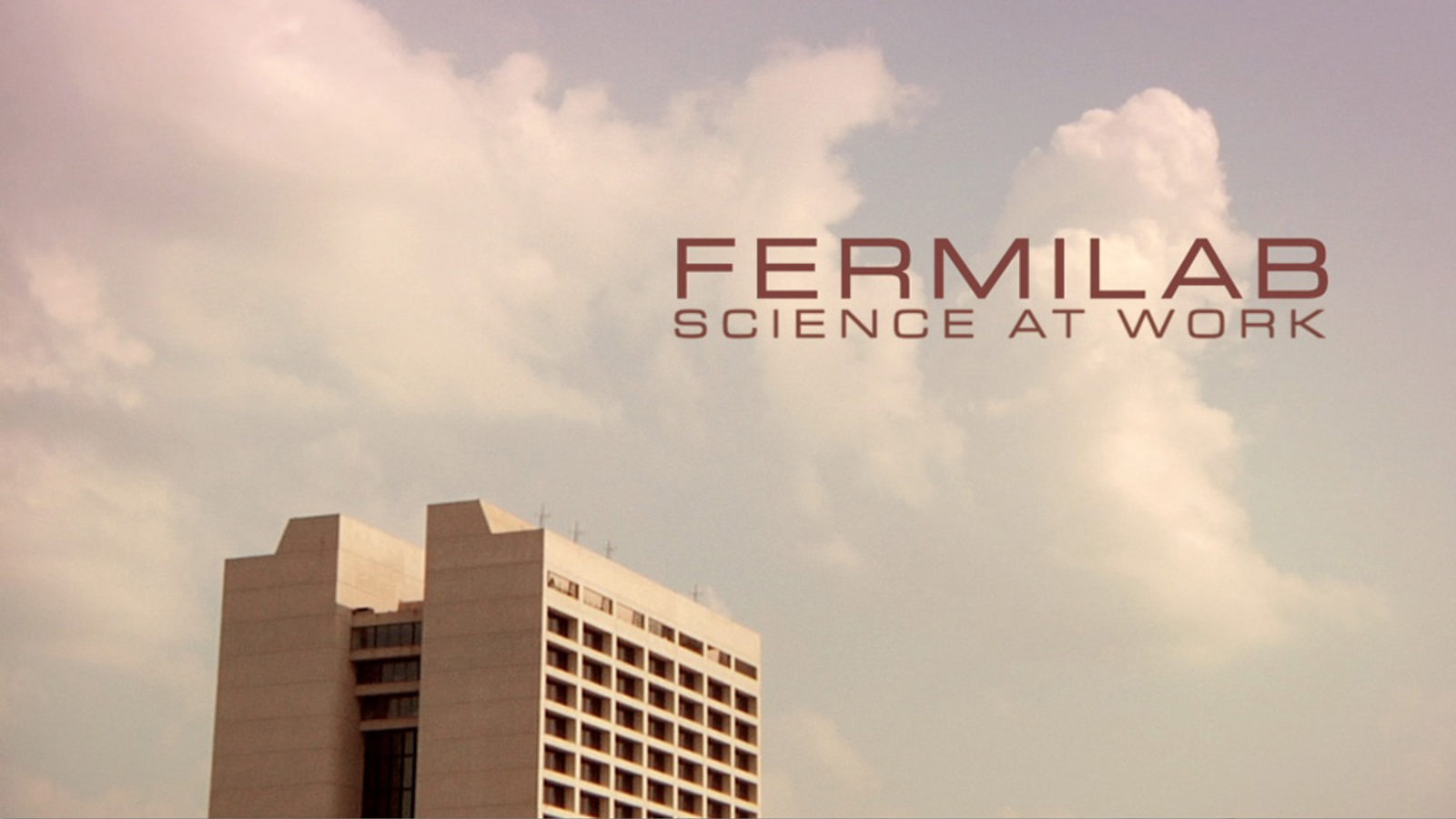 When Clayton Brown and Monica Long Ross were commissioned to direct a new documentary about Fermilab, they had a couple of questions. The most important one, Ross says, was this: Should the movie be a standard informational video, or should it tell a story about the lab and its people?

Focus on the people and tell the story, said Judy Jackson, former head of the Office of Communication. And that's when Brown and Ross started getting excited about the idea.

The resulting film, shot over two years in and around the laboratory, is called "Fermilab: Science at Work." Over its 40 minutes, it follows 10 of the laboratory's scientists, giving viewers an inside look at their work (and sometimes, home) lives. But that's not to say that the film skimps on the science. It features the installation of part of the MINERvA detector, the construction of the Dark Energy Camera and an animated look at the configuration of Fermilab's accelerator complex.

Above all, the film puts forth a passionate argument in favor of what Brown calls "curiosity-driven science." Finding the necessary funding for basic research is difficult, Brown says, but there's immense value there. As artists, he says, he and Ross could relate.

Brown and Ross are no strangers to the ongoing conversation about fundamental research. As partners in the Chicago-based 137 Films, they previously co-directed "The Atom Smashers," a 2008 PBS film documenting Fermilab's efforts to find the Higgs boson. They worked for four years on that film, shooting extensively at Fermilab, so they were already familiar with the lab when it came time to roll cameras on this new documentary.

"We did feel like Fermilab was home to us," Ross says. "We came in as insiders. We knew Fermilab, we understood it."

In selecting subjects for the film, Brown and Ross say they were looking for a mix of women and men of different ages, backgrounds and interests. It was not an easy task, but the 10 they chose—Brendan Casey, Mary Convery, Brenna Flaugher, Bonnie Fleming, Deborah Harris, Craig Hogan, Denton Morris, David Schmitz, Aron Soha and Herman White—all proved compelling, Ross says.

Shooting began in the summer of 2010. Brown and Ross made several appointments with each of the scientists, following them as they worked on experiments and observing some of them at home. The film opens at Casey's house as he and his family get ready to start their day, and Brown recalls with a laugh that Casey had neglected to tell his wife that the camera crew would be there that day.

"His wife came down the stairs in her pajamas and gave him an icy glare," Brown chuckles. "She was a good sport about it."

Since their earlier effort "The Atom Smashers" focused on the high-energy physics of the Tevatron, they were less familiar with the Intensity Frontier and Cosmic Frontier experiments they explored for "Science at Work," Brown and Ross say. The film features the lab's slate of neutrino experiments as well as the Dark Energy Camera.

The filmmakers also got the chance to shoot in the Large Hadron Collider Remote Operations Center for the first time and to observe the real-time video link between Fermilab and CERN in Switzerland.

Some of the most striking sections of the film don't feature people at all—they're animations by Seattle-based artist Luke Haddock, illuminating scientific concepts in visual ways. In one section, cartoon drawings of ice cream trucks are used to explain neutrino oscillations. In another, a scale model of the Fermilab site becomes an animated diagram of the new accelerator complex.

Filming wrapped in the first half of 2012, and after six months of editing, the movie was complete. Ross says she enjoyed shooting at a place with such strong aesthetics, noting founding director Robert Wilson's combined interests in science and art. Fermilab, she says, "is a special place."

And Brown says the people of Fermilab made the shoot a special one.

"We never met a person who wasn't thrilled to be there at all times," Brown says. "There is no one who just shows up and clocks in. Everyone's excited to be there." 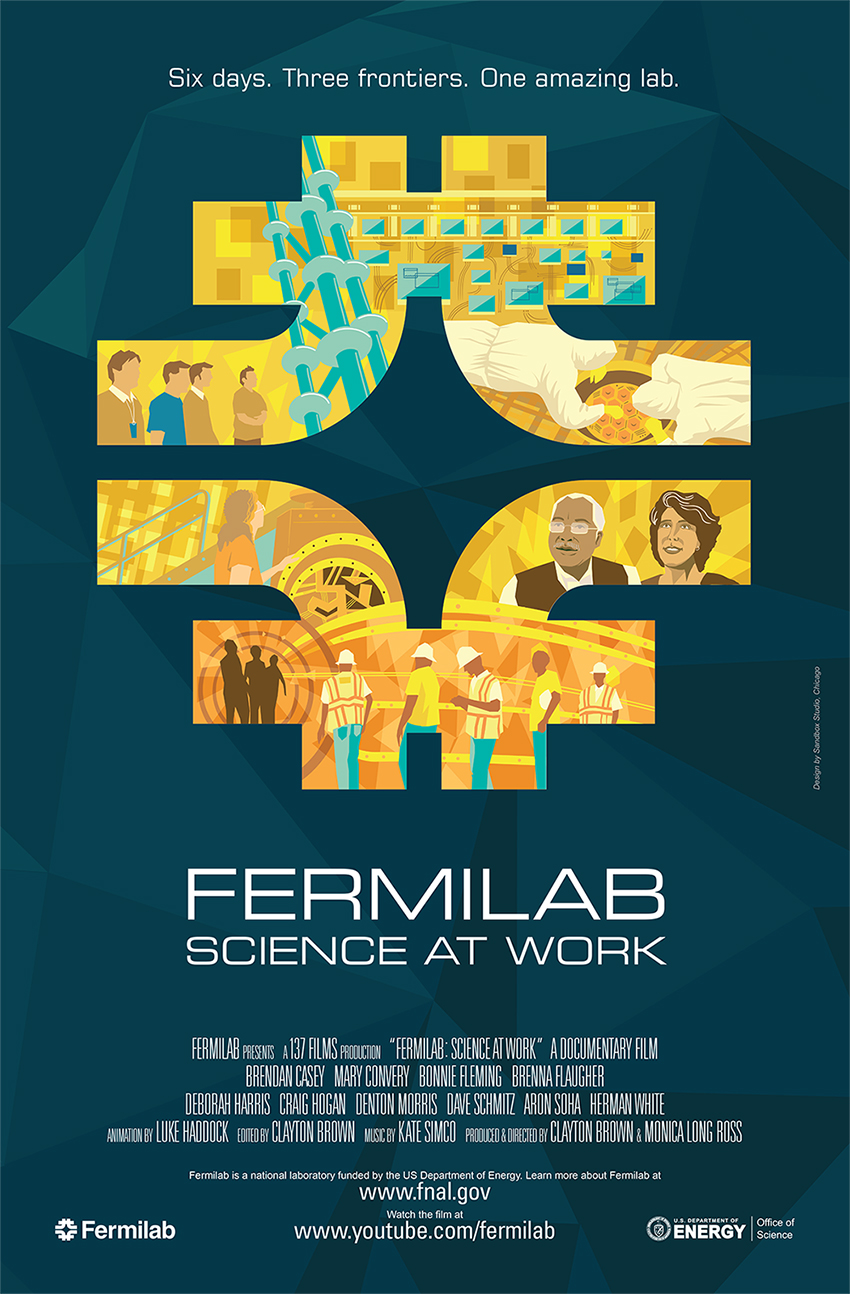