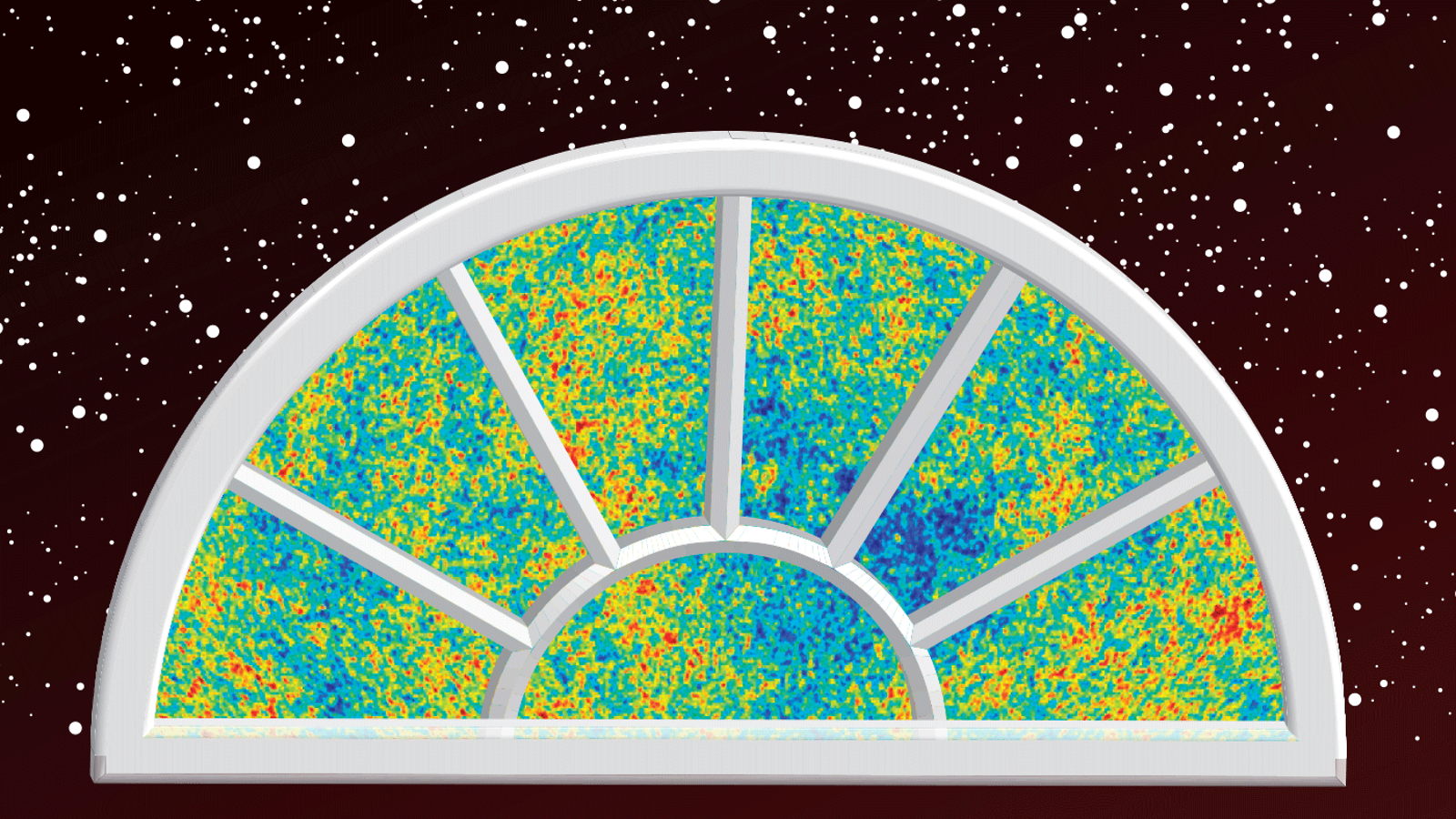 Cosmic microwave background is the oldest light in the universe. It was set free when the universe was a mere 380,000 years old and provides a window to the early universe.

The big bang created a universe filled with an opaque gas of charged particles. The light within this gas was trapped, as it could travel only short distances before bouncing off a charged particle. About 380,000 years after the big bang, the gas had cooled and become transparent as charged particles combined to form neutral atoms. Light from any point within the gas could now travel freely in all directions, carrying with it information about the young universe.

From any point within this huge gas bubble, some light headed in Earths direction. That is the cosmic microwave background that we observe. It last interacted with matter 13.7 billion years ago. Most of this light is currently in the microwave part of the spectrum, with a longer wavelength than visible or infrared light.

Using antennae, scientists first identified the cosmic microwave background in the 1960s. Since then physicists have built more and more sophisticated instruments to capture increasingly better images of the 380,000-year-old universe. The latest instruments, including the Planck satellite and the South Pole Telescope, are capturing tiny fluctuations in the light with unprecedented precision. In combination with galaxy surveys, these observations help illuminate the formation of galaxies and larger-scale structures in the universe.