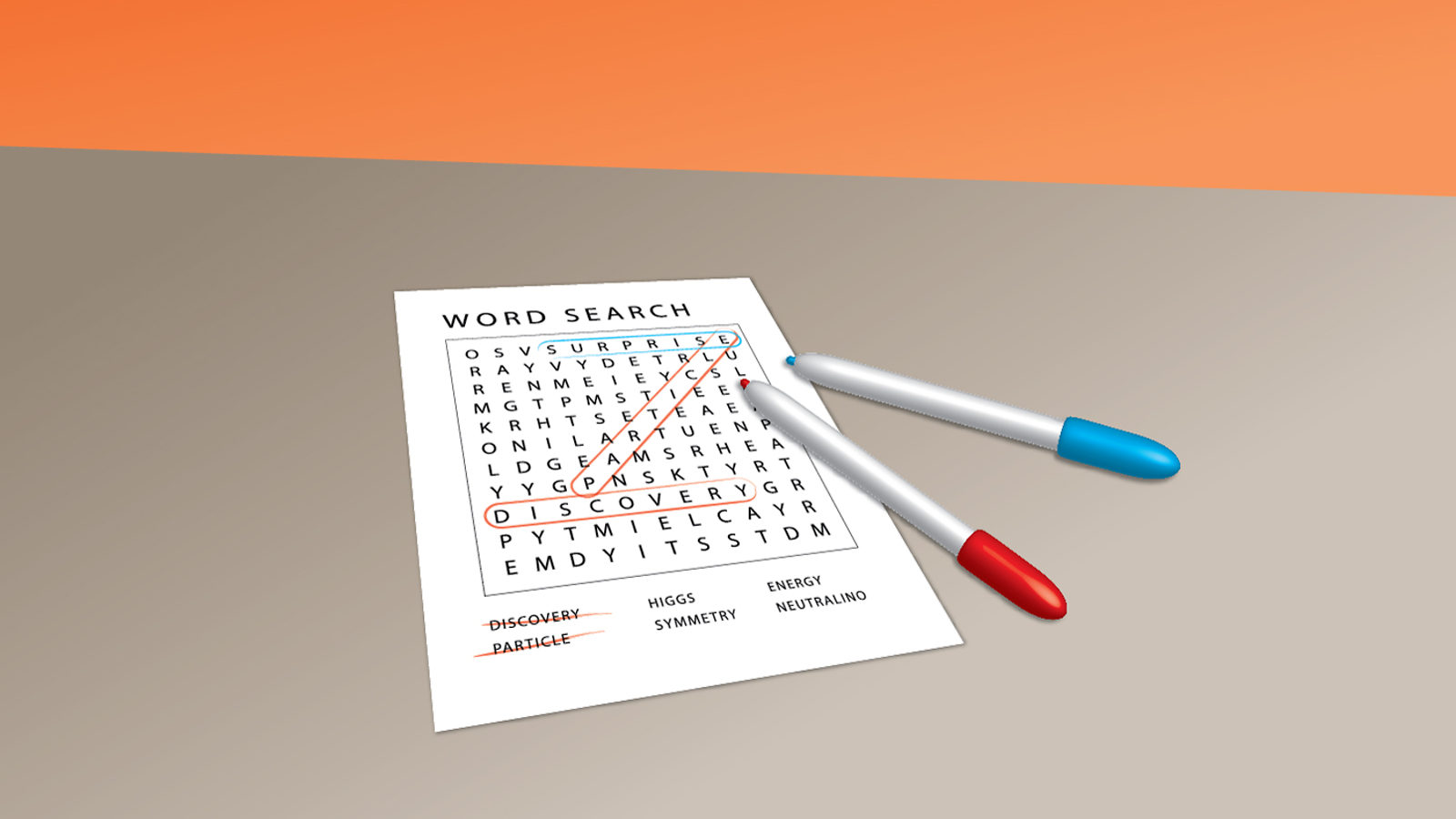 Discovery is the process of uncovering something new.

Discovery is the process of uncovering something new. It can be a surprise, like learning that you enjoy an exotic food, or the result of determined effort, like finding a shorter route to work.

Physicists have high standards for what observation or result constitutes a scientific discovery. It must be reproducible by other scientists and experiments, to ensure that it did not arise from a miscalibration of the experimental apparatus or an incorrect interpretation of the data. Scientists must also eliminate the possibility that the result is just a statistical fluctuation in the data.

The signals of discovery that particle physicists are searching for, such as those of dark matter particles and the Higgs boson, could easily be mimicked by miscalibrations or statistical fluctuations of known particles. Physicists claim evidence for a new particle only if the probability for such fluctuations is less than 1 in 740, a level known among scientists as three sigmas. And they claim discovery only if that probability is less than 1 in 3.5 million, or five sigmas.

Acts of discovery drive the evolution of physics. They often require new theories to explain them; those theories, in turn, often predict future discoveries. This process advances science and shapes our understanding of the universe.