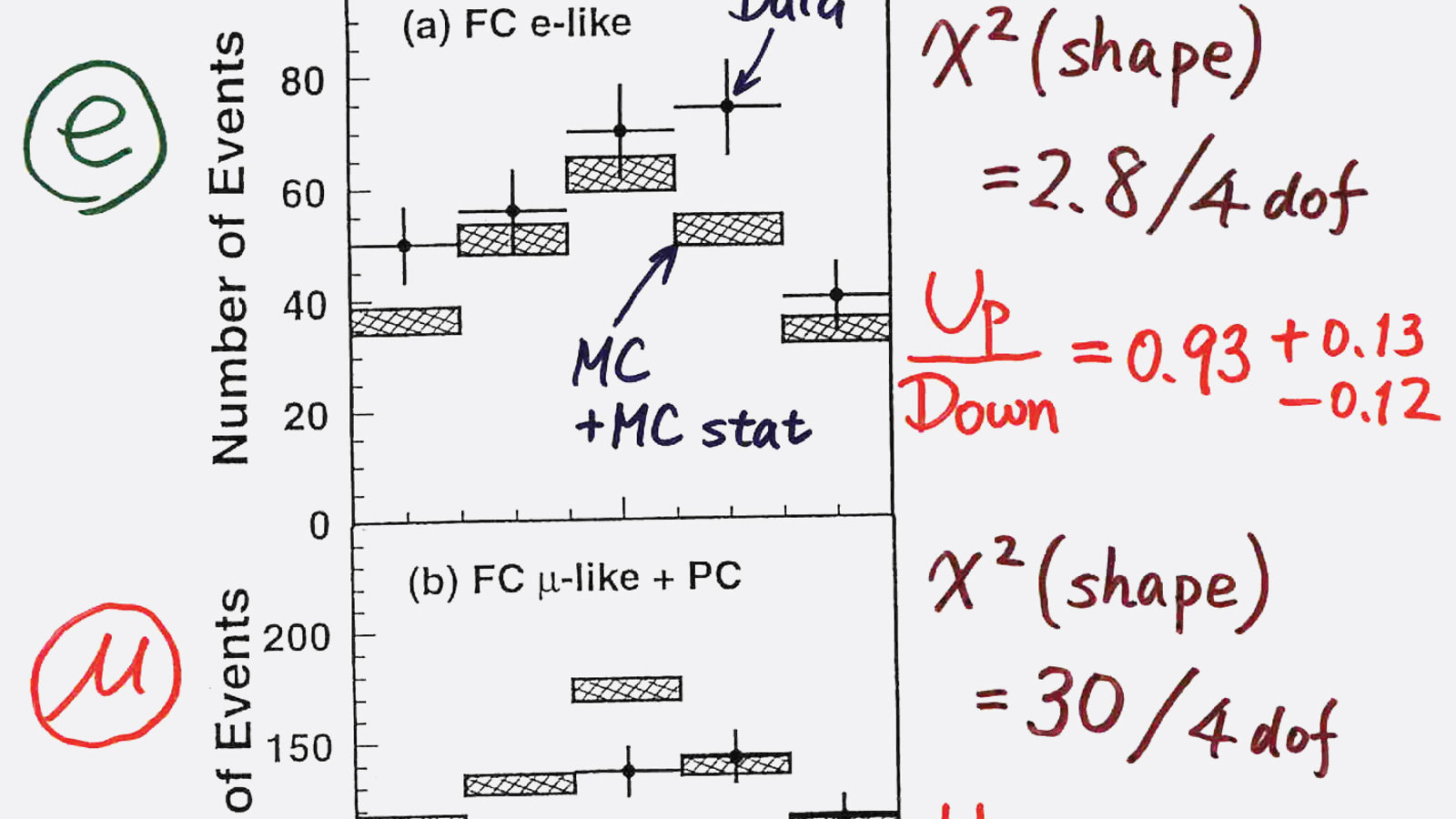 In June 1998, Takaaki Kajita of the University of Tokyo presented strong evidence that neutrinos behave differently than predicted by the Standard Model of particles: The three known types of neutrinos apparently transform into each other, a phenomenon known as oscillation.

In June 1998 the Super-Kamiokande collaboration revealed its eagerly anticipated results on neutrino interactions to 400 physicists at the Neutrino 98 conference in Takayama, Japan. A hearty round of applause marked the end of a memorable presentation by Takaaki Kajita of the University of Tokyo that included this slide. He presented strong evidence that neutrinos behave differently than predicted by the Standard Model of particles: The three known types of neutrinos apparently transform into each other, a phenomenon known as oscillation.

Super-Ks detector, located 1000 meters underground, had collected data on neutrinos produced by a steady stream of cosmic rays hitting the Earths atmosphere. The data allowed scientists to distinguish between two types of atmospheric neutrinos: those that produce an electron when interacting with matter (e-like), and those that produce a muon (μ-like). The graph in this slide shows the direction the neutrinos came from (represented by cos theta, on the x-axis); the number of neutrinos observed (points marked with crosses); and the number expected according to the Standard Model (shaded boxes).

In the case of the μ-like neutrinos, the number coming straight down from the sky into the detector agreed well with theoretical prediction. But the number coming up through the ground was much lower than anticipated. These neutrinos, which originated in the atmosphere on the opposite side of the globe, travelled 13,000 kilometers through the Earth before reaching the detector. The long journey gave a significant fraction of them enough time to disappearshedding their μ-like appearance by oscillating into a different type of neutrino. While earlier experiments had pointed to the possibility of neutrino oscillations, the disappearance of μ-like neutrinos in the Super-K experiment provided solid evidence. 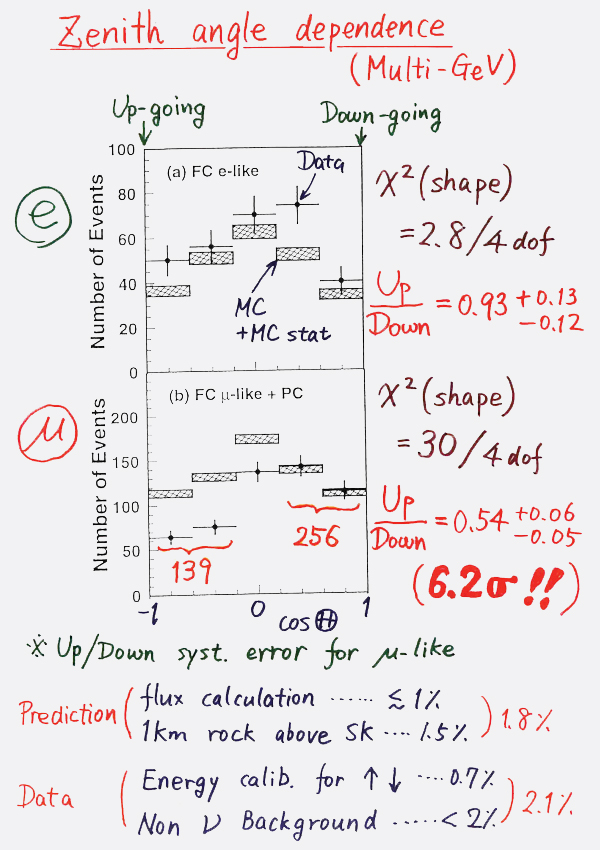 Takaaki Kajita
Follow
Use your browser’s print dialog box to create a pdf.
Popular on symmetry