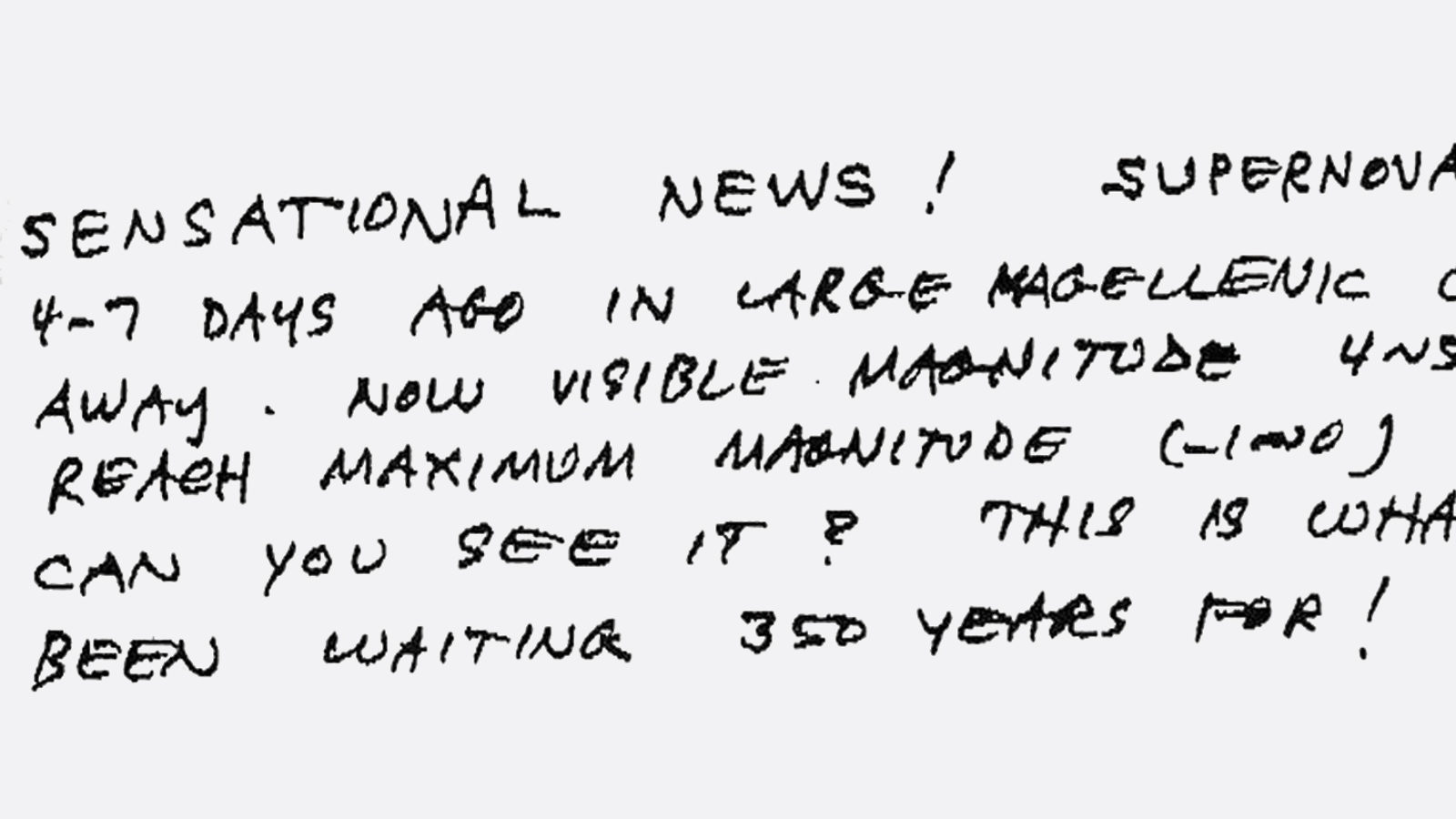 Upon arriving for work at the laboratory of Masatoshi Koshiba at the University of Tokyo, Yoji Totsuka handed me a fax telling of a supernova in the Large Magellanic Cloud, picked up by optical telescopes. After the fax arrived, the lab also received calls from Katsuhiko Sato of the University of Tokyo and from the National Astronomical Observatory of Japan with similar information.

The Kamiokande II neutrino experiment near Kamioka, Japan, was sensitive to a burst coming from a supernova. The notations on the fax were written by Totsuka as he learned the characteristics of the supernova precursor and the status of the Kamiokande II experiment and what data it had collected in previous days. Due to limits on how much data could be recorded on old-style magnetic tape, weekend running on February 22 and 23 fully captured only low-energy data. The timing of events was calibrated using a precisely recorded power failure that occurred on February 26.

When the data arrived in Tokyo, Masayuki Nakahata and Keiko Hirata made hundreds of pages of line printer output and found that Kamiokande II recorded signs of 11 neutrinos on February 23, about three hours before telescopes saw the first visible light emitted by this supernova, named Supernova 1987A. Koshiba shared half of the 2002 Nobel Prize in Physics with Raymond Davis, Jr. for their detection of cosmic neutrinos. 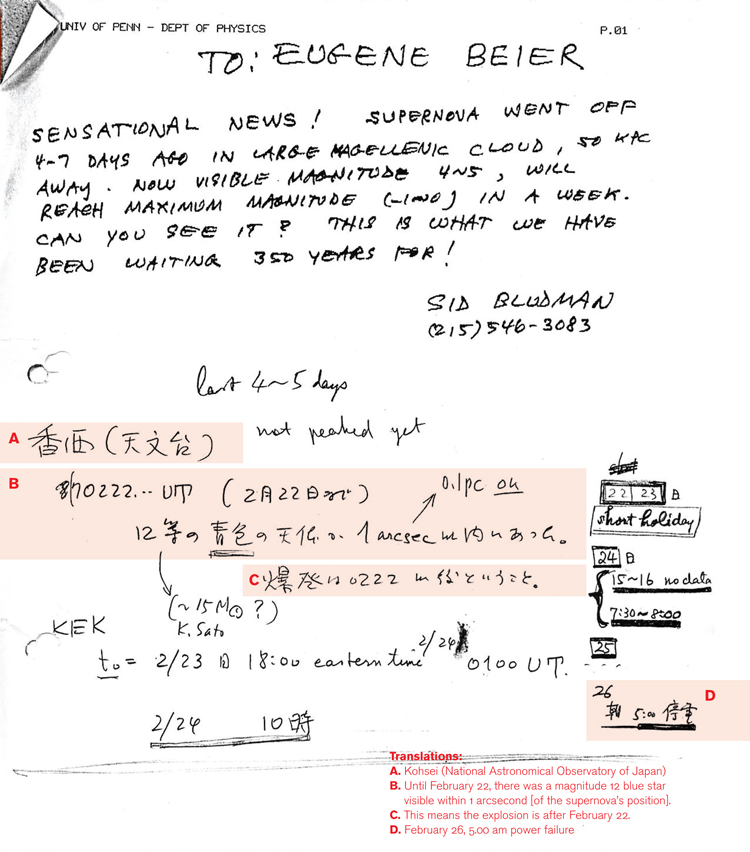 Eugene W. Beier, University of Pennsylvania
Follow
Use your browser’s print dialog box to create a pdf.
Popular on symmetry