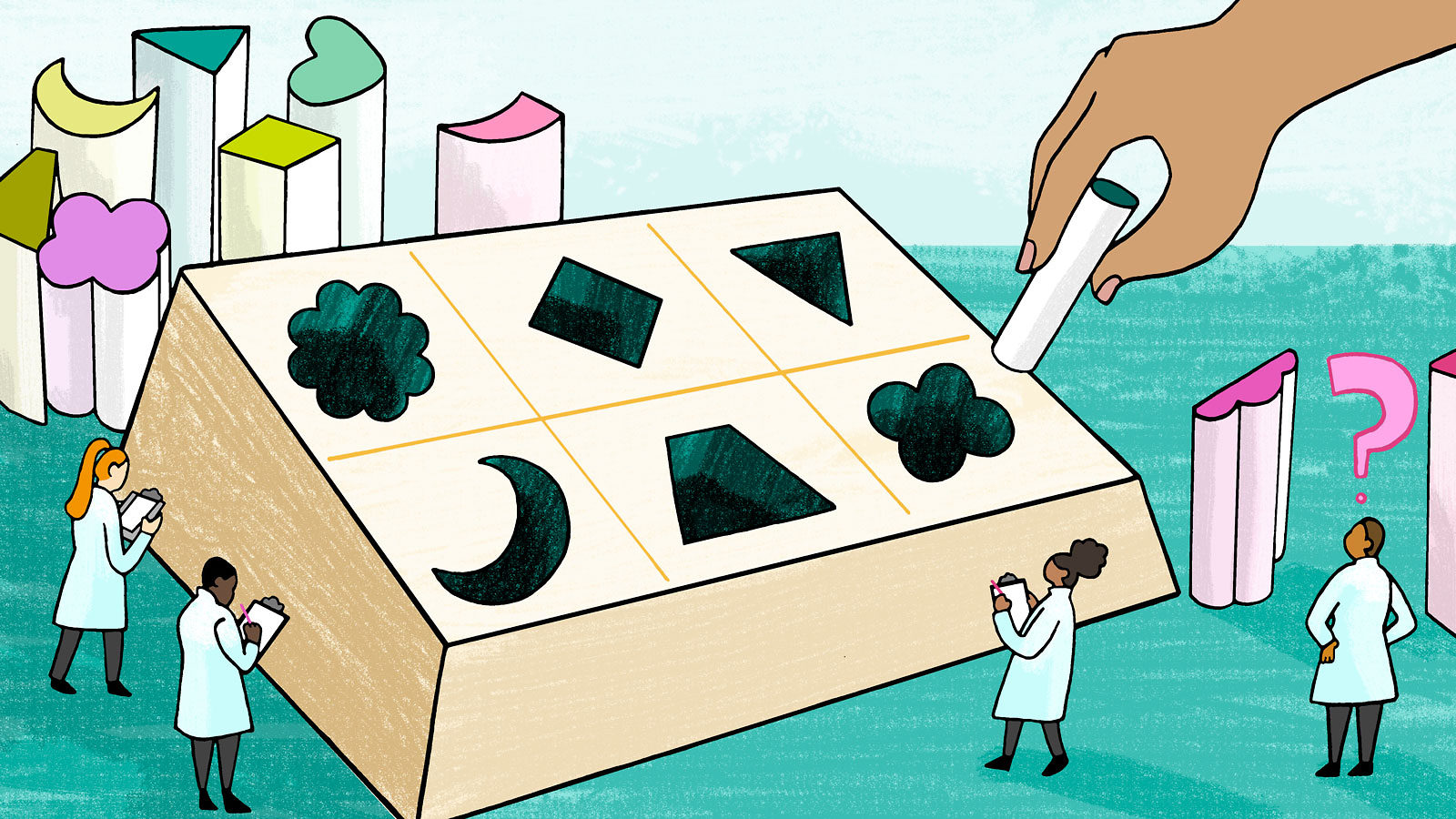 Can a theory that isn’t completely testable still be useful to physics?

The answer is relatively straightforward in many cases: Despite conspiracy theories to the contrary, the Earth is not flat. Literally all evidence is in favor of a round and rotating Earth, so statements based on a flat-Earth hypothesis are not scientific.

In other cases, though, people actively debate where and how the demarcation line should be drawn. One such criterion was proposed by philosopher of science Karl Popper (1902-1994), who argued that scientific ideas must be subject to “falsification.”

Popper wrote in his classic book The Logic of Scientific Discovery that a theory that cannot be proven false—that is, a theory flexible enough to encompass every possible experimental outcome—is scientifically useless. He wrote that a scientific idea must contain the key to its own downfall: It must make predictions that can be tested and, if those predictions are proven false, the theory must be jettisoned.

When writing this, Popper was less concerned with physics than he was with theories like Freudian psychology and Stalinist history. These, he argued, were not falsifiable because they were vague or flexible enough to incorporate all the available evidence and therefore immune to testing.

But where does this falsifiability requirement leave certain areas of theoretical physics? String theory, for example, involves physics on extremely small length scales unreachable by any foreseeable experiment. Cosmic inflation, a theory that explains much about the properties of the observable universe, may itself be untestable through direct observations. Some critics believe these theories are unfalsifiable and, for that reason, are of dubious scientific value.

At the same time, many physicists align with philosophers of science who identified flaws in Popper’s model, saying falsification is most useful in identifying blatant pseudoscience (the flat-Earth hypothesis, again) but relatively unimportant for judging theories growing out of established paradigms in science.

“I think we should be worried about being arrogant,” says Chanda Prescod-Weinstein of the University of New Hampshire. “Falsifiability is important, but so is remembering that nature does what it wants.”

Prescod-Weinstein is both a particle cosmologist and researcher in science, technology, and society studies, interested in analyzing the priorities scientists have as a group. “Any particular generation deciding that they’ve worked out all that can be worked out seems like the height of arrogance to me,” she says.

Tracy Slatyer of MIT agrees, and argues that stringently worrying about falsification can prevent new ideas from germinating, stifling creativity. “In theoretical physics, the vast majority of all the ideas you ever work on are going to be wrong,” she says. “They may be interesting ideas, they may be beautiful ideas, they may be gorgeous structures that are simply not realized in our universe.”

SUSY could potentially resolve some major mysteries in modern physics. For one, all of those supersymmetric particles could be the reason the mass of the Higgs boson is smaller than quantum mechanics says it should be.

“Quantum mechanics says that [the Higgs boson] mass should blow up to the largest mass scale possible,” says Howard Baer of the University of Oklahoma. That’s because masses in quantum theory are the result of contributions from many different particles involved in interactions—and the Higgs field, which gives other particles mass, racks up a lot of these interactions. But the Higgs mass isn’t huge, which requires an explanation.

“Something else would have to be tuned to a huge negative [value] in order to cancel [the huge positive value of those interactions] and give you the observed value,” Baer says. That level of coincidence, known as a “fine-tuning problem,” makes physicists itchy. “It's like trying to play the lottery. It's possible you might win, but really you're almost certain to lose.”

If SUSY particles turn up in a certain mass range, their contributions to the Higgs mass “naturally” solve this problem, which has been an argument in favor of the theory of supersymmetry. So far, the Large Hadron Collider has not turned up any SUSY particles in the range of “naturalness.”

However, the broad framework of supersymmetry can accommodate even more massive SUSY particles, which may or may not be detectable using the LHC. In fact, if naturalness is abandoned, SUSY doesn’t provide an obvious mass scale at all, meaning SUSY particles might be out of range for discovery with any earthly particle collider. That point has made some critics queasy: If there's no obvious mass scale at which colliders can hunt for SUSY, is the theory falsifiable?

A related problem confronts dark matter researchers: Despite strong indirect evidence for a large amount of mass invisible to all forms of light, particle experiments have yet to find any dark matter particles. It could be that dark matter particles are just impossible to directly detect. A small but vocal group of researchers has argued that we need to consider alternative theories of gravity instead.

Slatyer, whose research involves looking for dark matter, considers the criticism partly as a problem of language. “When you say ‘dark matter,’ [you need] to distinguish dark matter from specific scenarios for what dark matter could be,” she says. “The community has not always done that well.”

In other words, specific models for dark matter can stand or fall, but the dark matter paradigm as a whole has withstood all tests so far. But as Slatyer points out, no alternative theory of gravity can explain all the phenomena that a simple dark matter model can, from the behavior of galaxies to the structure of the cosmic microwave background.

Prescod-Weinstein argues that we're a long way from ruling out all dark matter possibilities. "How will we prove that the dark matter, if it exists, definitively doesn’t interact with the Standard Model?" she says. "Astrophysics is always a bit of a detective game. Without laboratory [detection of] dark matter, it’s hard to make definitive statements about its properties. But we can construct likely narratives based on what we know about its behavior."

Similarly, Baer thinks that we haven’t exhausted all the SUSY possibilities yet. “People say, ‘you've been promising supersymmetry for 20 or 30 years,’ but it was based on overly optimistic naturalness calculations,” he says. “I think if one evaluates the naturalness properly, then you find that supersymmetry is still even now very natural. But you're going to need either an energy upgrade of LHC or an ILC [International Linear Collider] in order to discover it.”

Beyond falsifiability of dark matter or SUSY, physicists are motivated by more mundane concerns. “Even if these individual scenarios are in principle falsifiable, how much money would [it] take and how much time would it take?” Slatyer says. In other words, rather than try to demonstrate or rule out SUSY as a whole, physicists focus on particle experiments that can be performed within a certain number of budgetary cycles. It's not romantic, but it's true nevertheless. 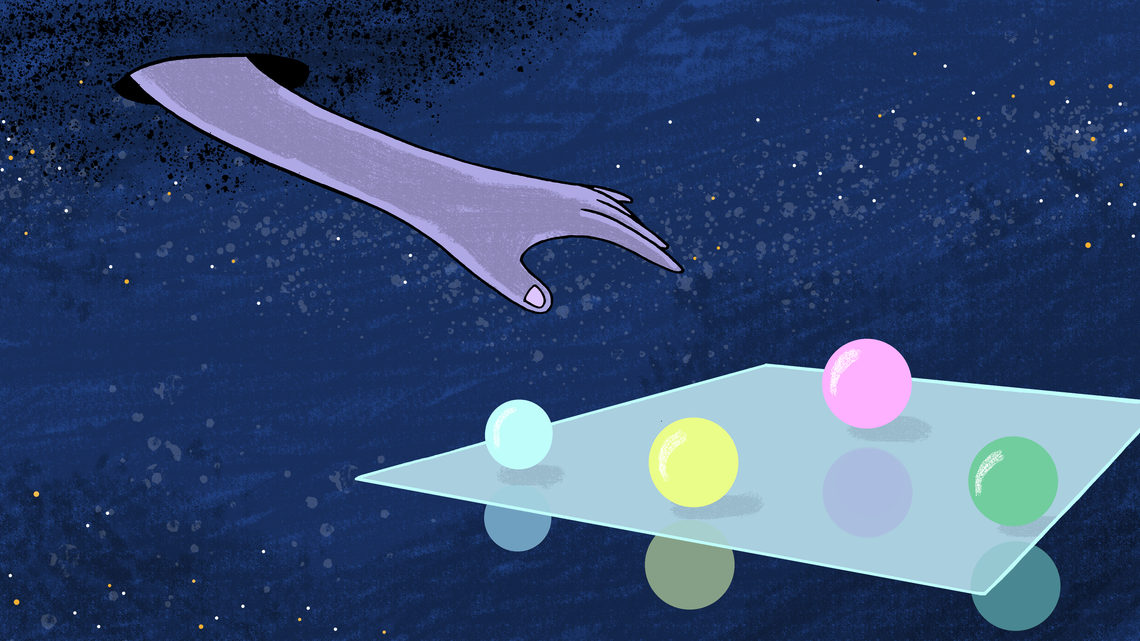 Is it science? Who decides?

Historically, sometimes theories that seem untestable turn out to just need more time. For example, 19th century physicist Ludwig Boltzmann and colleagues showed they could explain many results in thermal physics and chemistry if everything were made up of "atoms"—what we call particles, atoms, and molecules today—governed by Newtonian physics.

Since atoms were out of reach of experiments of the day, prominent philosophers of science argued that the atomic hypothesis was untestable in principle, and therefore unscientific.

However, the atomists eventually won the day: J. J. Thompson demonstrated the existence of electrons, while Albert Einstein showed that water molecules could make grains of pollen dance on a pond’s surface.

Atoms provide a case study for how falsifiability proved to be the wrong criterion. Many other cases are trickier.

For instance, Einstein’s theory of general relativity is one of the best-tested theories in all of science. At the same time, it allows for physically unrealistic “universes,” such as a "rotating" cosmos where movement back and forth in time is possible, which are contradicted by all observations of the reality we inhabit.

General relativity also makes predictions about things that are untestable by definition, like how particles move inside the event horizon of a black hole: No information about these trajectories can be determined by experiment.

Yet no knowledgeable physicist or philosopher of science would argue that general relativity is unscientific. The success of the theory is due to enough of its predictions being testable.

Another type of theory may be mostly untestable, but have important consequences. One such theory is cosmic inflation, which (among other things) explains why we don’t see isolated magnetic monopoles and why the universe is a nearly uniform temperature everywhere we look.

The key property of inflation—the extremely rapid expansion of spacetime during a tiny split second after the Big Bang—cannot be tested directly. Cosmologists look for indirect evidence for inflation, but in the end it may be difficult or impossible to distinguish between different inflationary models, simply because scientists can’t get the data. Does that mean it isn’t scientific?

“A lot of people have personal feelings about inflation and the aesthetics of physical theories,” Prescod-Weinstein says. She’s willing to entertain alternative ideas which have testable consequences, but inflation works well enough for now to keep it around. “It’s also the case that the majority of the cosmology community continues to take inflation seriously as a model, so I have to shrug a little when someone says it’s not science.”

On that note, Caltech cosmologist Sean M. Carroll argues that many very useful theories have both falsifiable and unfalsifiable predictions. Some aspects may be testable in principle, but not by any experiment or observation we can perform with existing technology. Many particle physics models fall into that category, but that doesn’t stop physicists from finding them useful. SUSY as a concept may not be falsifiable, but many specific models within the broad framework certainly are. All the evidence we have for the existence of dark matter is indirect, which won't go away even if laboratory experiments never find dark matter particles. Physicists accept the concept of dark matter because it works.

Prescod-Weinstein agrees, and argues for keeping an open mind. “There’s a lot we don’t know about the universe, including what’s knowable about it. We are a curious species, and I think we should remain curious.”