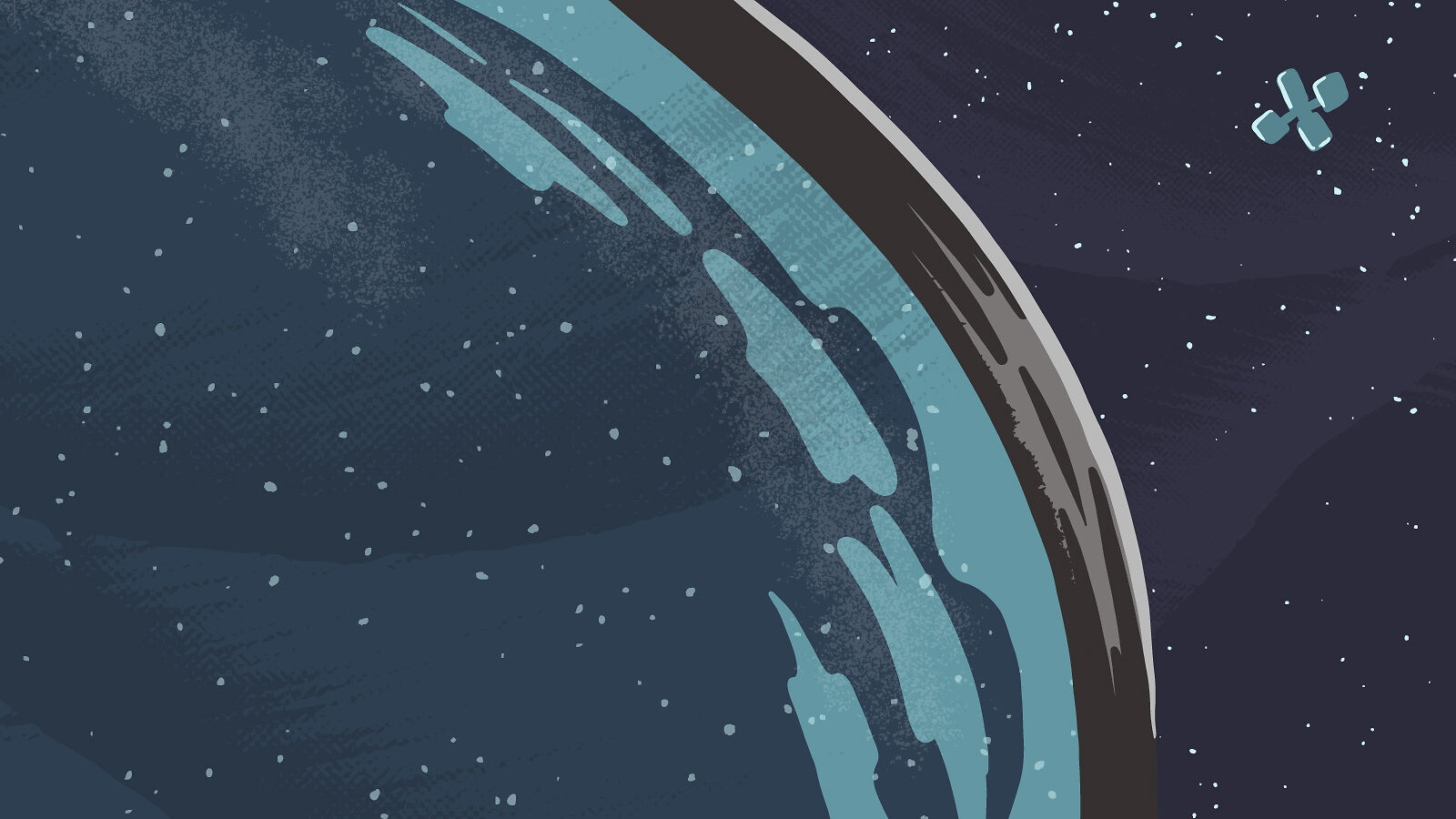 On a mountaintop in the Atacama Desert of Chile, a gargantuan new eye on the cosmos is taking shape.

When completed in the late 2020s, the aptly named Extremely Large Telescope will be the largest optical telescope on the planet. With a nearly 40-meter-wide mirror—roughly four times as wide as the current record holder—it will search for Earth-like planets, seek out the first generation of galaxies and produce images up to 16 times sharper than the Hubble Space Telescope (depending on the wavelength).

Meanwhile, NASA is preparing to launch what it dubs Hubble’s successor: the James Webb Space Telescope. It won’t be as big as the ELT; its 6.5-meter-wide mirror is middling compared to ground-based telescopes. But from its stable perch beyond Earth’s atmosphere, JWST’s infrared eyes will glimpse light from the first stars, peek into the atmospheres of worlds beyond the solar system and lift the veil on dust-enshrouded stellar nurseries.

Telescopes in space. Telescopes on the ground. Each have their place in the exploration of the cosmos. But over the four centuries that have elapsed since Galileo pointed a handheld spyglass skyward, the telescope’s job has remained the same.

“I would describe it as a photon bucket,” says Elizabeth George, a telescope detector engineer at the European Southern Observatory. 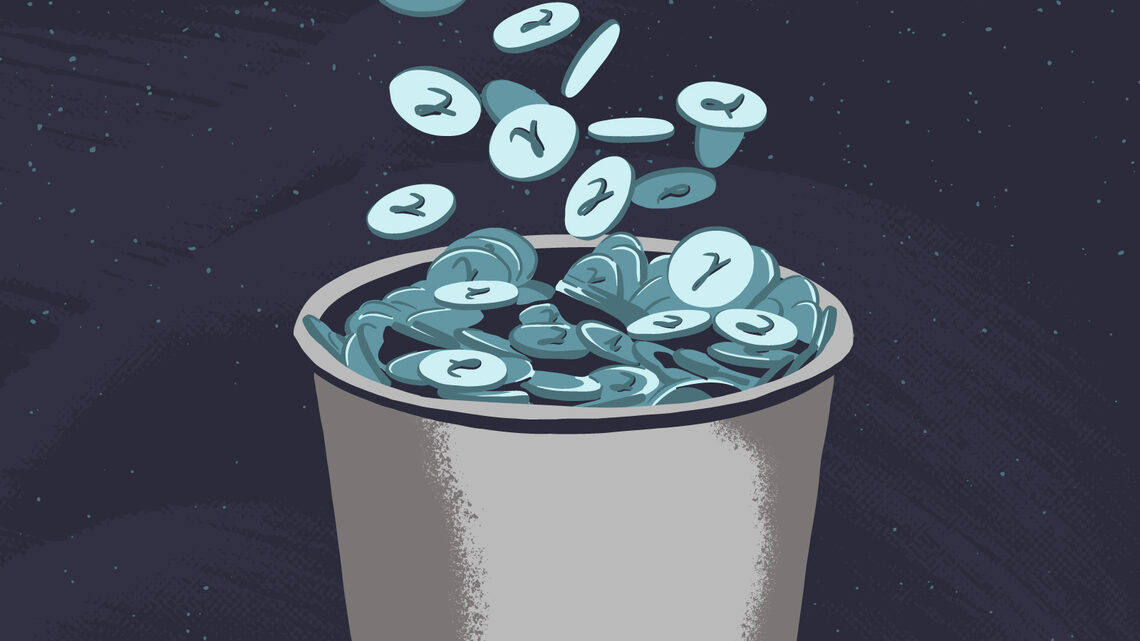 Photons, tiny packets of light, are the main currency in astronomy. Light, in its many guises, is often the only intel we have from far-off locales. A telescope’s job is straightforward: collect more photons than our eyes alone can see.

Generally, that means going big. In the same way that a large bucket collects more rain than a small pail, a telescope with a larger mirror or lens ensnares more photons, allowing astronomers to see fainter things. And for a given wavelength of light, a wide mirror or lens creates a sharper image, letting researchers see those faint things in better detail.

This holds true whether a telescope sits on the ground or lives in space, whether it focuses on visible light or expands beyond our human senses to collect radio waves or X-rays. The choice of whether to erect a telescope on land or lob one into orbit is the result of balancing several factors.

Telescopes on Earth must peer through shifting parcels of air that blur images and make stars twinkle.

Space offers an incredibly stable environment. With minimal temperature swings and no mechanical stress from gravity, the precision of a telescope in space outperforms anything on the ground. “Earth is incredibly noisy, it turns out,” George says.

Earth’s atmosphere also blocks many types of light from reaching the ground. Visible light and radio waves get through fine, but gamma rays, X-rays, most ultraviolet light and some infrared wavelengths don’t make it. Each of these wavelength ranges probe vastly different physical phenomena.

“The electromagnetic spectrum is so diverse …  we need many different types of telescopes in order to really fully understand the whole universe,” says Regina Caputo, an astrophysicist at NASA’s Goddard Space Flight Center. 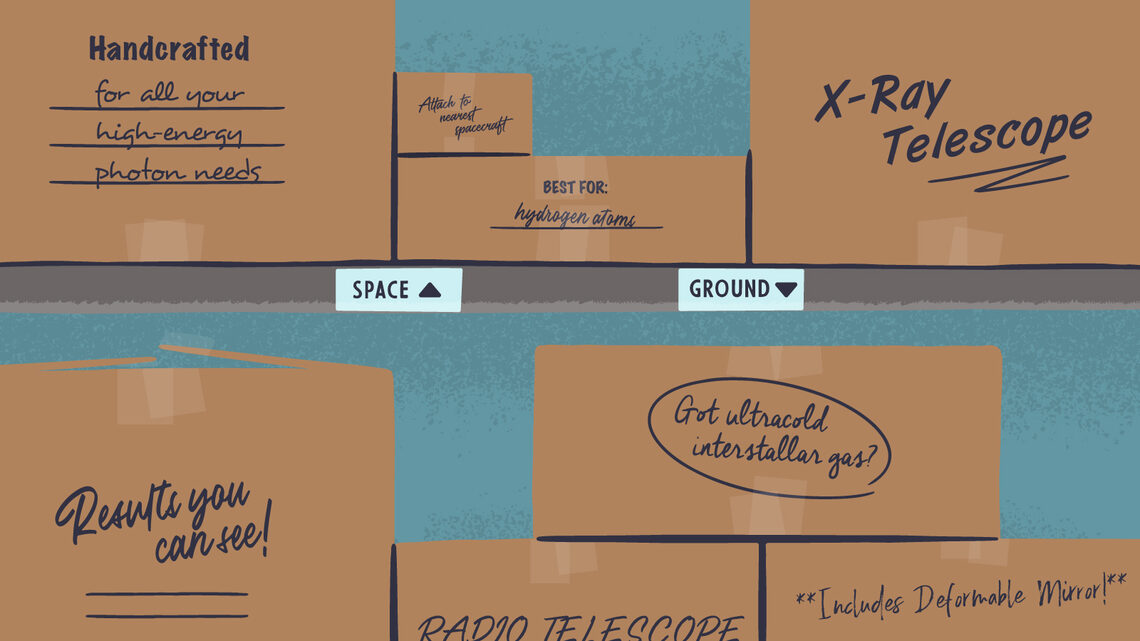 Space comes with caveats. It’s phenomenally expensive to put a telescope in orbit, and most are impossible to repair or update once they’ve escaped the atmosphere. “On the ground, you can make things really big, for cheaper and faster, and you can constantly upgrade,” George says. “The benefit of ground-based is you can try out new things.”

Telescopes on the ground can grow as big as humans dare to build them. While Hubble, the largest optical space telescope, measures 2.4 meters across, the widest optical scope on the ground—the Gran Telescopio Canarias on the Canary Island of La Palma—spans 10.4 meters. Some radio telescopes are bigger still: The largest single telescope of any kind is FAST, the Five-hundred-meter Aperture Spherical radio Telescope, a radio dish in China that spans half a kilometer.

With the flexibility to try new things on the ground, astronomers have gotten clever about boosting image resolution while gazing through a turbulent atmosphere. Many of the largest optical telescopes come equipped with adaptive optics: A deformable mirror—used to correct distortions—and reference points of light in the sky—bright stars or marks created by lasers—help these scopes regain much of the clarity they otherwise would have lost.

Some ground-based observatories achieve resolution that far surpasses that of any one telescope by combining the light of many smaller scopes observing in sync. The ALMA observatory in Chile, for example, links up 66 radio dishes to produce images with the clarity (though not the sensitivity to faint light) of a single telescope 16 kilometers across.

But whether in space or on the ground, big or small, sensitive to one type of light or another, no one telescope is the best. “You identify the physics question you're trying to ask, and then that will dictate what kind of telescope you need,” says Marc Postman, an astronomer at Space Telescope Science Institute in Baltimore.

To study ultracold interstellar gas, a radio telescope on the ground is the right tool; those clouds are home to molecules and hydrogen atoms that emit specific radio wavelengths. But to probe 10-million-degree plasma that pervades clusters of galaxies, an X-ray telescope in space is the best bet; it can detect the high-energy photons emitted by electrons decelerating in those ionized gases.

Even a single telescope can fare better or worse than another, depending on the metric. The Extremely Large Telescope and the JWST, for example, will have some overlap in the wavelengths of light they can see. At those wavelengths, the ELT will produce much sharper images, thanks to its sheer size and adaptive optics. But JWST, despite being much smaller, will see far fainter things, because there’s no infrared glow from a warm atmosphere to compete with in space.

And sometimes, tiny is king. When Postman and colleagues wanted to measure the cosmic optical background, a feeble glow of visible light coming from all directions in space, they didn’t use a big telescope. They turned to a 21-centimeter-wide instrument—smaller than many backyard telescopes—on the New Horizons spacecraft, which buzzed Pluto in 2015. Out at the solar system’s edge, that telescope was beyond the light pollution caused by a haze of interplanetary dust particles that scatter sunlight.

“The sky is so dark out there that even a small telescope can make observations that would be difficult for a much bigger telescope much closer to the sun,” Postman says.

In the coming years, new ground-based observatories will push the limits of what we can see. The ELT, under construction in the southern hemisphere, and the Thirty Meter Telescope, proposed to be built in the northern hemisphere, are planned to be the largest optical eyes humans have ever trained on the sky. And when the Vera C. Rubin Observatory comes online in 2023, it will have an exceptionally wide field of view that will let it scan the entire sky visible from northern Chile every few days. It will create a time-lapse movie that will help astronomers discover anything that flashes or moves: supernovae, passing asteroids or even undiscovered planets in the remote parts of our solar system.

In space, all eyes are on the JWST, which completed its final prelaunch tests on August 26 and is scheduled for launch December 18. In the early 2030s, the European Space Agency’s Athena observatory will give astronomers powerful new X-ray vision, which will let them probe deeper into some of the hotter, more energetic locales in the universe. And in between, a medley of specialized space telescopes will zero in on specific science questions such as the nature of dark matter and dark energy as well as the continued hunt for more planets in the galaxy.

All these telescopes—and too many others to name—will continue their 400-plus-year legacy of expanding our view of cosmos. It’s a legacy that Galileo himself would be glad to hear. In his 1610 publication The Starry Messenger, where he documented the wonders his telescope revealed, he pondered his device’s future: “Perchance other discoveries still more excellent will be made from time to time by me or by other observers, with the assistance of a similar instrument.”