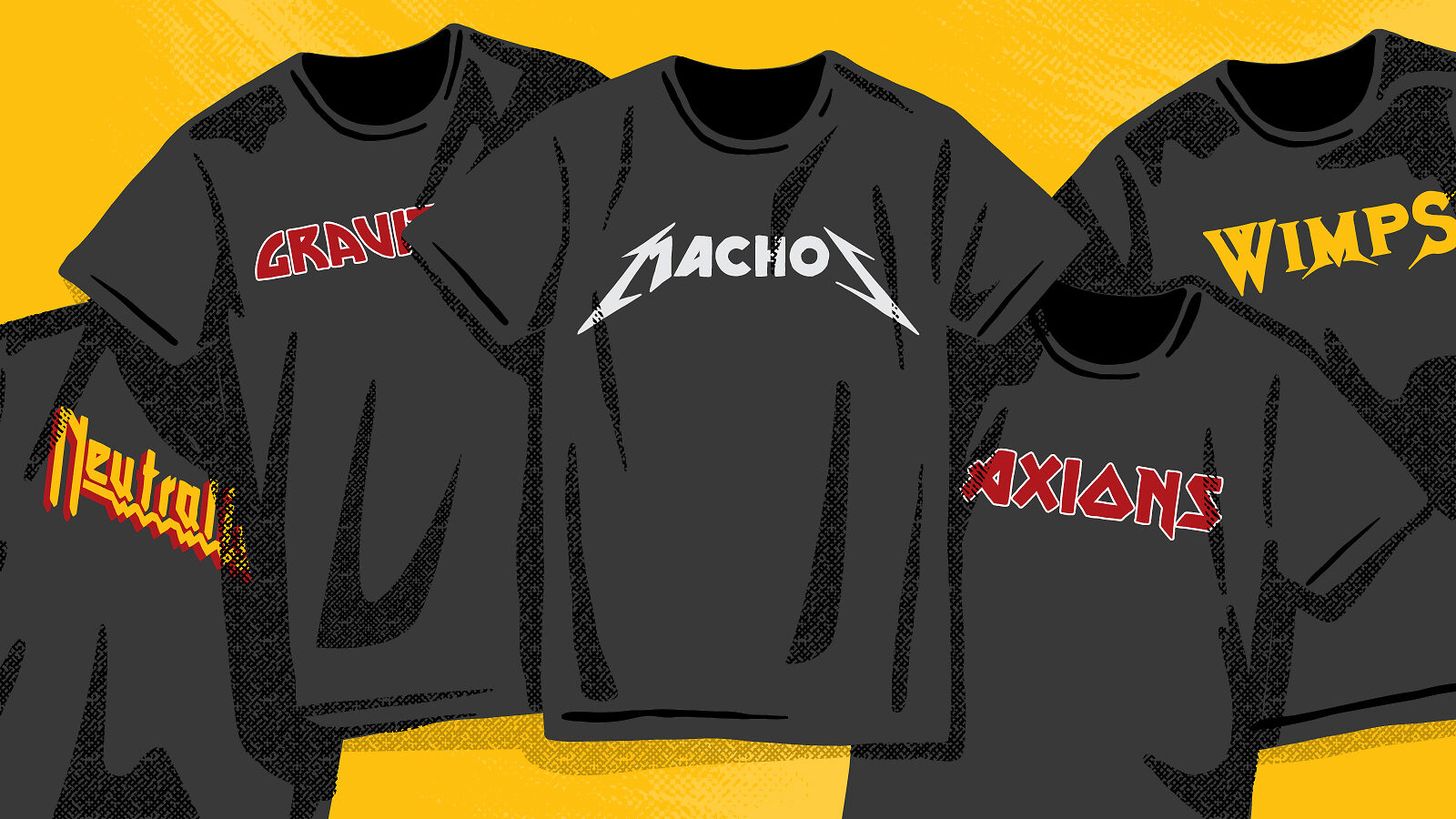 A group of scientists is hoping to detect dark matter using a nano-scale drum.

In the cryogenic-cooled silence of an empty lab, a group of cosmologists, engineers and theoretical physicists hope to someday hear drumbeats.

The group is searching for a type of theoretical particles called dark photons. And they’re doing it by listening for the particles to tap out a rhythm on a tiny glass drum.

Dark photons, if they exist, are thought to be force-carrying particles, similar to the regular photons we interact with every day, which carry the electromagnetic force. But unlike massless photons, these dark-matter particles would have a mass, albeit a very small one.

If they exist in the quantities needed to account for all the dark-matter mass in the universe, dark photons would be so ubiquitous that they would move together like a wave. Individually, dark photons hardly interact with normal matter, but as waves, they would exert a very weak force, theoretical physicists predict.

The effect would be noticeable only on the smallest scales, but a growing class of nano-instruments specialize in detecting such ultra-small forces on the cusp of quantum limits. Known as optomechanical membrane accelerometers, these devices have previously been used to detect quantum back-action, a weak force important in taking quantum-limited measurements.

Now, scientists hope to use them to detect the beat of a dark photon wave. 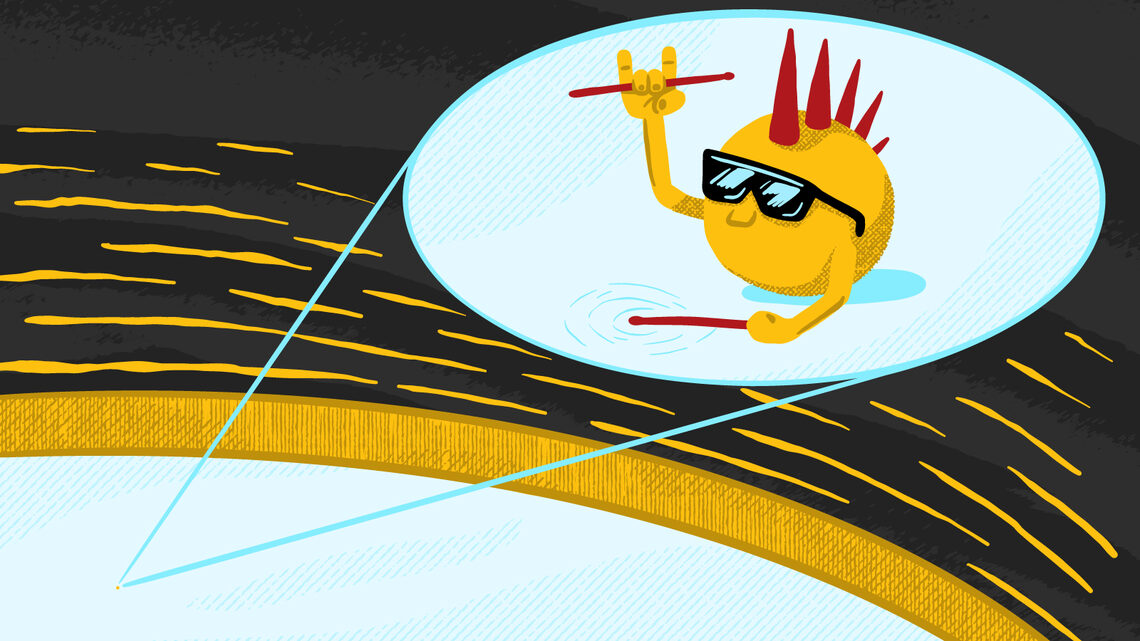 Dark matter searches aren’t for pessimists. Despite more than 30 years with no direct detections, physicists are still coming up with new ideas—for both experiments and dark matter candidates. Today, the list of particles is full of superhero and supervillain names like MACHOs, axions, WIMPs, gravitinos and neutralinos. Some models invoke supersymmetry, others superfluids.

“Right now, the field is in a position where we should leave no rock unturned, because we've been looking for years and we haven't found anything,” says Dalziel Wilson, an assistant professor at the University of Arizona and experimentalist involved with the new search. “So that’s what we’re doing.”

The idea for using optomechanical devices to detect dark matter was initially made by Swati Singh, an assistant professor at the University of Delaware who currently researches using quantum systems as sensors to search for new physics. After reading proposals to repurpose gravitational-wave detectors to look for dark matter, Singh drew the connection to her previous work with gravitational-wave-sensing mechanical systems.

“A lot of things we don't know about—things beyond the Standard Model of particle physics—have signals that are sometimes a very weak force,” Singh says. “As we control more and more devices down to single quanta of motion, we can probe these things and the rest of the universe.”

To bring her idea to life, Singh formed a multidisciplinary collaboration. Along with her graduate student, Jack Manley, Singh approached Wilson, who has worked with optomechanical resonators for over a decade, and cosmologist Daniel Grin, who specializes in dark-matter candidates.

A dark photon interacting with a normal atom should slightly alter the position of the atom’s center of mass. So if a wave of dark photons passed, an atom would subtly oscillate back and forth. This effect, though small, could be amplified to the detectable range with optomechanical devices.

Unlike most dark-matter searches, these detectors are relatively inexpensive and fit on a tabletop. “It turns out, the devices I have in my lab are perfectly capable of searching for this type of dark matter,” Wilson says. 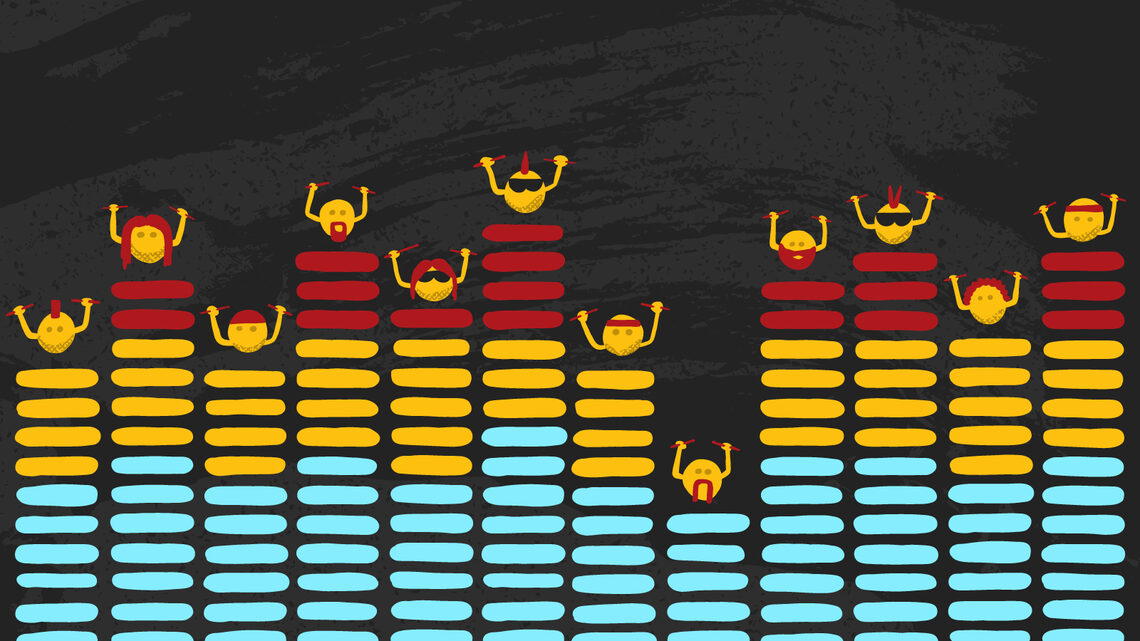 The materials used for the drum were specifically chosen, as dark-photon interactions depend on the density of neutrons in the drum’s atoms. For their first prototype, the group proposed a detector with a membrane made of silicon nitride, less than a micrometer thick, and stretched over a mirror made of beryllium.

Immersed in a vacuum and cooled down to just 0.01 Kelvin, this type of detector would detect almost no vibration other than that coming from the very tiny dark-photon force, making for a clean signal.

The detector they designed looks like a drum, but alternative shapes, such as cylinders, cantilevers or balls could work in a similar manner. “In our laboratory, we already have some devices which we think might be more promising,” Wilson says.

To resonate with dark matter, an optomechanical drum would need to be tuned to the frequency that corresponds to the mass of the dark photon. The trouble is, no one knows exactly what that mass should be.

“It's a needle in a haystack. It's a really, really tiny needle,” says Mitul Dey Chowdhury, a graduate student in Wilson’s lab.

For now, the group is working to build two detectors. In the coming year or two, they hope to lock their devices away in a quiet room for monthlong runs, during which they will continually listen for the beat of the drum.

The proposed detector is designed to scan dark-photon frequencies across a large range: from 1 to 100 kilohertz. But it can monitor only a small fraction of that—1/10,000th—at a time.

Wilson says he hopes their work will inspire other researchers to find optomechanical devices that could be suitable for searching for dark matter. The group has published two peer-reviewed papers, led by Manley, that they hope will interest other groups to join the search. Ideally, a fleet of experiments worldwide, each tuned to a different frequency, would work together to search for dark photons.

“Right now [this field] is the Wild West,” Wilson says. “I would say maybe in three years we will have some initial results, but it's very much in its infancy right now.”