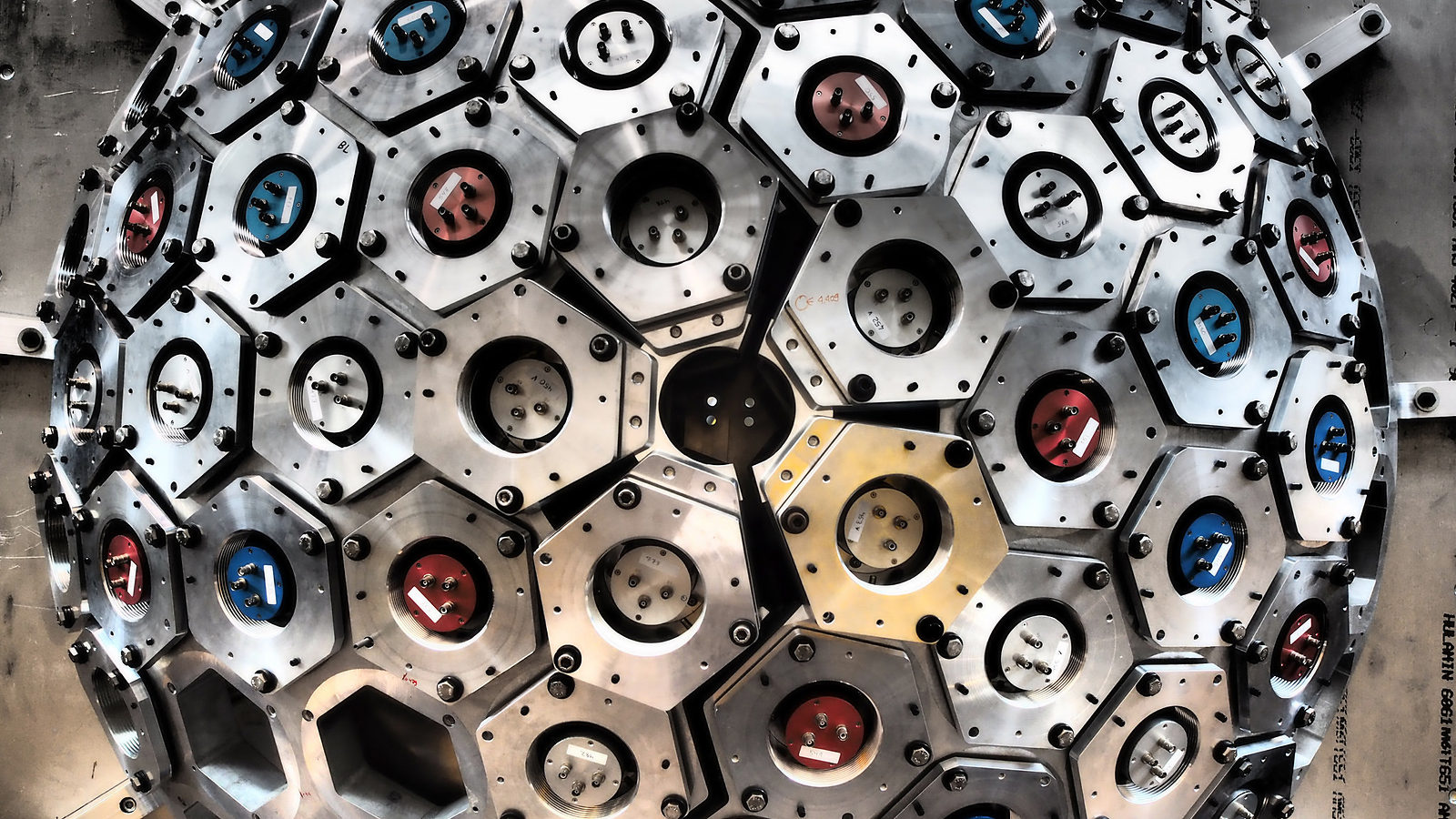 Of course the winning entry in a photo competition at a Canadian laboratory involves the word “sorry.”

In October, Canada’s national particle and nuclear physics laboratory, TRIUMF, invited Vancouver-based photographers to tour the facility and submit their images to be judged by the public, TRIUMF scientists and a jury of local experts.

The jury included TRIUMF artist-in-residence Ingrid Koenig, a professor at Emily Carr University of Art + Design; Mila Cotic, community engagement manager and former exhibits manager at the Science World museum in Vancouver; Rebecca Ind, communications and events coordinator for the University Neighbourhood Association; and Christine D’Onofrio, a member of the visual art faculty at the University of British Columbia.

They awarded first prize to Justin Lee for Bumped, a photograph of an instrument in need of repair after being knocked out of alignment accidentally, as explained in a polite, handwritten note.

But it wasn’t just apologetic lab employees that made an impression on the judges. The jury awarded second and third place to photographer Sean Birch for photographs of the paraphernalia of science: One half of GRIFFIN and Rainbow Cables.

“On the tour, it was surprising to see the mixture of old and new, and the occasional vintage-looking piece of equipment still in operation,” Birch said in an interview with TRIUMF writer Kyla Shauer. “The dichotomy that exists between the cutting-edge and the visually old-fashioned was a source of amusement and wonder.”

In what might answer the question of how scientists see themselves, TRIUMF judges gave half of third place to Concussive Conclusions, Ron Kelly’s photograph of two people mid-leap next to a piece of machinery.

“The real essence of TRIUMF is frenetic: particles with immense energy and speed, racing along and smashing into each other,” Kelly told Shauer. “This occurs away from prying eyes and can only be viewed metaphorically: bouncing and colliding homo sapiens jostle each other on their way to insight.”

The winning photos will be exhibited at Science World in January 2015. The top 40 entries can be viewed on Flickr. 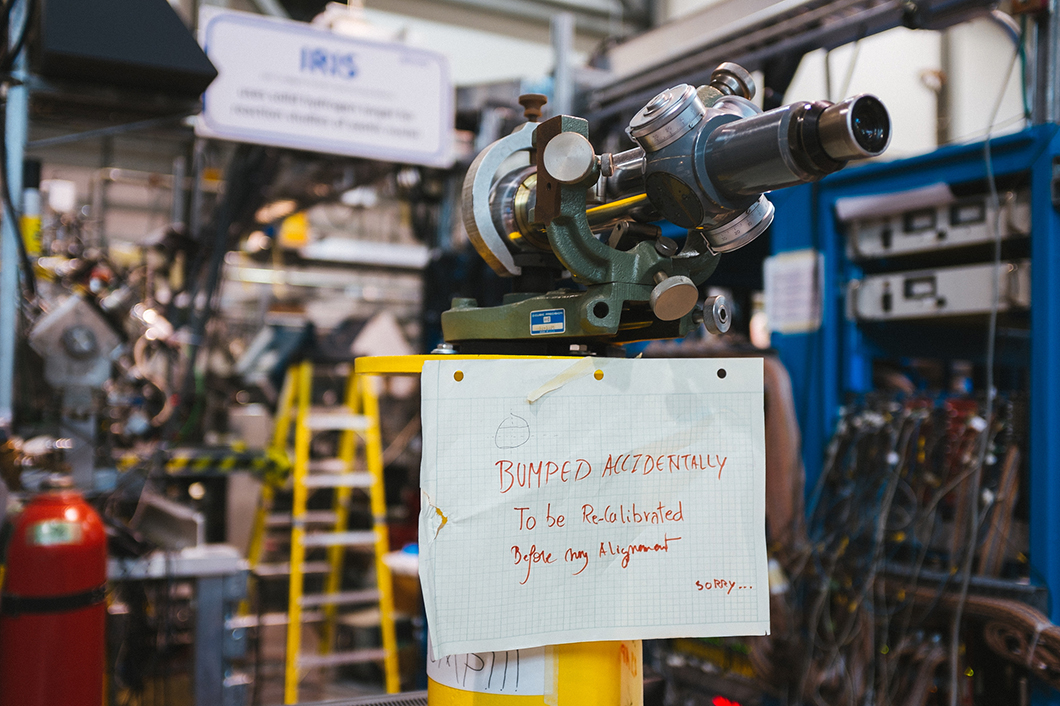 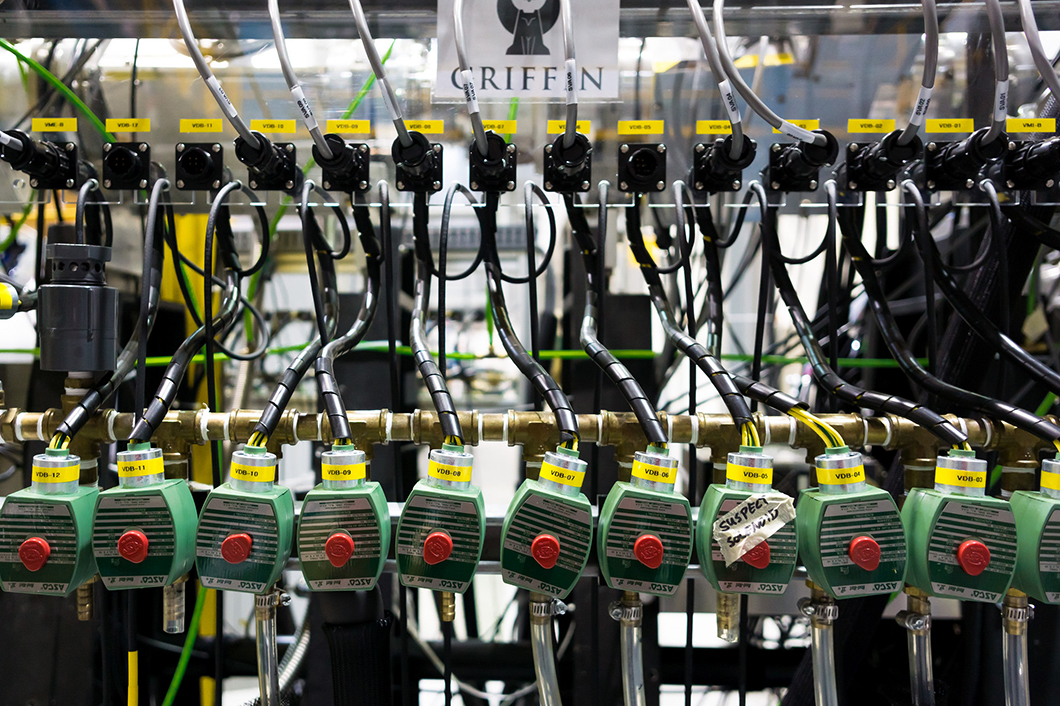 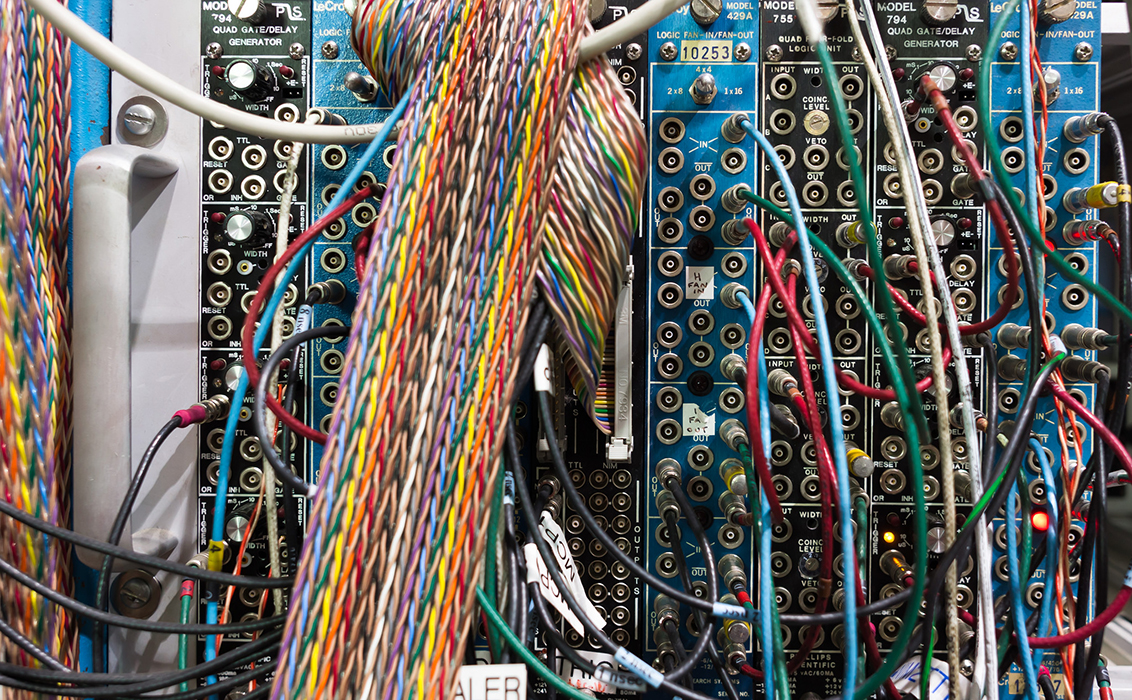 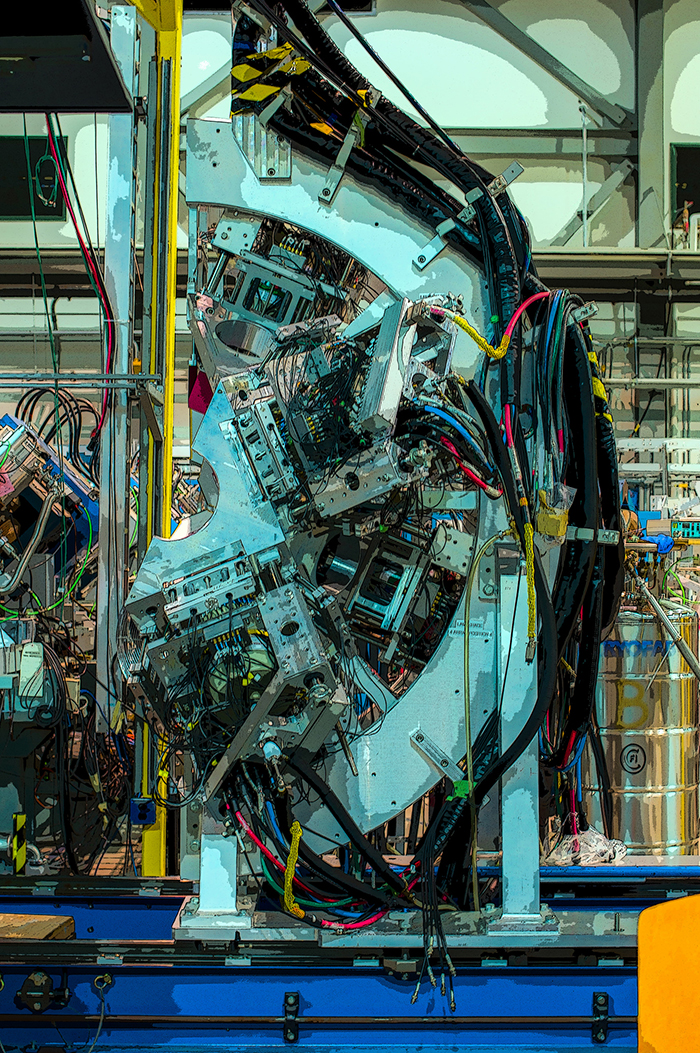 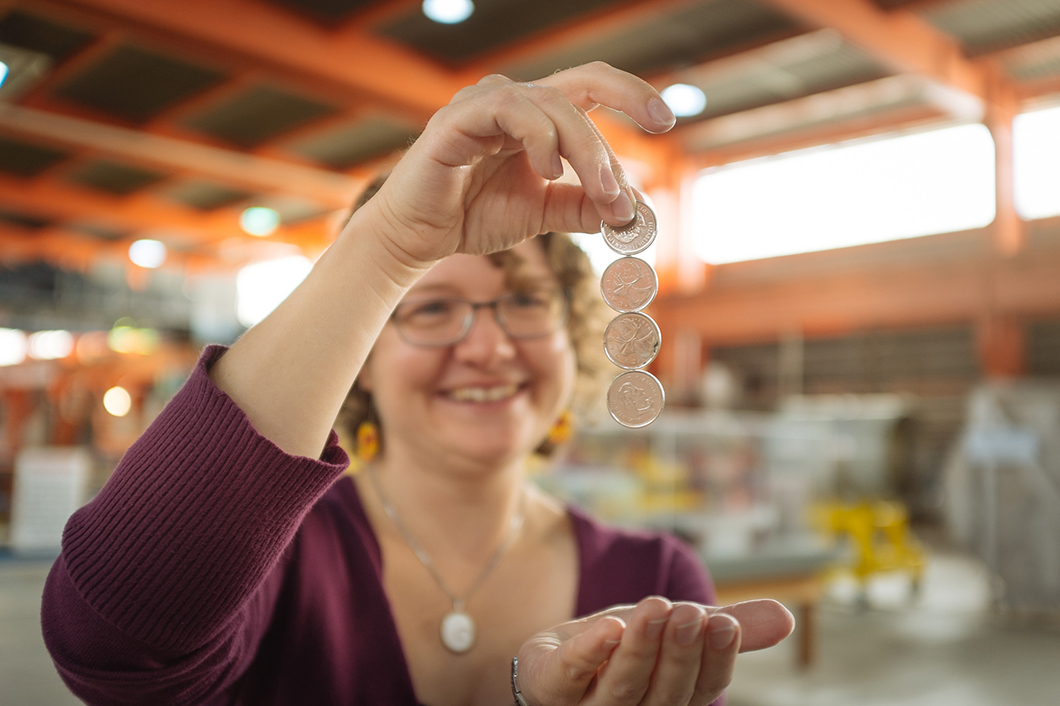 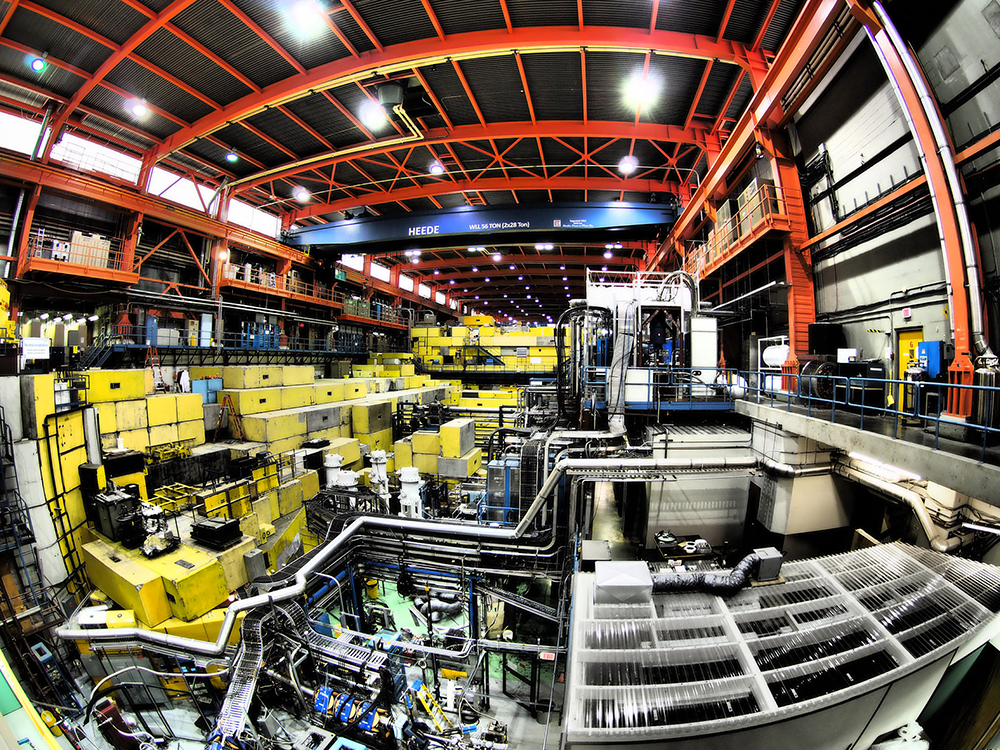 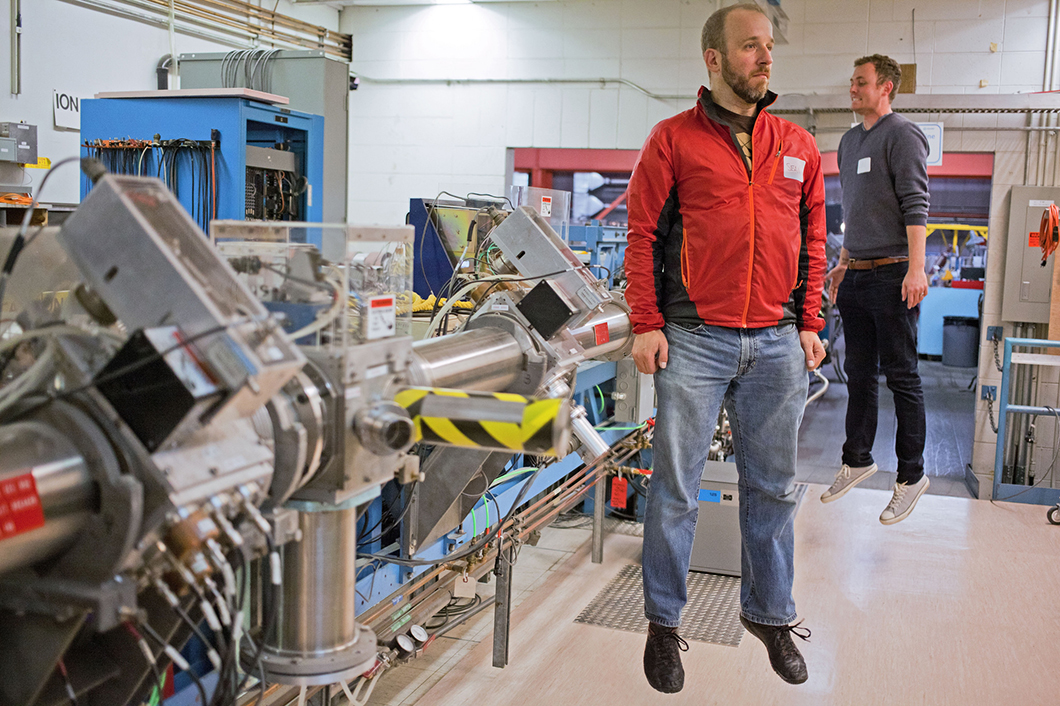 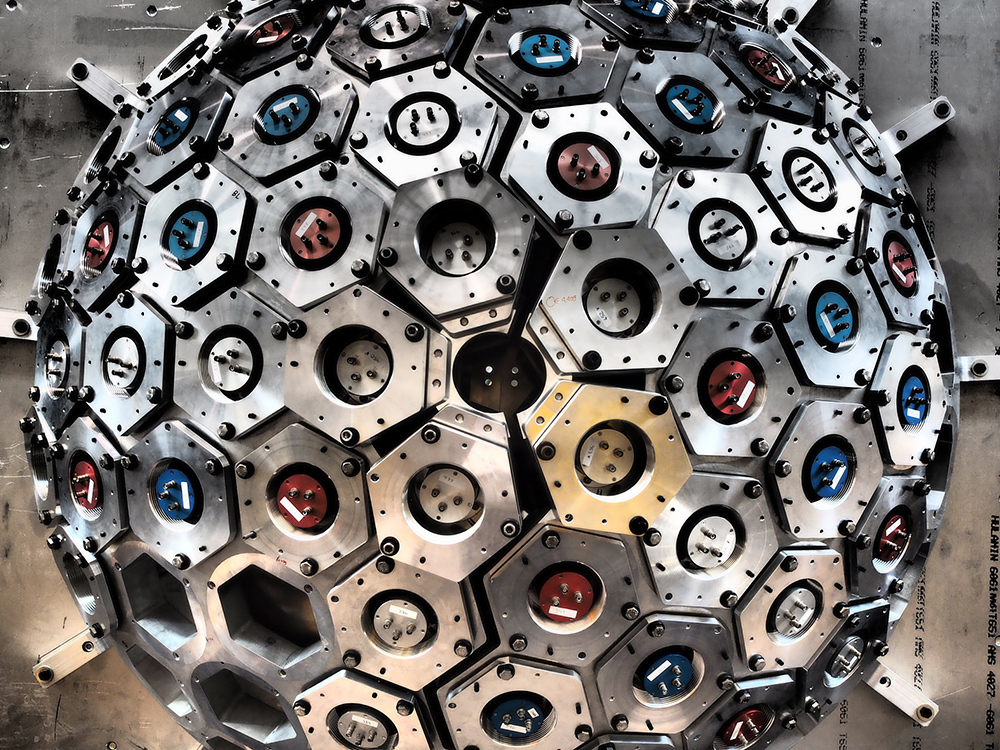 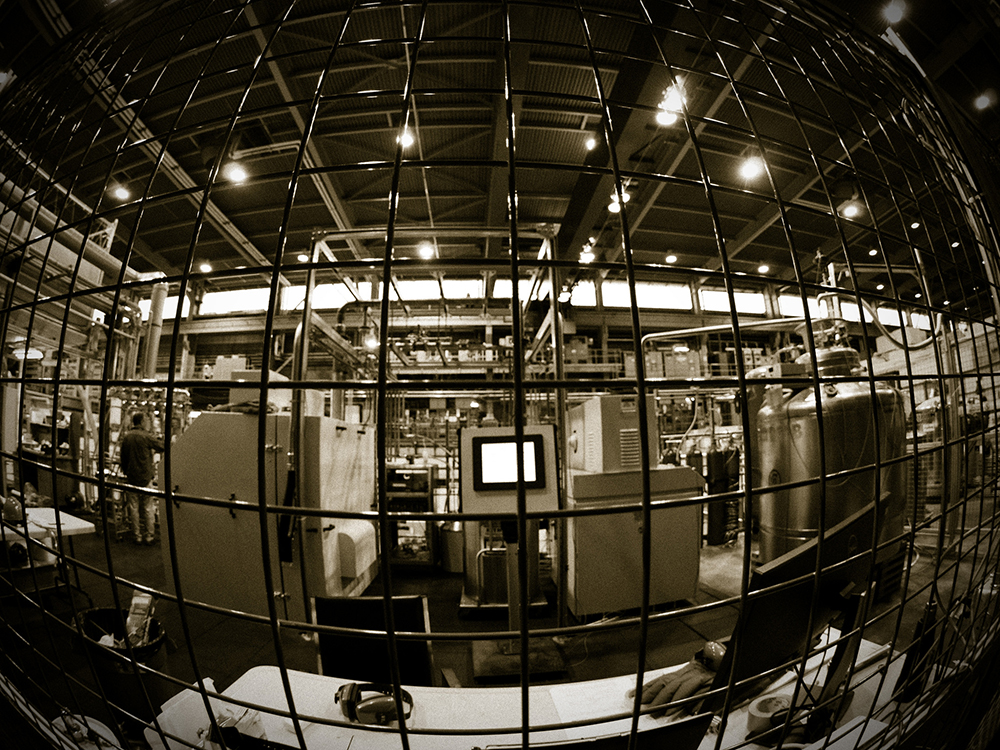 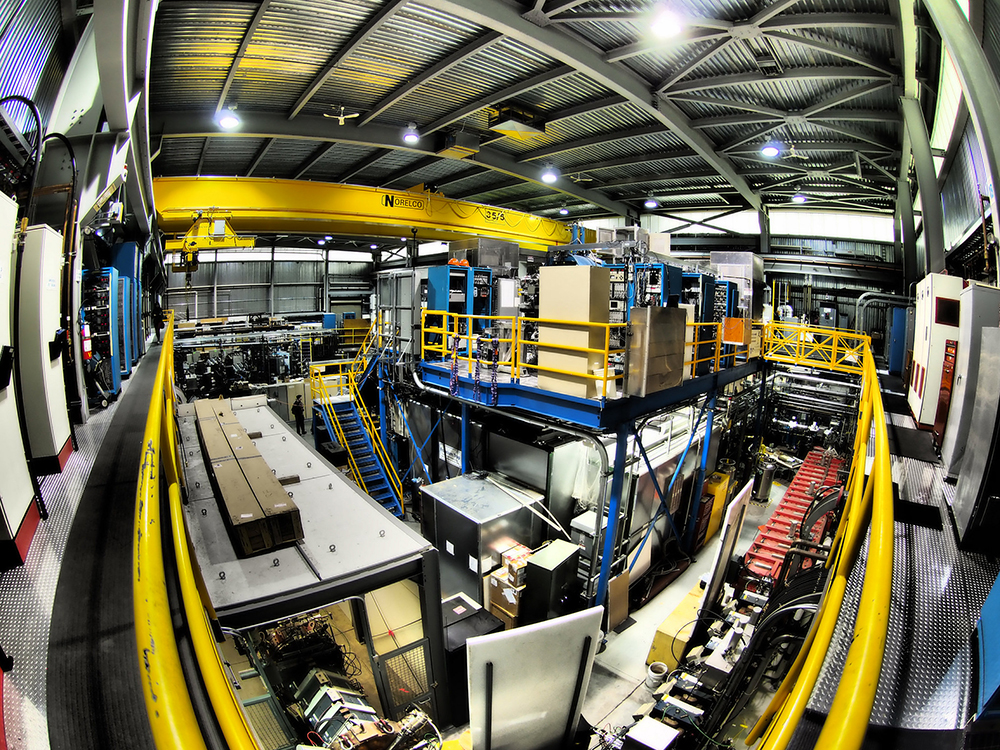 Margo Dornan
Like what you see? Sign up for a free subscription to symmetry!
Follow
Use your browser’s print dialog box to create a pdf.
Latest news articles
The New York Times