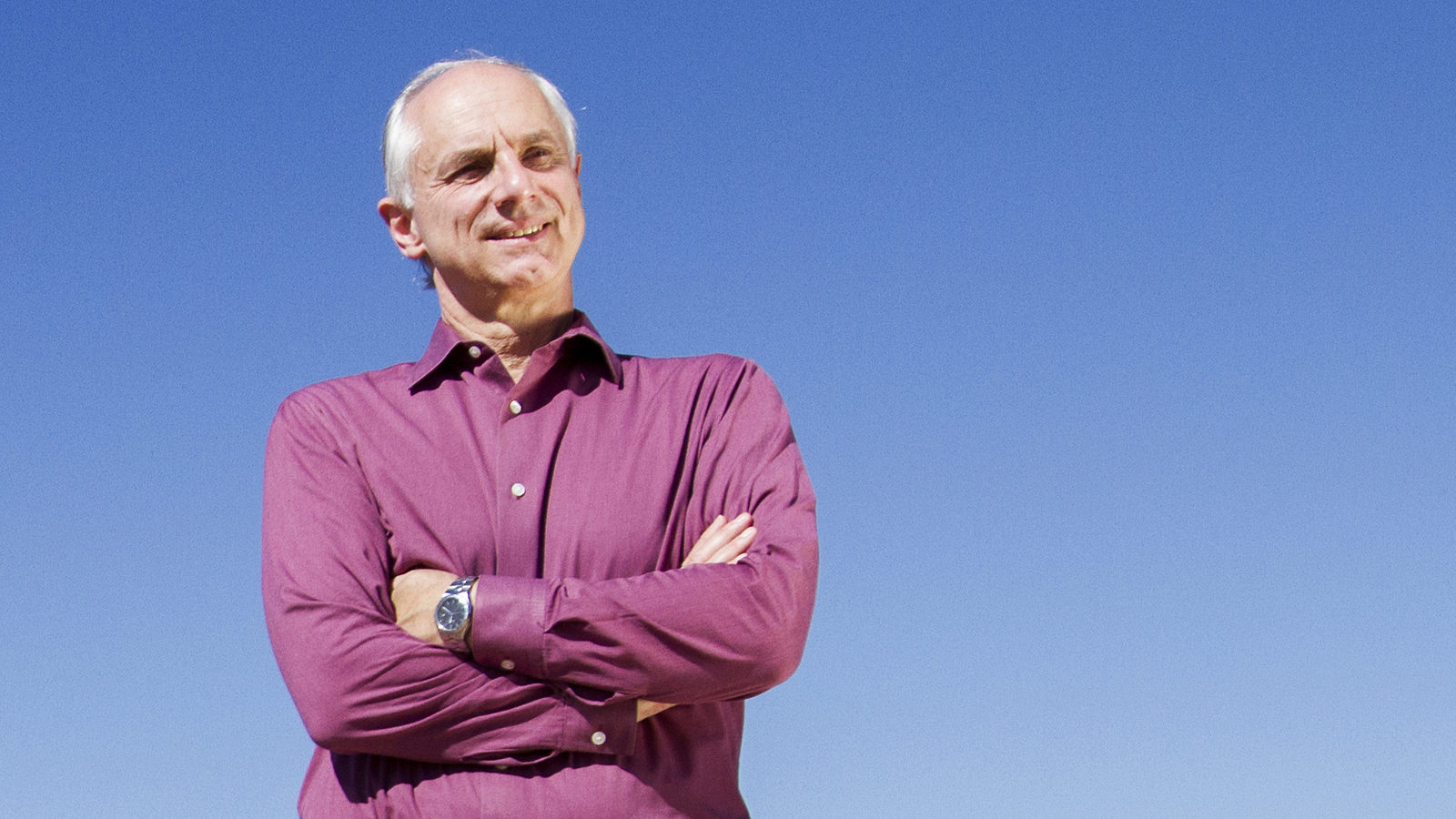 In the early 2000s, physicist Klaus Lackner decided to change fields based on one powerful idea: that we can pull carbon out of the air fast enough to counter global warming.

So how did a physicist transition from hunting the smallest fundamental particles to capturing relatively large molecules like carbon dioxide?

It started with a concept paper Lackner co-wrote in 1995 about a solar-powered self-replicating machine that might pull carbon from the air. The idea was mostly an “exciting thought experiment” to Lackner, he says.

But the real turning point came four years later at a science fair, where Lackner’s teenage daughter Claire used a fish pump to move air past a filament coated with sodium hydroxide. The powerful base captured half of the acidic carbon dioxide, earned her first place, and encouraged her father to apply his physics training to make the process more efficient.

“As a particle physicist, you are thinking about complicated systems and looking for symmetries that hold them all together,” Lackner says. “This back-and-forth between thinking big and pulling on it till you get it right, that comes from physics training.”

As a result, in 2008, Lackner revealed his “mechanical tree,” a device that captures carbon from the ambient air in a rinsable filter, eliminating the need for an expensive pump.

A physicist by training

Lackner spent 13 years working on carbon capture and energy at Columbia before taking his current position as head of Arizona State University’s Center for Negative Carbon Emissions. Through it all, his physics training has always shaped his scientific outlook and work.

As a teenager in Germany, Lackner was inspired by American physicist George Gamov’s popular book One, Two, Three…Infinity. He enrolled in the Heidelberg University physics program in the 1960s, where he received his PhD in particle physics.

Over his career, Lackner worked with some of the biggest names in science. At Heidelberg he studied under Nobel Laureate Hans Jensen, recognized for his “shell” explanation of the atom’s nucleus. An invite from Murray Gell-Mann, who won a Nobel for his work classifying elementary particles and their interactions, brought Lackner to Caltech. There, Lackner investigated that subatomic particle’s fractional charge with George Zweig, famous for his work on the quark model independent of Gell-Mann.

“I loved coming to Caltech,” says Lackner. “Even if you were a young postdoc, you were taken seriously. It was strictly just the message that you had to defend and explain. I found that exhilarating.”

Lackner transferred to SLAC National Accelerator Laboratory and later to Los Alamos National Laboratory. While there, he worked with Nobel laureate Martin Perl on a SLAC-based large-scale search for isolated, uncoupled quarks.

During nearly two decades at Los Alamos, Lackner tackled a variety of research projects, including on fluid dynamics—something he says stimulated him to think more about energy.

“Klaus is the most brilliant person I have ever dealt with,” Broecker says. “I always say the world is really lucky that Klaus is putting his energy into air capture.”

While he had success with theory and demonstration, Lackner’s attempts to commercialize his mechanical tree and bring it to scale have so far been unsuccessful. The economic atmosphere, which included the 2008 market crash, was not conducive to air capture enterprises, he says. Nevertheless, Broecker calls Lackner’s work critical.

“By the time we do get our energy from non-fossil fuels—if the models are anywhere near right—we are going to have to pull down the carbon dioxide level in the atmosphere,” Broecker says. “It seems to me the only way to do that is something like what Klaus is doing.”

At ASU, Lackner intends to continue his carbon capture and other Columbia University investigations, such as how to make a liquid fuel from captured carbon. He says finding space to do his work has been much easier in the desert around Phoenix than it ever was in Upper Manhattan.

Ecologist John Harte applies principles from his former life as a physicist to his work trying to save the planet.