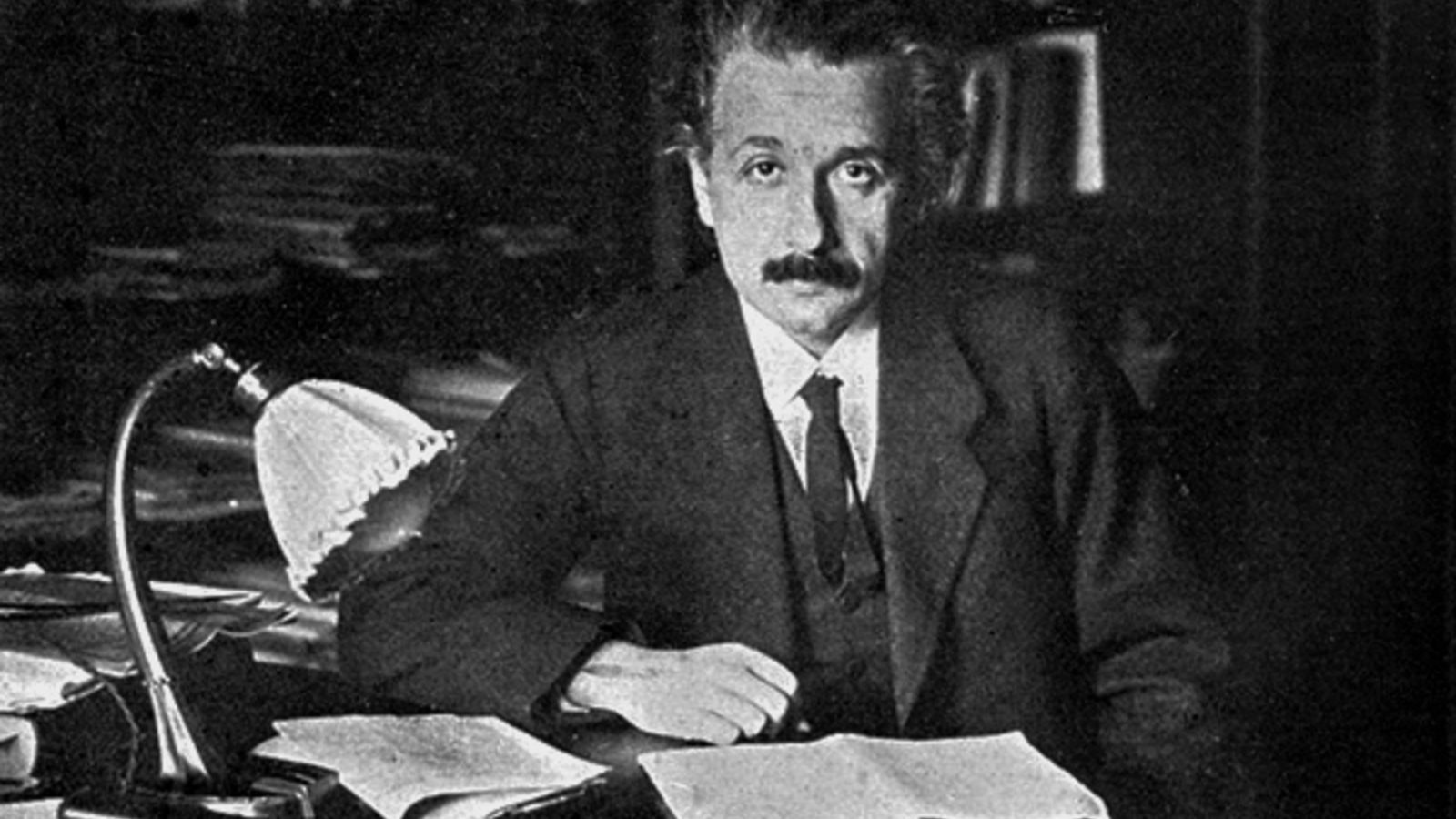 In a single year of his 20s, Albert Einstein published papers explaining the photoelectric effect, Brownian motion, special relativity and E=mc2. In his 30s, he lived through World War I and came up with the theory of general relativity. In his early 40s, he won a Nobel Prize.

Today a new window opened into this early period of Einstein’s life.

The annotated documents are available in their original language and translated into English. They include his scientific papers but also professional letters to and from colleagues and personal notes to and from friends and family between the years 1879 to 1923.

“It’s one of the most exciting periods in modern science,” says Professor Diana Kormos-Buchwald, director of the Einstein Papers Project. “It was probably one of the most vibrant periods to be a scientist.”

The field of physics was different then, Kormos-Buchwald says. In 1900, there were only about 1000 physicists on the planet. Today that number makes up only about a third of a single experiment at the Large Hadron Collider.

Those physicists wrote to one another. But it’s not just the professional letters that allow one to follow Einstein’s thinking over the years, Kormos-Buchwald says.

“Einstein wrote a lot about his work in his private correspondence,” she says. “If you only look at his letters with Bohr and Schrodinger and Planck, you don’t get an idea of his day-to-day activities and his impressions of other people.”

Kormos-Buchwald is especially fond of the long-lasting correspondence between Einstein and fellow theoretical physicist Paul Ehrenfest, who made contributions to the field of statistical mechanics and its relationship to quantum mechanics.

“The two would switch easily between important scientific topics and personal ones, within one paragraph,” she says. “Very few people wrote this way to Einstein.”

In one May 1912 letter, Ehrenfest wrote to Einstein of a decision to take a position in Munich after hoping to find one in Zurich: “I must confess that I had lost myself very deeply in the dream of being able to work near you, and that it has by no means been easy for me to cut myself loose from this thought.”

He begins the very next sentence, “Regarding your remark about the Ritz-Doppler effect, I have the following to say…”

The papers give insight into Einstein’s scientific ideas but also other details of his life.

In 1895, his father Hermann Einstein wrote in a letter to Jost Winteler, family friend and the head of the special high school Einstein attended in Zurich: “I am taking the liberty of returning the enclosed school report; to be sure, not all of its parts fulfill my wishes and expectations, but with Albert I got used a long time ago to finding not-so-good grades along with very good ones, and I am therefore not disconsolate about them.”

Other documents of interest include a high school French essay Einstein wrote about his future plans (“young people especially like to contemplate bold projects”); a letter to his eventual first wife Mileva Maric celebrating the birth of their daughter Lieserl; Einstein’s first job offer; a telegram informing him he had won the Nobel Prize; and a letter to physicist Max Planck about receiving death threats from an increasingly hostile Berlin.

This is only the first installment. Princeton University Press and the Einstein Papers Project plan to continue the project, adding new documents from their collection of about 30,000.