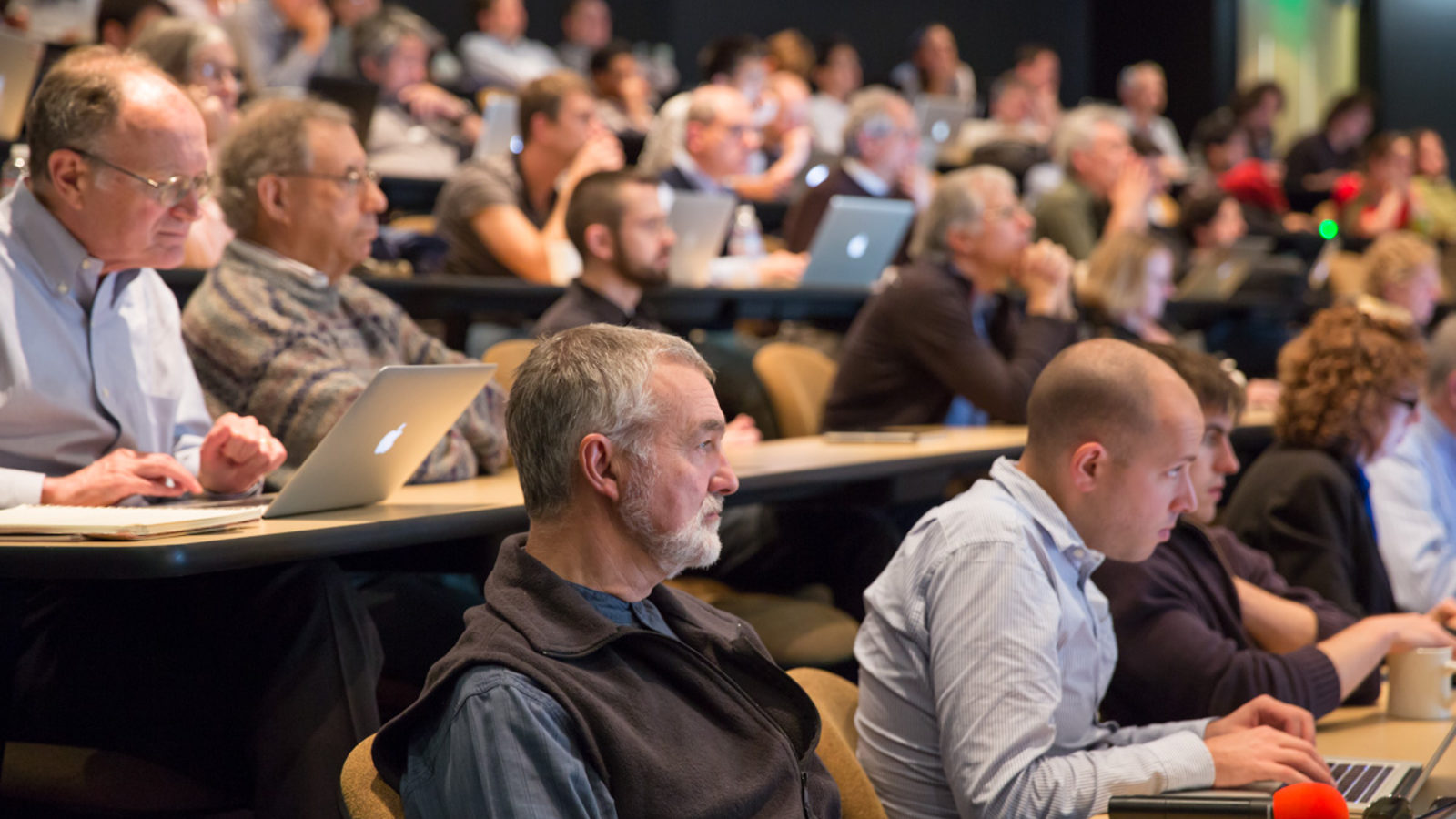 By venturing far out into the universe and far back in time, particle physicists study two of science’s most intriguing puzzles: dark matter and dark energy. At present both phenomena can be seen on cosmic scales: Astrophysicists have observed dark matter interacting gravitationally with ordinary matter and have seen the growing influence of dark energy on the expansion rate of the universe. Yet very little is known about dark matter and dark energy other than that they exist. What are they made of? Where do they come from? How do they interact with other known particles and forces? So far, their discovery has led to more questions than answers.

The researchers came at the invitation of the Particle Physics Project Prioritization Panel, or P5. The panel, charged with mapping the course of US particle physics research for the next two decades in a global context, is busy gathering information about which avenues of research currently offer the most promise for scientific advancement. Their work builds on the year-long Snowmass process, taking the results from the final meeting last summer and distilling them into a series of recommendations for prioritization of high-energy physics research. This information-gathering stage has already begun. At a Fermilab meeting in November, they discussed Snowmass results, activities in particle physics around the world and neutrino research. An upcoming meeting at Brookhaven later this month will focus on future accelerator-based experiments.

The research holds definite potential. For example, as was pointed out at the SLAC meeting, the cosmic observation of dark matter is currently the strongest evidence for new types of particles that have yet to be observed.

"The Standard Model told us about the existence of a particle we call the Higgs, but nothing tells us there has to be a new particle out there we call dark matter," says panel member Jonathan Feng, a theorist from the University of California, Irvine.

In essence, the word on dark matter from our most complete, accurate theory of matter and energy is, "No comment." Physicists don't even know whether dark matter is one type of particle, or comprises its own complete set of shadow particles—shadow quarks making shadow protons and neutrons, shadow electron clouds, shadow photons carrying dark light. There’s a lot to be discovered here.

Discovered merely 15 years ago by two separate groups studying Type Ia supernovae, dark energy is even more baffling. But the biggest question surrounding the force that's pulling our universe apart isn't why it exists, but why it's so very tiny.

Researchers are rising to the challenge presented by these puzzles, devising ways to use the universe itself as a giant high-energy physics lab by exploiting links between cosmic mysteries and subatomic particles. Such links range from the obvious, such as cosmic rays, or high-energy particles accelerated by intense electromagnetic fields surrounding such cosmic powerhouses as supernovae or neutron stars, to the more subtle, such as neutrinos from our own sun, to the all-encompassing effects of gravity.

Overall, says panel member Bonnie Fleming, an expert in neutrino physics from Yale, "finding all the different handles we can on high-energy physics is very important."

Succeeding in this goal will require everyone's input, says P5 chair Steve Ritz of the University of California, Santa Cruz. In addition to scheduled talks, the P5 meetings include "open mic" periods when anyone can speak their minds about any area of HEP research. Scientists can also submit information and recommendations through an online form.

The final town-hall meeting will take place at Brookhaven National Laboratory December 15-18, and the panel report is due in May 2014, with preliminary findings out in March.