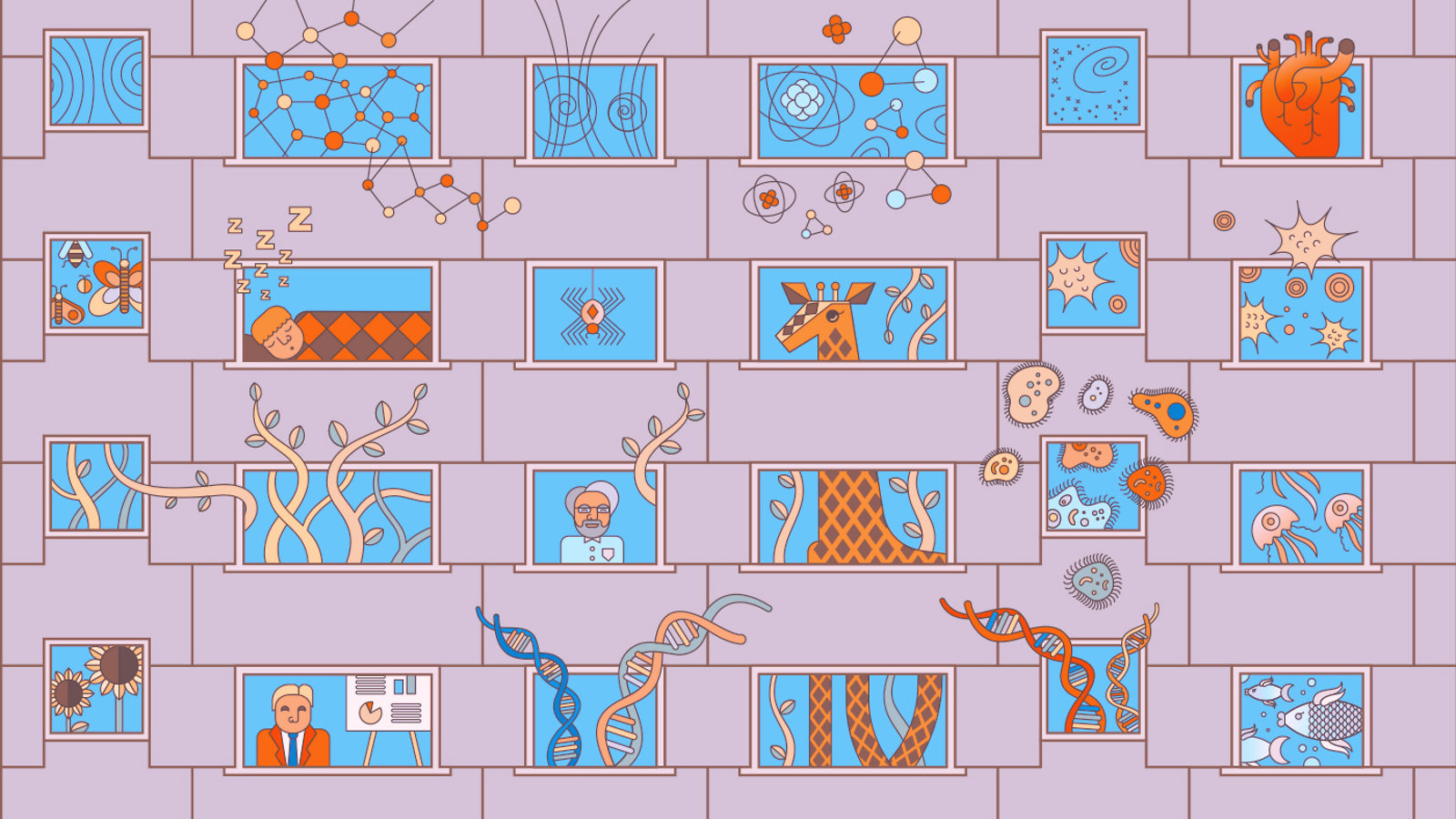 The scale of things

Geoffrey West applies his ‘physics way of thinking’ to biology and urban life.

For many years, that meant working on the scale of tiny things—quarks and other subatomic particles.

In the past 15-plus years, West has branched out. Still using a theoretical-physics-inspired approach, he and biology colleagues developed a quantitative, predictive framework to explain why scale-related relationships occur in biology, and he has extended it to cities, cancer and other subjects.

“I still very much consider myself a physicist because physics deals with fundamental questions at all scales, from the subatomic to the cosmos,” says West, distinguished professor and past president of the Santa Fe Institute and senior fellow at Los Alamos National Laboratory.

West grew up in modest circumstances in England, but by acing the national exams he earned a free spot at Cambridge. He attended Stanford University as a graduate student starting in 1961 and was on-campus to see the construction of SLAC National Accelerator Laboratory.

After holding junior positions at Cornell and Harvard universities, he joined the Stanford faculty, contributing theories on quarks and gluons at the time of SLAC’s Nobel-winning experiments that pointed to quarks' existence. In the mid-1970s, West founded Los Alamos’ particle theory group and led it for almost 30 years.

In graduate school, one of his advisors had said, “If you are a physicist, you should be able to work on anything. That's what you're being trained for.”

And that’s what he did. As midlife arrived, West dove into the science of aging and learned what biologists know: As animal size scales up, almost all physiological functions, like heart rate, also scale in a systematic fashion.

For example, as animal mass increases, the metabolic energy needed to run a body also increases. A giraffe burns about 75 percent more metabolism-revving oxygen than a creature half its mass, and most mammals and birds fit this three-to-four slope, or ratio, between metabolism and mass.

West wanted to know why this regularity holds true, even though organisms are hugely diverse, with different adaptations, evolutionary histories, lifespans and survival strategies. To figure out the mechanism behind the relationship, West teamed with two biologists.

"To me the most impressive thing about Geoffrey is how much biology he has learned,” says Jim Brown, a well-known ecologist at the University of New Mexico. "This has allowed him to apply physics to biological problems with impressive power and realism.”

The three—West, Brown and Brown’s graduate student Brian Enquist, now a professor at the University of Arizona—had a long series of conversations working through the mathematics of complex biological systems.

They proposed that the physics and mathematics of an important network in animals drove the scaling pattern. In this case, capillary blood vessels bring oxygen to every cell in vertebrates and some invertebrates, making it a primary network for supplying and constraining metabolism.

“We provided the underlying theory that transcends the specific evolved design of the animal or plant,” West says.

Their original paper in Science has been cited almost 2500 times and has drawn controversy as well as inspired new interpretations.

The framework has been applied to understanding and predicting ecosystem dynamics, cancer growth, sleep, urban studies and more. Each system has a different network, with its own physics that determines what the scaling pattern looks like.

For cities, West suggests that there are two interacting networks: people and infrastructure. Data from urban areas around the world—no matter the culture, geography or history—reveal that a doubling in population increases per capita advantages like wages and per capita troubles like crime by 15 percent while saving 15 per cent on infrastructure like roads.

West and his colleagues are also examining what governs corporate growth, innovation cycles and sustainability issues.

His work has been featured in a range of publications from textbooks to Time magazine. He’s won awards in the fields of ecology, aging, mathematical biology, and one from the American Physical Society for using physics to benefit society.

“It has been very powerful and great fun, this physics way of thinking,” West says. 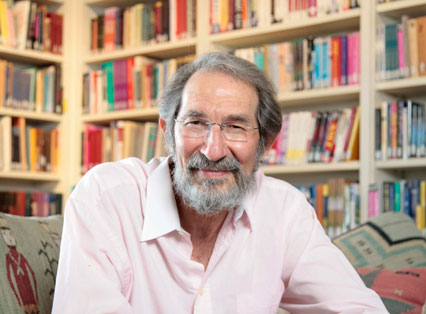 Munir Muniruzzaman has used his physics know-how to help in hospitals and war zones alike.