The European Physical Society has declared the construction site of the Anello di Accumulazione collider in Frascati, Italy, a significant site in physics history. 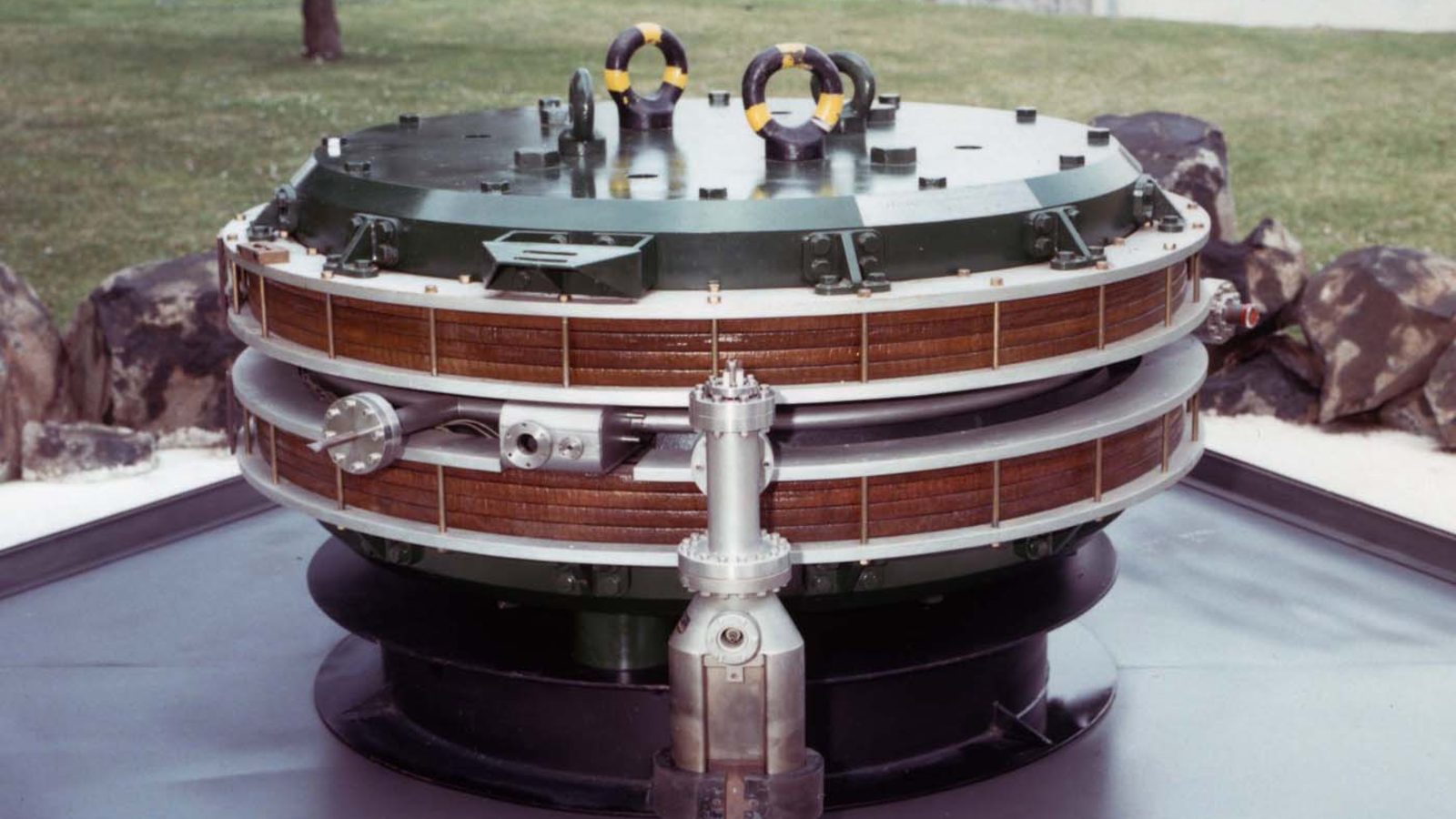 Measuring roughly 4 feet in diameter and claiming an operational life of only a few years, the Anello di Accumulazione—an early 1960s particle collider (pictured above)—is outwardly unassuming. But the modest machine enabled a new chapter of accelerator physics: It was the first particle-antiparticle collider and the first electron-positron storage ring.

Today the European Physical Society recognized the significance of this machine by marking it as a historic site in its place of origin at Frascati National Laboratory. The laboratory is part of Italy’s National Institute of Nuclear Physics.

“ADA was a breakthrough,” says Umberto Dosselli, director of Frascati National Laboratory, who submitted the historic site proposal to the EPS. “The idea that you could accelerate and collide a beam of particles and antiparticles in the same machine was completely different. ADA proved that this idea was correct and opened the possibility for a long line of particle and antiparticle colliders.”

ADA was proposed by theorist Bruno Touschek in 1960 and constructed in Frascati by a small team of scientists and engineers. In 1962, ADA was relocated to the Laboratoire de l’Accelerateur Lineaire in Orsay, France, where it was tested with the laboratory’s powerful particle injector and operated for four years.

ADA’s success enabled the 1963 discovery of something called the Touschek effect, which describes how the scattering of particles inside a beam affects how long the beam lasts. It also allowed scientists to witness the interaction and annihilation of particles and antiparticles during energetic collisions.

But ADA’s most important contribution to particle physics is that it served as the prototype for more powerful particle-antiparticle storage rings, Dosselli says. Successors include Frascati National Laboratory’s ADONE and CERN’s Large Electron-Positron collider, the original occupant of the tunnel currently housing the Large Hadron Collider.

“ADA was an experiment in itself,” says Dosselli. “Once scientists saw that it worked, they used the technology to create bigger particle-antiparticle storage rings.”

The European Physical Society recognized the significance of ADA by holding a ceremony in Frascati and installing a commemorative plaque there.

The historic sites initiative was developed in 2011 by physicist Luisa Cifarelli during her presidency of EPS to recognize important steps in the history and progress of physics across Europe. Historic site dedications were also meant to some extent as signs of European identity and spirit of co-operation.

In addition to raising public awareness about physics, these sites also act as a reminder to scientists about the rich history of discovery and investigation.

“There is no science without memory and without history,” Cifarelli says. “Science is an evolution of discoveries, and these discoveries are based on patterns from long-lasting achievements.”