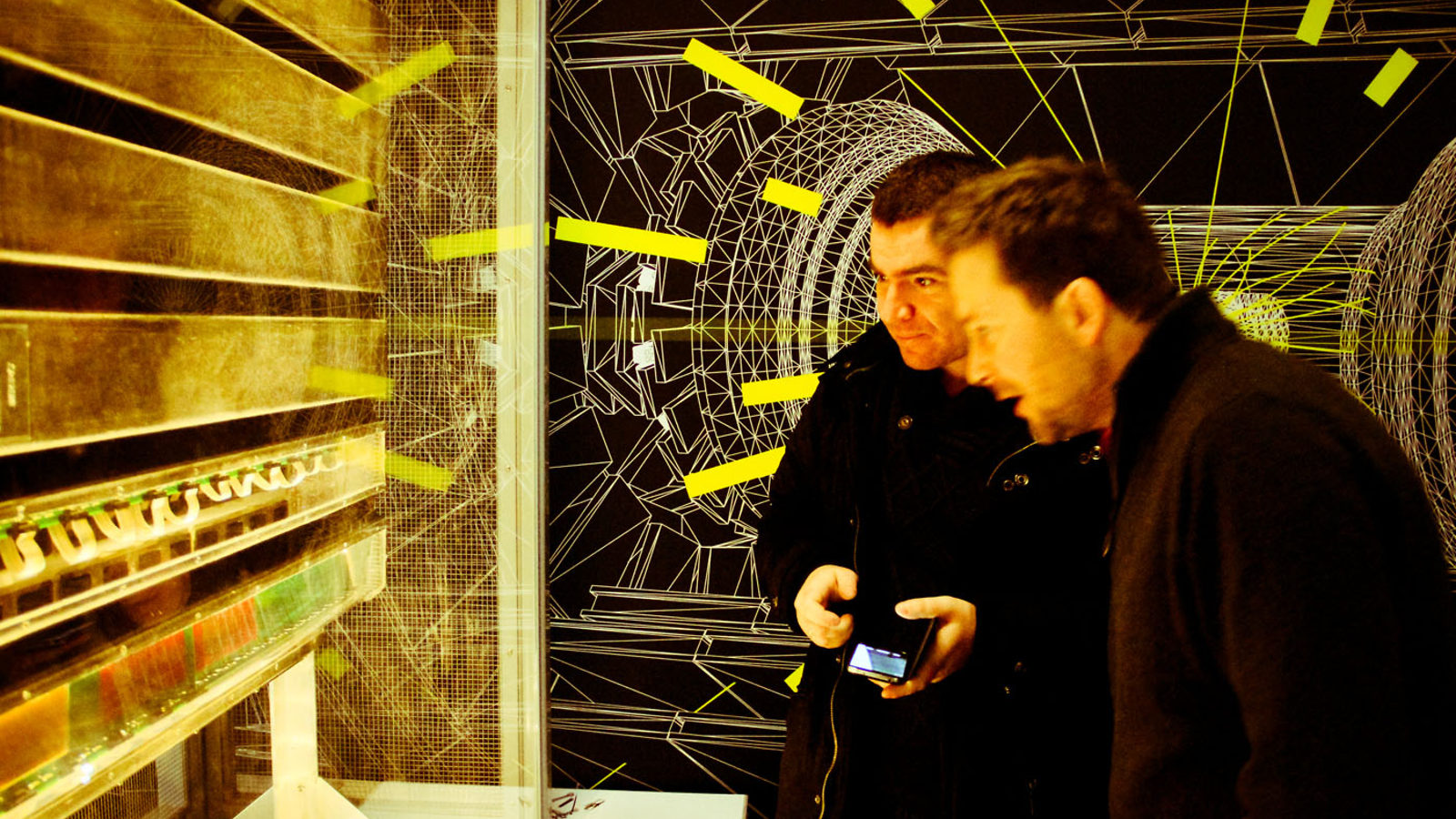 The Large Hadron Collider, housed at CERN laboratory on the border of France and Switzerland, is the focus of a new exhibit called Collider in London’s Science Museum. Visitors, each armed with an all-access pass, are swept into a multimedia exploration of the 60-year-old laboratory, complete with full-size reconstructions of sights below and above ground.

“Our goal from the outset was to give visitors a genuine appreciation for what the LHC is, the people who work on it and why it matters,” says Science Museum Fellow Harry Cliff, a Collider curator and also a University of Cambridge physicist on the LHCb experiment.

Down a flight of stairs from the ground floor of the museum, the scene is set with a room covered in wallpaper made to look like chalkboards, covered in the scrawls of scientists working through complicated equations. Artifacts from the annals of particle physics are on display—including a magnet from Fermi National Accelerator Laboratory’s Tevatron, the previous holder of the record for world’s biggest accelerator, and an accelerating cavity from the Large Electron Positron collider, the previous occupant of the LHC’s 17-mile tunnel.

Visitors are invited to step into the “world’s greatest experiment” in timed groups. The first stop is a recreation of CERN’s main auditorium, where the leaders of two LHC experiments, ATLAS and CMS, announced the discovery of the Higgs boson on July 4, 2012.

Life-size projections of various physicists appear on the wall; they welcome the group to a moment prior to that date, an exclusive meeting in which the members of the CMS collaboration first saw the plots depicting the Higgs boson. The anxiety and excitement build, with each physicist taking a turn to explain their work leading to that moment—the personal triumphs and the collective effort—until a scientist breathes with relief, “We have it.”

These human elements threaded through out the exhibit were a favorite feature for museum visitor Edward Craig, who came on vacation from Newcastle.

“It’s like good science fiction, but it’s actually happening. It’s completely mind-bending,” Craig says. “You can see how these big brains came together to do this big science.”

On the wall, the projections carry on with work. Physicist and television personality Brian Cox makes a cameo to take coffee orders in the control room of the LHC and the visitors are released to explore on their own.

“The exhibit has an impressively wide selection of objects, from the theoretical background, to the accelerator science, to the detectors, to the analysis and discovery,” says Aidan Randle-Conde, a postdoctoral researcher at the Universite Libre in Brussels who did his doctoral research on the ATLAS experiment.

While preparing the exhibit, the Collider team visited CERN several times and photographed extensively to ensure an accurate and authentic depiction of the laboratory, from the scuffed cement walls of the LHC tunnel to the cardigan tossed over the back of a doctorate student’s chair. The museum team even constructed an exact replica of a CERN hallway—detailed with posters for physics conferences and tongue-in-cheek science comics highlighted with fluorescent lights.

One office is open for visitors to examine. The requisite coffee machine is present, as is a projection of a stressed-out and sleep-deprived graduate student. The projection nervously eyes her computer, clicking refresh. She tells the visitors that it’s 5 a.m. and she’s waiting to see the results of a final analysis.

“My view of things at CERN was all about the analysis,” Randle-Conde says. “They managed to capture the feeling quite well—the late nights, the untidy office and the sense of enormity of that moment.”

The projection holds her breath and then sighs. She’s one of the very first people to see that her experiment has uncovered the Higgs boson.

“It’s easy to miscommunicate the physics, or to dumb it down too much,” Craig says. “But this exhibit doesn’t do either. It clearly links the engineering, the physics and the people. It’s an amazing production.” 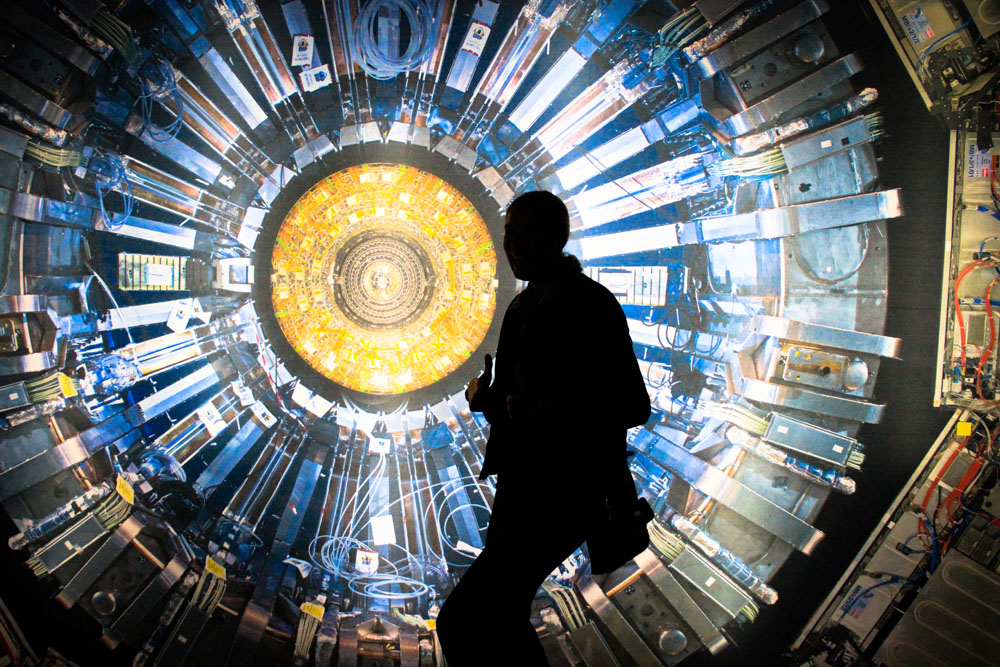 Noemi Caraban Gonzalez, CERN
Like what you see? Sign up for a free subscription to symmetry!
Follow
Use your browser’s print dialog box to create a pdf.
Popular on symmetry