Somewhere inside the CERN Computing Centre lurk a werewolf, a gorilla, a leprechaun and other tiny exotic creatures. How many can you find? 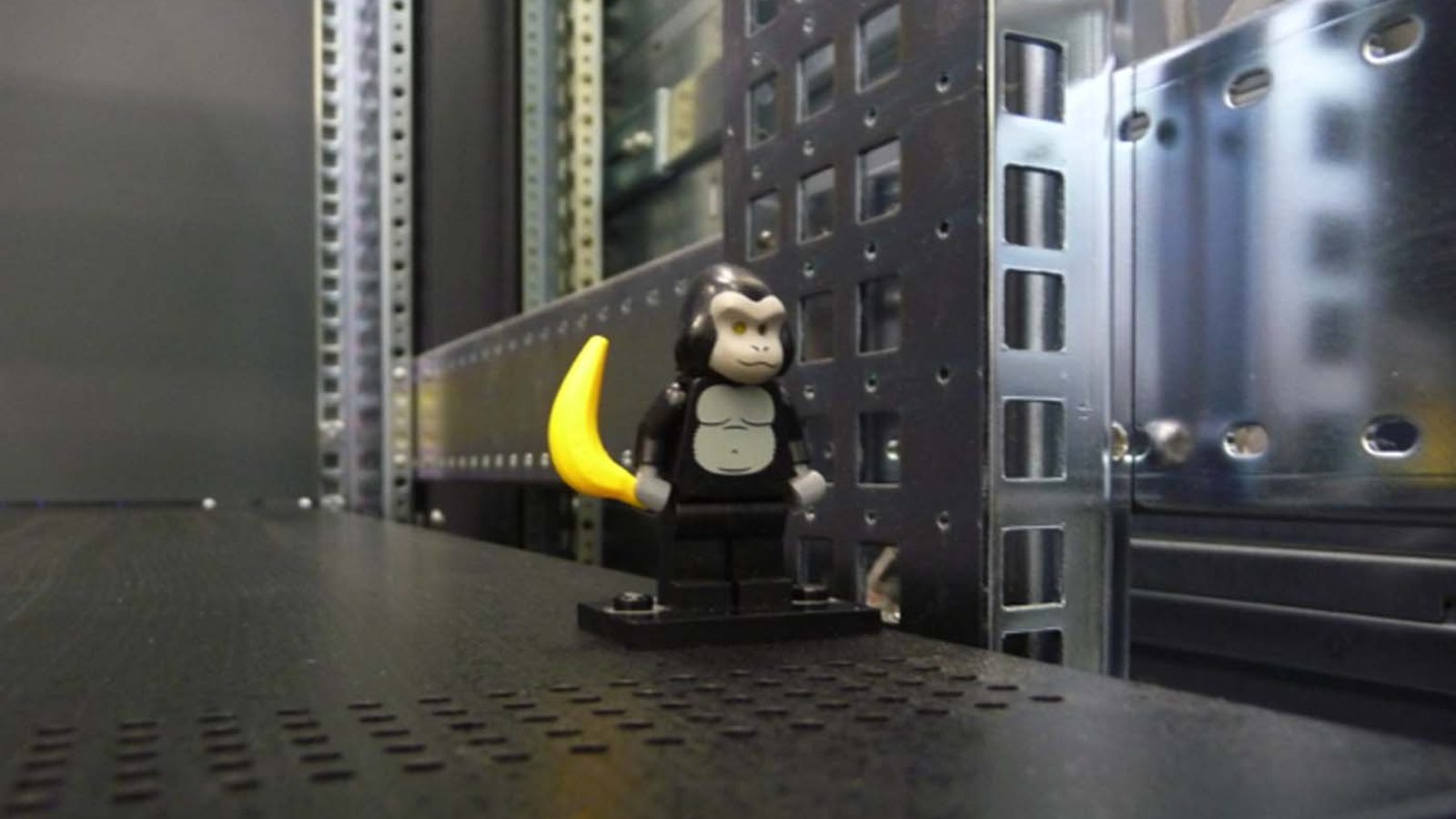 Stefan Lüders—CERN’s computer security officer—loves Legos. He started collecting them as a kid and later continued the tradition with his son. Now they have a couple of hundred sets.

So when Google Street View visited CERN in March 2012 to image the Computing Centre, he had an idea.

“I was thinking: What would show that we are serious about science but still a little nerdy?” Lüders says.

Two hours before the Google camera was set to roll, Lüders and other members of the CERN IT department meticulously positioned Lego figurines all over the CERN Computing Center—evenly distributed across both levels, on top of racks and servers, on the floor and perched high on shelves.

Hiding among the equipment are aliens, a werewolf, a gorilla, a leprechaun, a pharaoh, a skater, a skier and many other characters. Lüders hid around 40 figurines, though not all were captured by Google Street View. He expects around 20 are visible, though particularly discerning seekers might find more.

Over the holidays, CERN is sponsoring a global competition that invites anyone with a keen eye and a little free time to hunt for these Lego figurines using Google Street View.

Participants that find and capture screen shots of at least three of these Lego figurines will be entered to win a gift of their choice from the CERN Gift Guide.

The competition is open until January 31, 2014. Two winners will be selected—one from CERN and one from the general public. Winners will be contacted by e-mail and announced in the CERN Bulletin shortly thereafter. Screen shots must be emailed to TreasureHunt-ComputingCentre@cern.ch.

“Have fun,” Lueder says. “Go and hunt for them, smile when you find them. Good luck!”