US institutions are working with the SHINE experiment at CERN to better understand the particle interactions that produce neutrinos. 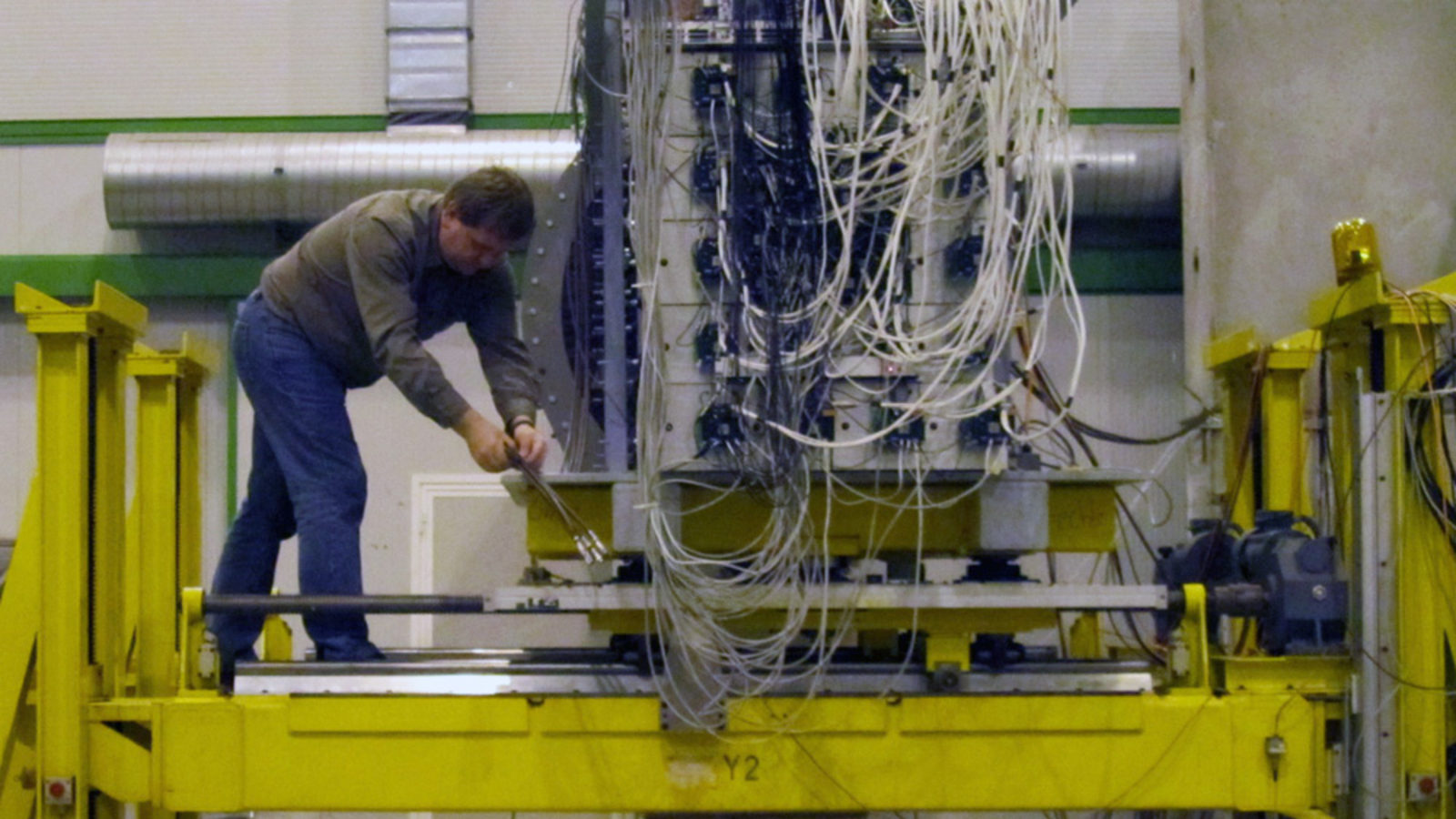 A new partnership between scientists from US institutions and CERN could improve results from neutrino experiments around the world. The scientists hope to use equipment at CERN to gain a more precise understanding of the process of creating a neutrino beam.

Neutrinos are neutral in charge, so scientists cannot manipulate them with magnets in a particle accelerator. To create a neutrino beam, researchers accelerate positively charged protons and smash them into a fixed target made of beryllium or carbon. The resulting particle interactions produce pions and kaons, which also have charge. Physicists steer these particles into beams, at which point they decay into chargeless neutrinos.

Scientists from Fermilab, Los Alamos National Lab, University of Colorado, University of Pittsburgh and the College of William and Mary set out to sharpen their understanding of the initial interaction between the protons and the target. As neutrino research progresses, it is essential to have an even finer knowledge of these interactions to reduce errors in data taking. This will allow the collection of precise measurements for experiments such as Fermilab’s MINOS, MINERvA and the proposed Long-Baseline Neutrino Experiment, along with the T2K experiment in Japan.

The scientists discovered that they did not have to build a new experiment to make this type of measurement; it is already within the capabilities of another experiment at CERN. The SHINE experiment’s detector was designed to study strongly interacting matter, quark-gluon plasma and the production of composite particles. But it can also track and measure particles produced during the first step of the neutrino-beam-creation process: when protons collide with a fixed target. Researchers from the United States visited CERN this summer to try it out.

Neutrinos are evasive particles that are roughly a million times lighter than an electron. They rarely interact with other particles, which means they can travel across the universe uninhibited. This makes them particularly attractive to scientists who can observe them. Neutrinos emitted from a far-off or volatile environment such as a supernovae or the sun can provide scientists valuable information about their source.

“SHINE recognizes the potential importance of the new measurements proposed by the US groups for the Fermilab neutrino program, and, therefore, it is helping the US groups in the preparatory phase,” SHINE physicist Marek Gazdzicki says. “The collaboration between SHINE and the US groups is developing very well, and already now both communities have profited from it.”

This isn't the first time neutrino researchers based in the United States have partnered with experiments based at CERN, says Los Alamos physicist Geoffrey Mills, who organized the SHINE pilot run at CERN: "In 2002, a similar collaboration with the HARP experiment at CERN greatly enhanced Fermilab's booster neutrino program."

University of Pittsburgh physicist Vittorio Paolone says the US institutions are doing their best to give back to their hosts at SHINE.

“It’s a nice symbiotic relationship, and it’s going to help both experiments,” Paolone says. “We’re trying to reciprocate by helping with the detector and their calibration, actually contributing to the running of the experiment. We’re trying to participate as full collaborators as much as possible.”

Paolone says he is hopeful the US scientists can implement preliminary findings within a year. They will begin the bulk of their research in 2015 when the Large Hadron Collider starts up again after a planned long shutdown. They expect to collaborate with SHINE over a five-year period.