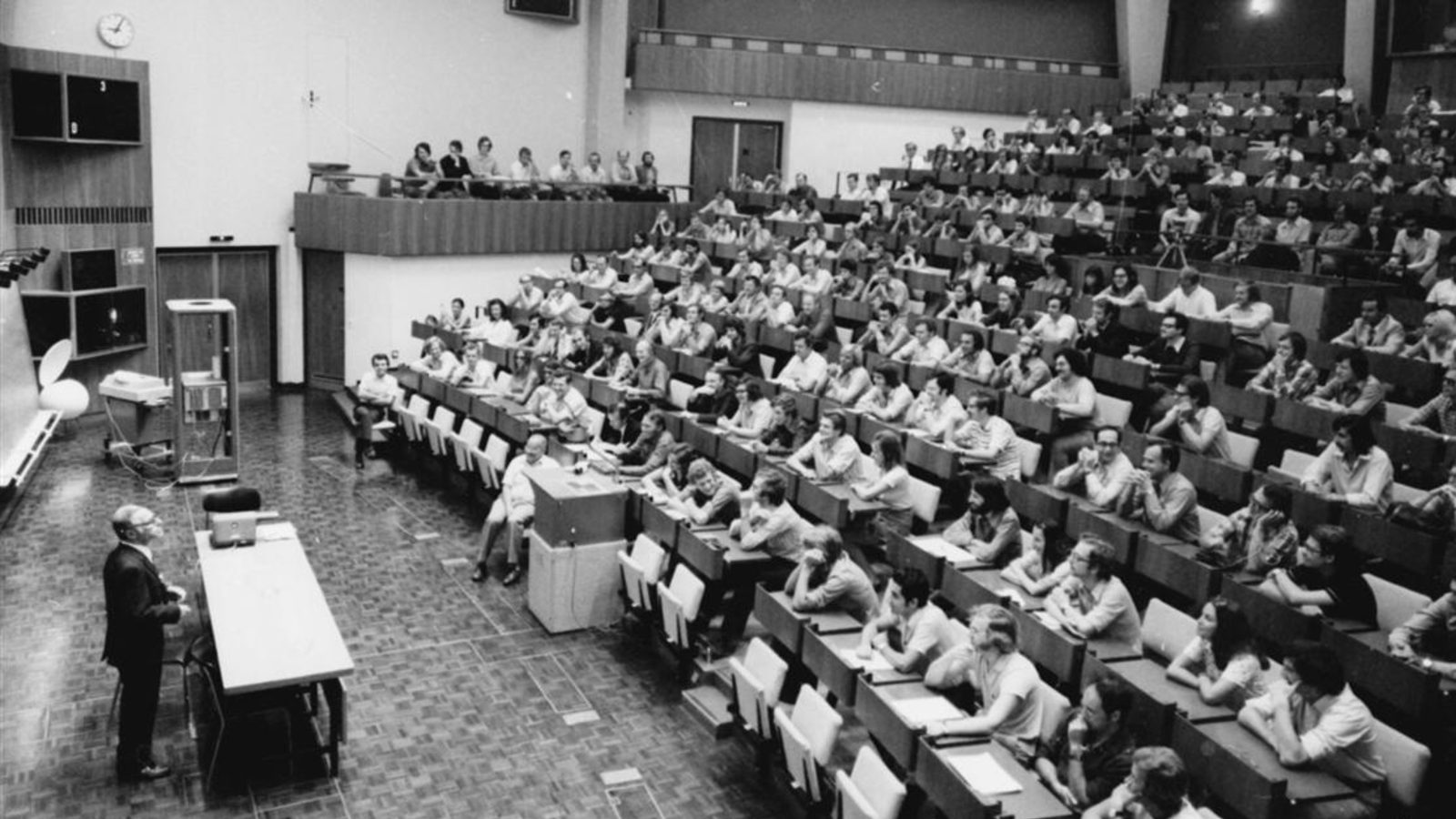 Klein, a Dutch mathematician, was capable of much more fantastic feats of enormous calculation. In 1976, he took two minutes and 43 seconds to calculate the 73rd root of a 500-digit number, earning him a spot in the Guinness Book of World Records.

During his 18 years at CERN from 1958-1976, Klein became known as the laboratory’s first computer. He completed for physicists difficult calculations that otherwise might have taken hours, days or longer. The same year Klein arrived, CERN installed its first electronic computer: the Ferranti Mercury. It was less powerful than a modern hand-held calculator. As computers struggled to meet the the increasingly complicated mathematical demands of CERN physics, Klein raced ahead with calculations for his colleagues.

Once computers advanced, Klein became their complement. Time with a computer was still scarce for physicists, so anything to reduce their demands was helpful. Klein’s role turned to simplifying numerical problems before feeding them into a machine. 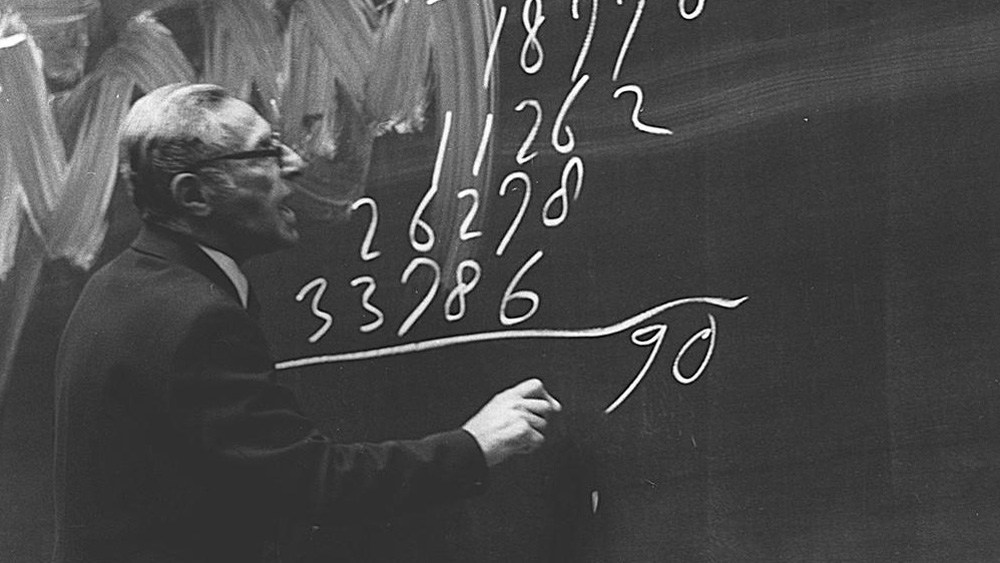 “Physics, technology and analysis have evolved together,” says Robert Fountain, a British nuclear physicist and modern-day mental calculator. “In earlier times, physics-related calculations could be undertaken by a numerate physicist. There was a small window of opportunity for Klein, just as computers of the machine type started to be used by physicists.”

While many people who compete are naturally gifted with numbers, Fountain says it is mostly a talent gained through hard work. Klein himself spent hundreds of hours committing multiplication tables and prime numbers to memory.

“What made such an impression on me was not the difficulty of the calculations Klein performed or the speed at which he gave the answers, but the manner in which he calculated. By the very evident effort involved, I could see it was no trick—it was a skill, and therefore something I could learn to do myself,” Fountain says.

Now that computers have largely replaced people in this capacity, mental calculators take on challenges more reminiscent of Klein’s early days—entertainment. Each year, mental calculators flock to international competitions where the most talented is crowned the winner. Although he died more than 25 years ago, Klein still has a strong influence in the calculator community, where many people continue to be inspired by his work.

“When I saw Klein on TV for the first time, I was 11. I had already a reputation for being good with numbers, so I was quite shocked to see someone far superior to myself,” Fountain says. “From that moment I wanted to be the best calculator in the world—an entirely acceptable ambition for an 11-year-old."

German psychologist Gert Mittring is also a part of the new generation of mental calculators. He has 24 world records for calculation and has won first place in the Mind Sports Organization mental calculation competition every year since 2004. During a phone interview, he asks for two numbers with three digits. He multiplies them almost instantly.

“I have a calculator here,” he jokes.

Like Fountain, he will always remember Klein as his inspiration.

“He was, for me, a fantastic father in mental calculations,” says Mittring, who met Klein six or seven times. “He was extremely powerful; one of the best I’ve ever seen.”