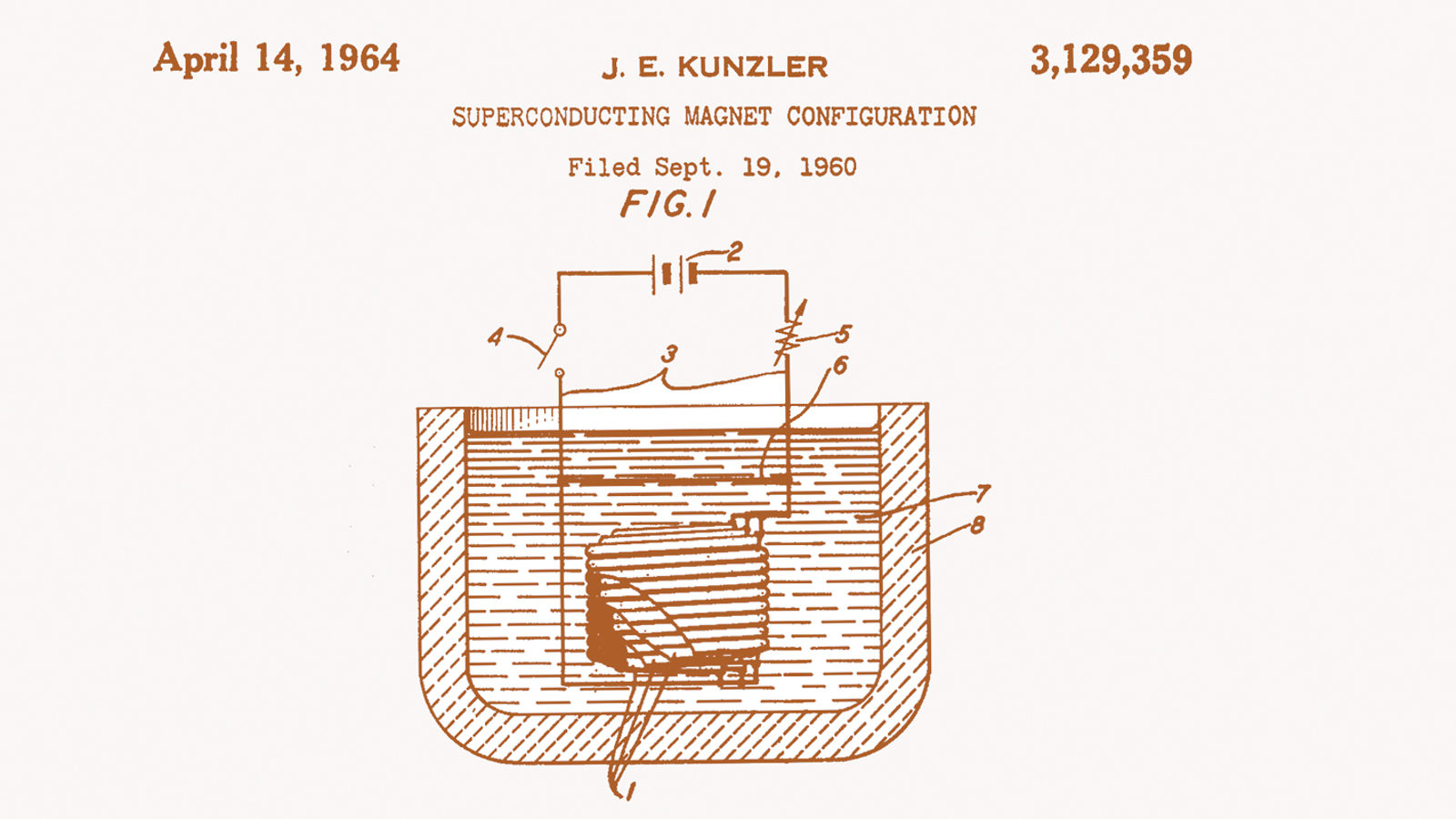 US Patent and Trademark Office

Today's MRI machines and particle accelerators wouldn’t exist without superconducting electromagnets, which generate powerful magnetic fields at a fraction of the energy cost of conventional electromagnets. The road to the first patent for this technology took nearly six decades and ended in a photo finish.

Heike Kamerlingh Onnes discovered superconductivity in 1911, when he cooled mercury to near-absolute zero and found its electrical resistance disappeared. However, when he wound superconducting lead wire into a coil and ran current through it to generate a magnetic field, the superconductive property vanished at magnetic fields only a few times stronger than that of a refrigerator magnet.

In 1954, G.B. Yntema at the University of Illinois and, in 1959, Stanley Autler at MIT, independently wound superconducting coils with cold-worked niobium and produced magnetic fields close to 10 kilogauss, an order of magnitude higher than before. The gauss race was on. The prize went to metallurgist John E. Gene Kunzler, whose group at Bell Labs produced 15 kilogauss using an alloy of molybdenum-rhenium. Kunzler filed for a patent (see image) on September 19, 1960, beating Autlers patent filing by 15 days. Kunzlers patent was issued first, on April 14, 1964.

Those tiny, primitive magnets were, of course, terribly unstable, John Hulm, who led a Westinghouse group, said in a 1982 talk. One had to have faith to believe that these erratic toys of the low temperature physicist would ever be of any consequence as large engineered devices.

The construction of Fermilabs Tevatron accelerator in the 1970s—with 1020 magnets containing enough superconducting wire to circle the Earth 2.3 times—created a new industry that went on to supply wire and cable for an emerging medical technology that also needed powerful superconducting magnets: magnetic resonance imaging, or MRI. 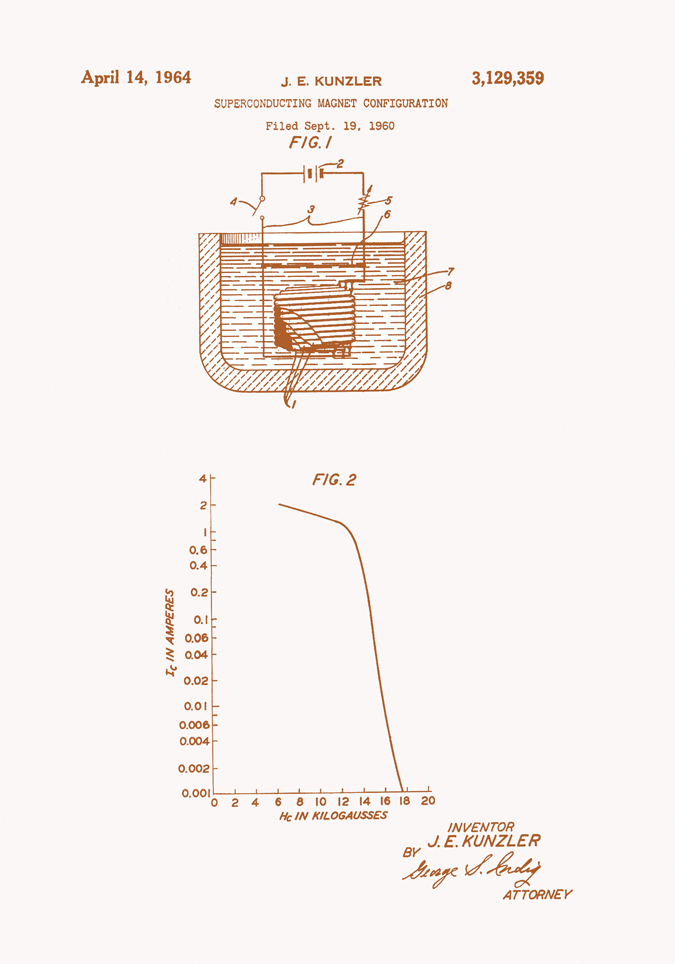 US Patent and Trademark Office
Follow
Use your browser’s print dialog box to create a pdf.
Popular on symmetry