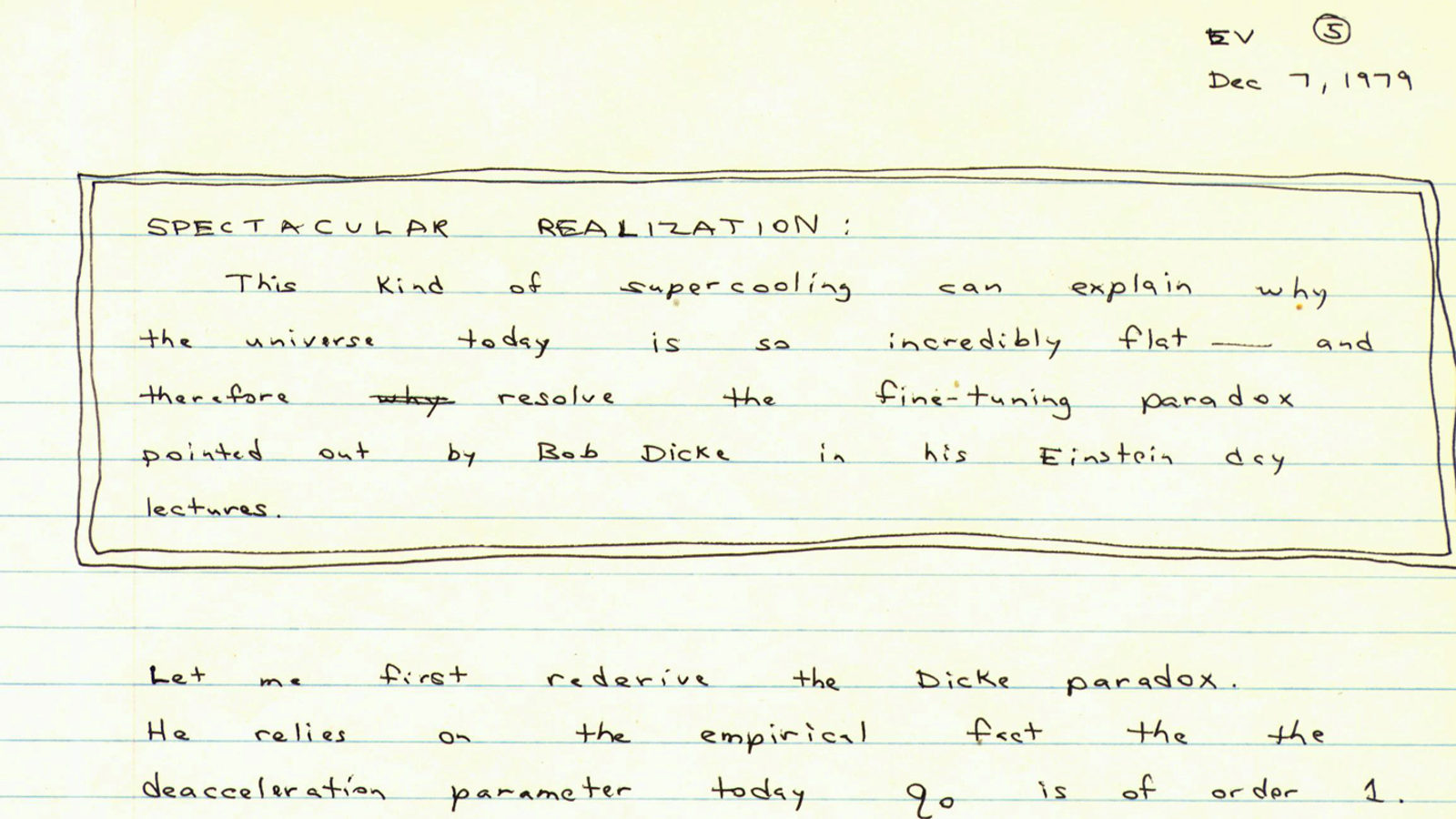 Alan Guth and the Adler Planetarium and Astronomy Museum in Chicago

In 1978 Alan Guth heard about the “flatness problem” of the universe while attending a talk on cosmology—a field he was only marginally curious about. A year later, Guth found a solution.

At the beginning of the big bang, for an incredibly small fraction of a second, the universe could have expanded exponentially fast, rapidly transforming curved space into flat one. Quickly running out of energy, the expansion would slow down, eventually reaching today’s sluggish pace. Such an initial explosive rush, which Guth later called inflation, could solve a number of cosmic paradoxes (see Growth of Inflation).

Although scientists still debate the driving force behind inflation—Guth soon realized his original idea of “supercooling” wouldn’t work—the concept of inflation has become the leading theme and the crux of modern cosmology.

Guth’s notebook is now part of a permanent exhibit at the Adler Planetarium and Astronomy Museum in Chicago. 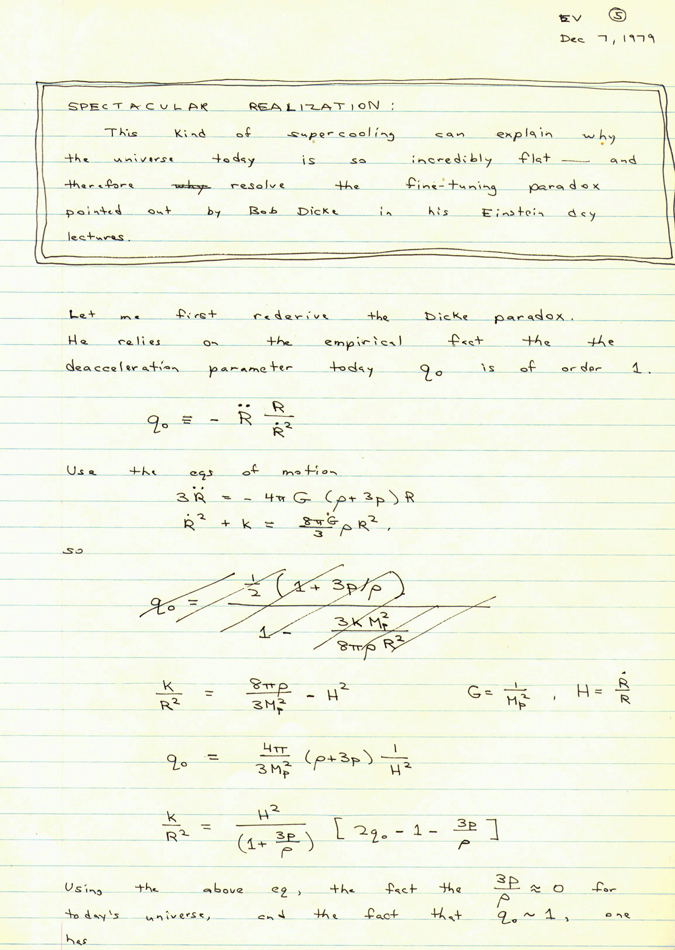 Alan Guth and the Adler Planetarium and Astronomy Museum in Chicago

So, after a few of the most productive hours I had ever spent at my desk, I had learned something remarkable. Would the supercooled phase transition affect the expansion rate of the universe? By 1:00 a.m. I knew the answer: Yes, more than I could have ever imagined.