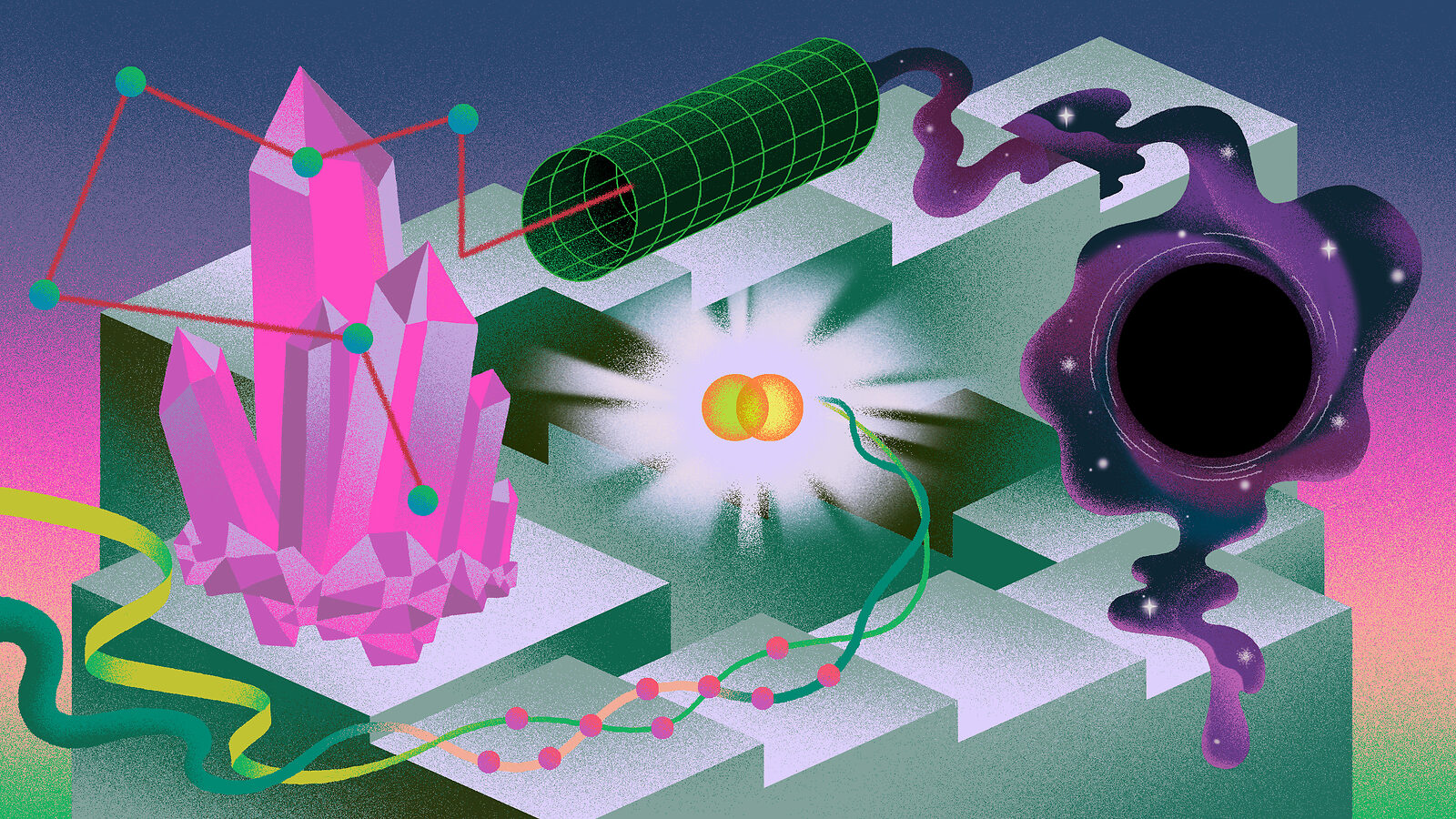 Dark matter is perhaps the most abundant material in the cosmos, estimated to outweigh regular matter 5-to-1. And still, despite dozens of attempts to find it, dark matter has had as many confirmed direct sightings as a yeti—zero.

By some estimates, billions of dark matter particles pass straight through our bodies every day. But scientists believe dark matter interacts only very weakly with other matter. It’s thought that among the multitude of dark-matter particles that travel through Earth every month, perhaps only one collides with an atomic nucleus.

Since such collisions would be so rare, scientists use massive, megaton detectors with supersized, crystaline arrays or giant vats of purified liquids, such as xenon, to try to catch them. Dark matter careening into nuclei in these detectors would cause flashes of light, live snapshots of particles that are otherwise invisible.

Now researchers have proposed a new way to look for dark matter, one that leverages time over size. Instead of waiting for dark matter to come to them, these scientists hope to discover ancient signs of it in minerals buried deep in the Earth. A small, billion-year-old mineral sample might work better than a new, thousand-pound detector, the scientists behind the work say.

“I think building bigger and bigger is not necessarily better,” says Andrzej Drukier, a physicist at Stockholm University who—along with Sebastian Baum, Katherine Freese, Maciej Górski and Patrick Stengel—is one of the original researchers behind the so-called paleodetectors. “We need some new class of detectors.”

The work of developing the idea for paleodetectors received support from the US Department of Energy and the University of Michigan. 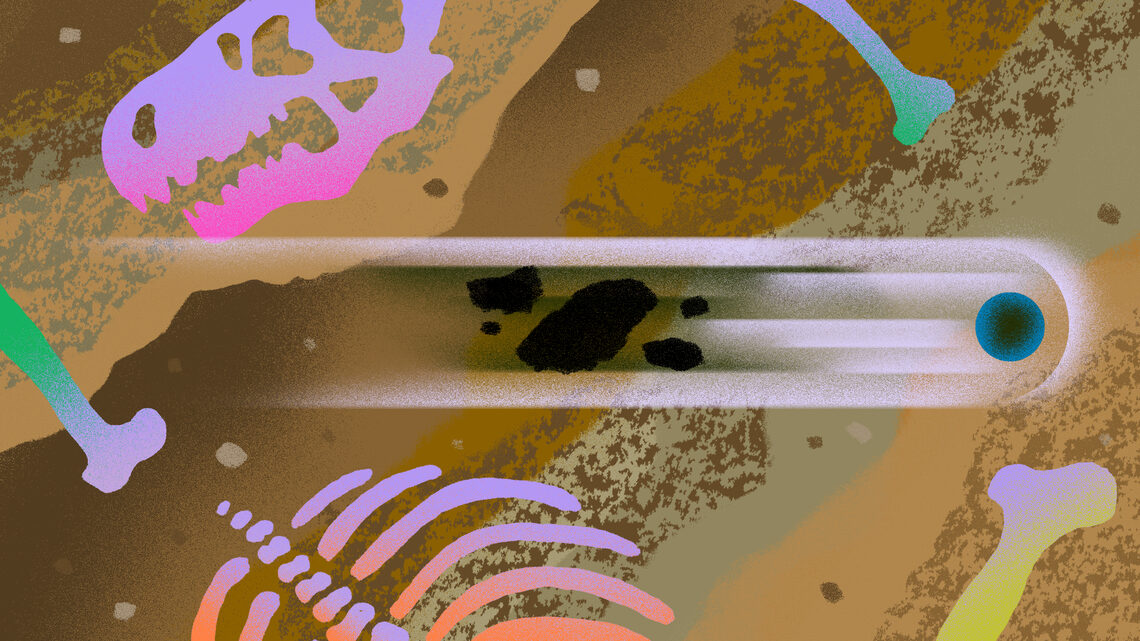 Goliath or the grandparent

Dark-matter detectors look for the fallout caused by an invisible dark-matter particle as it hits a nucleus. Whether in a liquid detector or ancient rock, this collision—and the resulting transfer of energy—is expected to leave a mark. For liquid detectors, scientists look for the brief flashes as atoms are ionized. In the case of the rock, such a collision would cause the nucleus to shoot off, leaving a tiny trail only tens of nanometers long but permanently etched in stone.

The paleodetector researchers have estimated that it would take only a 100-gram sample of billion-year-old rock to find such signatures. Using new technology, such as helium-ion beam microscopy or small-angle X-ray spectroscopy, scientists could measure tracks in a rock to learn more about the dark-matter particles that passed there. Since the track length would correspond to particle mass, scientists could use the tracks to differentiate dark-matter particles from other particles such as neutrons and neutrinos, and to determine their mass.

High-energy particles like cosmic rays could also leave footprints. But these could be avoided by digging up rocks from deep underground, where such particles could not readily penetrate.

A bigger issue for contamination would be from within the Earth itself. Radioactive decay from uranium, which does exist deep underground, could similarly leave marks in rock.

To find a way to avoid this, the scientists spent months studying thousands of minerals in search of the perfect canvas for dark matter. They eventually closed in on marine evaporates, such as halite, which form out of sea water and are less likely to contain uranium.

“We worked very hard to define materials that would be optimal for not having too much radioactive decay from uranium,” says Freese, a theoretical astrophysicist at the University of Texas, Austin. “We're very careful with dealing with that problem.” 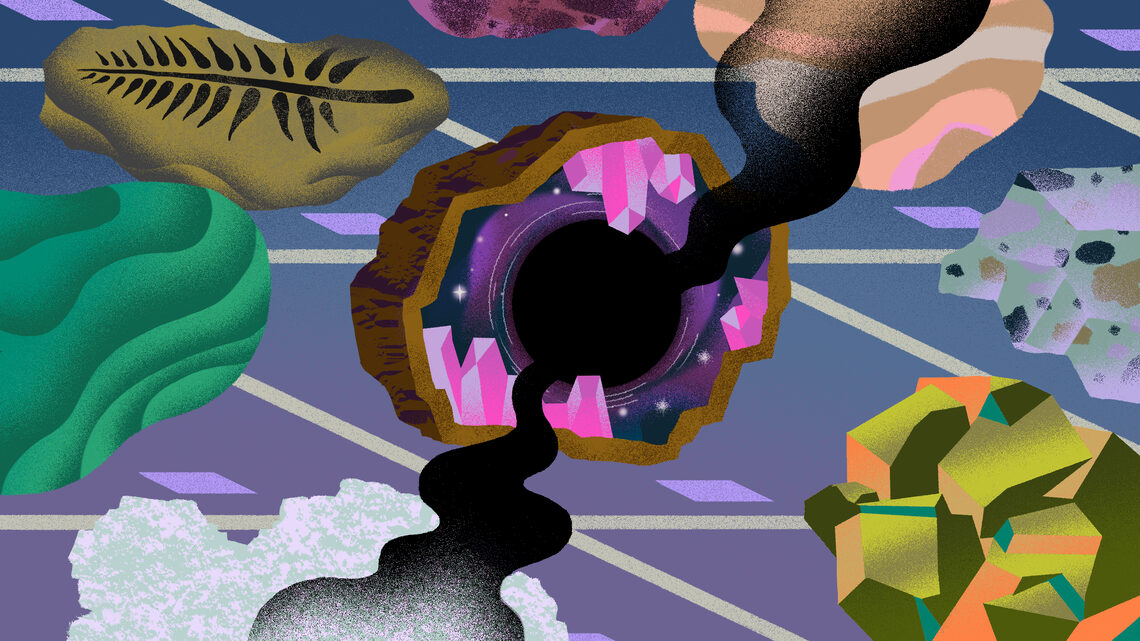 A brave idea for WIMPs

The proposed paleodetector would probe a larger range of WIMP masses than can be measured with existing detectors—from about half the mass of a proton to 10,000 times larger (0.5 to 10,000 billion electronvolts).

“Where we really make a big difference is in the smaller masses, because the current detectors can't do low mass very well,” Freese says.

Freese notes that, if a paleodetector does not detect WIMPs, “it’s not going to rule them out. No currently proposed experiment will rule them out completely.”

Experiments with paleodetectors could also be somewhere between 10 to 50 times less expensive than conventional experiments. Members of the paleodetector group say samples would need to originate at least 5 kilometers underground, and existing scientific boreholes that could supply such samples already surpass 12 kilometers.

However, as the group acknowledges, the experiment would be a long shot. No one knows if a sample would show anything. Beyond that, no one knows whether dark matter is really made of WIMPs. Some scientists have switched their bets to candidate particles called axions, which would have such incredibly small interactions that even paleodetectors couldn’t record them.

“This idea is significantly different from conventional direct-detection methods,” says Valentina De Romeri, a theoretical physicist at the Instituto de Física Corpuscular (CSIC/University of Valencia) who has not been involved with the paleodetector work. “I believe that it is important to think out of the box and we should acknowledge the inventiveness of physicists trying to untangle the dark-matter puzzle in all possible ways. The more proposed methods to search for dark matter, the more chances we have to finally shed light on this mystery.”

For now, the paleodetector idea remains an unproven approach. But the scientists pursuing the concept are hopeful that they can collaborate with experts in experimental particle physics and geology to see if WIMPs really are written in stone.