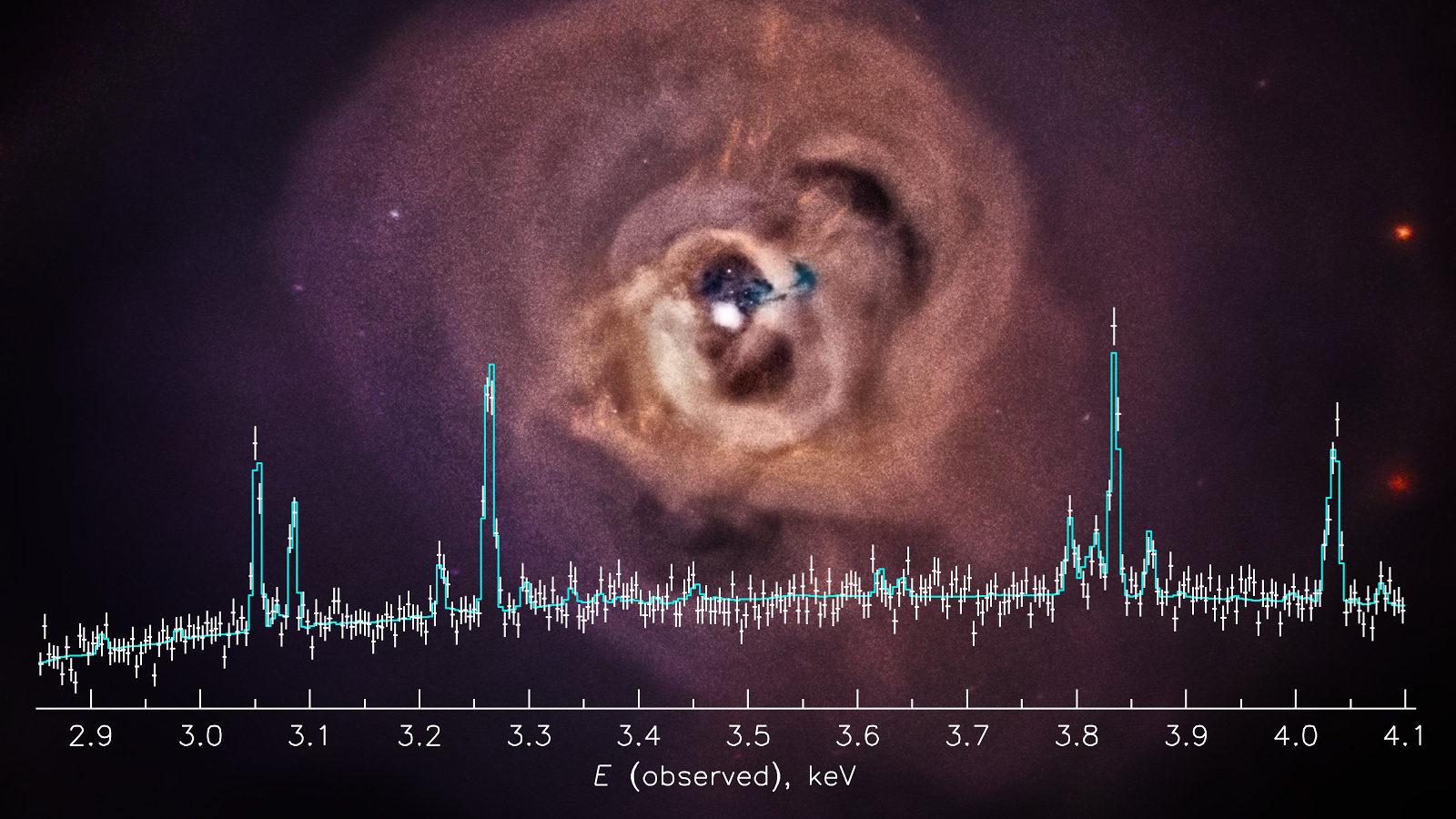 In the final data sent by the Hitomi spacecraft, a surprisingly large X-ray signal previously seen emanating from the Perseus galaxy cluster did not appear. This casts a shadow over previous speculation that the anomalously bright signal might have come from dark matter.

“We would have been able to see this signal much clearer with Hitomi than with other satellites,” says Norbert Werner from the Kavli Institute for Particle Astrophysics and Cosmology, a joint institute of Stanford University and the Department of Energy’s SLAC National Accelerator Laboratory.

“However, there is no unidentified X-ray line at the high flux level found in earlier studies.”

Werner and his colleagues from the Hitomi collaboration report their findings in a paper submitted to The Astrophysical Journal Letters.

The mysterious signal was first discovered with lower flux in 2014 when researchers looked at the superposition of X-ray emissions from 73 galaxy clusters recorded with the European XMM-Newton satellite. These stacked data increase the sensitivity to signals that are too weak to be detected in individual clusters.

The scientists found an unexplained X-ray line at an energy of about 3500 electronvolts (3.5 keV), says Esra Bulbul from the MIT Kavli Institute for Astrophysics and Space Research, the lead author of the 2014 study and a co-author of the Hitomi paper.

“After careful analysis we concluded that it wasn’t caused by the instrument itself and that it was unlikely to be caused by any known astrophysical processes,” she says. “So we asked ourselves ‘What else could its origin be?’”

One interpretation of the so-called 3.5-keV line was that it could be caused by hypothetical dark matter particles called sterile neutrinos decaying in space.

Yet, there was something bizarre about the 3.5-keV line. Bulbul and her colleagues found it again in data taken with NASA’s Chandra X-ray Observatory from just the Perseus cluster. But in the Chandra data, the individual signal was inexplicably strong—about 30 times stronger than it should have been according to the stacked data.

Adding to the controversy was the fact that some groups saw the X-ray line in Perseus and other objects using XMM-Newton, Chandra and the Japanese Suzaku satellite, while others using the same instruments reported no detection.

Astrophysicists highly anticipated the launch of the Hitomi satellite, which carried an instrument—the soft X-ray spectrometer (SXS)—with a spectral resolution 20 times better than the ones aboard previous missions. The SXS would be able to record much sharper signals that would be easier to identify. 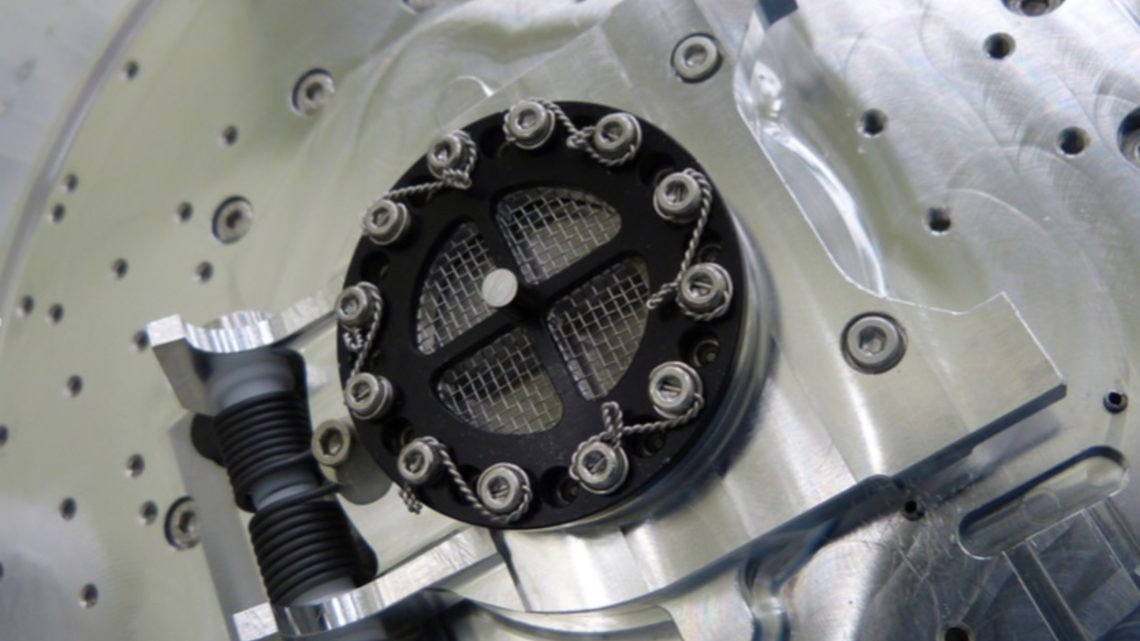 Hitomi recorded the X-ray spectrum of the Perseus galaxy cluster with the protective filter still attached to its soft X-ray spectrometer.

The new data were collected during Hitomi’s first month in space, just before the satellite was lost due to a series of malfunctions. Unfortunately during that time, the SXS was still covered with a protective filter, which absorbed most of the X-ray photons with energies below 5 keV.

“This limited our ability to take enough data of the 3.5-keV line,” Werner says. “The signal might very well still exist at the much lower flux level observed in the stacked data.”

Hitomi’s final data at least make it clear that, if the 3.5-keV line exists, its X-ray signal is not anomalously strong. A signal 30 times stronger than expected would have made it through the filter.

The Hitomi results rule out that the anomalously bright signal in the Perseus cluster was a telltale sign of decaying dark matter particles. But they leave unanswered the question of what exactly scientists detected in the past.

“It’s really unfortunate that we lost Hitomi,” Bulbul says. “We’ll continue our observations with the other X-ray satellites, but it looks like we won’t be able to solve this issue until another mission goes up.”

Chances are this might happen in a few years. According to a recent report, the Japan Aerospace Exploration Agency and NASA have begun talks about launching a replacement satellite.

Before Hitomi died, it sent X-ray data that could explain why galaxy clusters form far fewer stars than expected.