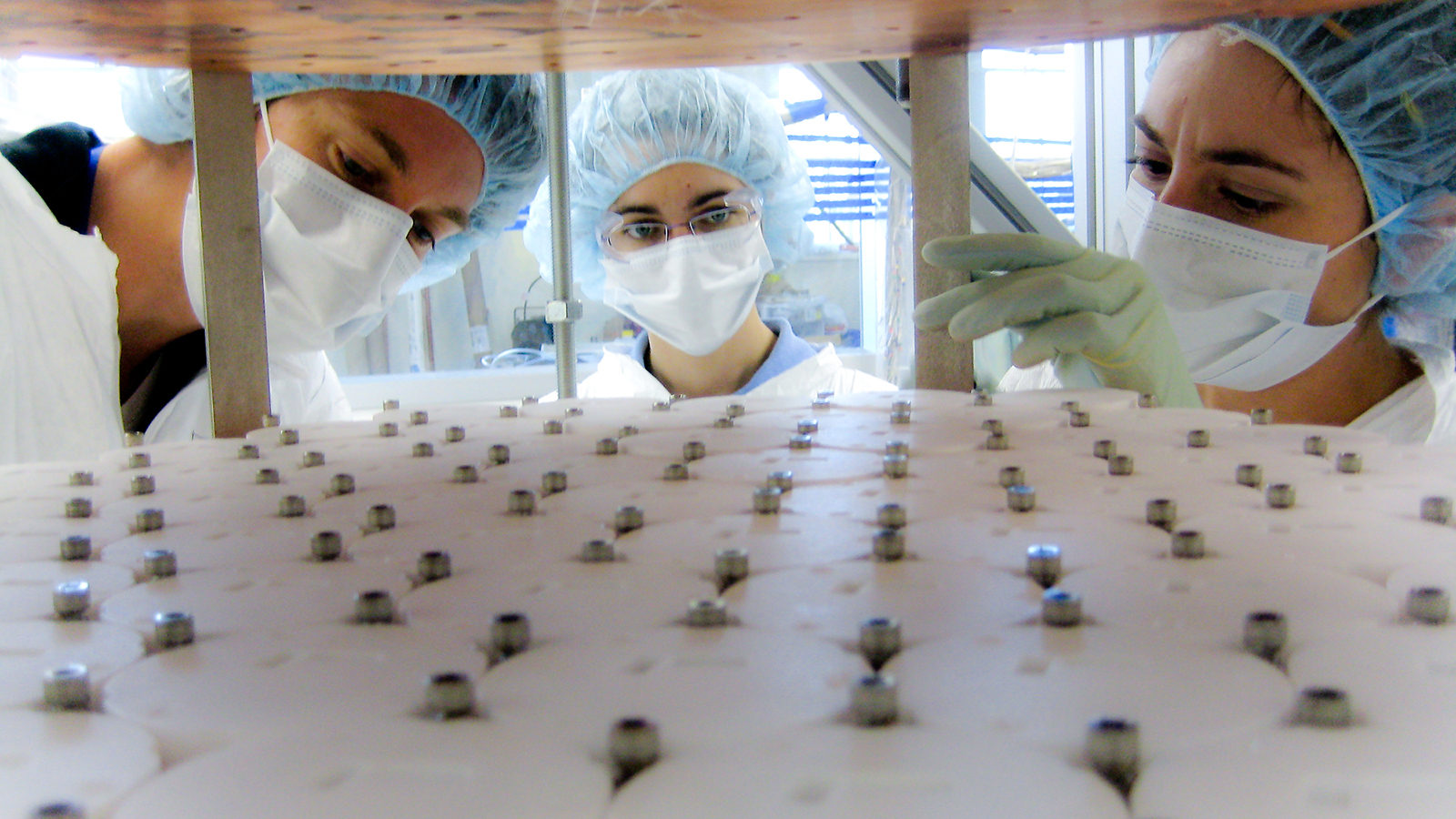 After completing its final run, scientists on the Large Underground Xenon (LUX) experiment announced they have found no trace of dark matter particles.

The new data, which were collected over more than 300 days from October 2014 to May 2016, improved the experiment’s previous sensitivity four-fold.

“We built an experiment that has delivered world-leading sensitivity in multiple new results over the last three years,” says Brown University’s Rick Gaitskell, co-spokesperson for the LUX collaboration. “We gave dark matter every opportunity to show up in our experiment, but it chose not to.”

Although the LUX scientists haven’t found WIMPs, their results allow them to exclude many theoretical models for what these particles could have been, narrowing down future dark matter searches with other experiments.

“I’m very proud of what we’ve accomplished,” says LUX co-founder Tom Shutt from the Kavli Institute for Particle Astrophysics and Cosmology, a joint institute of Stanford University and the Department of Energy’s SLAC National Accelerator Laboratory. “The experiment performed even better than initially planned, and we set a new standard as to how well we can take measurements, calibrate the detector and determine its background signals.”

Scientists have yet to directly detect dark matter, but they have seen indirect evidence of its existence in astronomical studies.

Located one mile underground at the Sanford Underground Research Facility in South Dakota, LUX had been searching since 2012 for what are called weakly interacting massive particles, or WIMPs. These hypothetical particles are top contenders to be the building blocks of dark matter, but their existence has yet to be demonstrated.

WIMPs are believed to barely interact with normal matter other than through gravity. However, researchers had hoped to detect their rare collisions with LUX’s detector material—a third of a ton of liquid xenon.

With the latest gain in sensitivity, LUX has “enabled us to probe dark matter candidates that would produce signals of only a few events per century in a kilogram of xenon,” says Aaron Manalaysay, the analysis working group coordinator of the LUX experiment from the University of California, Davis. Manalaysay presented the new results today at IDM2016, an international dark matter conference in Sheffield in the UK.

After LUX was first proposed in 2007, it became an R&D activity with limited funding and only a handful of participating groups. Over the years it grew from a detector that included parts bought for a few bucks on eBay into a major project involving researchers from 20 universities and national labs in the US, the UK and Portugal.

Over the next months, the LUX experiment will be decommissioned to make room for its successor experiment. The next-generation LUX-ZEPLIN (LZ) detector will use 10 tons of liquid xenon and will be 100 times more sensitive to WIMPs.

“LZ is based on lessons learned from LUX,” Shutt says. “It has been a great advantage to have LUX collect data while designing the new experiment, and some of LZ’s new features are enabled through our experience with LUX.”

Once LZ turns on in 2020, researchers will have another big shot at finding mysterious WIMPs.