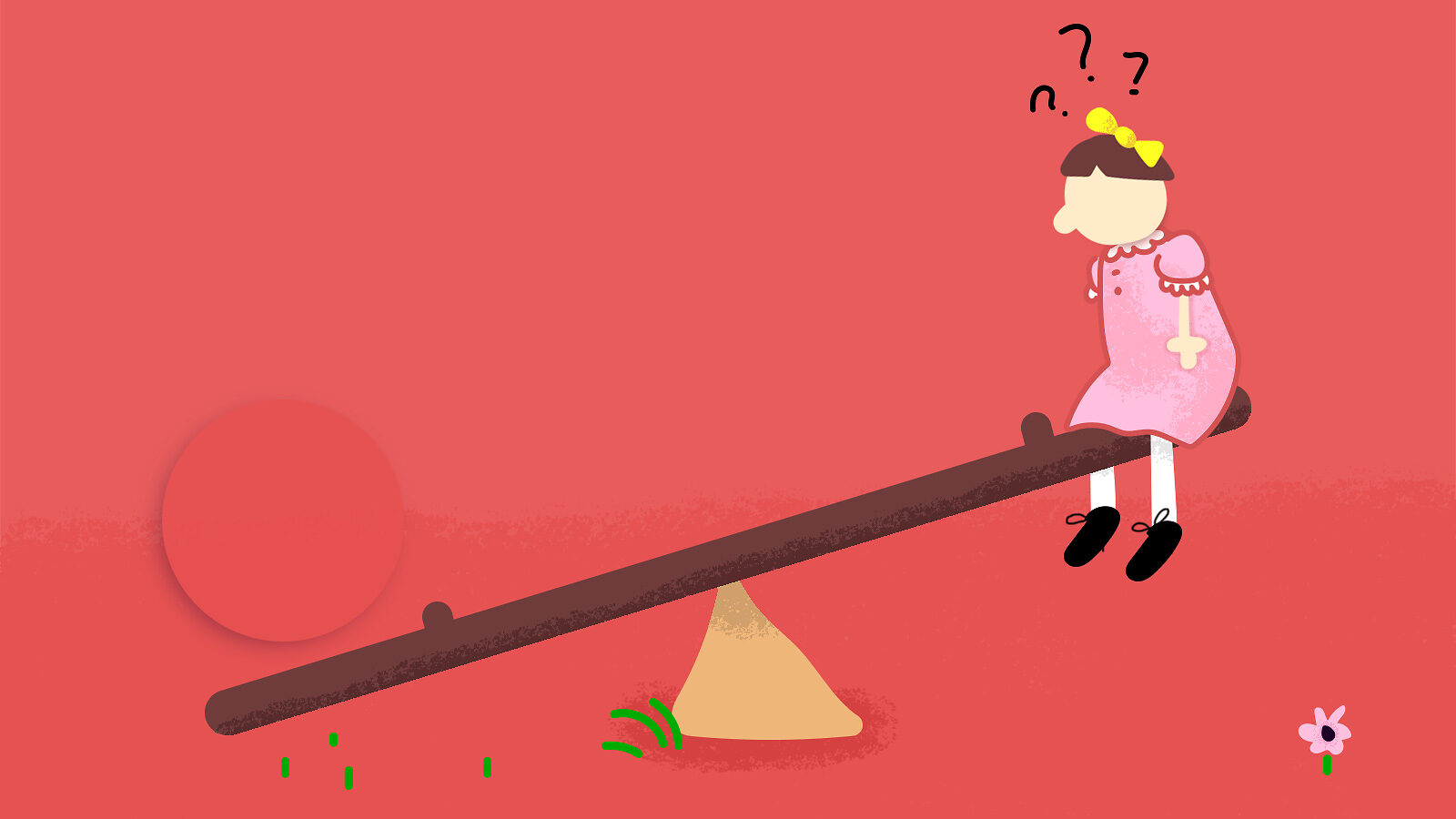 Scientists love a mystery. It’s satisfying when a prediction is shown to be correct, but it’s intriguing when an experiment turns up a result that deviates from expectations.

Several such anomalies have shown up in recent years in particle physics and astrophysics.

Sometimes results like these can be explained by faulty equipment. Sometimes they disappear with more rigorous measurement. But sometimes they stay put and demand to be understood.

What’s interesting about some recent anomalies is that they each have the potential to be explained by the influence of an undiscovered particle or force. Any one of them could be a sign of the existence of dark matter—a mysterious substance that makes up about 85% of matter in our universe.

We call it dark matter—not just because it is impossible to see, but because it’s figuratively opaque. We know very little about it even though it is ubiquitous. We know something is responsible for the clumping of galaxies and the movements of stars, but we have never observed it directly.

Experiments around the world have been designed exclusively to search for this mysterious substance. But it’s not just direct searches that could point us in the right direction. For example, the following anomalies, found in non–dark-matter experiments, may help shed light on this otherwise-dark part of the universe.

The muon (the electron’s heavier cousin) acts strangely in a magnetic field. Earlier this year, Fermilab’s Muon g-2 collaboration announced a measurement of the amount a muon “wobbles” in a magnetic field, upholding a 2001 result. The problem is that both results seem to differ greatly from what the Standard Model predicts.

To understand the wobble of the muon, theorists have made complicated calculations registering the effects of all of the possible fluctuations that could occur. If the experimental measurements and theorists’ predictions hold, it could be that the predictions are missing a particle.

“It turns out, there are some beautiful ideas on how to rectify this problem that also very naturally solve the dark matter problem,” says Jonathan Feng, professor at the University of California, Irvine, who first drew this connection in a paper with Konstantin Matchev a few days after the original 2001 announcement.

Specifically, Feng mentions the neutralino, a dark matter candidate that is predicted by Supersymmetry. If theorists add the influence of virtual neutralinos into the mix, it could alter their prediction in a way that lines up with experimental results.

Of course, there are also explanations that don’t have any direct connections to dark matter, and the anomaly could even disappear as the calculations get more precise.

As the Muon g-2 collaboration continues to take measurements and theorists continue their own calculations, it’s possible that the theoretical and experimental values of g-2 will converge. However, many physicists suspect that this anomaly will remain, and if it does, it may have a natural solution through dark matter.

Our universe is expanding, but the rate of the universe’s expansion, called the Hubble constant (H0), is the subject of one of the biggest disputes in modern cosmology. That’s because the Hubble constant has been calculated using two different methods that yield irreconcilable results.

This tension has existed for decades and persists even as the measurements get more precise. Although one method uses measurements from the “early” universe (shortly after the Big Bang) and the other uses measurements from the “late” universe (closer to present day), they should still arrive at the same value for H0. But with a 9% difference between results, there is either a major experimental error or something is off in our current understanding of the universe.

Could dark matter account for the discrepancy? Sophia Gad-Nasr, a PhD candidate in cosmology at UC Irvine, says it is possible, but only if dark matter decays. “The way that the expansion works is that the amount of matter that we have will… kind of pull against the stretch of dark energy [the mysterious force driving the expansion of the universe],” she says. “So, if you decrease that [amount of matter] by decaying the dark matter, then eventually there will be less matter to combat the pull of dark energy. So that would yield a larger number [for H0], which we are actually seeing right now.”

But, Gad-Nasr points out, if dark matter decays, that has many more implications in other parts of the universe, and things start to get complicated. “We want the simplest explanation that we can have, and I don’t think we’ve come up with one yet,” she says.

Gad-Nasr says she suspects that the discrepancy might lie in our poor understanding of dark energy instead.

One of the most recent curious results that may be linked to dark matter came in 2019 from J-PARC’s KOTO experiment, which studies a very rare decay of a subatomic particle called a kaon. The decay is so rare in predictions based on the Standard Model that the collaboration didn’t expect to see it at all when they began taking data. Surprisingly, they observed four potential occurrences of the decay.

In March 2020, researchers proposed three explanations for the seeming excess, including one that it could be due to a new meta-stable particle. To not violate any other measurements, this new particle would need to decay after about 1 meter, which is characteristic of a particle that frequently occurs in dark matter models.

However, the excess might not hold. The result was presented preliminarily at a workshop in 2019, and further analyses showed that it was not statistically significant.

“We are not ready yet to put all our hopes in this anomaly,” says Felix Kling, a postdoc at SLAC National Accelerator Laboratory, who is working on a dark matter experiment called FASER that will test the KOTO anomaly.

Still, he says, researchers will need to collect more data before they can make a ruling either way.

“If the anomaly is really there, then what we expect to see is that the longer we run, the more signal we see,” he says. “In my own opinion, we should simply keep an eye on future updates from the KOTO collaboration and see what happens.”

In 2010, the Charge Radius Experiment with Muonic Atoms (CREMA) made an incredibly precise measurement of the proton’s radius by shooting a laser beam at (as its name suggests) hydrogen atoms made with muons instead of electrons.

Strangely, the measurement was nearly 4% smaller than the then-official value set in 2006 by the Committee on Data of the International Science Council (CODATA), derived from multiple spectroscopy experiments that used ordinary hydrogen. The discrepancy persisted even as CODATA updated their value every four years. By 2017, additional experimental measurements were also showing support for CREMA’s smaller proton radius.

The unexpected result caused excitement among theorists. Why did the different experimental methods produce such disparate values? Some wondered if “new physics”—like dark matter—was causing a difference between the ways that electrons and muons behave, resulting in the discrepancy between radius measurements with ordinary and muonic hydrogen. Perhaps, as some theorists have suggested, there is a new dark-matter particle that interacts with muons and not electrons, which could solve both the proton radius puzzle and the Muon g-2 anomaly.

It's a possibility, though it might not be necessary anymore: In 2019, a spectroscopy experiment using ordinary hydrogen measured a smaller proton radius that agreed with the muonic measurement, suggesting that the puzzle is solved. Still, other spectroscopy experiments continue to yield the larger radius, leading some physicists to believe it’s not over yet.

How will we know?

Ultimately, only time—and more precise measurements and predictions—will tell whether these anomalies stick around.

“We need more developments both on the theory and experimental grounds,” says JiJi Fan, a theoretical physicist and professor at Brown University. “We need other hints beyond these to determine whether these results have any connection to dark matter.”

If there’s one thing physicists can agree on, it’s that the Standard Model cannot explain the longstanding evidence that there’s something about the way our universe is put together that we don’t understand.

“We need to keep looking,” Kling says. “If we don’t look everywhere where we can, then we will not find anything.

“Sometimes these anomalous results can give us the right hint. Many discoveries in physics or particle physics within the last 100 years kind of arise because there was some anomalous result that just suddenly appeared that no one expected but it was just there. Then we started to learn something new.”