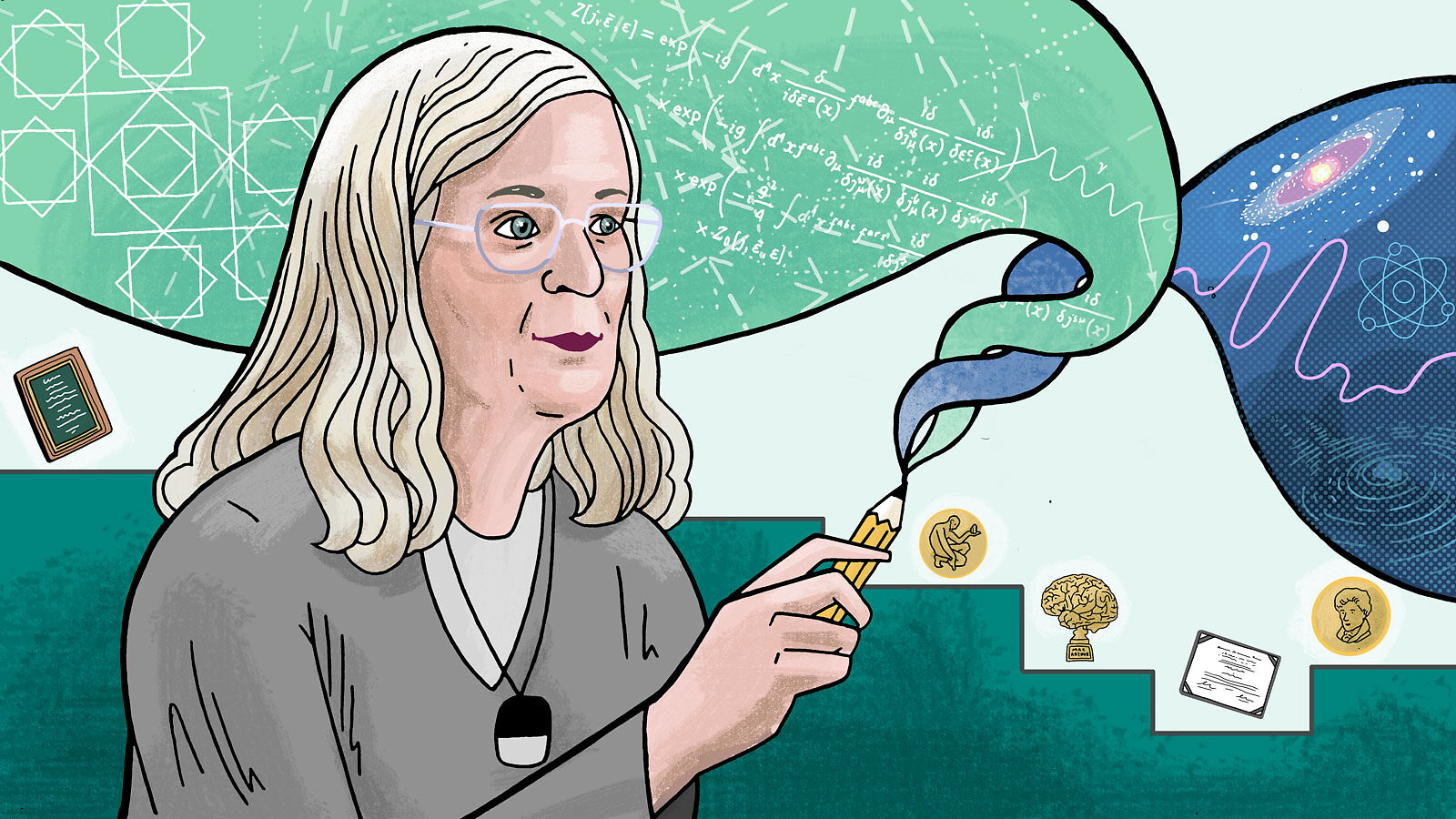 A few years after the 1957 launch of Sputnik, the first artificial satellite to orbit the Earth, Karen Uhlenbeck was studying physics at the University of Michigan. The launch set off a series of events that would lead Uhlenbeck to an influential career in mathematics and a history-making turn as the first female recipient of one of the top prizes in the field.

In response to Sputnik, Congress passed the National Defense Education Act, which created new opportunities for aspiring scientists, engineers and mathematicians and included a push for women and minorities to pursue those careers. In response, the University of Michigan added extra advanced courses—including one that, for Uhlenbeck, changed everything.

“It was an honors math course,” Uhlenbeck recalls. “I got into this class, and I remember how much I liked it, and I discovered you could do all sorts of things with math that I had no idea about. I still remember when someone told me how to first take a derivative, working through the limits, and I thought, ‘Gosh, you’re allowed to do that. That’s awesome!’”

In the decades since, her work in the field of mathematical physics has earned her numerous honors and awards, including the 1988 Noether Lecture award, the National Medal of Science in 2001, and the 2007 Steele Prize for a Seminal Contribution to Mathematical Research from the American Mathematical Society.

“Probably the thing that made the biggest difference in my life was getting a MacArthur Fellowship,” Uhlenbeck says. “When I got the fellowship, I felt obliged to become more ambitious.”

The MacArthur Fellowship, also known as a Genius Grant, is awarded annually to a select 20 or so individuals who show originality and promise in their fields. By the time Uhlenbeck received it in 1983, she’d helped develop a field called geometric analysis and was well on her way to another breakthrough. 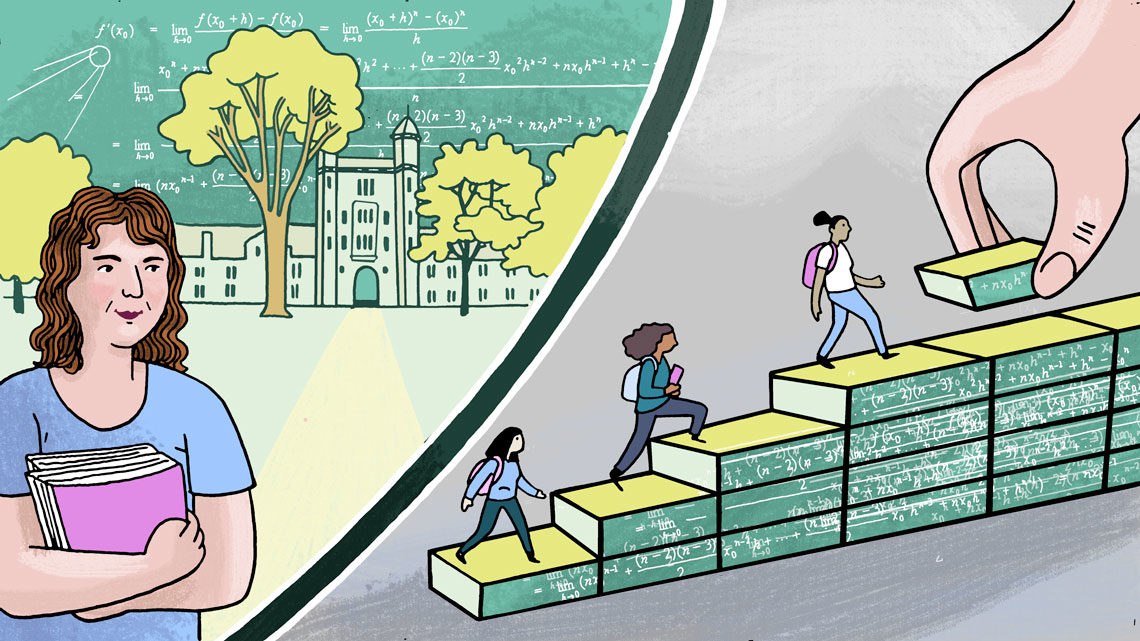 “In some sense she is the first person who laid an analytical foundation to study Yang-Mills equations,” says Sun-Yung Alice Chang, a mathematician at Princeton University who also served on the Abel Prize committee that elected Uhlenbeck.

The committee chose Uhlenbeck out of five candidates in the final round for the 2019 Abel Prize.

“She sort of crosses fields,” Chang says. “She has this technique in analysis, and she looks at problems in geometry and physics and combines the two. She has very original thinking. She looks at things from different angles and that leads to new breakthroughs in mathematics.”

Uhlenbeck remembers the day she learned she had won the prize: “When I came out of church, I noticed that I had a text message from my colleague saying someone from Norway was trying to call me,” Uhlenbeck says. She says she immediately called them back to learn the news. “I was, of course, amazed.”

Uhlenbeck is the first woman to win the Abel Prize in its 17-year history.

She has made noteworthy contributions to mathematics outside those recognized by the award. She is known for her willingness to help others around her, especially women and underrepresented minorities, says Dan Knopf, a professor of mathematics at the University of Texas at Austin who worked a few offices down from Uhlenbeck before she retired.

“That’s a place where she excelled,” Knopf says. “She was very generous with her time and the resources of her endowed chair to support graduate students, to support postdoctoral researchers.

“She cares very much about paying it forward and supporting anyone from a traditionally underrepresented background trying to get their foot in the door. She’s one of my favorite humans on the planet.”

Among other projects, Uhlenbeck co-founded the Women and Mathematics program at the Institute for Advanced Study in Princeton, New Jersey; the Park City Mathematics Institute; and the Distinguished Women in Mathematics Lecture Series at the University of Texas at Austin. A portion of her Abel Prize money will go to continue this work, she says.

“I gave half of it away to be used to encourage underrepresented minorities in mathematics,” she says. “I’m making similar donations to my favorite environmental organizations and the National Academy of Science.” As for the remainder, “I haven’t decided what I’m going to do with that.”

Her advice for aspiring mathematicians: “Look for interesting problems and don’t work on a field just because everybody else is doing it.”