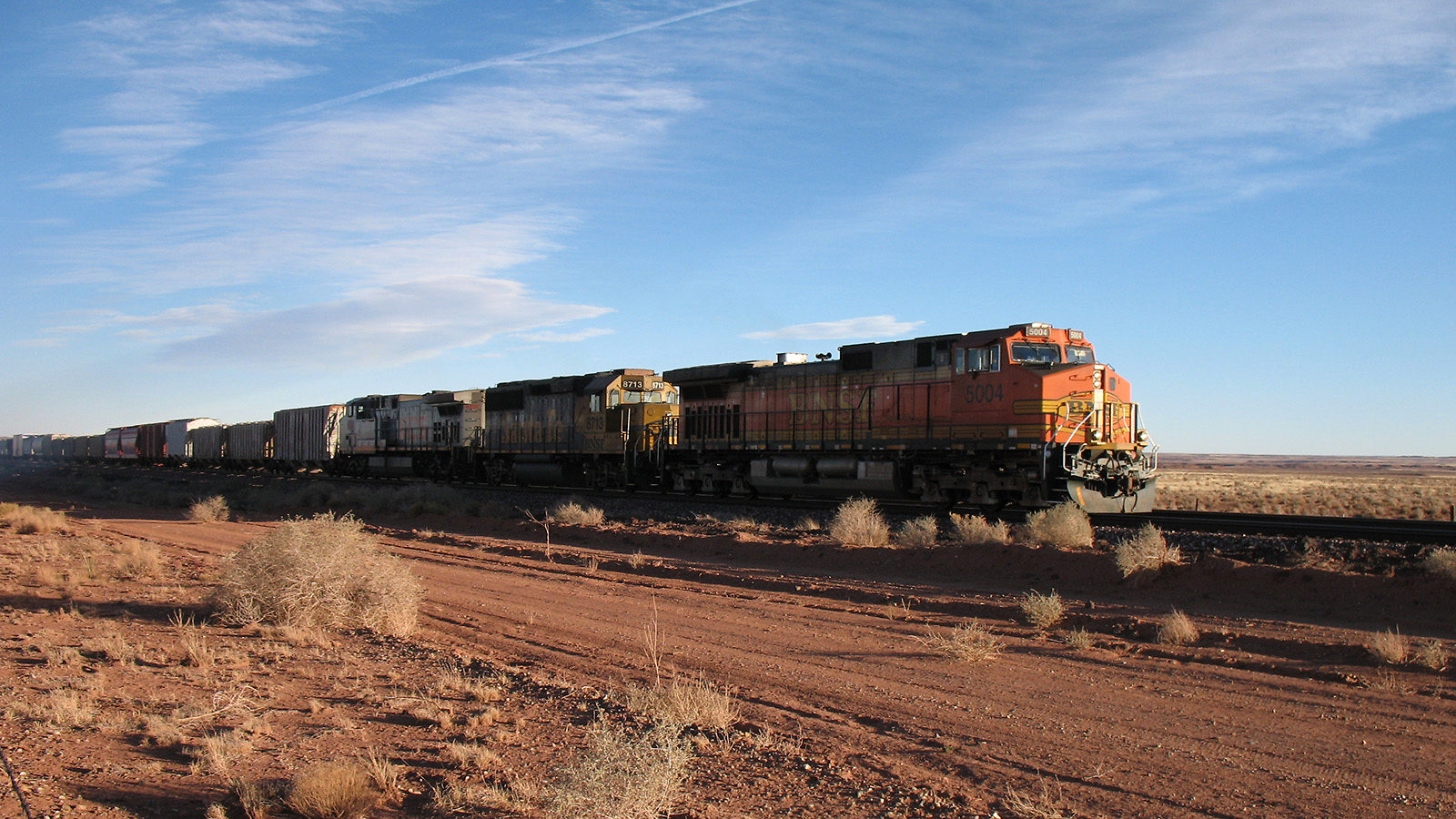 Browsing YouTube late at night, Fermilab Technical Specialist Derek Plant stumbled on a series of videos that all begin the same way: a large vehicle—a bus, semi or other low-clearance vehicle—is stuck on a railroad crossing. In the end, the train crashes into the stuck vehicle, destroying it and sometimes even derailing the train. According to the Federal Railroad Administration, every year hundreds of vehicles meet this fate by trains, which can take over a mile to stop.

“I was just surprised at the number of these that I found,” Plant says. “For every accident that’s videotaped, there are probably many more.”

Inspired by a workplace safety class that preached a principle of minimizing the impact of accidents, Plant set about looking for solutions to the problem of trains hitting stuck vehicles.

Railroad tracks are elevated for proper drainage, and the humped profile of many crossings can cause a vehicle to bottom out. “Theoretically, we could lower all the crossings so that they’re no longer a hump. But there are 200,000 crossings in the United States,” Plant says. “Railroads and local governments are trying hard to minimize the number of these crossings by creating overpasses, or elevating roadways. That’s cost-prohibitive, and it’s not going to happen soon.”

Other solutions, such as re-engineering the suspension on vehicles likely to get stuck, seemed equally improbable.

After studying how railroad signaling systems work, Plant came up with an idea: to fake the presence of a train. His invention was developed in his spare time using techniques and principles he learned over his almost two decades at Fermilab. It is currently in the patent application process and being prosecuted by Fermilab’s Office of Technology Transfer.

“If you cross over a railroad track and you look down the tracks, you’ll see red or yellow or green lights,” he says. “Trains have traffic signals too.”

These signals are tied to signal blocks—segments of the tracks that range from a mile to several miles in length. When a train is on the tracks, its metal wheels and axle connect both rails, forming an electric circuit through the tracks to trigger the signals. These signals inform other trains not to proceed while one train occupies a block, avoiding pileups.

Plant thought, “What if other vehicles could trigger the same signal in an emergency?” By faking the presence of a train, a vehicle stuck on the tracks could give advanced warning for oncoming trains to stop and stall for time. Hence the name of Plant’s invention: the Ghost Train Generator.

To replicate the train’s presence, Plant knew he had to create a very strong electric current between the rails. The most straightforward way to do this is with massive amounts of metal, as a train does. But for the Ghost Train Generator to be useful in a pinch, it needs to be small, portable and easily applied. The answer to achieving these features lies in strong magnets and special wire.

“Put one magnet on one rail and one magnet on the other and the device itself mimics—electrically—what a train would look like to the signaling system,” he says. “In theory, this could be carried in vehicles that are at high risk for getting stuck on a crossing: semis, tour buses and first-response vehicles,” Plant says. “Keep it just like you would a fire extinguisher—just behind the seat or in an emergency compartment.”

Once the device is deployed, the train would receive the signal that the tracks were obstructed and stop. Then the driver of the stuck vehicle could call for emergency help using the hotline posted on all crossings.

Plant compares the invention to a seatbelt.

“Is it going to save your life 100 percent of the time? Nope, but smart people wear them,” he says. “It’s designed to prevent a collision when a train is more than two minutes from the crossing.”

And like a seatbelt, part of what makes Plant’s invention so appealing is its simplicity.

“The first thing I thought was that this is a clever invention,” says Aaron Sauers from Fermilab’s technology transfer office, who works with lab staff to develop new technologies for market. “It’s an elegant solution to an existing problem. I thought, ‘This technology could have legs.’”

The organizers of the National Innovation Summit seem to agree.  In May, Fermilab received an Innovation Award from TechConnect for the Ghost Train Generator. The invention will also be featured as a showcase technology in the upcoming Defense Innovation Summit in October.

The Ghost Train Generator is currently in the pipeline to receive a patent with help from Fermilab, and its prospects are promising, according to Sauers. It is a nonprovisional patent, which has specific claims and can be licensed. After that, if the generator passes muster and is granted a patent, Plant will receive a portion of the royalties that it generates for Fermilab.

Fermilab encourages a culture of scientific innovation and exploration beyond the field of particle physics, according to Sauers, who noted that Plant’s invention is just one of a number of technology transfer initiatives at the lab.

“It’s just a general problem-solving state of mind,” he says. “That’s the philosophy we have here at the lab.”