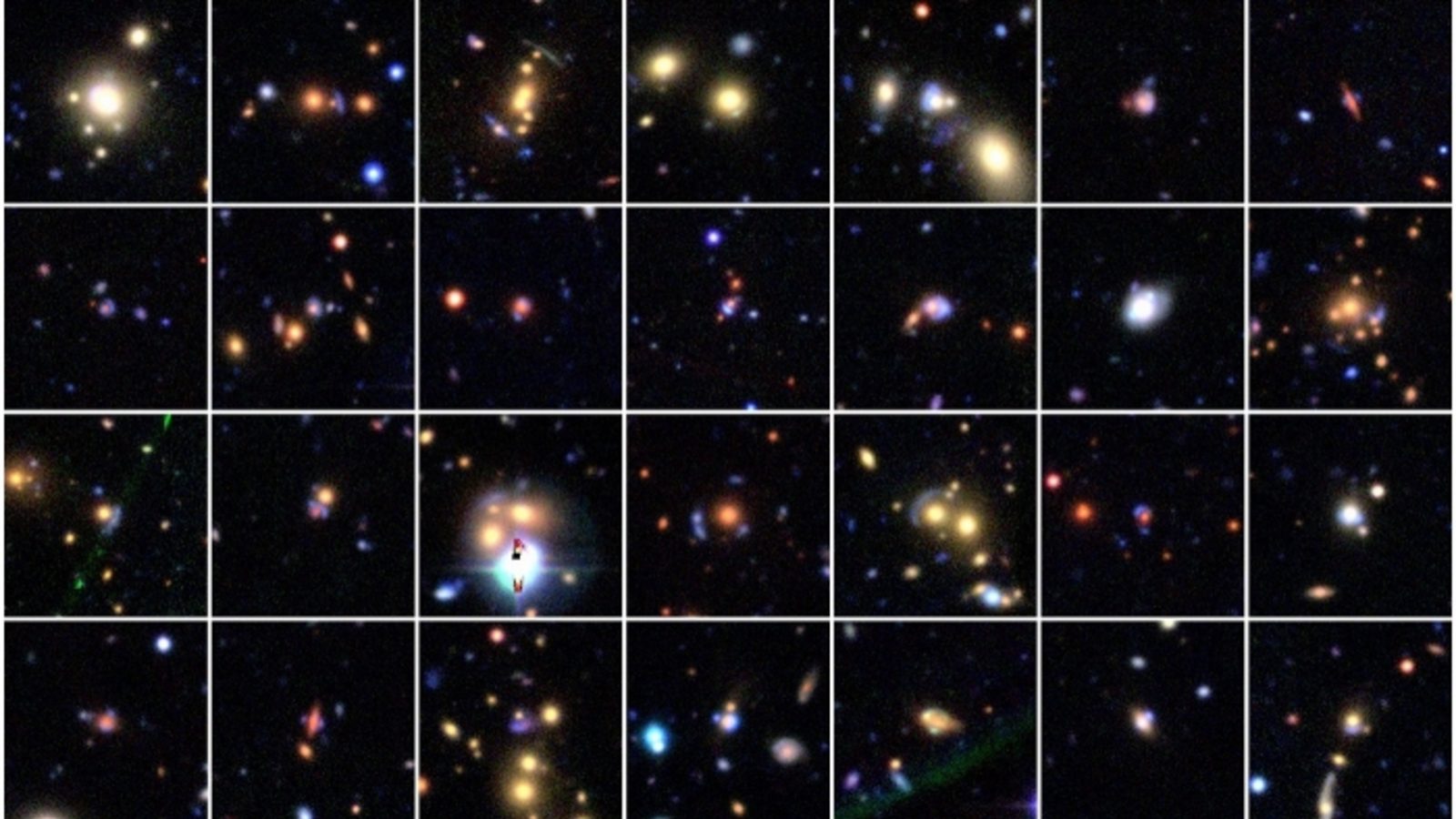 When amateur astronomer Julianne Wilcox first moved and traded the star-covered firmament of Petervale, South Africa, for the light-cluttered sky of London, she feared that she would no longer be able to indulge in her passion for astronomy.

Then she discovered a new way of doing what she loves: online citizen science projects that engage amateurs like her in the analysis of real astronomical data.

Wilcox is one of 37,000 citizen scientists involved in two papers accepted for publication in the journal Monthly Notices of the Royal Astronomical Society. The papers report the discovery of 29 potential new gravitational lenses—objects such as massive galaxies and galaxy clusters that distort light from faraway galaxies behind them. An additional 30 promising objects may turn out to be lenses, too.

Amateur scientists from all walks of life identified the new objects using Space Warps, a web-based gravitational lens discovery platform. They did so by marking lens-like features in some 430,000 images of the Canada-France-Hawaii Telescope Legacy Survey.

Researchers can now point their telescopes at the newly identified objects and study them in more detail.

“In addition to its immediate scientific output, Space Warps is also a great platform to figure out how to get citizen scientists involved in future large-scale astronomical surveys,” says Phil Marshall, Space Warps principle investigator for the Kavli Institute for Particle Astrophysics and Cosmology, a joint institute of SLAC National Accelerator Laboratory and Stanford University.

The Large Synoptic Survey Telescope, for instance, will begin in the early 2020s to capture images of the entire southern night sky in unprecedented detail. In the process, it’ll generate about 6 million gigabytes of data per year. Researchers hope that the public can help with processing these gigantic streams of information.

Apart from distributing a lot of work among a large number of people, crowdsourcing also appears to be well suited for the analysis of complex data.

“In our experience, humans are doing much better than computer algorithms in identifying faint and complex objects such as gravitational lenses that are not that obvious,” says Anupreeta More, Space Warps principle investigator for the Kavli Institute for the Physics and Mathematics of the Universe in Tokyo. “We can use what we’ve learned about how volunteers identify new objects to develop smarter algorithms.”

Citizen scientists also excel at spotting unexpected things. For example, when asked to look for typically bluish lens-like features in images of another survey, Space Warps users spotted an object with strong red-colored arcs—a gravitational lens bending light from a particularly interesting star-forming galaxy behind it.

“Our users have identified several stunning objects like this,” says Aprajita Verma, Space Warps principal investigator for the University of Oxford. “It shows that citizen scientists are very flexible and understand the larger context of the images they’re shown.”

But crowdsourced science benefits more than just the researchers, says Wilcox, who avidly participates in a variety of astronomy-focused projects.

“Citizen science is a two-way process,” she says. “Getting astronomical objects classified is one aspect, but it also sparks off an interest in research in people without a science background.”

As one of Space Warps’ expert users, Wilcox not only looks for gravitational lenses but also moderates the project’s community discussions and helps further analyze identified objects—contributions that have earned her and her fellow moderators Elisabeth Baeten, Claude Cornen and Christine Macmillan a spot on the author lists of the two Space Warps papers.

“It’s great to be on the papers,” she says. “It really shows the amazing opportunities that are available to citizen scientists.” Wilcox hopes that her example could help getting even more volunteers interested in people-powered research.

The sky’s the limit; try it yourself at spacewarps.org, or get involved in the Zooniverse, a citizen science platform of currently 33 projects covering various scientific disciplines.