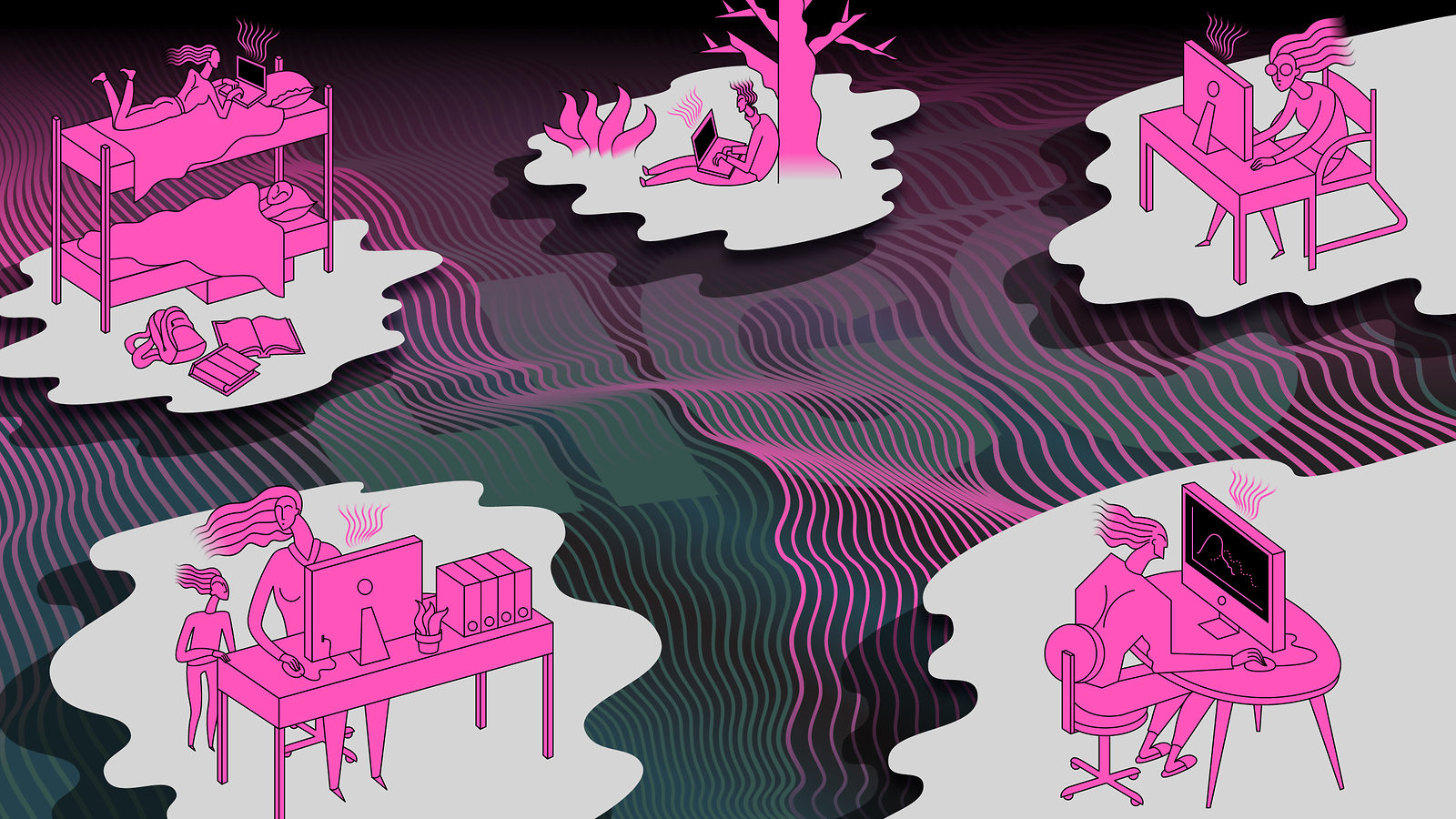 A new project pairs volunteers and machine learning to sort through data from LIGO.

Barbara Téglás was looking to try something different while on a break from her biotechnology work.

So she joined Zooniverse, a website dedicated to citizen science projects, and began to hunt pulsars and classify cyclones from her home computer.

“It’s a great thing that scientists share data and others can analyze it and participate,” Téglás says. “The project helps me stay connected with science in other fields, from anywhere.”

In April, at her home in the Caribbean Islands, Téglás saw a request for volunteers to help with a new gravitational-wave project called Gravity Spy. Inspired by the discovery of gravitational waves by the Laser Interferometer Gravitational-wave Observatory, or LIGO, she signed up the same day.

“To be a complete outsider and have the opportunity to contribute to an astrophysics project such as LIGO, it’s extraordinary,” Téglás says.

Tuning out the noise

It took a century after Albert Einstein predicted the existence of gravitational waves—or ripples in space-time—for scientists to build an instrument sophisticated enough to see them. LIGO observed these ripples for the first (and second) time, using two L-shaped detectors called interferometers designed to measure infinitesimal changes in distance. These changes were generated by two black holes that collided a billion years in the past, giving off gravitational waves that eventually passed through Earth. As they traveled through our planet, these gravitational waves stretched and shrank the 4-kilometer arms of the detectors.

The LIGO detectors can measure a change in distance about 10,000 times smaller than the diameter of a proton. Because the instruments are so sensitive, this also makes them prone to capturing other vibrations, such as earthquakes or heavy vehicles driving near the detectors. Equipment fluctuations can also create noise.

The noise, also called a glitch, can move the arms of the detector and potentially mimic an astrophysical signal.

The two detectors are located nearly 2000 miles apart, one in Louisiana and the other in Washington state. Gravitational waves from astrophysical events will hit both detectors at nearly the same time, since gravitational waves travel straight through Earth at the speed of light. However, the distance between the two makes it unlikely that other types of vibrations will be felt simultaneously.

“But that’s really not enough,” says Mike Zevin, a physics and astronomy graduate student at Northwestern University and a member of the Gravity Spy science team. “Glitches happen often enough that similar vibrations can appear in both detectors at nearly the same time. The glitches can tarnish the data and make it unusable.”

Gravity Spy enlists the help of volunteers to analyze noise that appears in LIGO detectors.

This information is converted to an image called spectrogram, and the patterns show the time and frequencies of the noise. Shifts in blue, green and yellow indicate the loudness of the glitch, or how much the noise moved the arms of the detector. The glitches show up frequently in the large amount of information generated by the detectors.

“Some of these glitches in the spectrograms are easily identified by computers, while others aren’t,” Zevin says. “Humans are actually better at spotting new patterns in the images.”

The Gravity Spy volunteers are tasked with labeling these hard-to-identify categories of glitches. In addition, the information is used to create training sets for computer algorithms.

As the training sets grow larger, the computers become better at classifying glitches. That can help scientists eliminate the noise from the detectors or find ways to account for glitches as they look at the data.

“One of our goals is to create a new way of doing citizen science that scales with the big-data era we live in now,” Zevin says.

Gravity Spy is a collaboration between Adler Planetarium, California State University-Fullerton, Northwestern University, Syracuse University, University of Alabama at Huntsville, and Zooniverse. The project is supported by an interdisciplinary grant from the National Science Foundation.

About 1400 people volunteered for initial tests of Gravity Spy. Once the beta testing of Gravity Spy is complete, the volunteers will look at new images created when LIGO begins to collect data during its second observing run. 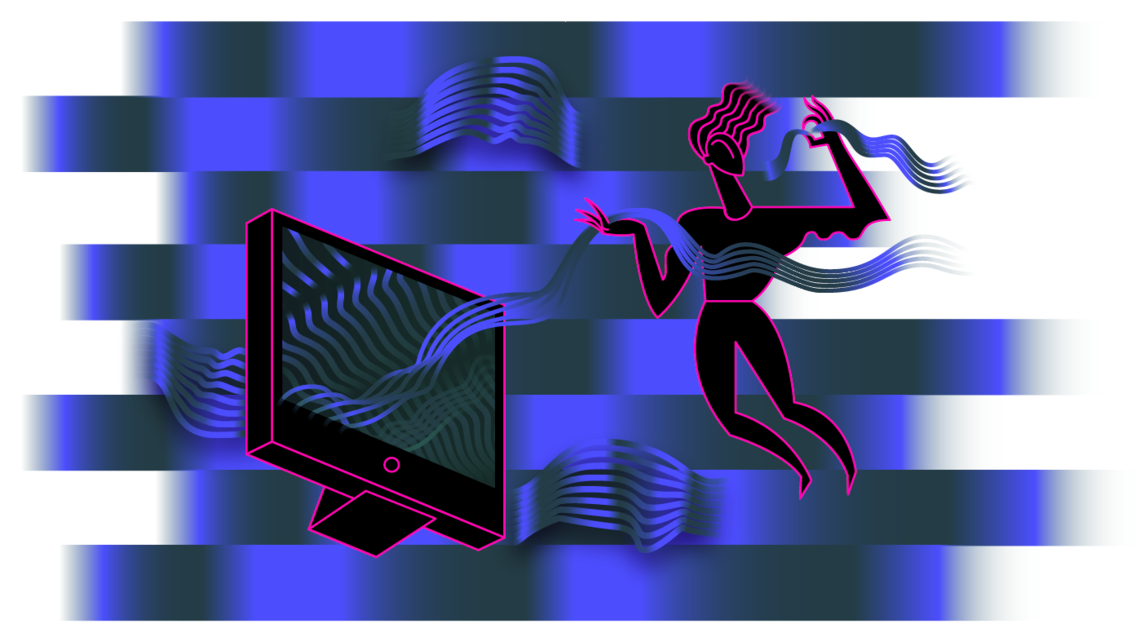 The project also provides an avenue for human-computer interaction research.

Another goal for Gravity Spy is to learn the best ways to keep citizen scientists motivated while looking at immense data sets, says Carsten Oesterlund, information studies professor at Syracuse University and member of the Gravity Spy research team.

“What is really exciting from our perspective is that we can look at how human learning and machine learning can go hand-in-hand,” Oesterlund says. “While the humans are training the machines, how can we organize the task to also facilitate human learning? We don’t want them simply looking at image after image. We want developmental opportunities for the volunteers.”

The researchers are examining how to encourage the citizen scientists to collaborate as a team. They also want to support new discoveries, or make it easier for people to find unique sets of glitches.

One test involves incentives—in an earlier study, the computing researchers found if a volunteer knows that they are the first to classify an image, they go on to classify more images.

“We’ve found that the sense of novelty is actually quite motivating,” says Kevin Crowston, a member of the Gravity Spy science team and associate dean for research at Syracuse University’s School of Information Studies.

Almost every day, Téglás works on the Gravity Spy project. When she has spare time, she sits down at her computer and looks at glitches. Since April, she’s classified nearly 15,000 glitches and assisted other volunteers with hundreds of additional images through talk forums on Zooniverse.

On her first day with Gravity Spy, Téglás helped identify a new type of glitch. Later, she classified another unique glitch called “paired doves” after its repeating, chirp-like patterns, which closely mimic the signal created by binary black holes. She’s also found several new variations of known glitches. Her work is recognized in LIGO’s log, and the newly found glitches are now part of the official workflow for the experiment.

“For this project, you’re not only using your eyes,” Téglás says. “It’s also an opportunity to understand an important experiment in modern science.”