China’s Beijing Electron-Positron Collider seems to be hosting a reunion; members of a poorly understood family of particles keep popping up in their data, which may help clarify the properties of this reclusive family. 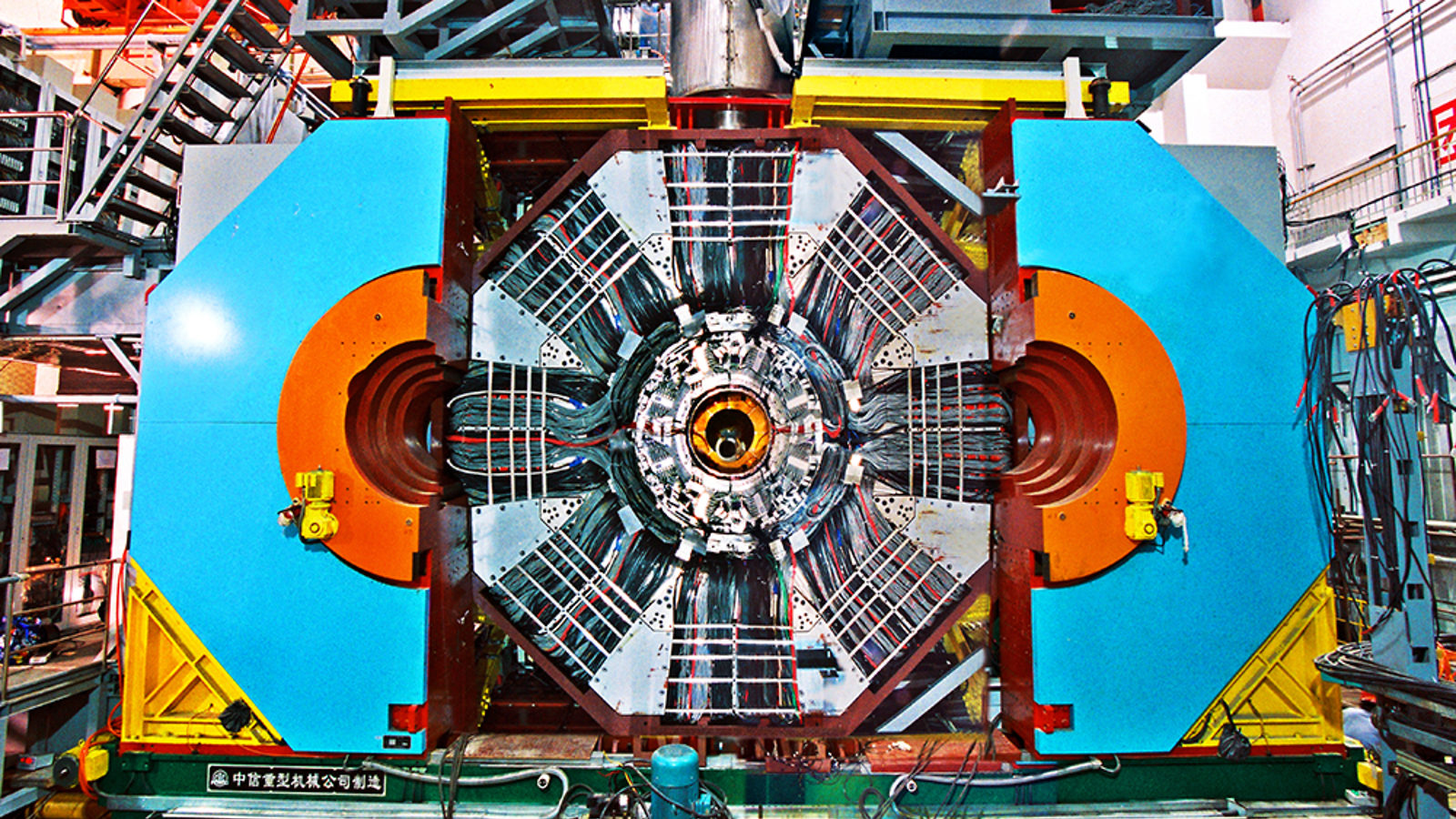 While much of the world’s attention remains transfixed on the Large Hadron Collider and its discovery of the Higgs boson, a continent away, another, smaller particle accelerator is churning out particles—including at least two brand-new and completely unexpected ones.

At China’s Beijing Electron-Positron Collider, a 350-member collaboration is looking at a group of particles called XYZ states. These particles “are something different and not yet understood—and therefore very interesting,” says University of Hawaii Professor Fred Harris, who has served as co-leader of the collaboration. Not only are the particles not predicted by the accepted theoretical models, but they also don’t decay as expected.

Since Fall 2012, the Beijing Electron Spectrometer collaboration has discovered at least two new charged particles, whose decays contain a charm quark, an anti-charm quark and additional conventional quarks that give the particle its charge.

Further analyses and more data will reveal insight into these particles, clarifying what they’re made of and how they relate to previously discovered particles.

“We’re not just adding more and more particles,” says Ryan Mitchell, an associate scientist at Indiana University who spent the past year in Beijing working on the BES-III experiment. “In fact, it’s the opposite. The picture is starting to get a little simpler; we’re starting to see patterns.”

The collaboration started by colliding electrons and positrons at just the right energy to produce a particle called Y(4260). Other experiments, including BaBar at SLAC in the United States and Belle at KEK in Japan, had seen this particle previously but were unable to discern much about it because their accelerators were tuned to other energies and because Y(4260) particles were produced only indirectly via relatively rare processes. All that added up to just not seeing enough Y(4260) particles to be able to understand them well.

By tuning their experiment to exactly 4260 million electronvolts, the BES collaboration produces far more Y(4260) particles. And when they began analyzing their data, BES researchers were surprised to see other, new particles also produced in the collisions.

The first new particle to be discovered is called the Z_c(3900). This particle is unusual because, while it’s been known for quite some time that quarks form other particles by binding together in groups of twos or threes, this particle seems to be composed of four quarks. Since its discovery at the Beijing Electron-Positron Collider earlier this year, the Z_c(3900) has been confirmed by the Belle collaboration and through analysis of data from the CLEO experiment at Cornell University. That makes it the first confirmed Z particle.

More recently, the collaboration discovered other particles, which, like the Z_c(3900), appear to be made of four quarks. Together, these new particles seem to be part of a larger family of four-quark particles.

Overall, the collaboration has seen four unexpected decays: the original Z_c(3900), the Z_c(3885), the Z_c(4020), and the Z_c(4025). However, the properties of two of these decays are somewhat similar to the other two, so it’s possible that what the collaboration is seeing is really four different decays of just two new particles.

The collaboration has also observed a third particle, the X(3872), which was first experimentally observed over a decade ago. Although scientists have long suspected that this particle made up of four quarks, it has been difficult for them to definitively determine its components. The BES collaboration hopes that observations of the X(3872) alongside the Z_c(4020) and Z_c(3900) will soon lead to a more conclusive theoretical interpretation.

In its next run, the collaboration will increase the energy at which the electrons and positrons collide. That should help reveal what exactly these particles are made of and what they have in common.

“The nature of the Y(4260) and Z_c particles can be investigated with more available data at BESIII, which may shed light onto a full understanding of the XYZ particles discovered in recent years,” says Shen Xiaoyan, spokesperson for the BES-III experiment and scientist at the Institute of High Energy Physics in Beijing.