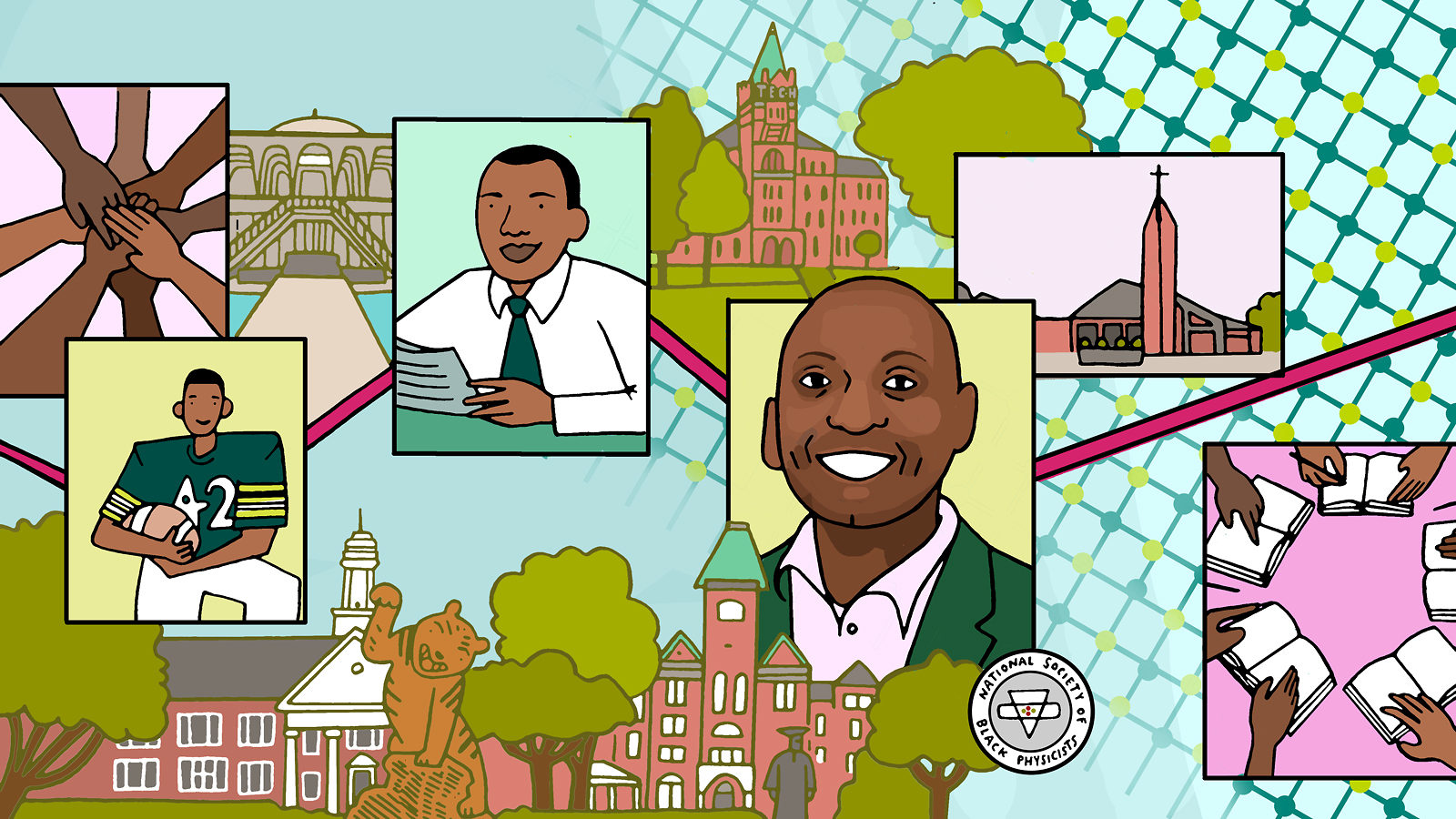 Willie Rockward applied to college with pro football dreams, but a physics scholarship set him on a different path.

“Keep your eye on the ball,” was the stock advice Willie Rockward heard from football coaches as a teenager at in the early 1980s in Houma, Louisiana, just south of New Orleans.

But Rockward, who had a talent for both sports and physics, would come to know better.

“You just need to see the first part of the projectile,” he says. “Once you know the trajectory of the ball, it’s not going to change.”

On the football field, calculating the trajectory of the ball gives a receiver a few critical seconds to evaluate the oncoming defensive team. In Rockward’s life, calculating his own trajectory led him out of sports and into science.

Playing varsity for the South Terrebonne High School Gators, Rockward drew attention with his stellar performance as both a tailback and a flanker. In the off-season, he excelled on the school’s elite track team. He set his sights on playing for Eddie Robinson, a winning coach at nearby Grambling State University who was well known for giving players a pipeline to the pros.

Several Division 1 schools, including Duke and Louisiana State University, offered Rockward scholarships to come play on their teams. But the scholarship offer that arrived from Grambling State wasn’t for football—it was for physics.

Chasing a fascination with lasers, Rockward had excelled in his physics and AP calculus classes. Grambling State was impressed with his high ACT scores and the excellent grades his mother required of him before she’d let him play team sports.

As long as he could play on Robinson’s team, Rockward didn’t care how he got there. He went to Grambling State and played wingback his freshman year.

But he wasn’t a starter, and one particularly brutal hit from a top defensive linebacker knocked him into a new plan.

Football wasn’t paying his tuition bills, and he had a daughter, born while he was in high school, to think about. “OK, time to knuckle down in physics,” he remembers counseling himself, and he left the team.

Rockward’s athletic discipline and work ethic translated well to hitting the books. He also brought his gregarious team mentality to class. “I was always the one trying to get a study group going,” he says.

He thrived throughout college life, serving as president of the student government and his fraternity, Omega Psi Phi. He excelled at physics, and scholarship offers came from several rigorous schools, including Stanford, MIT and Georgia Tech. But Rockward felt he had been too distracted by his extracurricular interests and wanted to strengthen his academics before attending a top program. So he earned a master’s in physics at University at Albany, SUNY first, then transferred to Georgia Tech. 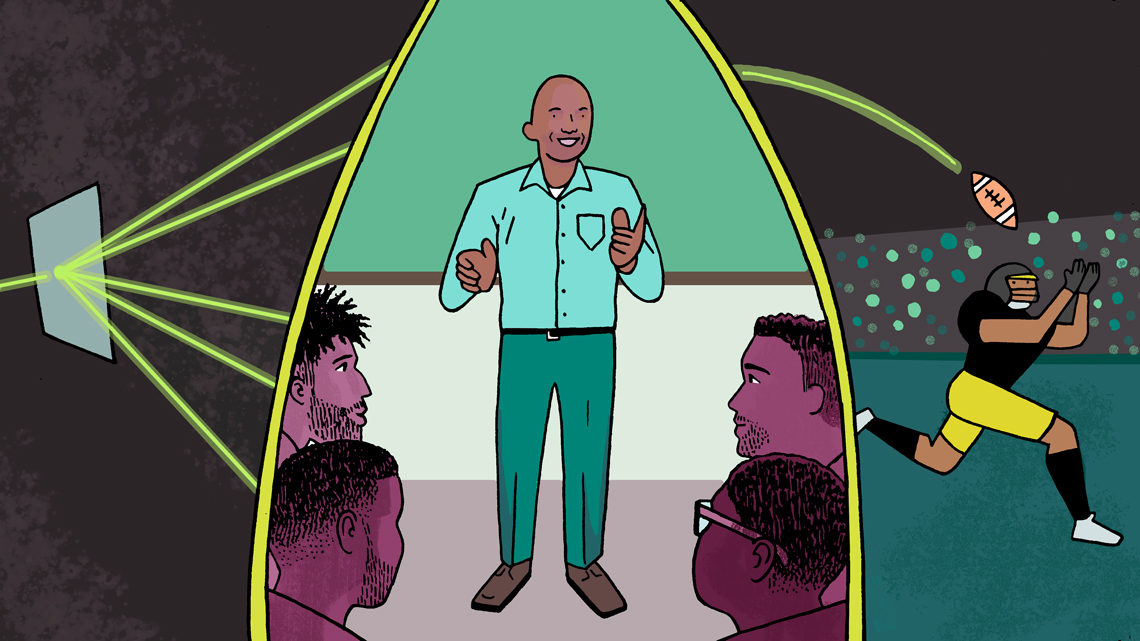 In 1998, Rockward joined the faculty at Morehouse College, a historically Black men’s college in Atlanta. He stayed for 20 years, picking up the nickname “Dr. Rock” and eventually becoming the chair of the Department of Physics and Dual-Degree Engineering Program. As in college, Rockward filled his life with extracurriculars, from marriage and seven children to pastoring at his church for 11 years.

Traveling together, Hill says, “you never feel alone. That builds up your confidence when you’re young, so when you’re older, you have the confidence to be in that environment, even when there aren’t a lot of people who look like you.”

Rockward’s down-to-Earth approach makes a physics degree a “relatable” choice for students who didn’t grow up around a lot of scientists, Hill adds. “Dr. Rock doesn’t speak over your head,” Hill says. “He makes you feel like the field and the PhD—in a technical and social sense—are attainable and accessible.”

When Rockward considers his highlights reel, it’s all about accessibility. “Seeing the student’s light bulb turn on … that’s what gives me excitement and energy,” he says.

“That helps you in relationships,” he advised his students, recalling his days dispensing wisdom as a pastor. “If you can learn to look from somebody else’s perspective, then you’ll start to see some things you hadn’t seen.”

This fall, Rockward gets a new perspective himself. He moves to a job chairing the Physics Department at Morgan State University in Maryland.

Back in college, Rockward worried that his extracurricular activities diluted his academic focus. But today, he feels his wide-ranging interests—sports, family, church, leadership (he’s currently president of the National Society of Black Physicists)—help him grow as scientist and a teacher. In hindsight, he says, the interests that had left him feeling unready had actually made him more prepared.

“I had the balance,” he says. “It made my physics stronger.”